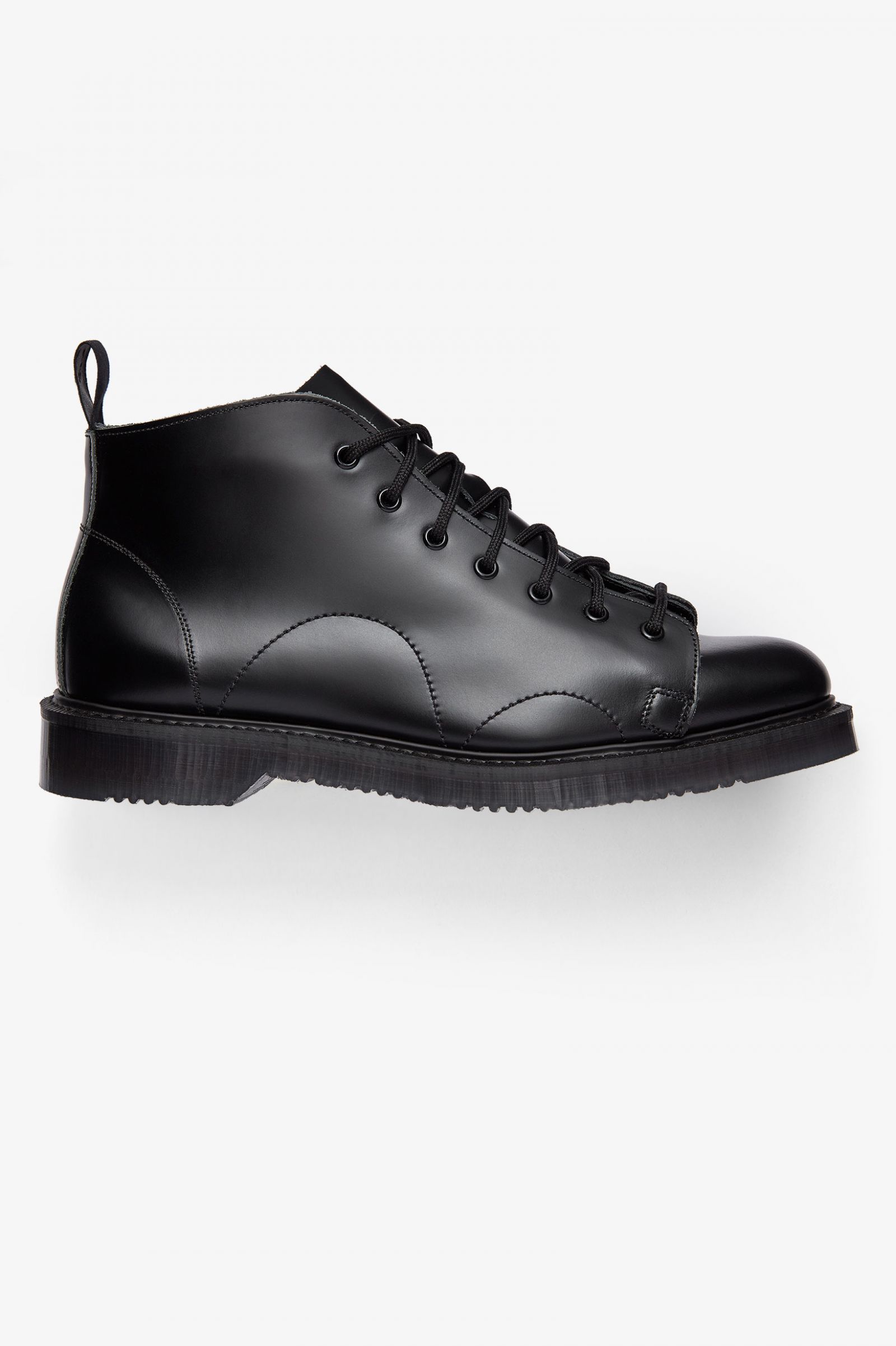 The original George Cox monkey boot from the British shoemakers' archive. Made in England from exceptional-quality leather, with iconic details.

Based in Northampton, England since 1906, the George Cox name is synonymous with quality craftsmanship and British subcultural movements. An original design from the George Cox archive, the monkey boot is based on an early Czechoslovakian army boot and features the same 14-hole construction and side stitch detailing. First adopted by British subcultures in the 1960s, today the monkey boot is just as tough and just as iconic. Made in England, as it always has been.