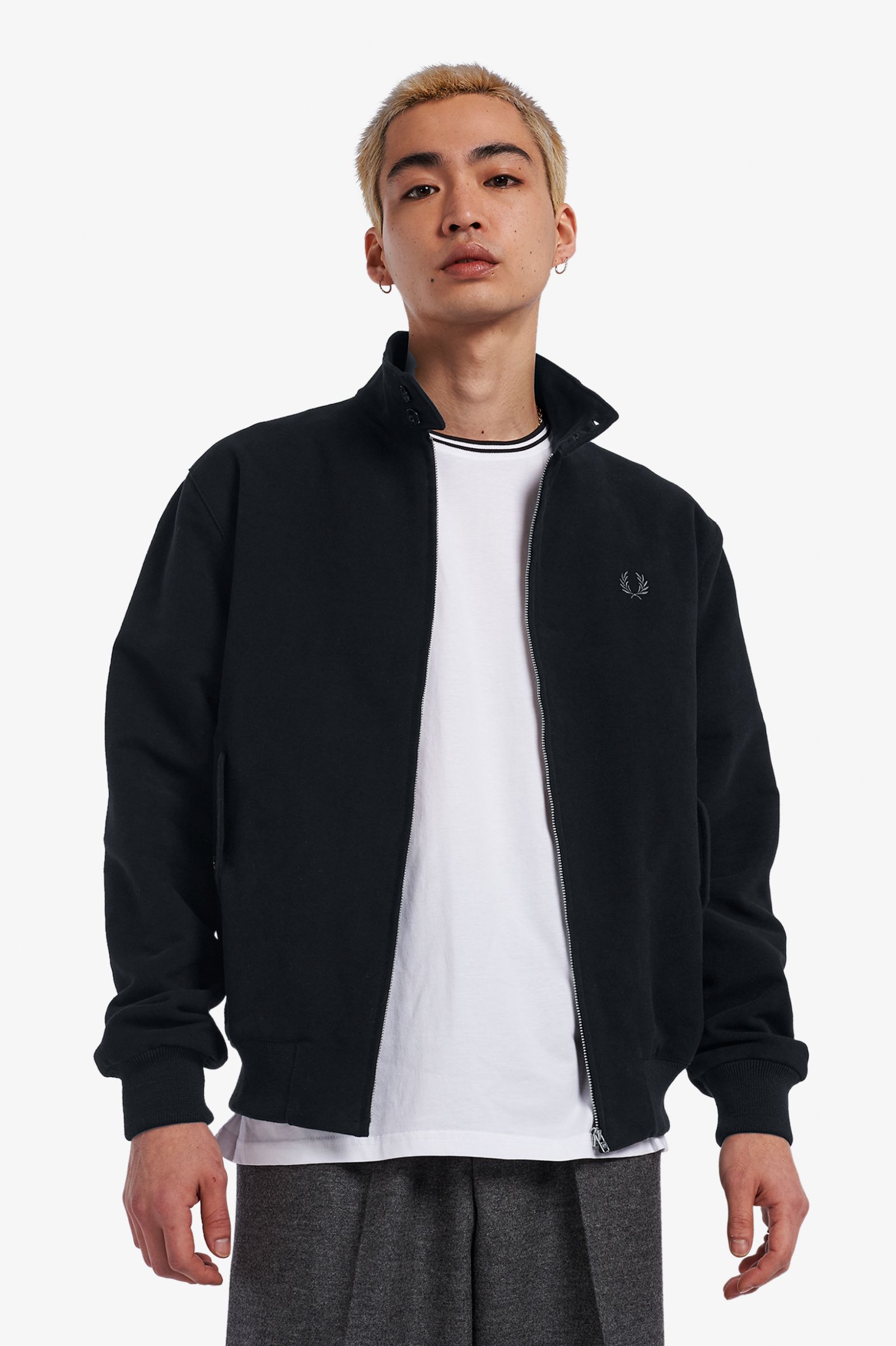 Made In EnglandMoleskin Harrington Jacket

Our Harrington jacket, made in England like it always has been. Constructed from a soft yet durable moleskin fabric with all its signature design details: flap pockets and buttoned neck.

We curate Fred Perry's most intrinsic designs and manufacture them here in England, where it all started. We’re proud to support local factories and manufacturers, whose meticulous care and expertise go into making each product just as it should be. The Harrington first came about in 1930s Britain, but it was the mods of the ‘60s who gave it the cult status it has today. Paired with the Fred Perry Shirt, it became a true piece of tough, hardwearing uniform; the tartan lining a subtle two fingers to the establishment. Made in Wolverhampton, England, our Harrington is crafted from a brushed cotton moleskin from a British supplier.