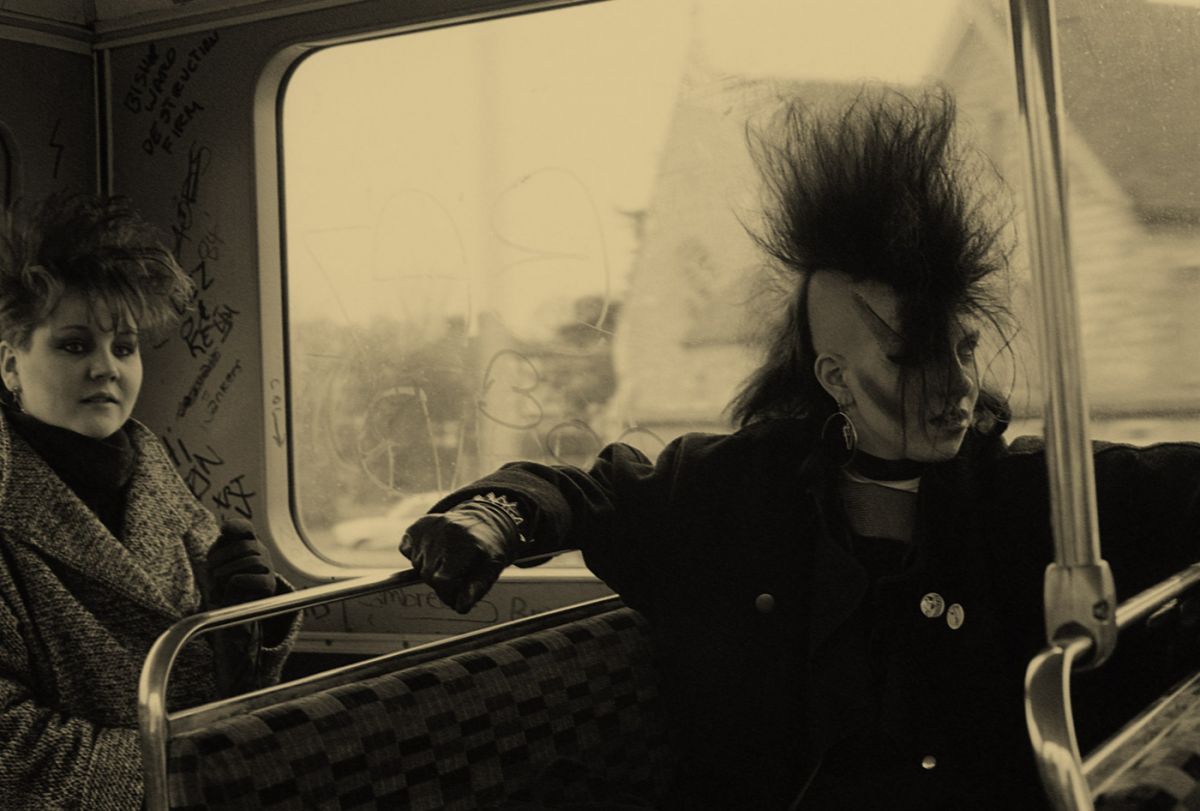 Not for Siouxsie Sioux the dreary beige-wear so typical of mid-1970s Britain. This punk figurehead and – later on - Goth icon sashayed the suburban streets of her teens in startling looks that irked her elders, but were admired amidst the Capital’s burgeoning punk scene. Here, we pay tribute to her subsequent gothic style evolution, which prompted a generation of young women to similarly adopt the dark-glamour of black hair-dye, black clothing and black eyeliner.

When Siouxsie Sioux (real name Susan Ballion) was a teenager, growing up in suburban Bromley in the early 1970s, she loved the music and style of David Bowie and Roxy Music. She also idolised the slinky black catsuit-wearing Catwoman character from the original Batman TV series, as well as the black leather-clad Emma Peel from The Avengers, and thought the camp film, Cabaret, was ultra-cool. By the middle of the decade, her own sense of style channelled aspects of all of the above, but twisted into her own unique and provocative proposal. Siouxsie would variously wear oversized men’s suit jackets, black fishnet stockings, towering stilettoes, a see-through mesh blouse with no bra underneath, T-shirts and boots from Vivienne Westwood and Malcolm McLaren’s boutique SEX, topped off with short, spiky peroxide blonde or dyed black hair (hardly anyone had spiky hair then) and lashings of black eyeliner. She and a small group of like-minded, style-obsessed outsiders, nicknamed The Bromley Contingent, began to attend the early gigs of a new London-based group named the Sex Pistols, before punk had hit the mainstream…

Fast forward to 1976, and Siouxsie plus Steve Severin, Marco Pirroni and Sid Vicious took to the stage as Siouxsie and the Banshees at The 100 Club’s Punk Festival (a two day event which would also play host to the Sex Pistols). They couldn’t really play their instruments, didn’t bother to rehearse, and Siouxsie had never even sung on stage before. But in the DIY spirit of the moment the bold foursome launched into an unrehearsed 20 minutes of noise and mayhem, which included a wailing, dirge-like 20 minutes-long version of the Lord’s Prayer. A punk legend was born.

As Siouxsie and the Banshees, albeit with a different line-up, subsequently gained increased recognition and eventual chart success more and more girls began to adopt the Siouxsie punk ‘look’. By the end of the 70s, however, Siouxsie had moved on and was transforming her appearance into that of a more vampy, yet no less unique, gothic, black-clad figurehead. By the early 80s, she was again spawning legions of teenage female lookalikes, thanks to her towering mane of black crimped-and-backcombed hair, black PVC miniskirts, fishnets, belts, bangles and a white-painted face with heavy black eye make-up even thicker and more pronounced than before. She single-handedly defined the ‘Goth’ look for young women around the world, becoming their glamorous yet tough idol. And her strong sense of individuality has never dimmed during the subsequent decades. Now in her early-60s, Siouxsie looks as fierce as ever. Her hair is still jet black and she is often seen sporting dramatic catsuits dreamt up for her by her fashion designer friend, Pam Hogg. Furthermore, her pioneering gothic styles of yesteryear have continued to inspire some of the most revered fashion designers around, including Hedi Slimane, John Richmond, Rick Owens, Alexander McQueen, Anna Sui, Gareth Pugh, Ann Demeulemeester, Philipp Plein and John Galliano, to name a few. Not bad for a girl from Bromley whom dared to be different.