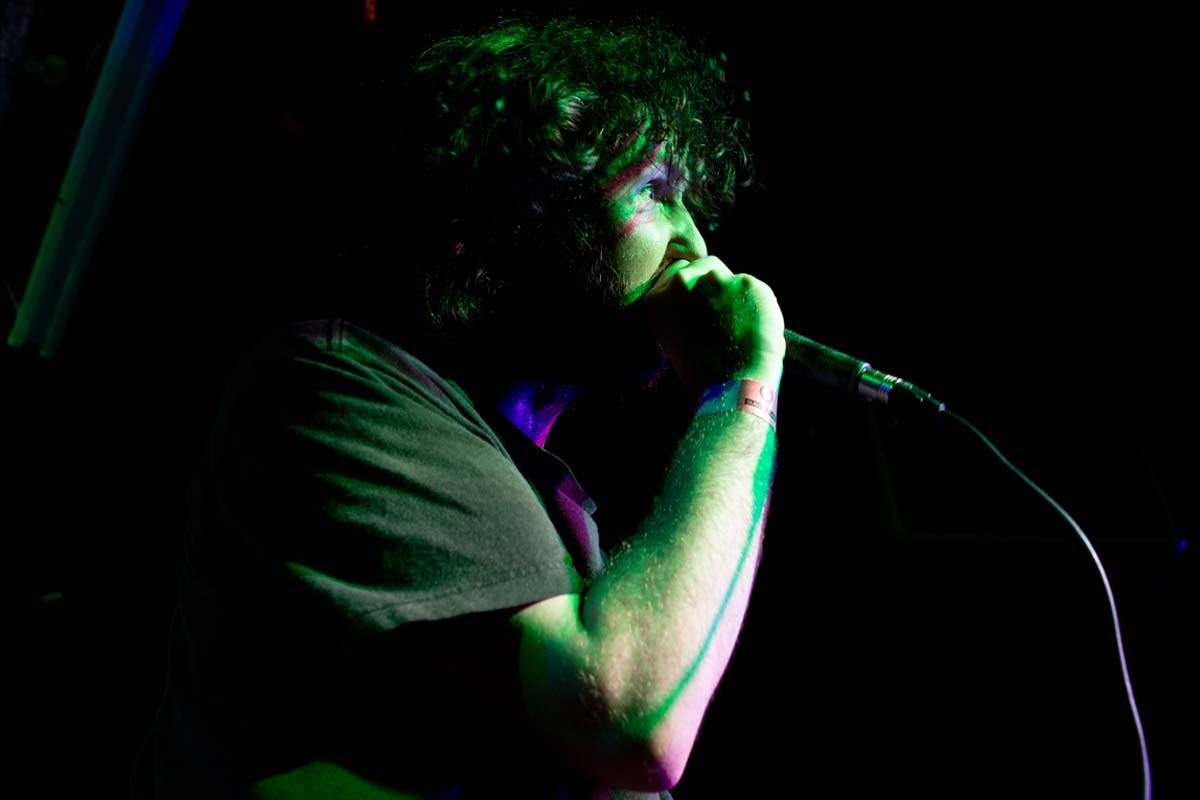 All Our Tomorrows Presents:
Enola Gay

After a year strictly in the digital realm, it is above all a relief to be back at the 100 Club for the indomitable annual music festival All Our Tomorrows. With a track record that includes early career headline shows from Squid, Black Midi and Black Country New Road, you can be sure that at these events, a future obsession will come out of the Woodwork.

Last night, five young, bright-eyed bands brought their unique sounds to the best stage in London for the first time post-pandemic, embellishing the famous red and white backdrop with their own artistic flare.

A matter of hours after the release of their debut single ‘Burglar’, Honeyglaze meander through a particularly enchanting version of it. With songs like this, it’s not hard to see why the band have gone from not existing to being Speedy Wunderground’s brightest new thing in less than a year. 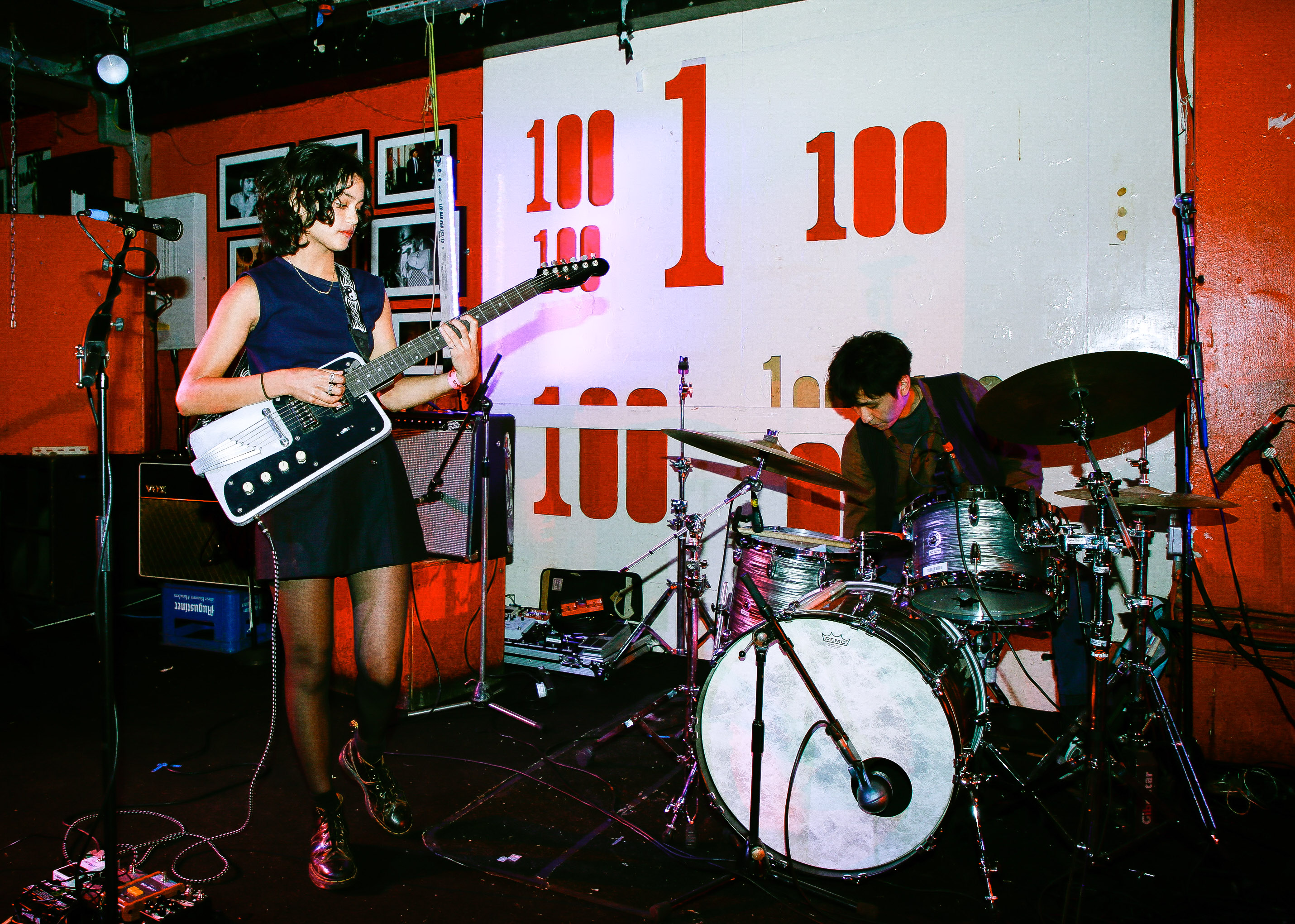 Following on from Honeyglaze, Regressive Left take to the iconic stage, with an answer to the question on everybody’s lips – “what if the ‘L’ in ‘LCD Soundsystem’ stood for Luton?” The three-piece are quite the spectacle, taking an early 00s DFA Records sound and warping it to their own means. Frontman Simon Tyrie interferes with a variety of glitching samplers, whilst drummer Georgia Hardy’s propulsive playing and Will Crosby’s Sonic Youth guitars elevate the band further.

From the first notes of opener ‘Cream Militia’, Regressive Left tap into a euphoric energy, as the crowd moves in tandem with the slick synthesizer wobbles that make up the track’s bassline. ‘Take the Hit’ sounds particularly potent, high octane guitar scronk goes toe-to-toe with Tyrie’s lupine new romantic croon and Hardy’s motorik drumming – atop the chaos, some of the crowd can be heard barking “the left must Take the Hit'', the thunderous chorus. The awesome six-legged noise machine leaves the venue trembling in their wake as they close with zingy debut single ‘Eternal Returns’.

Enola Gay DJs manage the thunderous energy of the crowd post-Reg Left by cranking up the New York flavour further, Ghost Rider by Suicide rings out as the next group tune up. 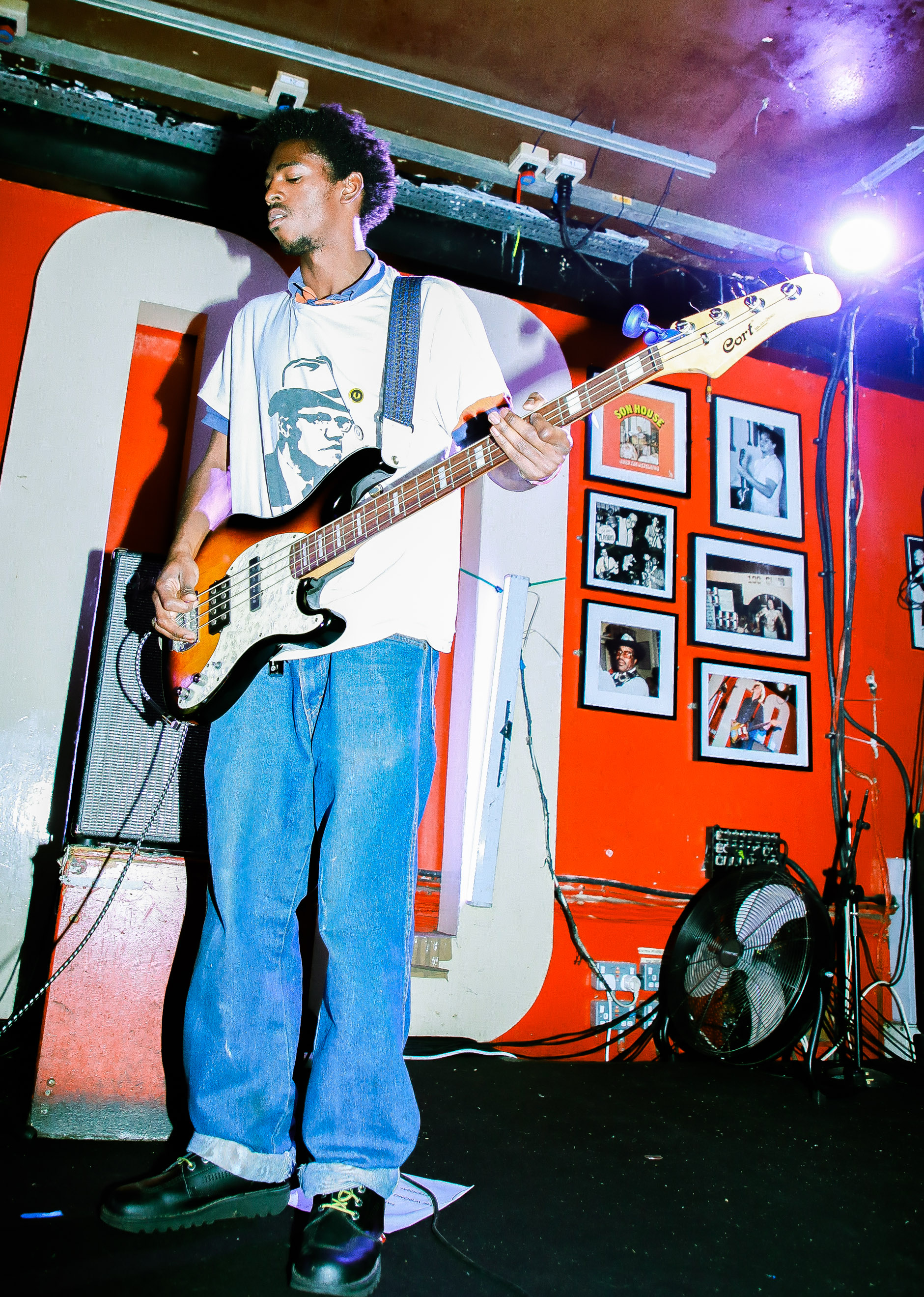 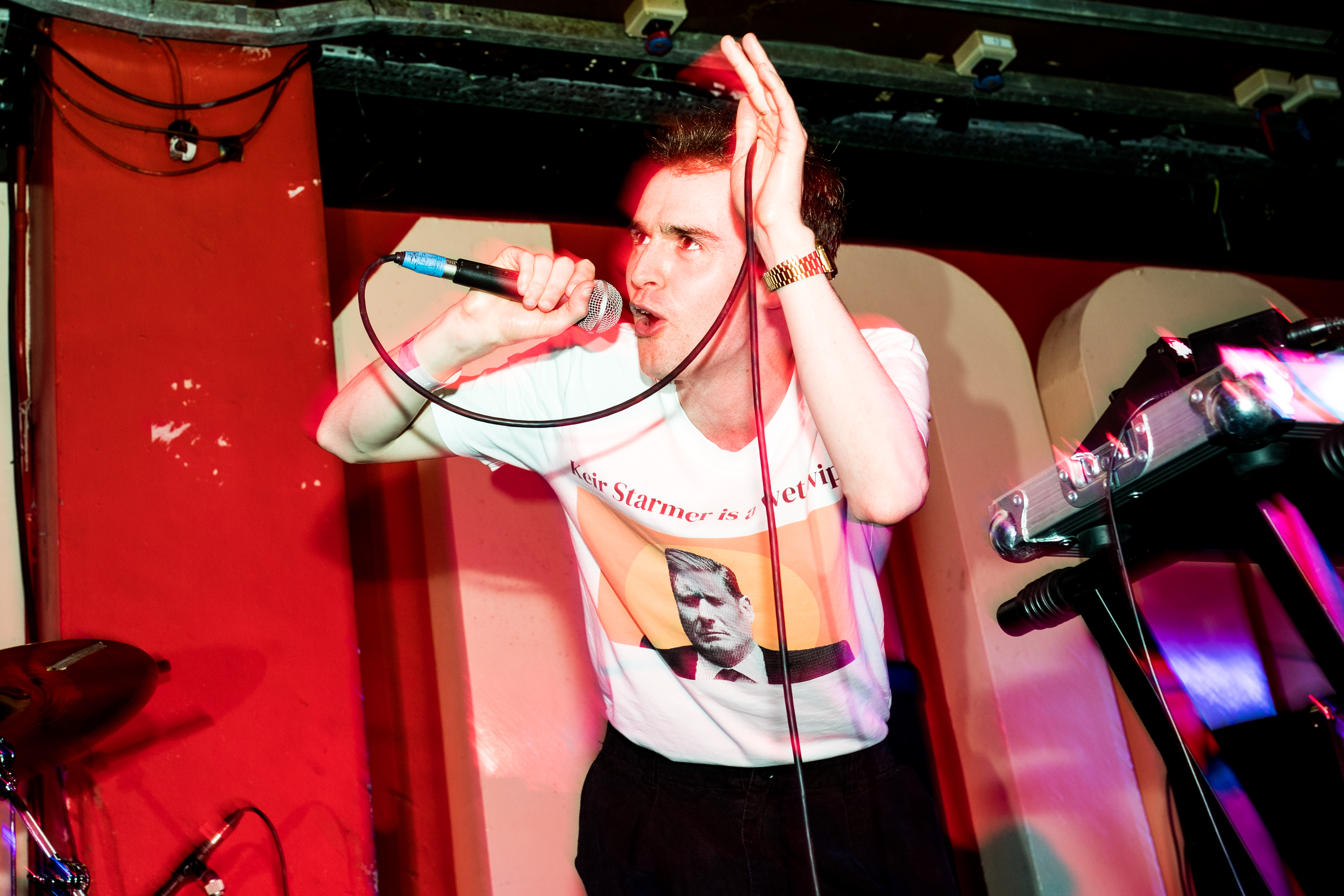 Dastardly quartet Automotion are the third band to play. They boast Liam Gallagher’s son Lennon on rhythm guitar and sometimes vocals, but this is in no way a clue to unlocking their complex sound. Cut from the same cloth as Black Midi, their set consists of sprawling space jams that absorb a diverse range of influences and meld them into something wholly new. There’s face-melting stoner-rock crescendos with thick monolithic riffs, weedy Slint paranoia, and noise-rock passages that see Gallagher and lead guitarist Jesse Hitchman channel the Ranaldo/Thurston axe chemistry on the best Sonic Youth records.

Material from this year’s earlier EP ‘In Motion’ mutates amongst long-form Swans amplifier worship, as Automotion boisterously grapple for the honour of the loudest band of the night. Already, one EP into their career, they boast a tightness and willingness to experiment that many bands never reach, as their set ends with a white noise crescendo and real percussive piledriving from sticksman Otis Eatwell-Hurst. 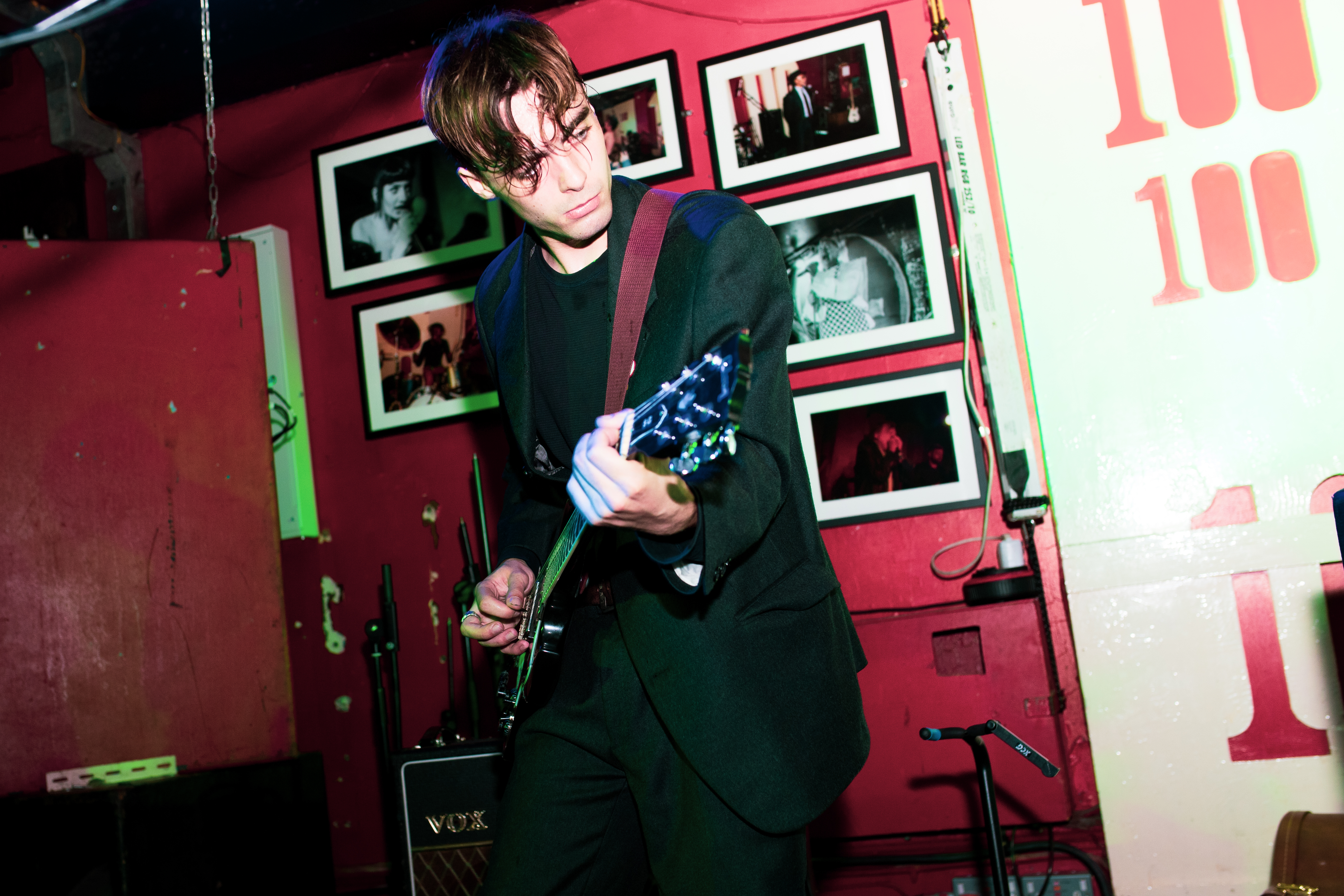 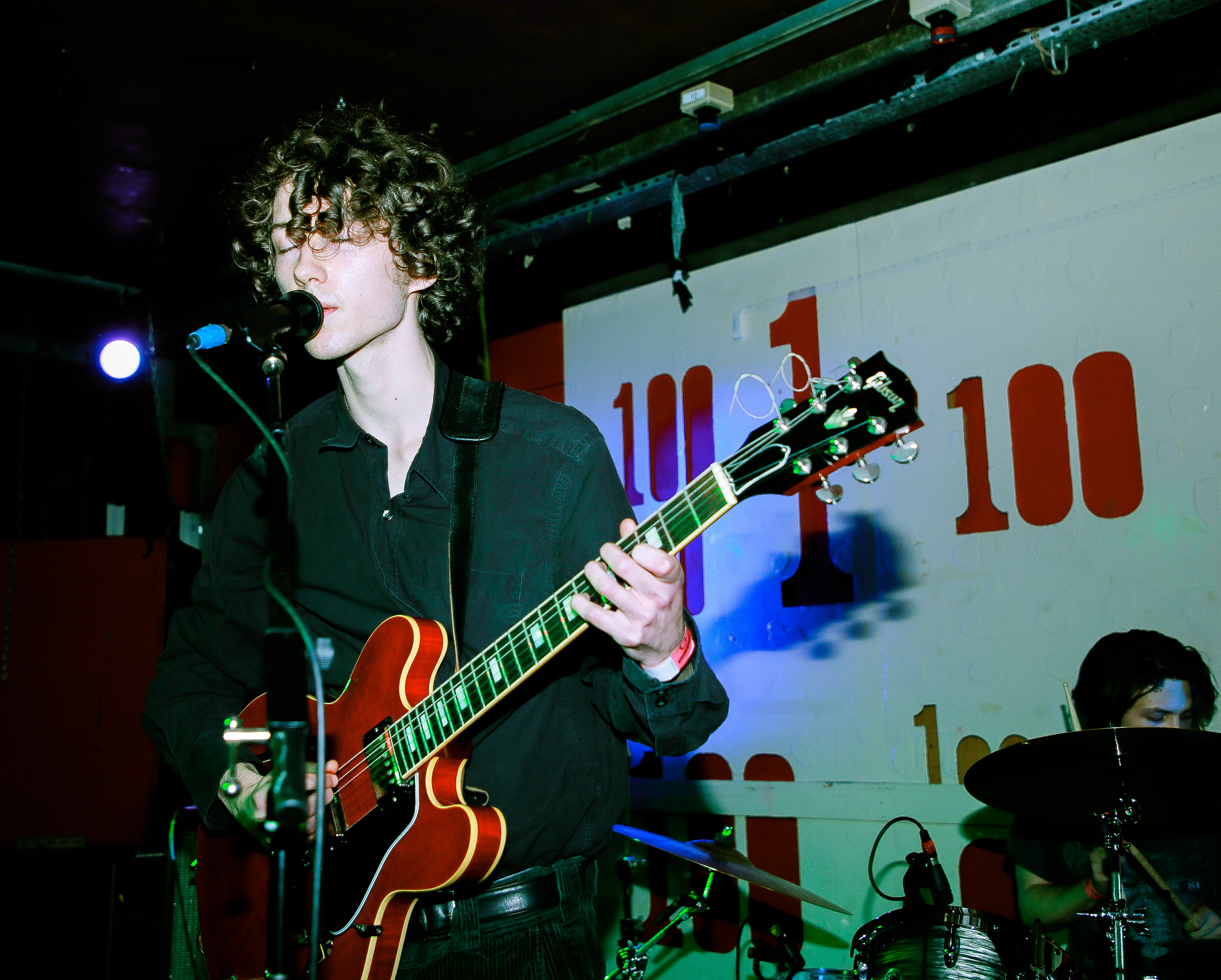 The intensity doesn’t drop off with the fourth band of the night, however – it is dialled up a further notch. Doom-swaying punk group Grandma’s House are a real power trio, whose songs are a real array of grayscale brawlers. Drummer Poppy Dodgson and guitarist Yasmin Berndt hurl vocal duties between each other like a hot potato, taking it in turn to belt out their barbed lyrical snark on tracks like ‘No Place Like Home’.

Zoë Zinsmeister’s basslines rumble malevolently, whilst Berndt’s devilish playing channels the brown acid surf-rock inversions of Gallon Drunk’s ‘Miserlou’. Moments channel the lasso-swinging moonshine-punk of the Gun Club, whilst the last song sees Berndt losing the guitar to turn the three-piece into some kind of evil ESG inversion. Grandma’s House are a total force, captivating throughout their explosive 20 minute set.

Steve Lamacq fills the space between bands with classics old and new, ‘Digital’ by Joy Division spliced back to back with ‘Fixer Upper’ by Yard Act, serving as the perfect aperitif for the headline act, Enola Gay. 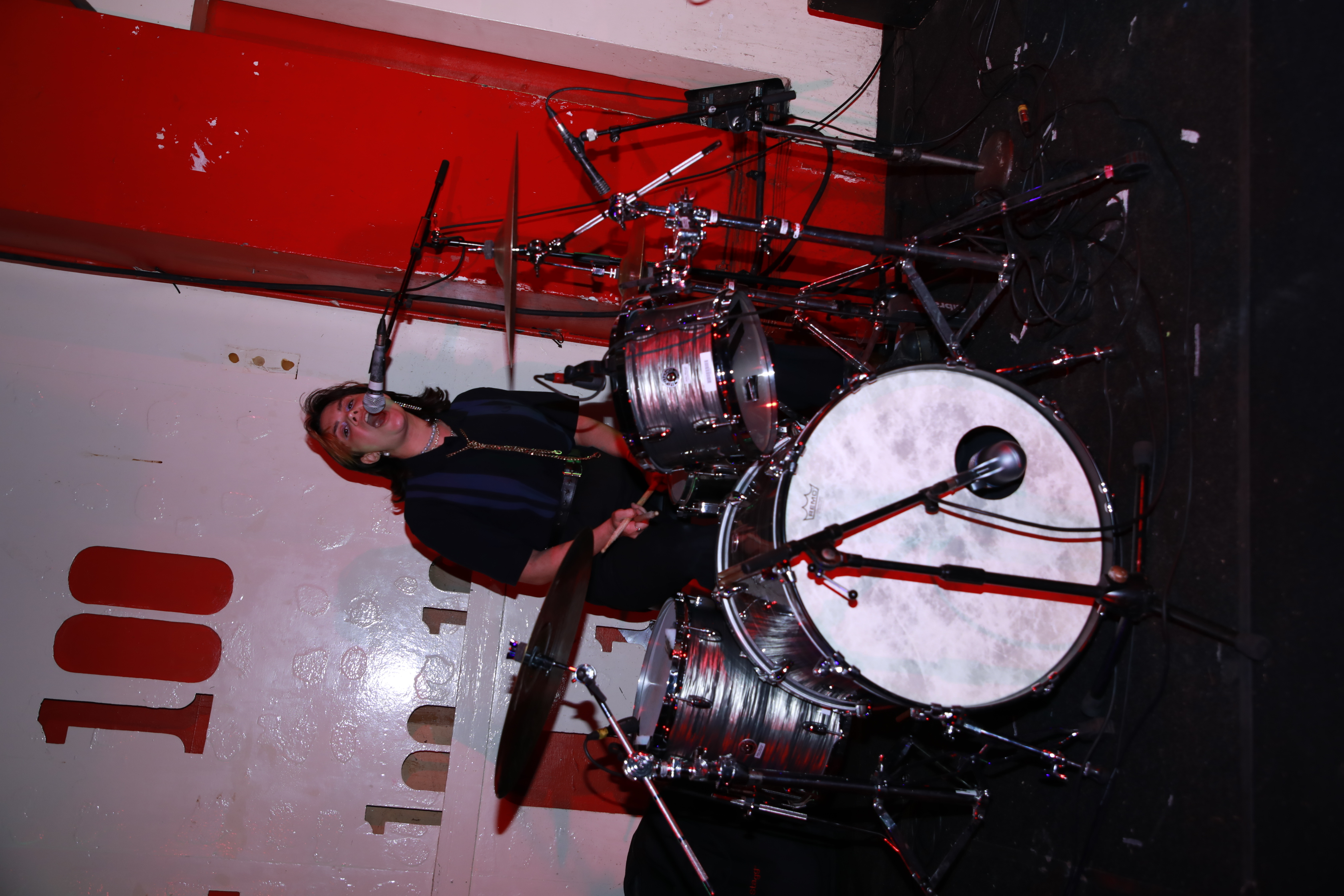 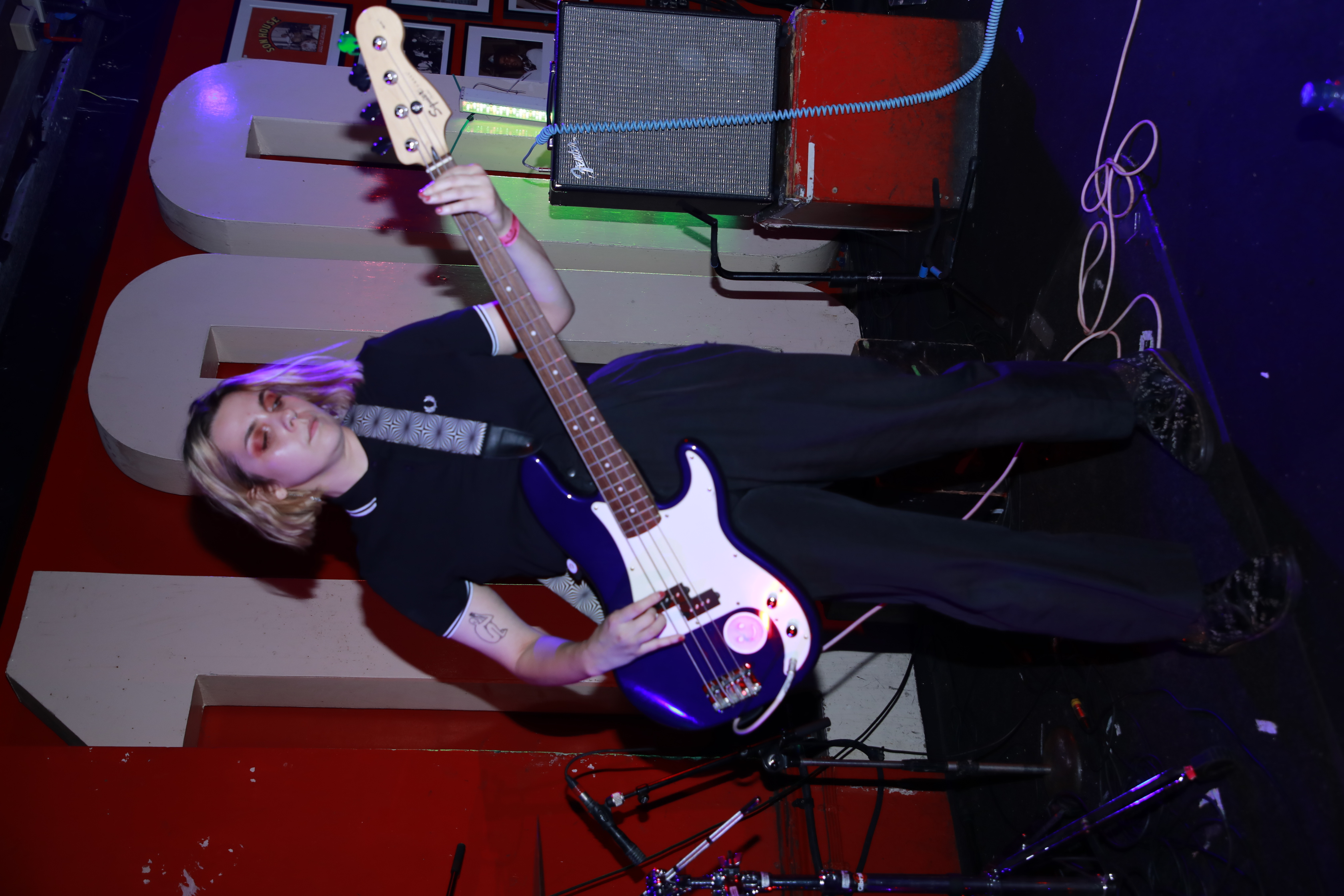 Enola Gay are a Belfast band, and it is for their raucous noise that the crowd teems with anticipation for. Three songs out to date, and already they have the aura of a band that should be filling stadiums. They line up in battle formation, a diamond with frontman Fionn Reilly at the tip; chugging Primus basslines rev throughout the Soho venue, while MBV noise sheets fly immediately from Joe McVeigh’s guitar, it’s a real novel take on the rap-rock genre. 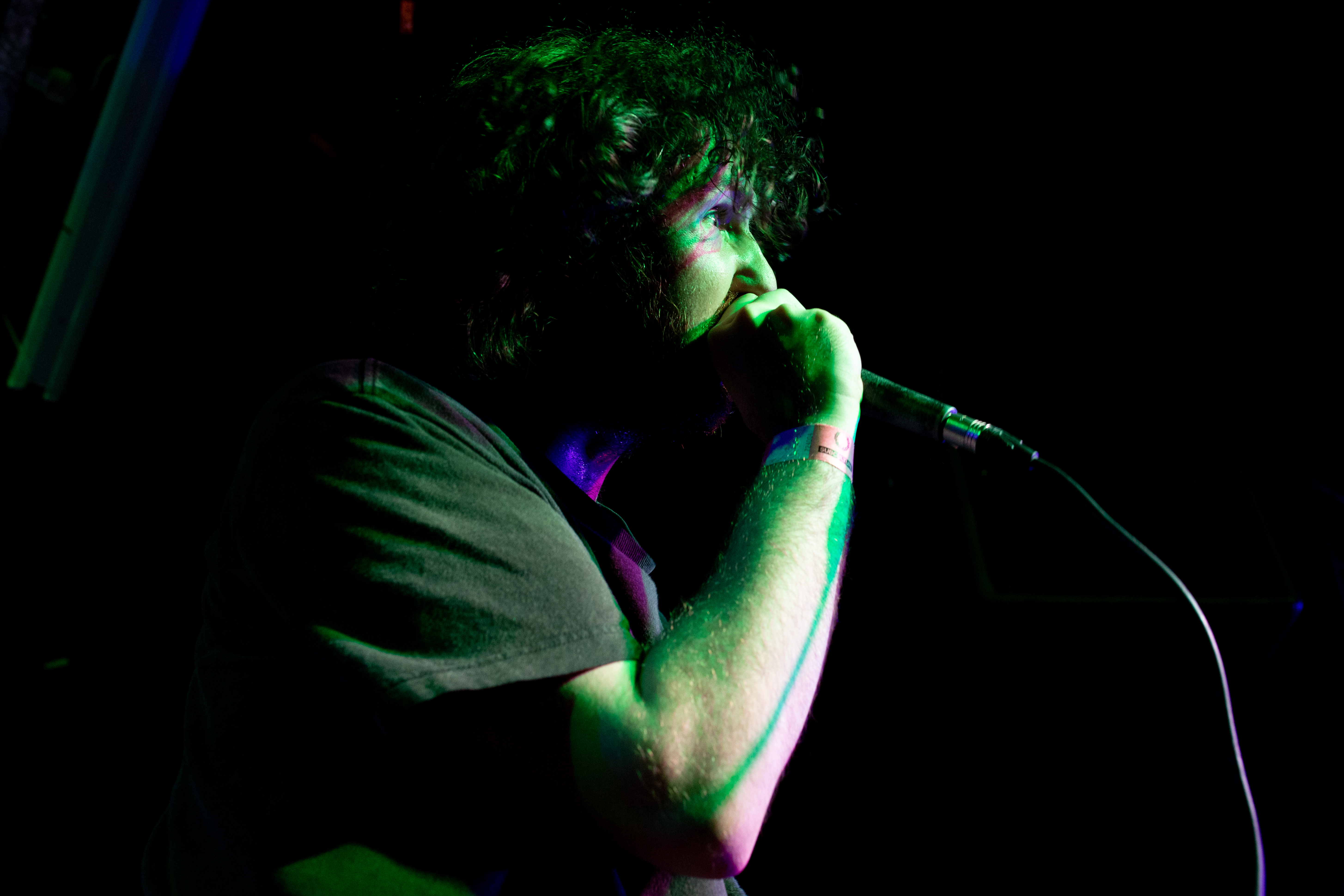 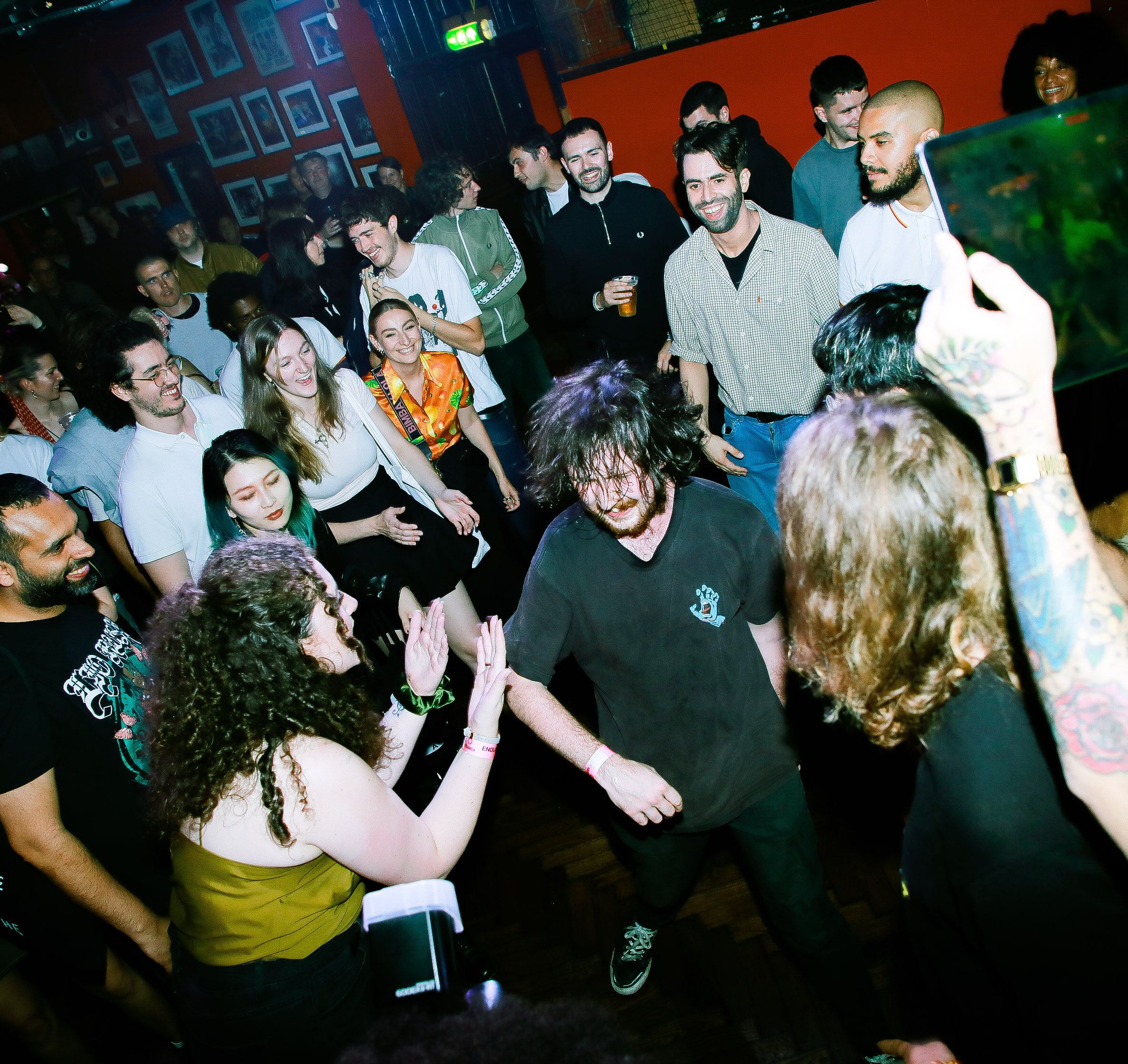 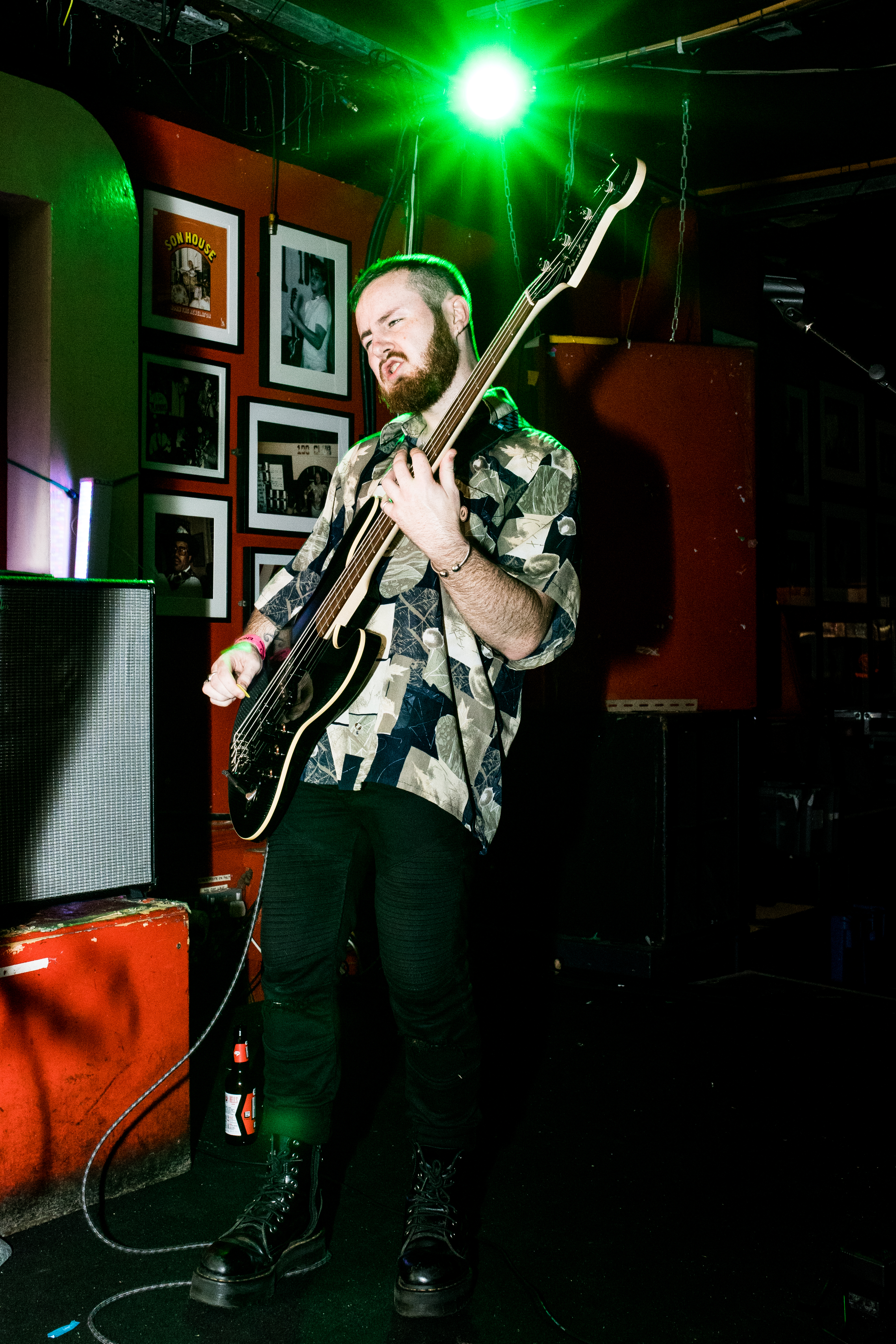 Frontman Fionn Reilly has an air of Zach De La Rocha about him as his rapped vocals come forcefully from his mouth as if they were ritualistically exorcised. ‘Figures’ and ‘Sofa Surfing’ see his thick-accented vocals atop a real hellfire stomp, while ‘Birth of a Nation’ has a Claypool-style bassline that sounds like a helicopter taking flight. Throughout a blistering 30 minutes Enola Gay’s noise sounds simply dangerous – Reilly is a live ammunition frontman, not only feeling like he can explode anytime, but doing so often and without warning.

A showstopping performance, the Belfast band cap a night of obscene new bands. As Lamacq plays us out into the night with an array of alternative classics, the adrenaline pumps and it becomes ever more clear that the future of British music is bright. 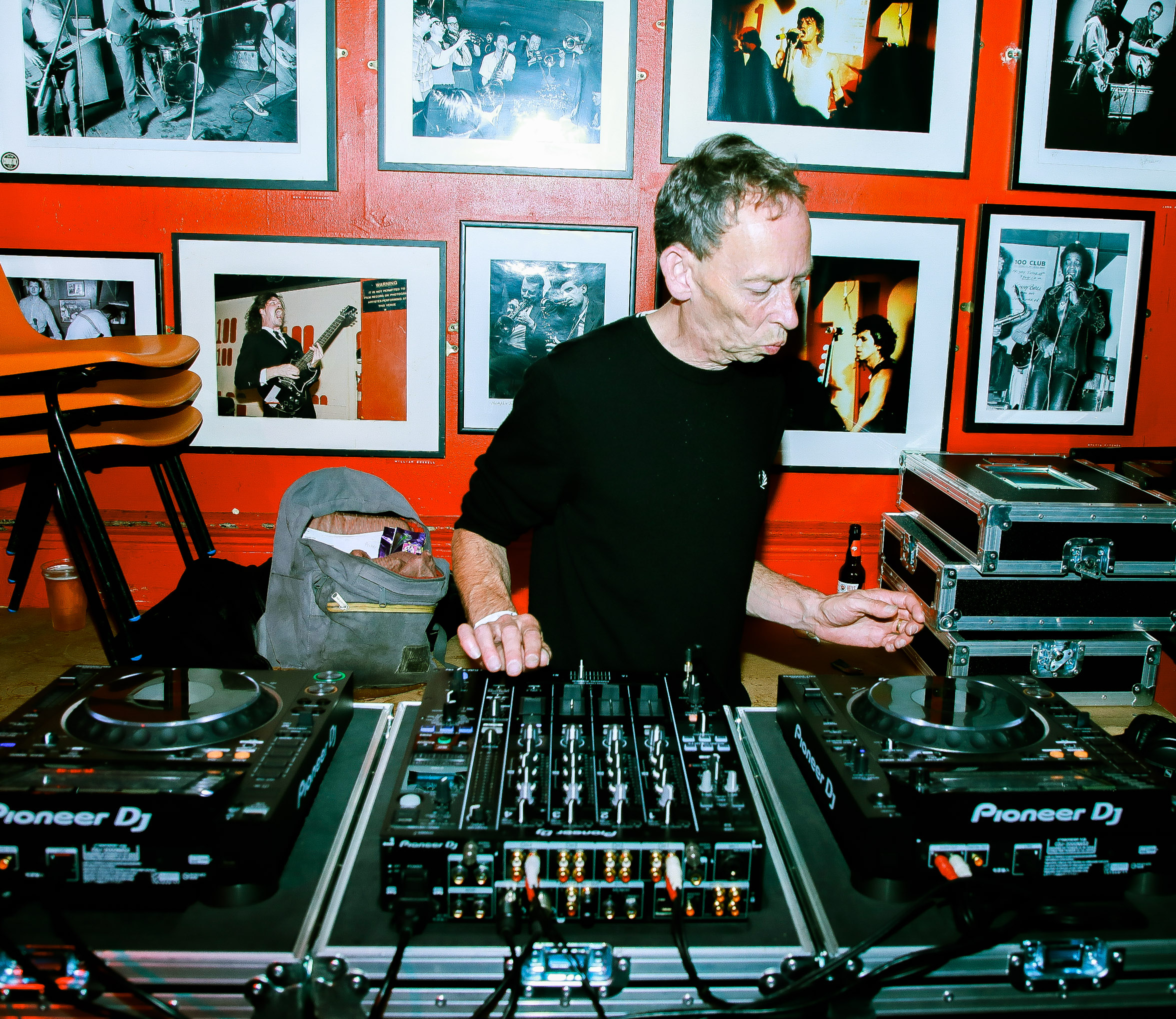 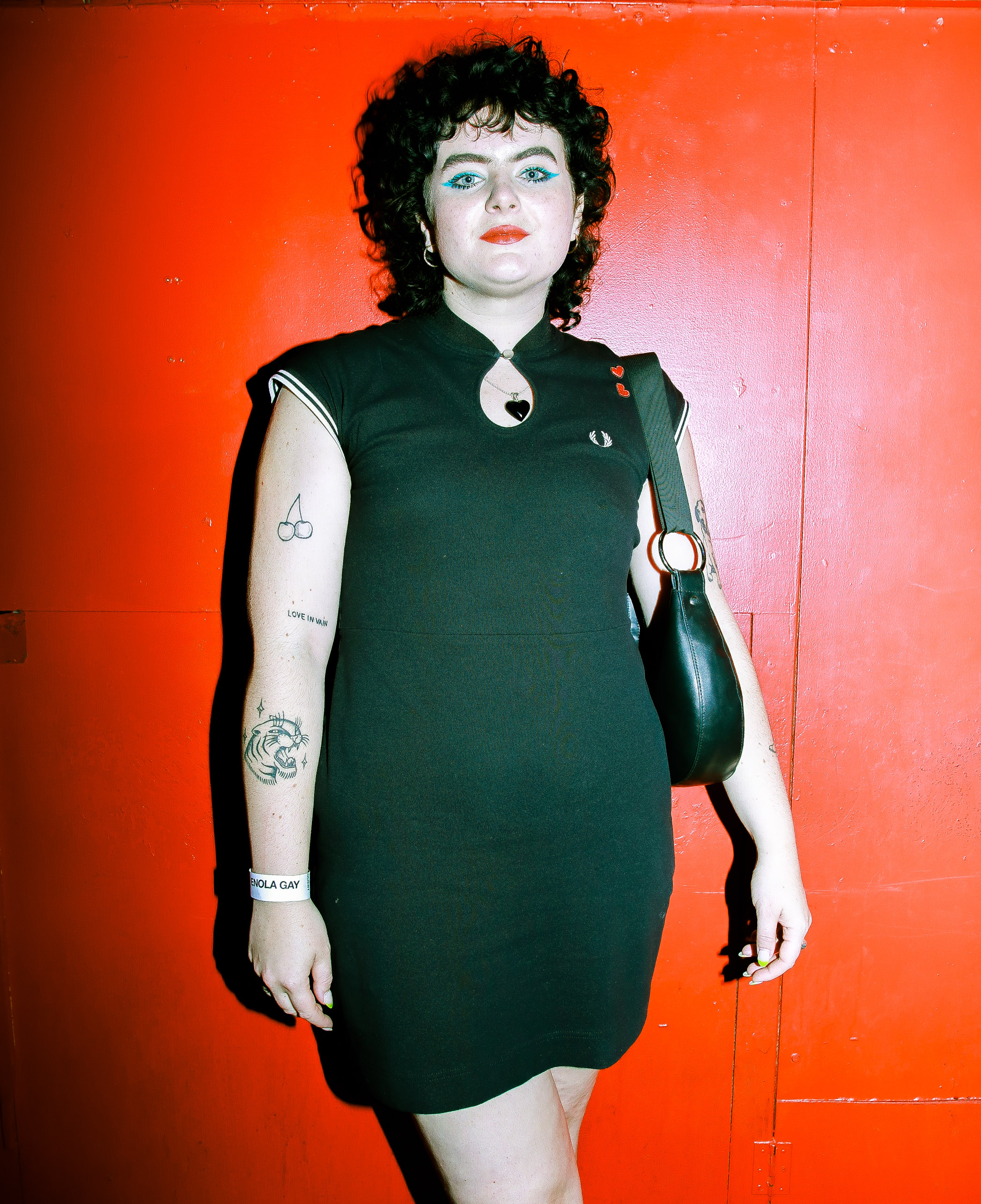 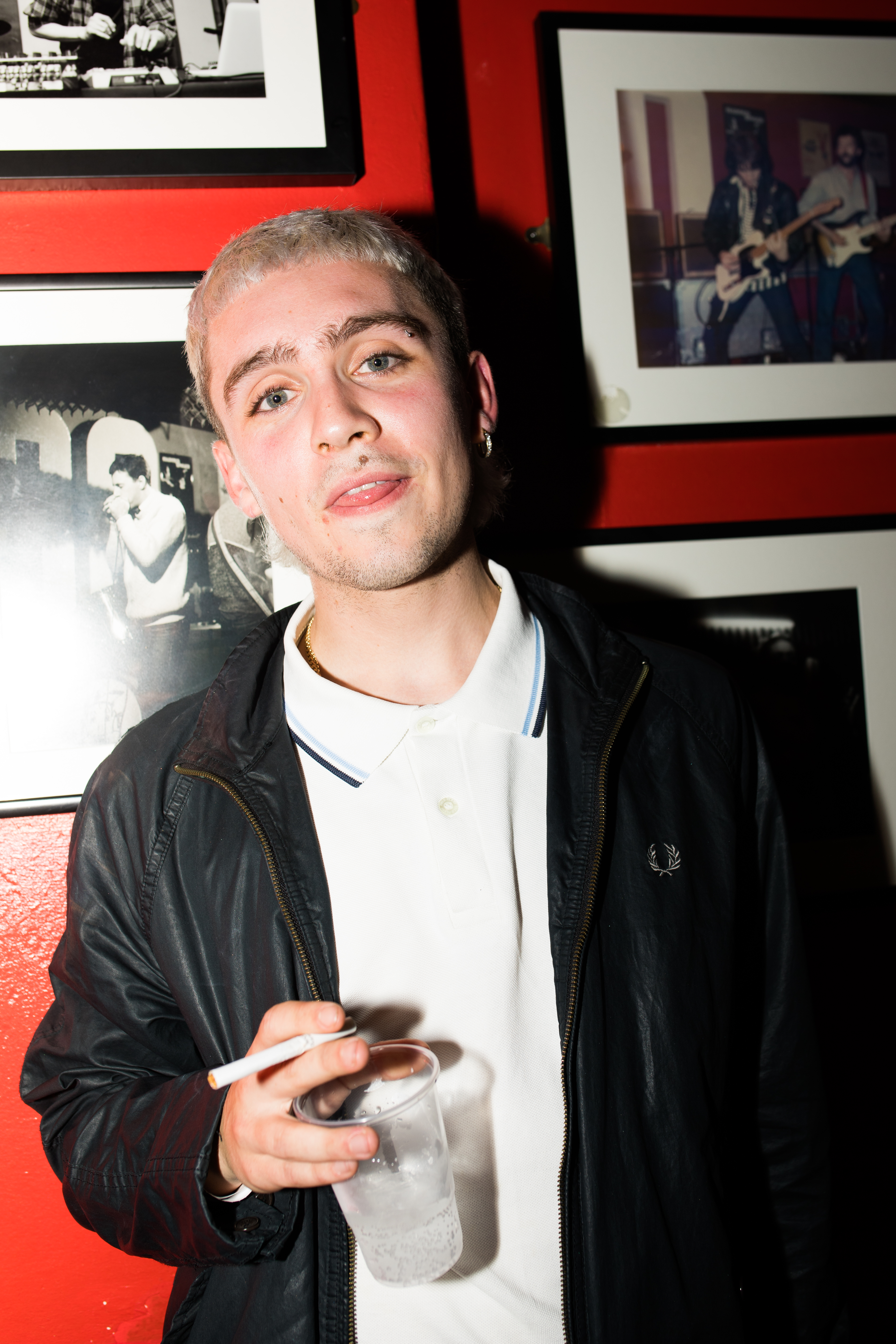 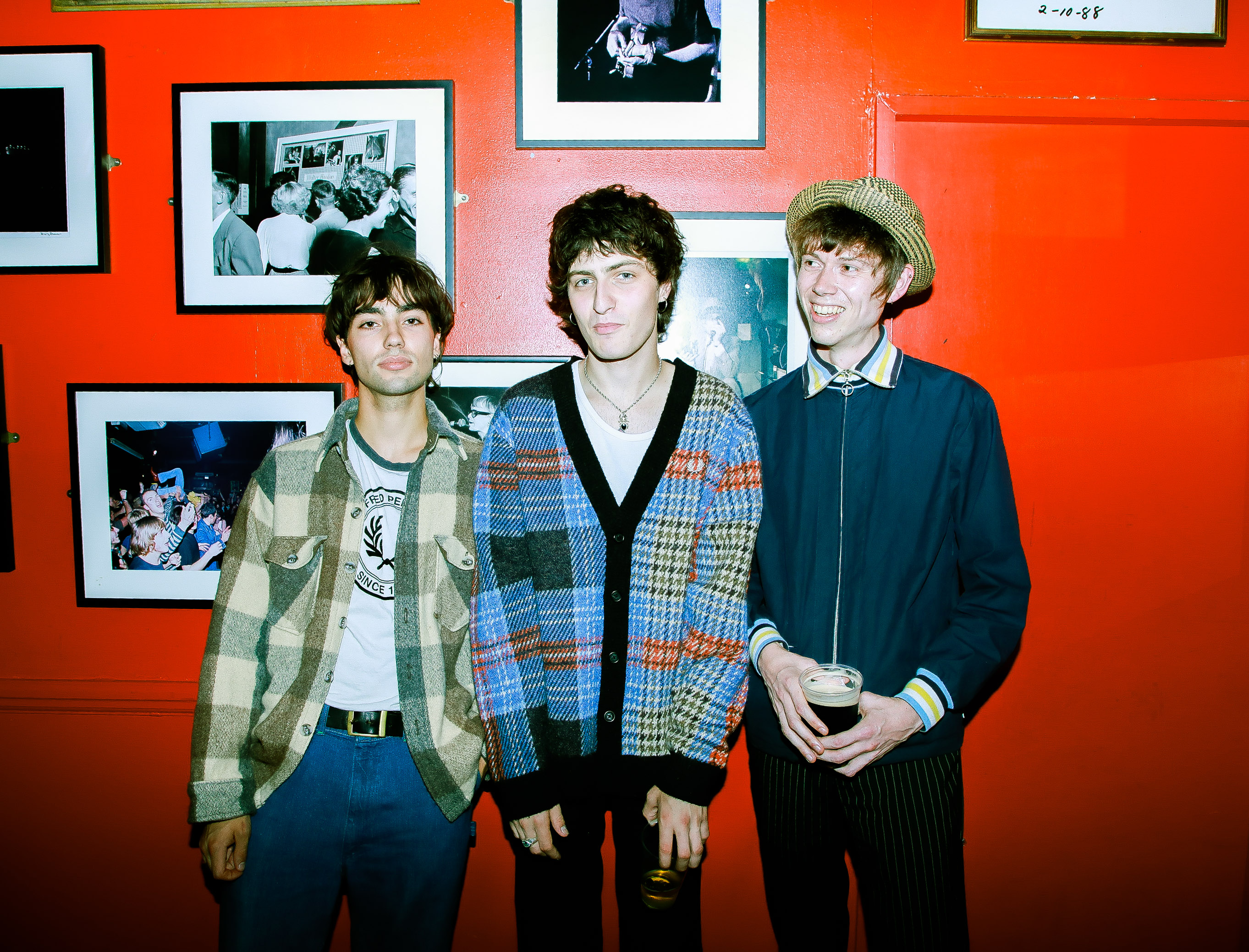 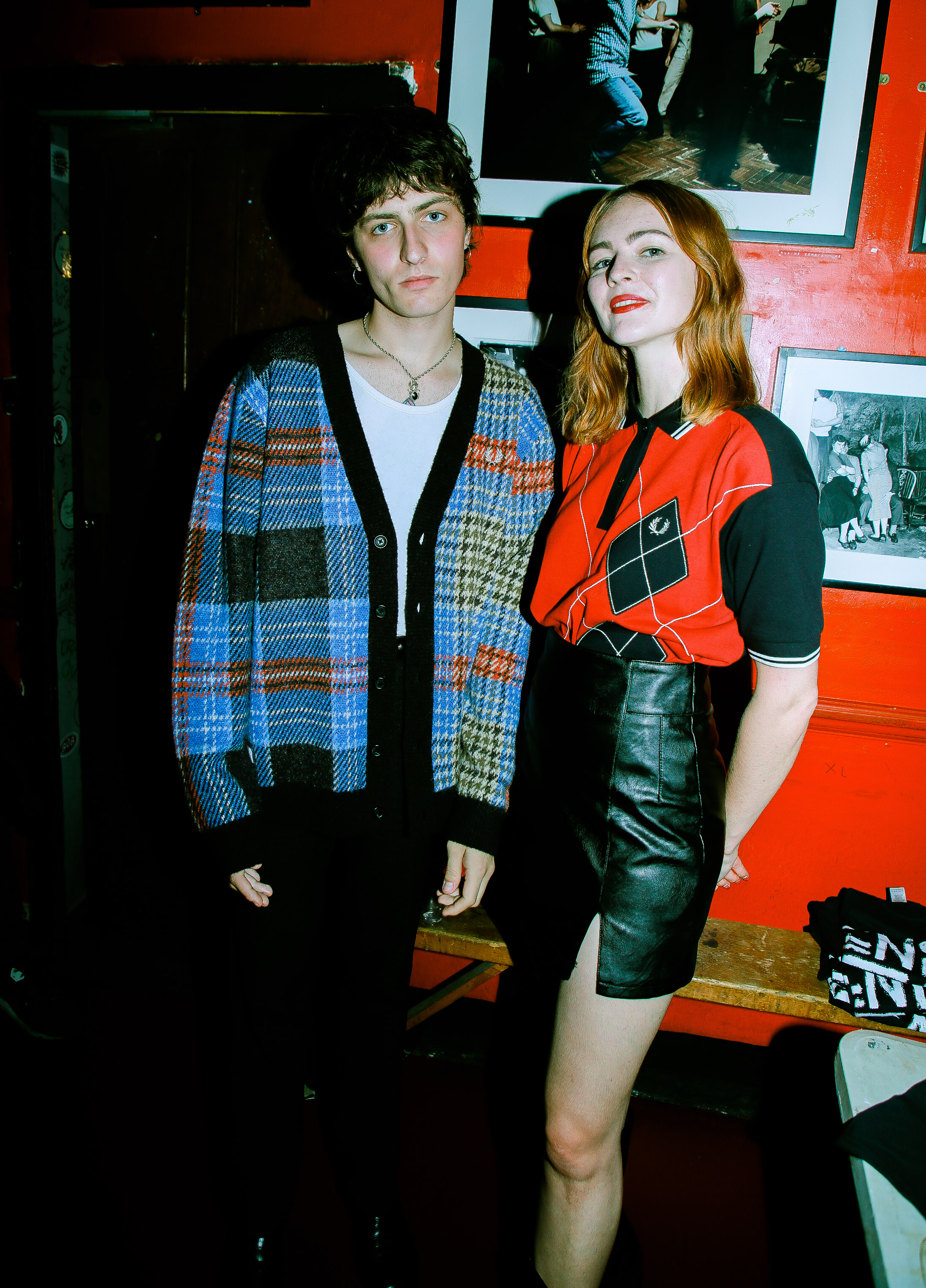 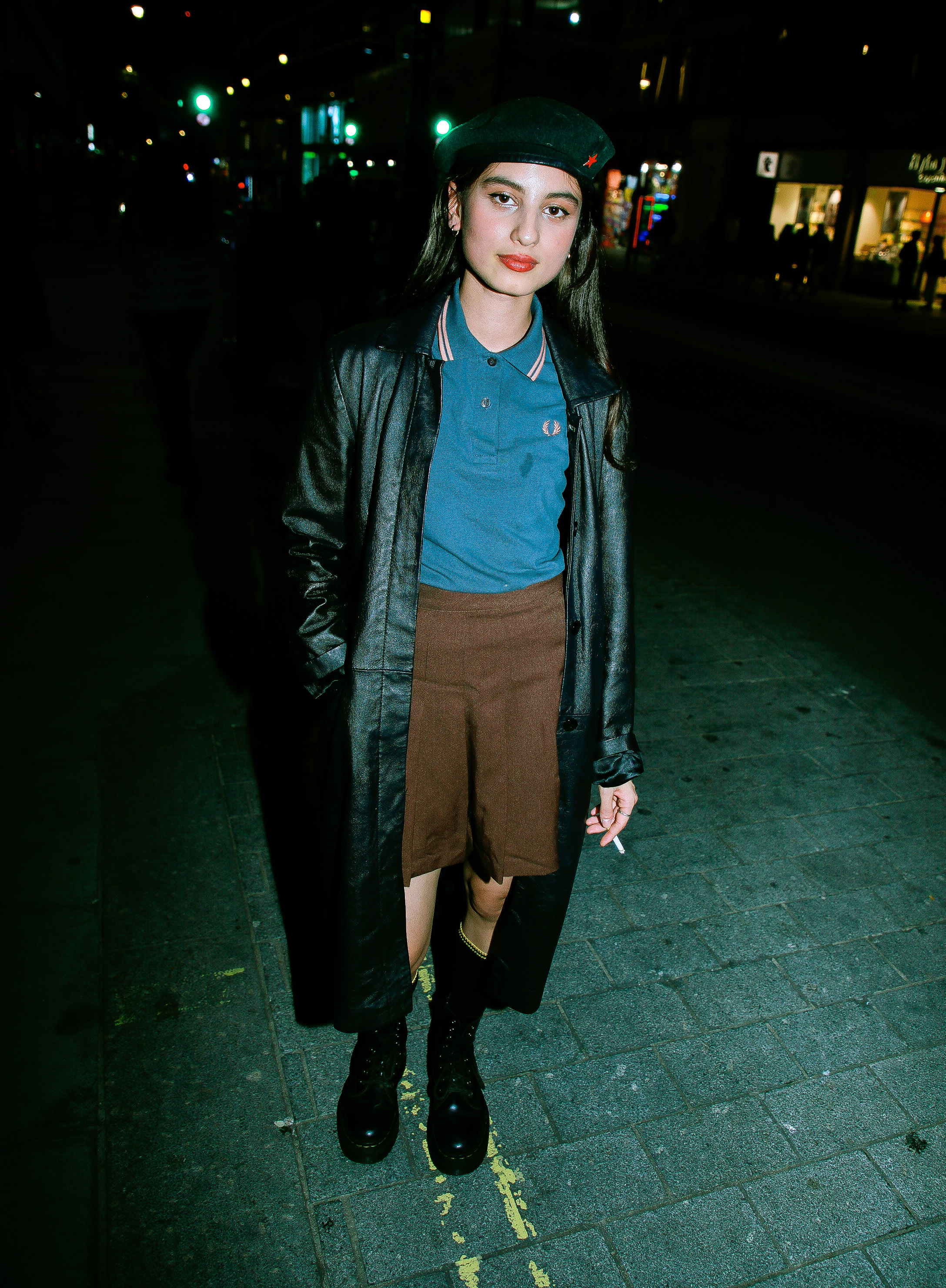