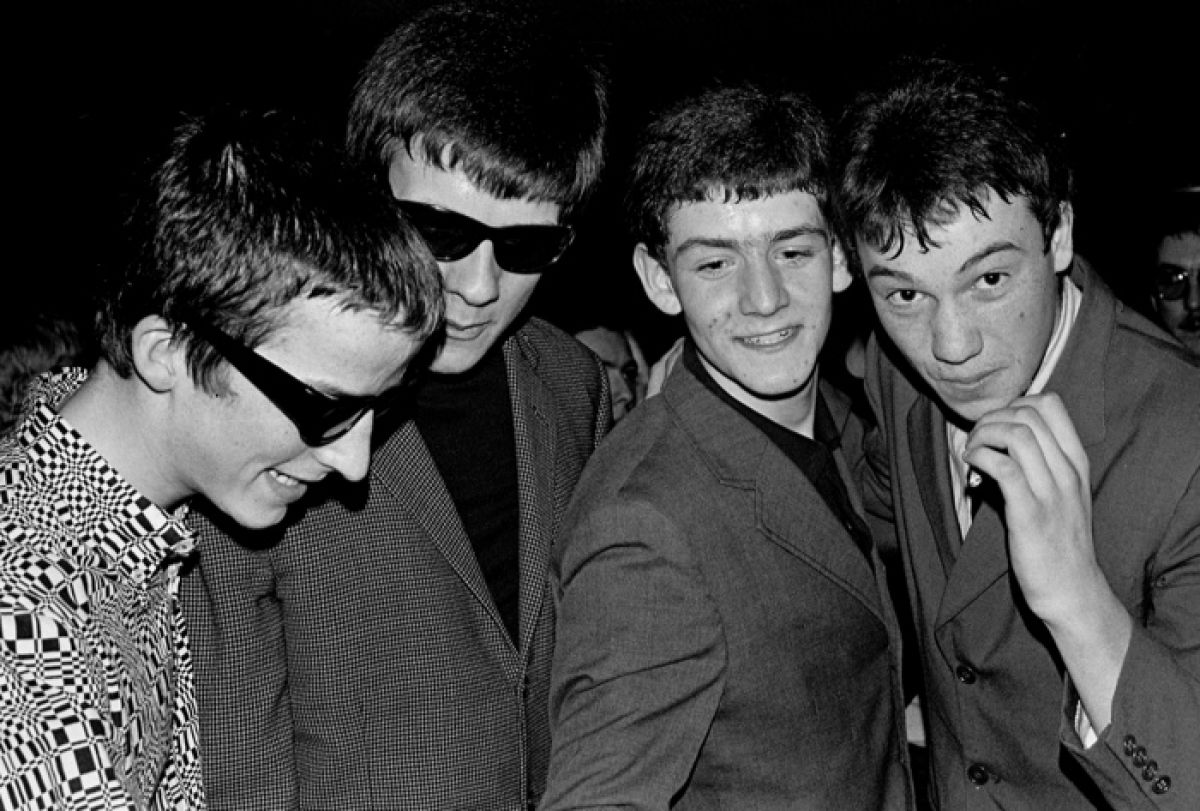 A Message
to You

May 2021
Words by Sean Griffiths
Photographs by Clare Muller, courtesy of The Museum of Youth Culture

In the 40 years since it began in the West Midlands, Two-Tone’s irresistible combination of ska rhythms and punk energy, sartorial sharpness and uplifting message of unity has spread throughout the world. Now a brand new exhibition in its home city celebrates the roots of the movement and its impact on Coventry and beyond.

Unemployment is rising fast, racial tensions have been growing and Britain is in the midst of a huge economic crisis, with a Conservative government (recently elected with a huge majority) in place to deal with it. No, we’re not talking about Britain in the 2020s, but rather the situation the UK faced as the 70s turned into the 80s. But the similarities of the situations might give some clue as to why a musical movement that emerged from Britain in 1979 still has so much relevance in the UK and around the world today.

The Two-Tone movement emerged in Coventry in the West Midlands following the youth-quake of punk, and this year will see a brand new exhibition in the city mark the importance of the movement.

“It’s just great music, I think that’s the main reason it’s stuck around so long,” says Martin Roberts, the curator of the 2 Tone: Lives & Legacies exhibition at the Herbert Museum. “But it also has a very important political message about black and white people coming together that is still relevant today. Plus it has an incredible visual identity. Bring those things together and it’s a very powerful combination.” 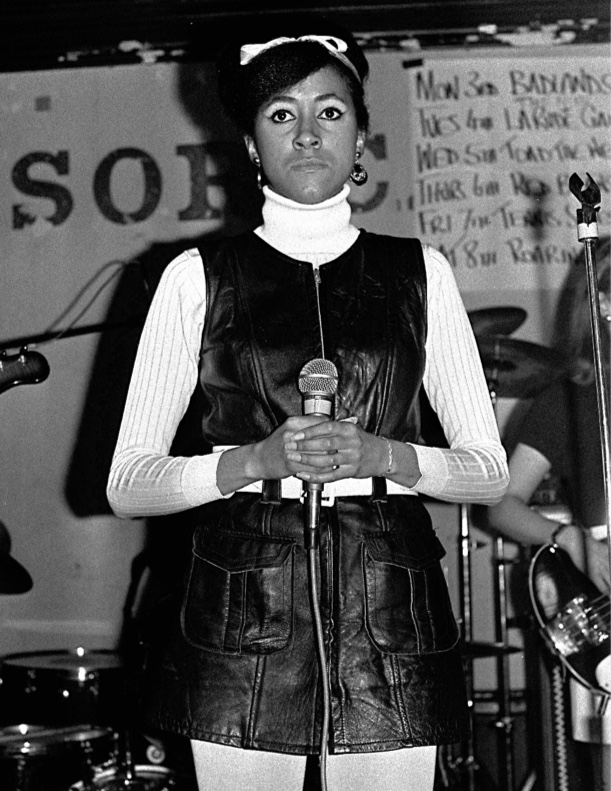 “This photo is of Rhoda Dakar at the first Bodysnatchers gig at the Windsor Castle in Kilburn. They were signed to 2 Tone Records, and my connection was that I went to school with and then shared a flat with Miranda Joyce the saxophone player.” Clare Muller

Formed in 1977, The Specials combined Jamaican ska music, brought over by the Windrush generation, with the energy of punk and along with fellow West Midlands acts The Beat and The Selecter, were part of the UK’s first genuinely home-grown multi-racial youth movement. Combining songs about unemployment and urban degradation with a sharp dress sense (tonic suits, loafers, pork pie hats and Fred Perry polos with Harrington jackets were the order of the day), a staunchly anti-racist stance and a striking visual identity conjured up by designers John Sims and Dave Storey, the 2 Tone record label was a constant presence in the UK top 10 in its early 80s heyday.

And while the label (which was founded and run in Coventry by The Specials Jerry Damners) wound things up in 1986, by then the seed of Two-Tone had begun to spread around the world. In the US, driven by a love of bands like The Specials and Madness, a third wave of ska emerged featuring bands like Sublime, No Doubt and The Mighty Mighty Bosstones, while the genre even made it on to kids TV in the noughties when the front-man of Californian ska-punk band Aquabats launched Nickelodeon show Yo Gabba Gabba! which would often see the band perform live on the show.

Today, there are thriving ska punk scenes everywhere from LA to Mexico City with devotees of Two-Tone in places as far-flung as China and Chile. And it’s not hard to see why. Its upbeat energy and message of unity appeals to generation after generation that see things they don’t like in the world and want to do something about it. 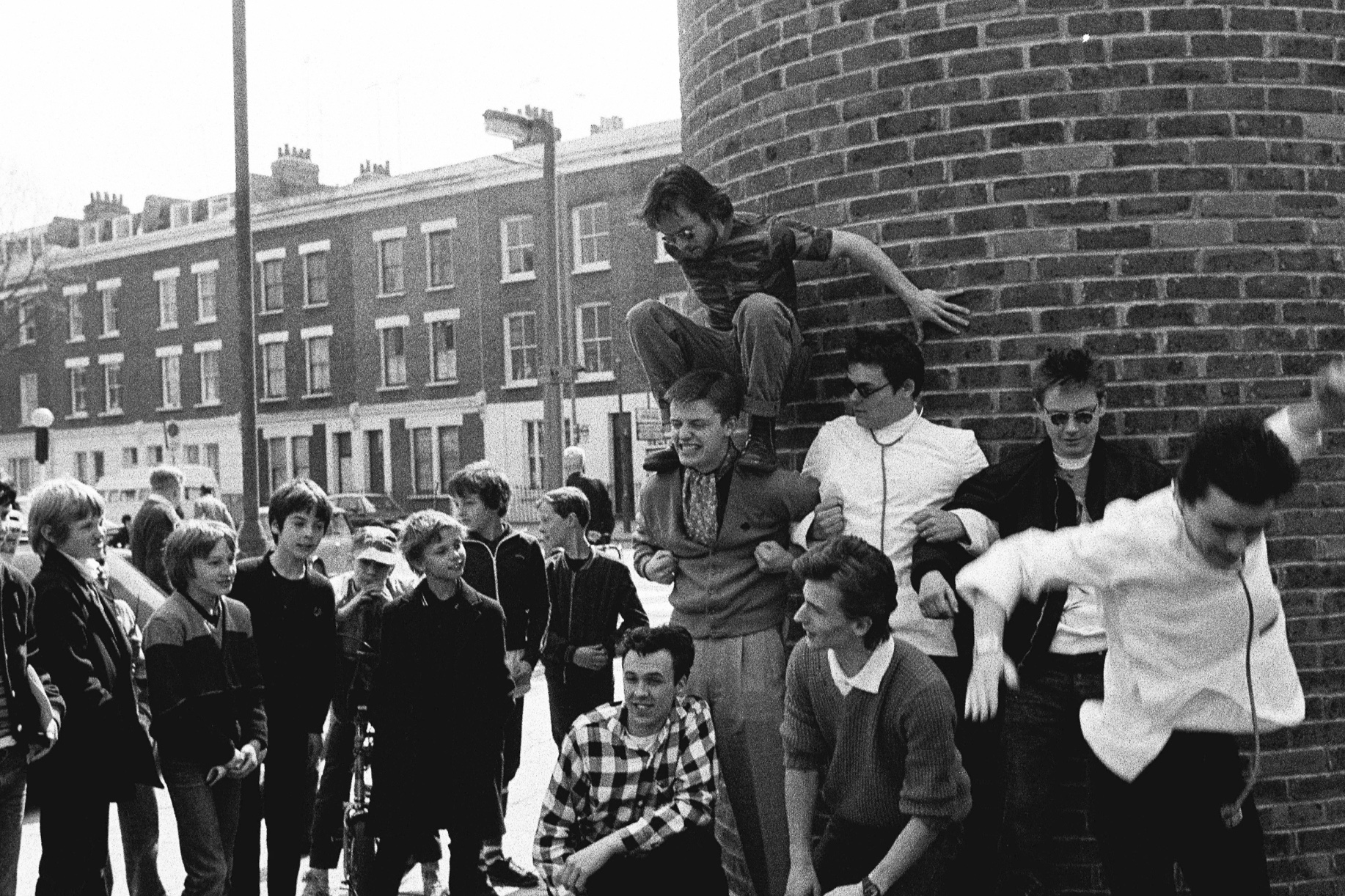 “This is Madness filming the video for House of Fun. It was my 20th birthday and we were filming all over London. This was Kilburn where we had just been filming in the off-licence and the group decided to do their human pyramid for a group of local kids that day. I got to star in a Madness video - I play the “gorgon who’s got her gossip”. Clare Muller

In the UK, perhaps the Two-Tone movements biggest legacy is the number of multi-cultural musical movements that have comes since. Both Massive Attack and The Prodigy have cited the Two-Tone movement as a key influence in their formation (Tricky famously once turned up to a DJ gig armed only with a copy of the Specials debut album) while musician and NTS DJ Nabihah Iqbal who initially came to Two-Tone through ska-punk bands like Capdown in her teens, sees an influence and similar energy in today’s New Jazz scene.

“The energy and live shows of bands like Ezra Collective and KOKOROKO really reminds me of Two-Tone and ska punk,” she explains. “The music’s different but the energy and the way they combine different things is very similar.” 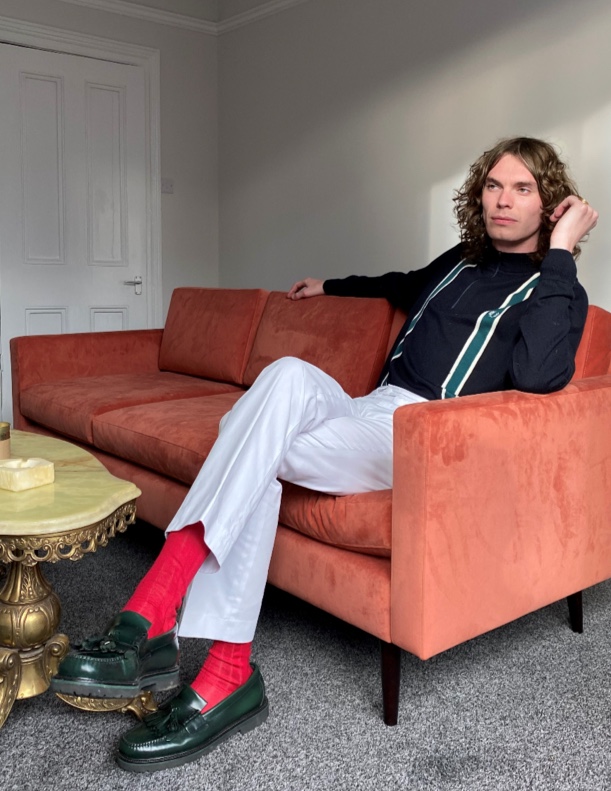 For model and Fred Perry ambassador Danny Lomas, it’s the sharp lines of the Two-Tone uniform that still inspires today.

“I just remember always thinking how slick the Walt Jabsco figure on the 2 Tone logo looked,” he says. “Polished loafers with white socks and Sta-press trousers, it’s a look I still love to this day.”

But while the seed planted by Two-Tone has spread far and wide, it’s still a movement that well and truly belongs to the place and people of its home city.

“This is a piece of culture that has originated in Coventry and has gone all around the world,” says Martin. “We had to do something to mark that in the year Coventry is City of Culture!”

2 Tone: Lives & Legacies takes place at the Herbert Art Gallery & Museum in Coventry on May 14 – September 12