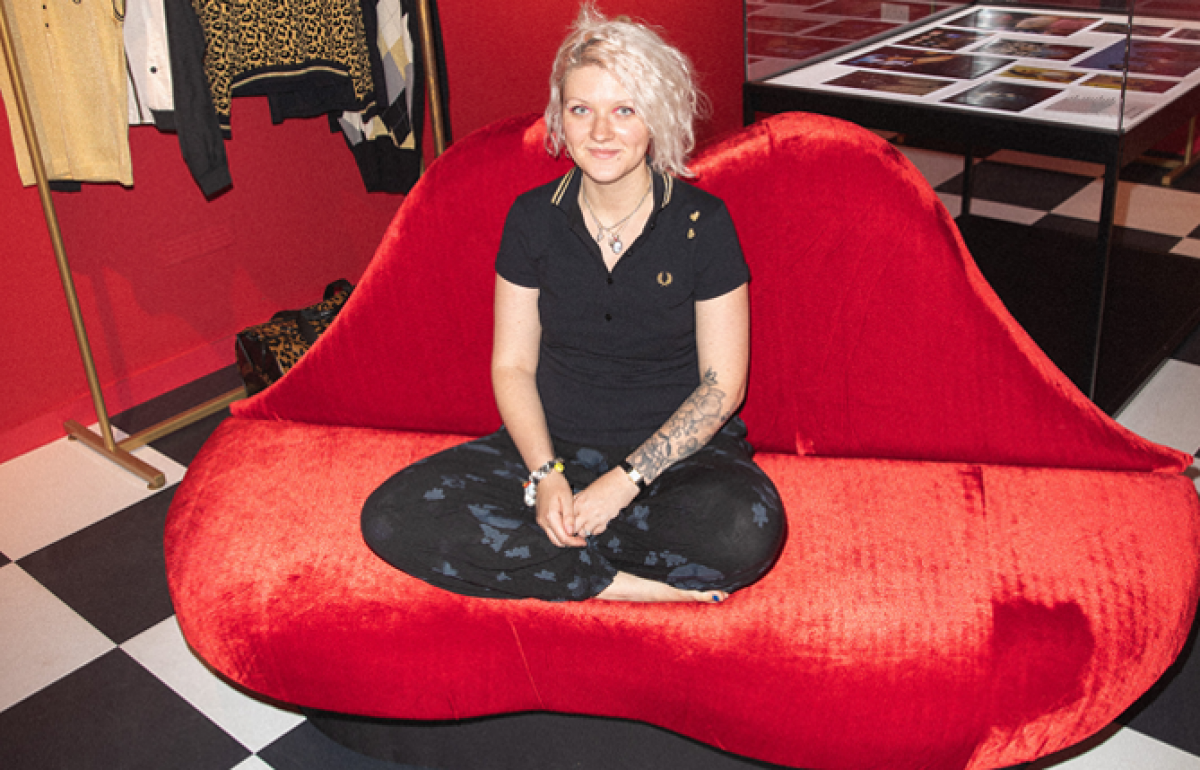 The Amy Winehouse Resilience Programme was set up in 2012 to help young people make safer choices around drugs, alcohol and their wellbeing.

At the Amy Winehouse Foundation, they meet thousands of young people who feel under a great deal of pressure. They can be struggling with exams or with relationships. Or they may feel the need to look or act in certain ways. These stresses can have a significant impact on both their physical and emotional health.

Some will find positive ways to deal with whatever life throws at them, but we know that others will be more vulnerable and may use drugs, alcohol or other self-harming behaviours to cope.

That’s why their approach to drug and alcohol education through the Resilience Programme for Schools is so important. Since 2012, they have worked with over 300,000 pupils in over 300 educational institutions.

We met with Anna, who is part of the Amy Winehouse Resilience Programme to learn more about her story and the work she does.

How long have you worked with the Amy Winehouse Foundation Resilience Programme?

What drew you to working with them?

I actually had no idea about the programme until my partner’s dad was part of the Resilience programme, and he thought I’d be great so put me in touch with the team. He’s now 30 years sober and also works with the Programme. I went for training where it felt like it was fun. It was different to what I expected – I was imagining I’d just be telling my story but through training I learnt how to communicate, sharing my emotions, feeling I was in a safe space. I started shadowing people and before long I was going into schools and sharing my story.

I grew up in South East London, and my dad grew up in a very poor area of Glasgow. He’s an addict and a narcissist. My mum was brought up in a very middle-class home with doctors for parents, but she has a depressive illness.

So growing up, I was stuck in between these two worlds. My dad would constantly shame me for being middle class, but I would always try to be more like him to gain his approval. They broke up when I was six, and I was so relieved, but my mum was very depressed. Much of my childhood was spent alone in house with my mum asleep. I struggled to make friends growing up, my sister was in care and my brother was an addict.

I’d be picking my brother up from the police station, then sat in the pub with my dad one weekend, and then my mum’s parents would take me to Venice the following weekend – it was world’s apart and although I was lucky, I didn’t know where I fit in.

My mum was diagnosed with Hepatitis C when I was 14 because she used to take heroin when she was much younger, and I felt so embarrassed. I didn’t tell anyone because there is such a stigma around drugs and addiction. We don’t see it as an illness.

I had all of these events happen, and throughout all of it, I just felt really alone, and ugly. I was bullied at school and my way of release was through sex and drug addictions.

I don’t remember my first drink, but I started drinking alone. My mum would always have alcohol in the house, so I would drink and talk to strangers on MSN messenger as I was so lonely. I was very vulnerable.

I started taking drugs when I was 14 – I thought this gave me an identity. By the time I was 15, I was isolated. I was addicted to cigarettes. I moved school but didn’t really go. My mum kicked me out. So I got a job, and I spent all of my money on my addictions. I got pregnant, and I had an abortion. I was in a co-dependent relationship where we both just took lots of drugs together. I became homeless at 17 and started squatting. From the age of 17 to 23 I was homeless, in squats or hostels or on the street.

Talk us through what ’sharing’ involves.

You go into schools – secondary schools from Year 7 to Year 13 (age 12 – 18), and wait in reception before going to assembly to address a whole year, which can be around 240 kids. We introduce ourselves and start by talking about Amy’s story and the work the Foundation do. Many people are surprised to hear that Amy died from an alcohol overdose – not a drugs overdose. Then I tell my story for about 20 minutes – there’s no structure, every time I share my story it’s different depending on the school and their ages. I might talk about how much I didn’t enjoy school, and how lonely I felt, for example. Then we go into groups and talk about what pressures they are all facing.

What are you most proud of with the Resilience Programme?

When I started doing the Resilience programme, I realised how much language I have since I got clean. I didn’t know I was ‘stressed’, I felt ‘bad’. I didn’t know I was ‘lonely’ - I was experiencing all of these emotions and I didn’t know how to deal with them properly. When you’re young you’re so vulnerable. I look back and think about how dangerous it was to be out at 14 at 4am in the morning. I didn’t have anyone to talk to. I totally denied my sexuality when I was at school. It wasn’t cool to be gay, We don’t go into schools and say ‘Don’t do drugs’ we want them to know that they are not alone. We have honest and open conversations with them and they respond really well to it. Social media is an addiction and a problem for young people – it’s all connected to self-worth and getting that dopamine hit – like a drug. We have different people on the programme, and sometimes someone’s story will resonate more than another depending on the school or area.

If you could go back in time and give yourself the advice you needed, what would you say?

You can talk about it. It’s important to talk to people who you feel safe with. There are resources that can help you – whatever your issue is. I wish I’d known about organisations set up to help people like me – groups for people with family members in jail, groups for people affected by Hepatitis C, groups for people whose parents are alcoholics – there is support out there. You don’t need to feel ashamed or be shamed. If I’d talked openly about my problems, things might have been different. I got into sharing not to tell you, but to show you. We’re told enough, we need to see.

Amy was very kind and so talented. The song I really connect with is ‘Back to Black’ – when she says, ‘I died 100 times’ – that is any withdrawal - a friend, a partner, a drug. That void is open again when you don’t have it.

We continue to contribute to the Amy Winehouse Foundation with each collection, supporting their vital work.

Find out more at amywinehousefoundation.org