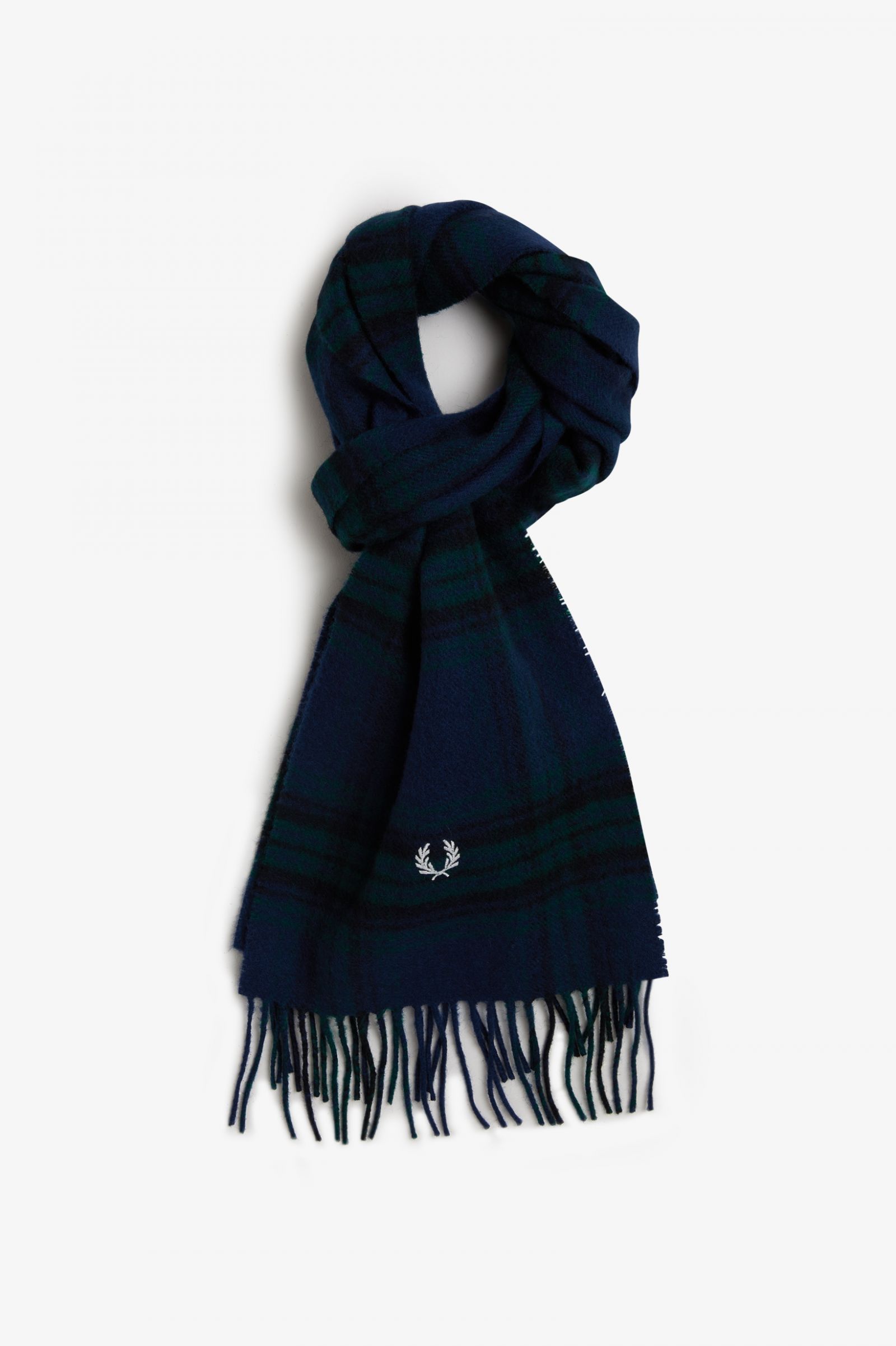 Made in Scotland from pure lambswool and knitted in traditional Stewart Tartan, our scarf is trimmed with tasselled edges and Laurel Wreath embroidery.

Crafted in Scotland, where they know a thing or two about tartan, our scarves are knitted in ethically-sourced lambswool, in contemporary colour adaptations of traditional Stewart check. As much at home in the Scottish Highlands as it is in underground punk clubs, tartan was originally worn as a symbol of its wearer’s clan – a sign of aristocracy and a long and noble heritage. It was later adopted into streetwear in the ‘60s for very different reasons: a metaphorical two fingers to the establishment. Today its familiar check design remains a key part of the subcultural uniform.