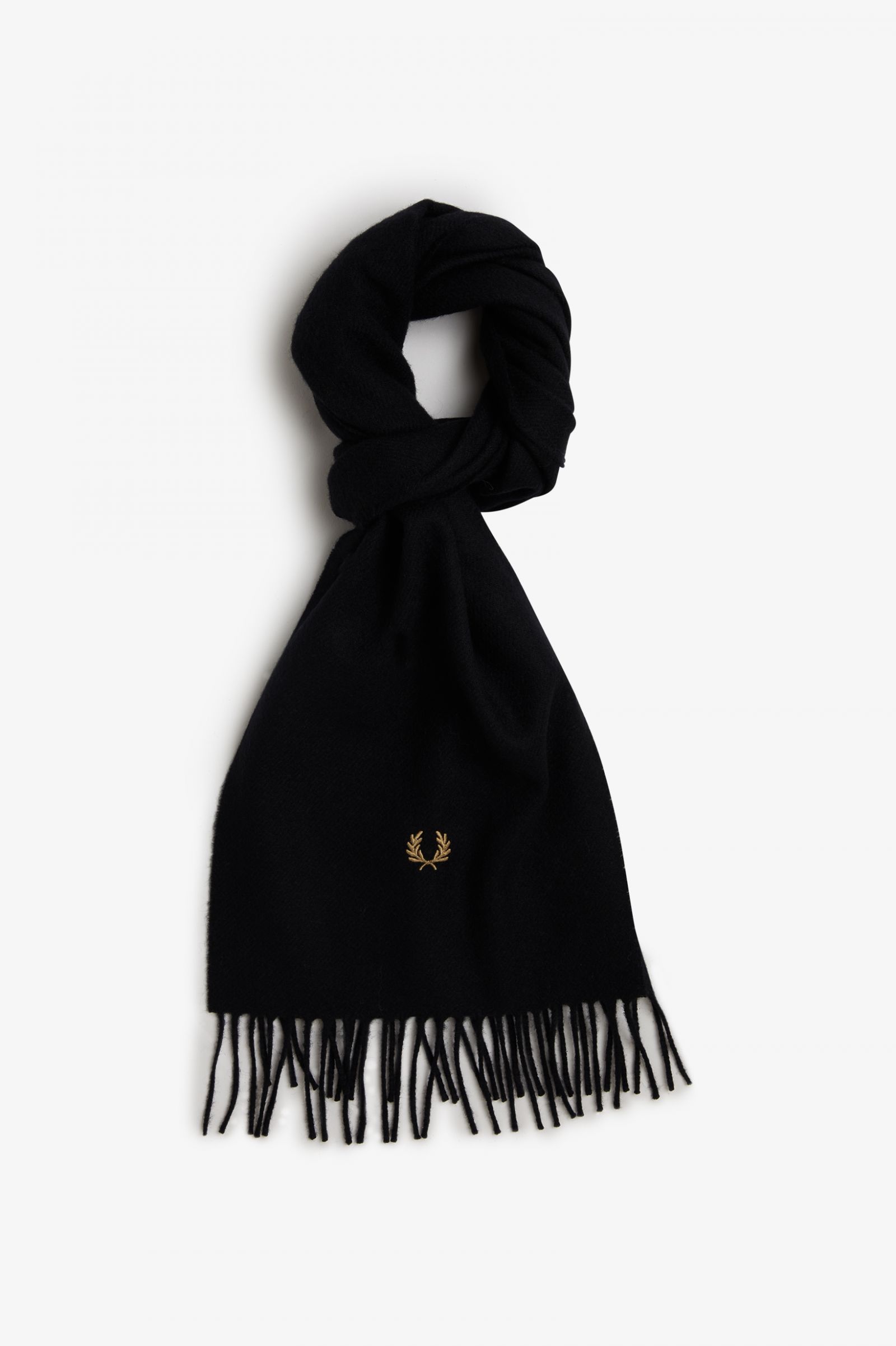 Our lambswool scarf, made in Scotland and featuring tasselled edges and signature Fred Perry detailing.

Made in Scotland / Lambswool / Tasselled edge

We’re pretty proud of our Laurel Wreath. Distinctly ours, it was awarded to Fred by the Wimbledon All England Club after he won three years in a row. A symbol of success and victory, the Laurel Wreath was later adopted as the Fred Perry brand mark, and remains a signature of both individuality and belonging, from elite sports players to underground subcultures. Today it’s the finishing touch (or main event) on every Fred Perry product. Wear it and add to its legacy.