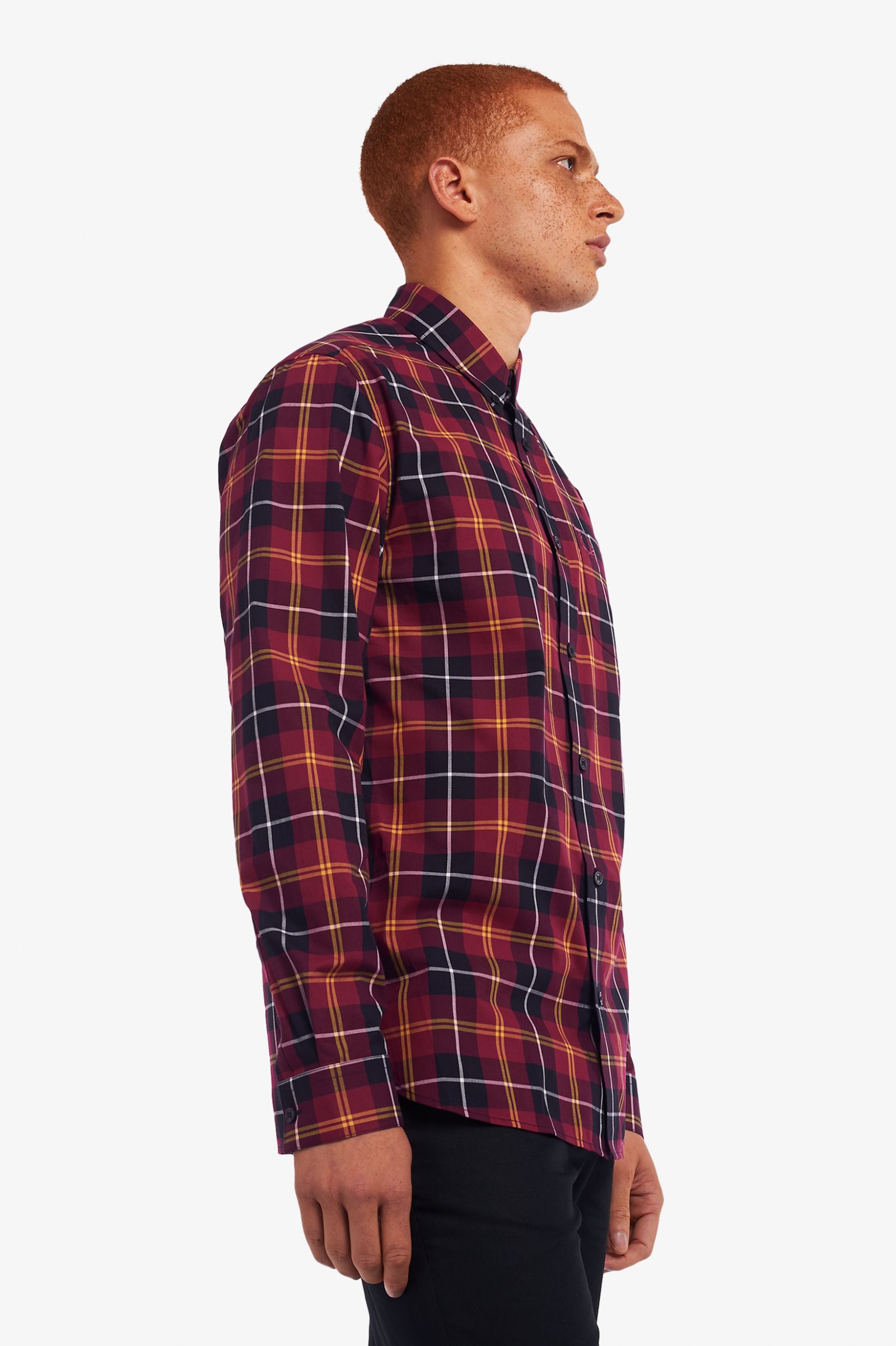 A button-down shirt in crisp cotton poplin, woven with a Tartan design and constructed with our signature shirting details.

From the Scottish highlands to underground punk clubs, tartan has cemented itself as part of the uniform. Originally worn as a symbol of the wearer’s clan, the check design used to signify the life of the gentry and the wearer’s long and noble heritage. It was adopted into streetwear a couple of centuries later for very different reasons: a metaphorical two fingers to the establishment. Today it still forms a key part of the Fred Perry uniform.