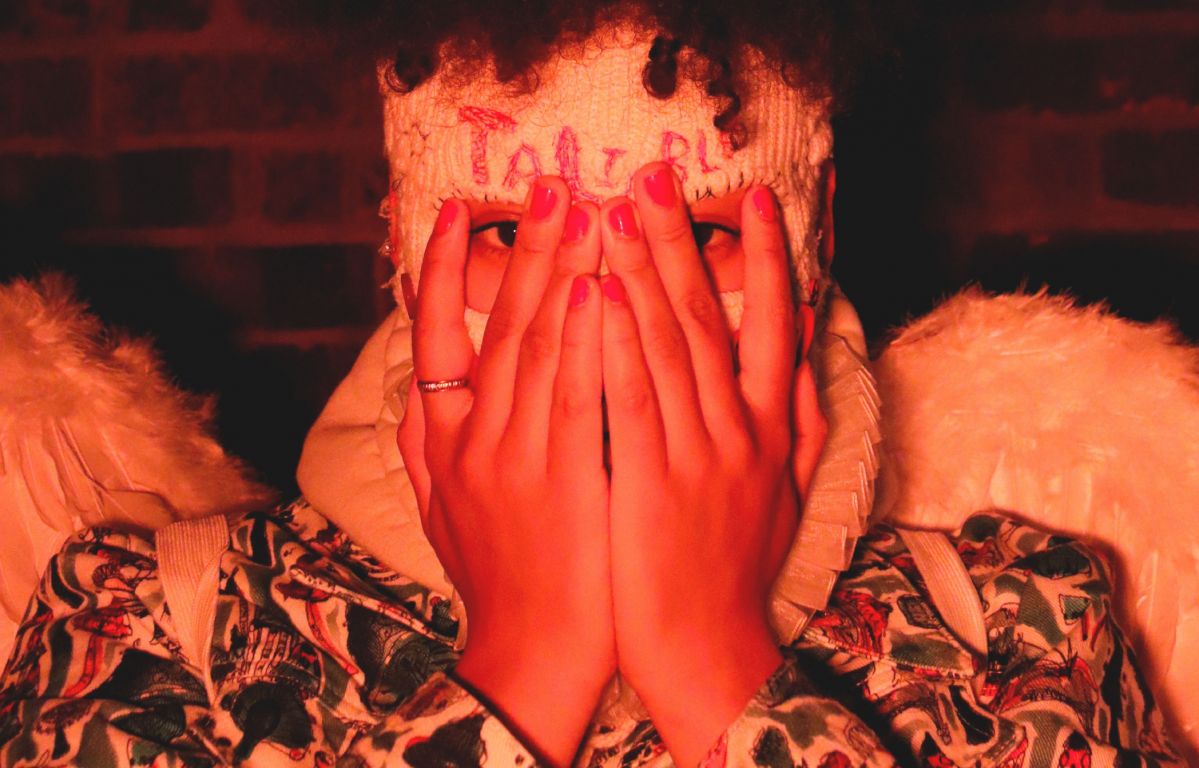 We are overjoyed to announce the return of All Our Tomorrows to London’s beloved 100 Club this month. How we’ve missed live music!

We’ve put together a line-up that represents the voice of diverse British creative youth, and boy was it worth waiting for.

We can’t wait to be back in the 100 Club basement, and would love to see you there.

Listen to the full All Our Tomorrow's Spotify playlist 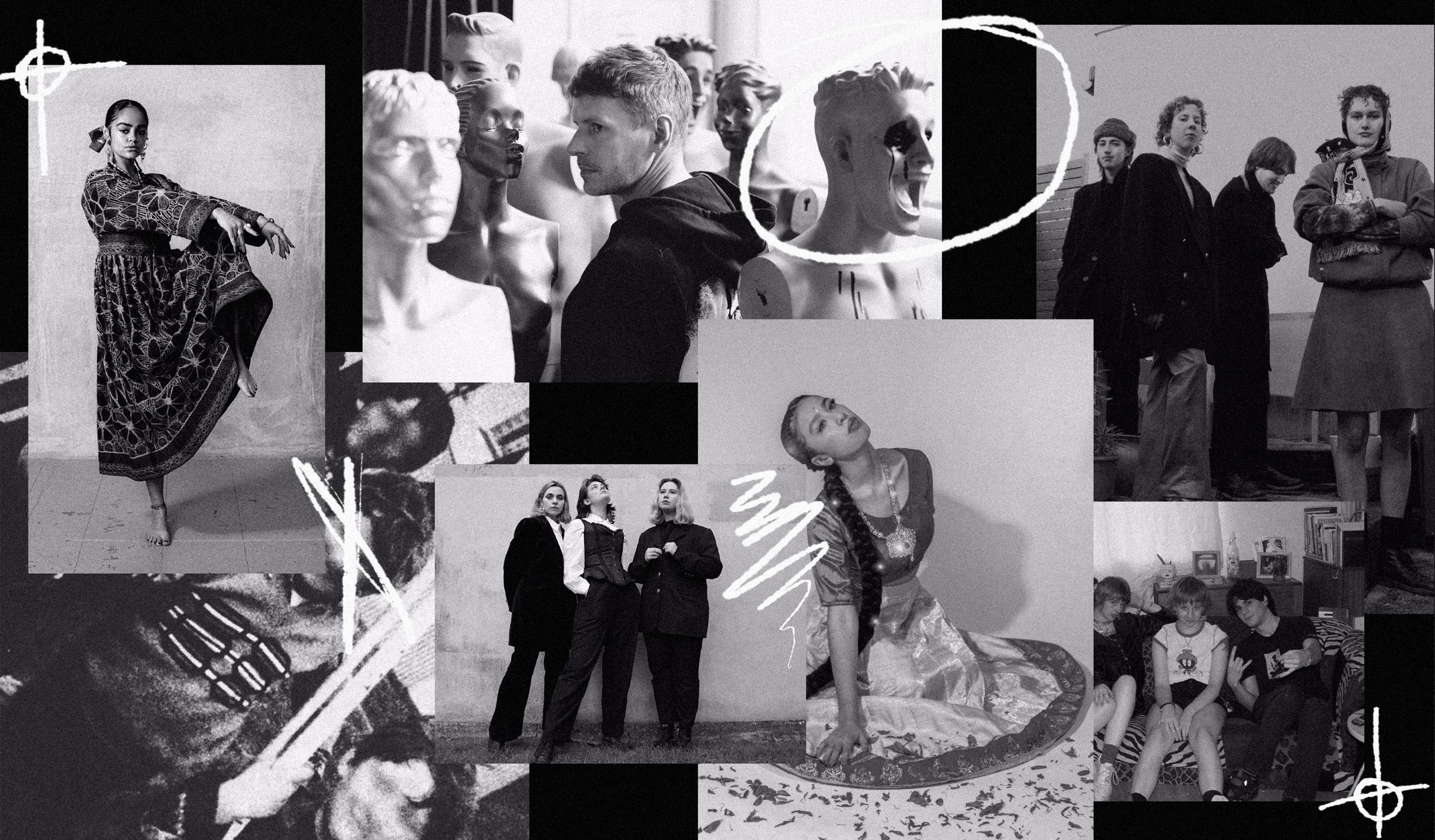 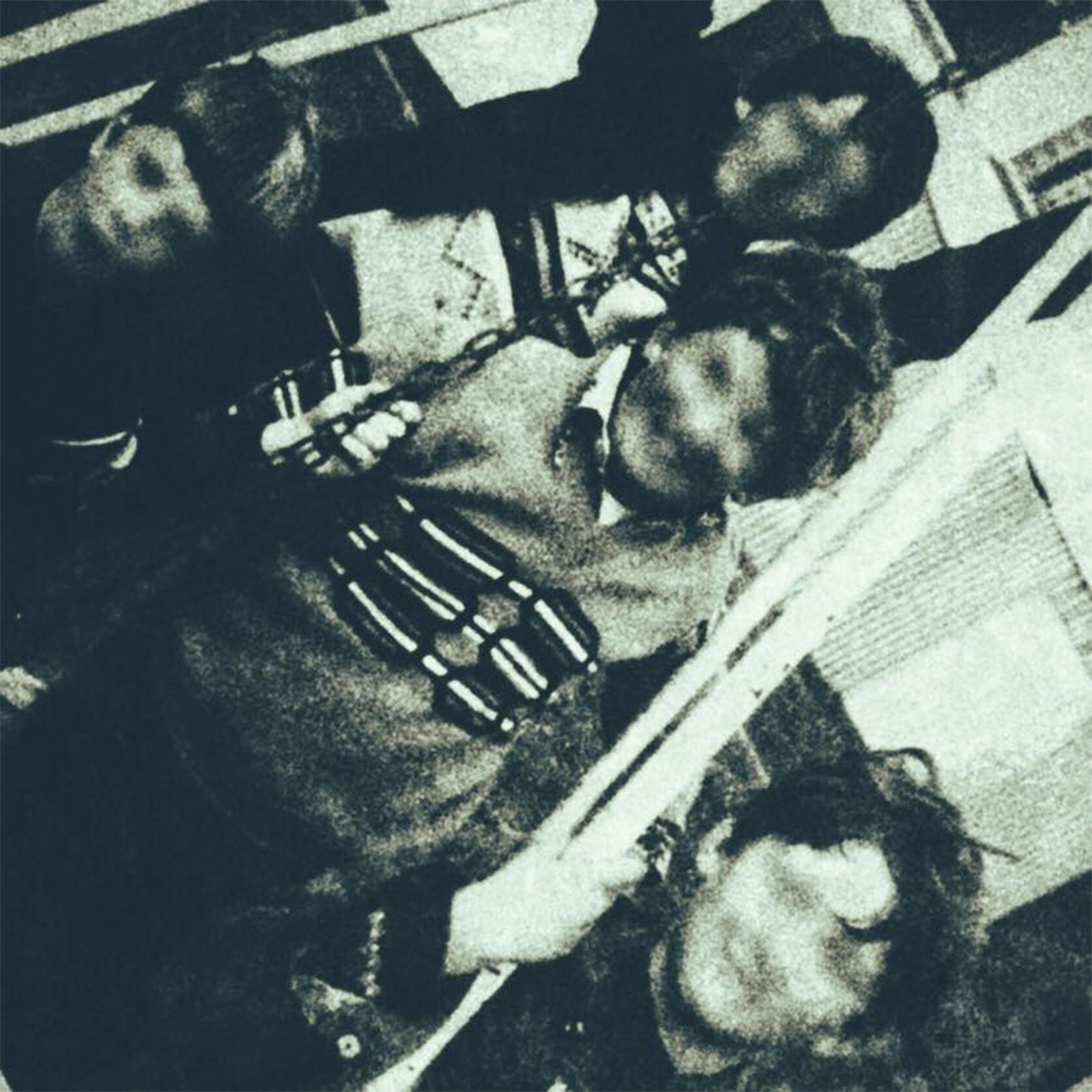 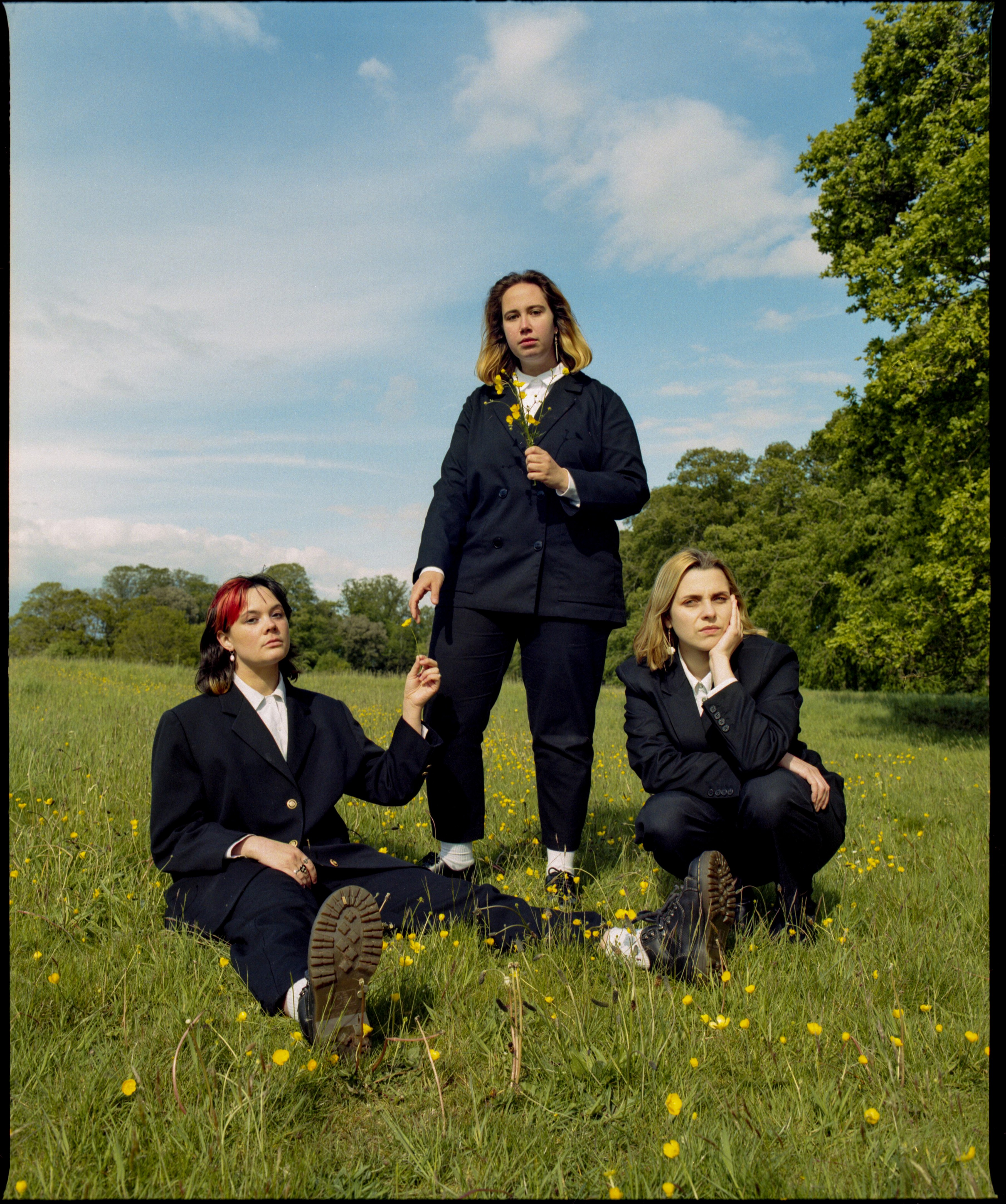 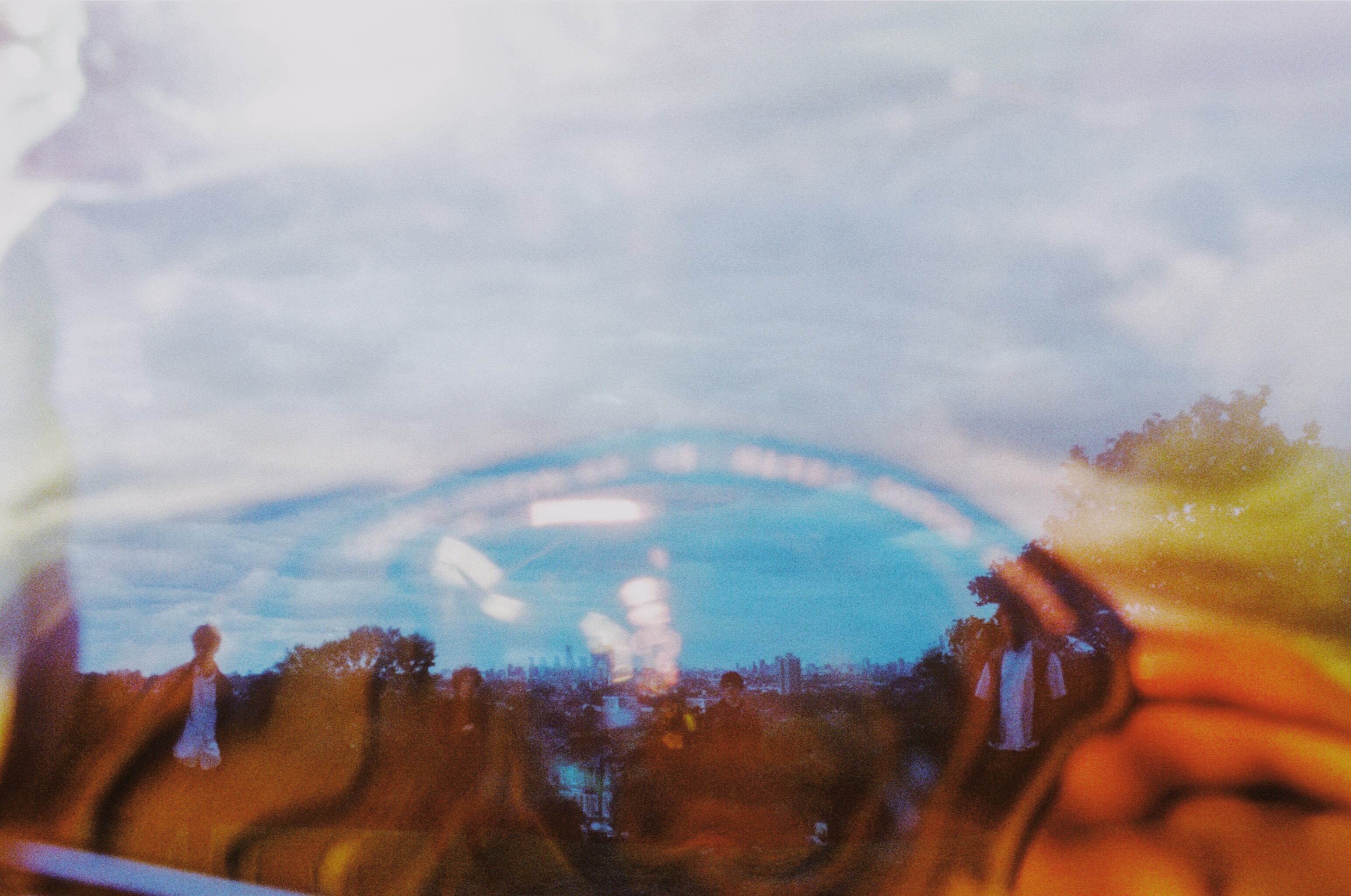 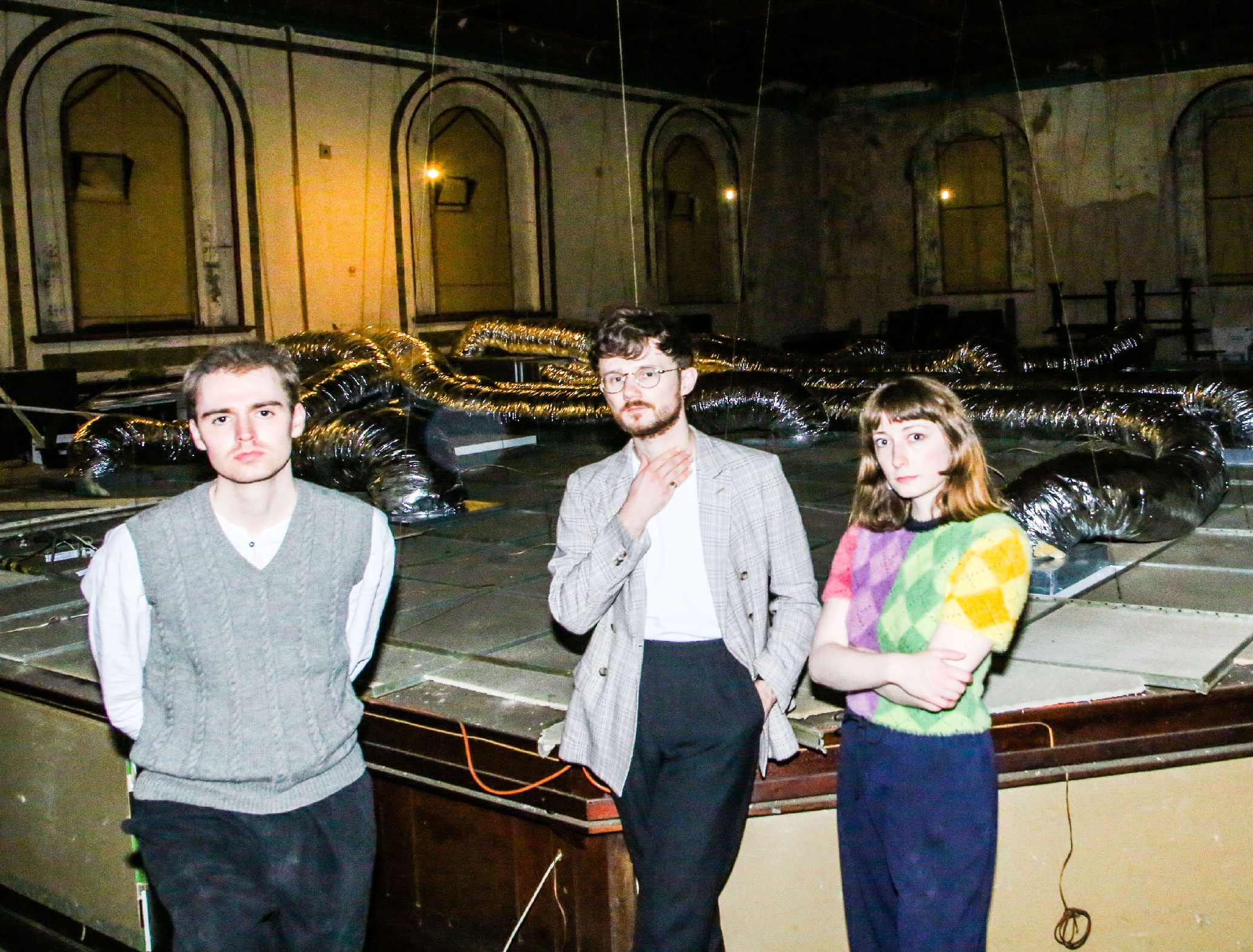 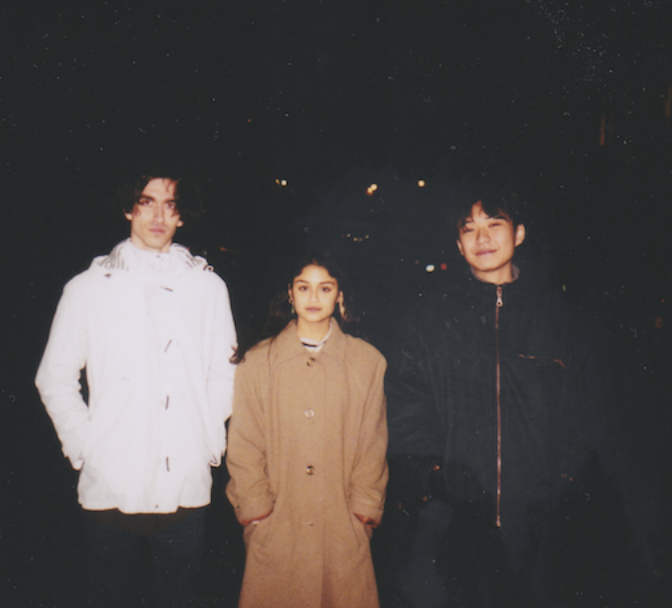 Belfast-based Irish noise punks Enola Gay formed in late 2019, following jam sessions between singer Fionn Reilly and guitarist Joe McVeigh, and quickly built a buzz with their reverb-soaked post-punk sound. The four-piece’s ramshackle sound is reminiscent of everyone from Idles to King Krule’s more dissonant moments and with Idles, they share a penchant for socially aware lyrics and a disdain for toxic lad culture. By the time they released their second-single, ‘Sofa Surfing’ earlier this year, everyone from Steve Lamacq to Radio 1’s Jack Saunders was falling over themselves to proclaim Enola Gay to be one of the most exciting new bands in existence right now. They played their first live show at the tail-end of 2019 and despite only being able to play a handful since, they’ve already performed high-profile industry showcases for SXSW, Ireland Music Week and Eurosonic.

Celebrated for decades as a hotbed of electronic genres like drum ‘n’ bass, trip-hop and dubstep, recently the city of Bristol has produced a furtive scene of uncompromising and raucous post-punk bands. And Grandmas House look set to be the next big thing to graduate from that scene.

The trio, (comprised of Yasmin Berndt on guitars and vocals, Poppy Dodgson on drums and vocals and Zoë Zinsmeister on bass), has become known for its dank riffs, surf-guitar melodies and uncompromising guttural roar since forming in late 2018. They cut their teeth at venues like The Louisiana, Rough Trade and Exchange and have played alongside names including Stef Chura, Frankie Cosmos and Rita Lynch. Following a string of celebrated singles over the past 18-months, the trio has earned comparisons with everyone from The Raincoats to Motorhead, Courtney Barnett to The Slits, and have singled themselves out as one of the most exciting new live bands in the UK right now.

Looking with a shard in my eye, down across the imminent landscape of 5G networks from the top of the precipice, life becomes more embarrassing as I know they’re watching me. Automotion are an intense experience arising from a synthesis of automotion and becoming, which then follows in motion.

A lockdown project formed at the end of 2020, Regressive Left wear their politics on their sleeve. With influences ranging from the cyclical rhythms of EMB to the freedom and expression of the London jazz scene, the London three-piece has been compared to everyone from modern art-rockers Squid to post-punk titans Talking Heads and Devo to Hot Chip. Apple Music’s Matt Wilkinson called them ‘An essential new band,’ while they’ve won support from tastemakers Jaguar and Jamz Supernova and praise from Clash Magazine and DIY.

South-London trio Honeyglaze are graduates of the capital’s rock scene that take a healthy dose of inspiration from the furtive jazz scene that’s gripped London over the past five years. They describe Broadcast and Cate Le Bon as ‘their musical parents’, cite sixties soul and ‘90s dream-pop as key touchstones for their sound, referring to ‘This Must Be The Place’ by Talking Heads as the perfect song. The band are still relative newcomers but have built quite a reputation for their captivating live shows. 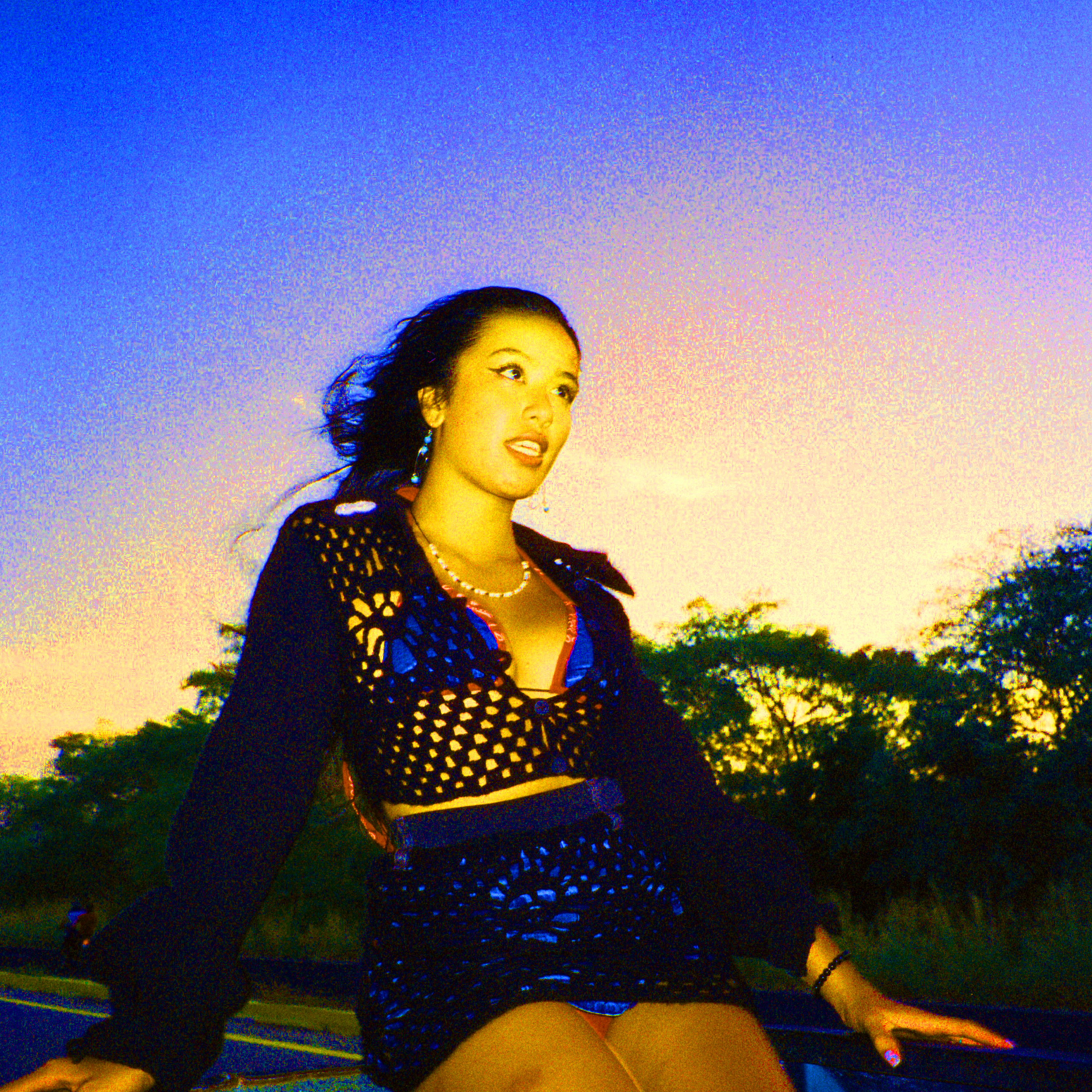 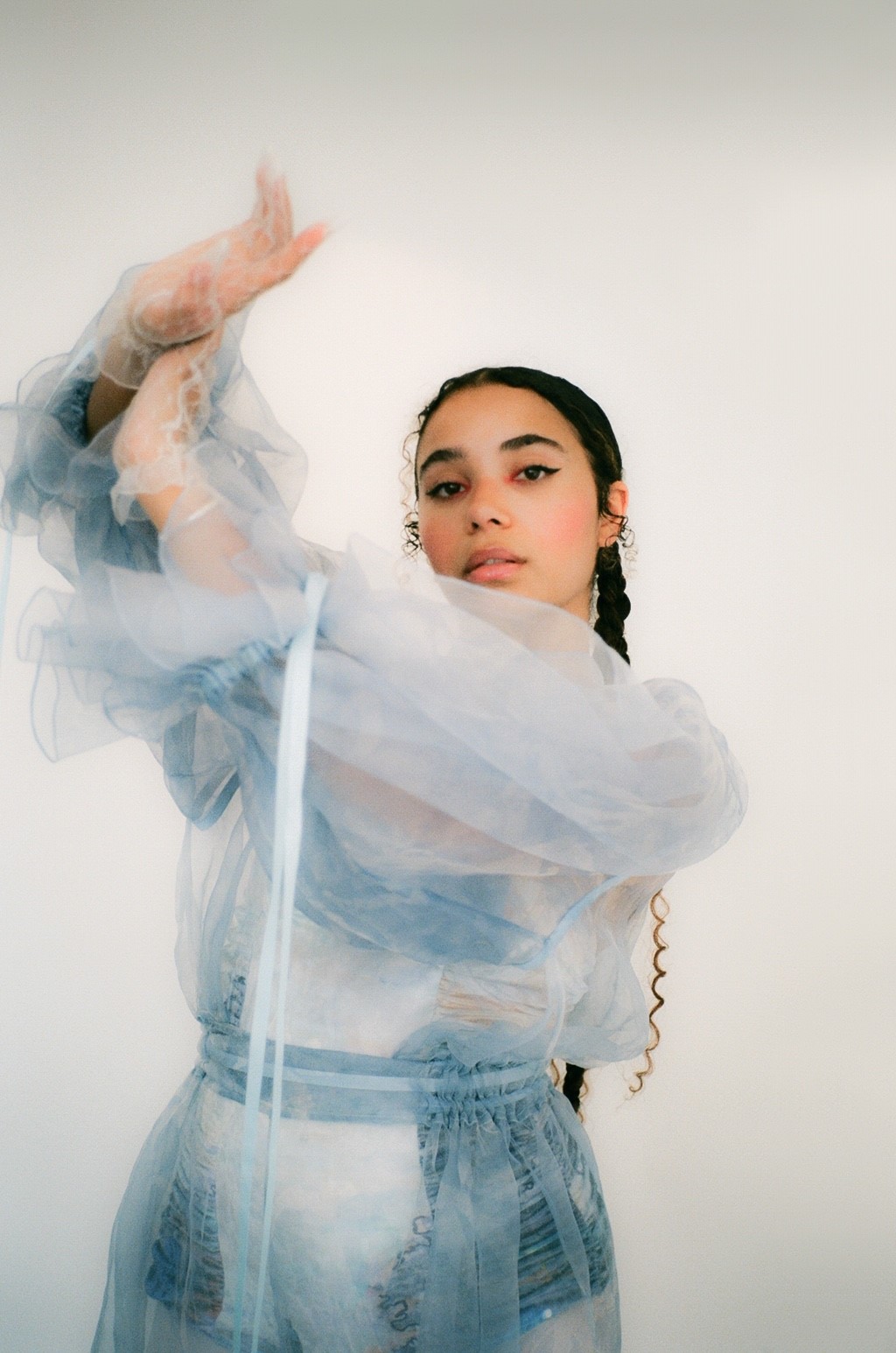 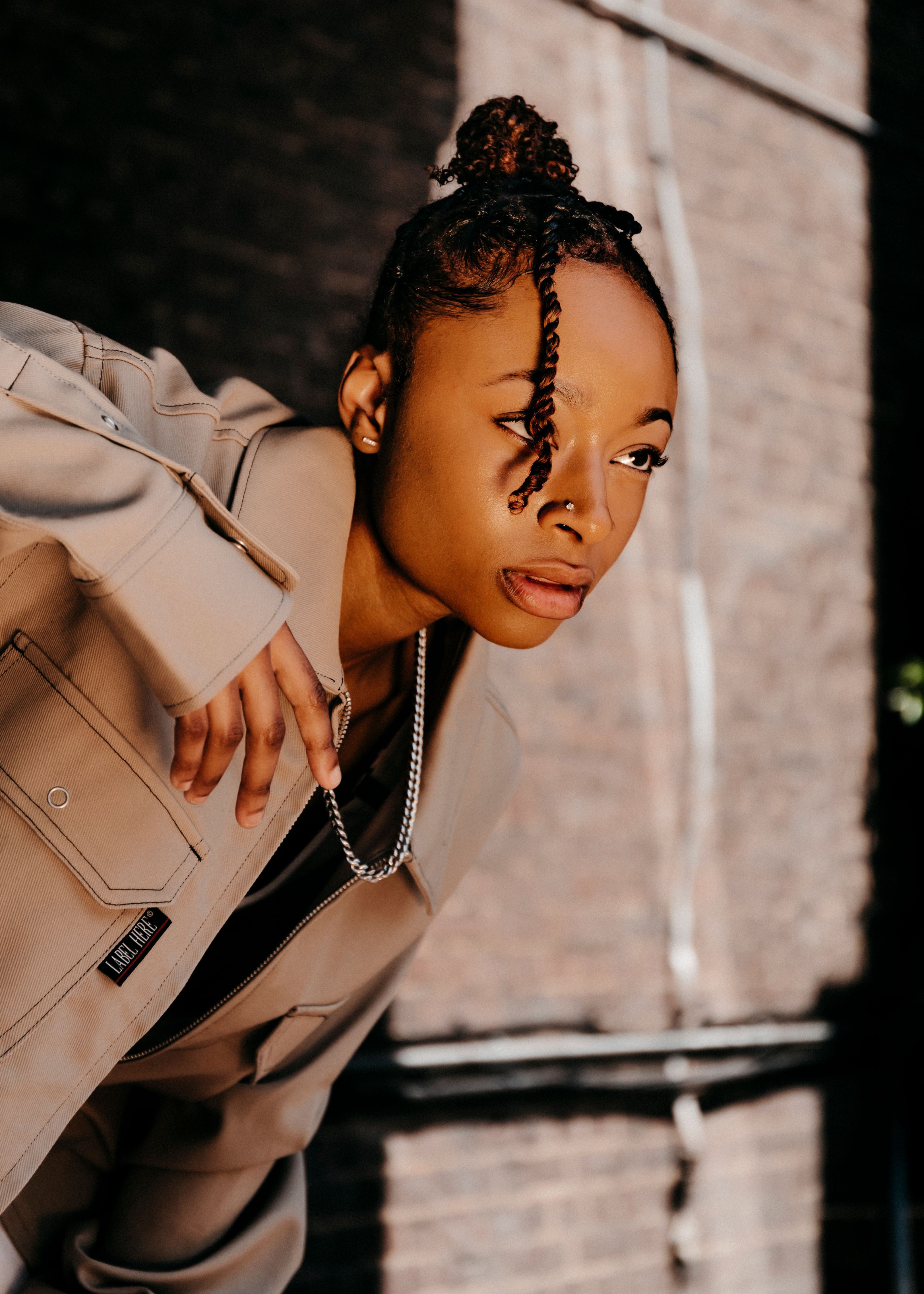 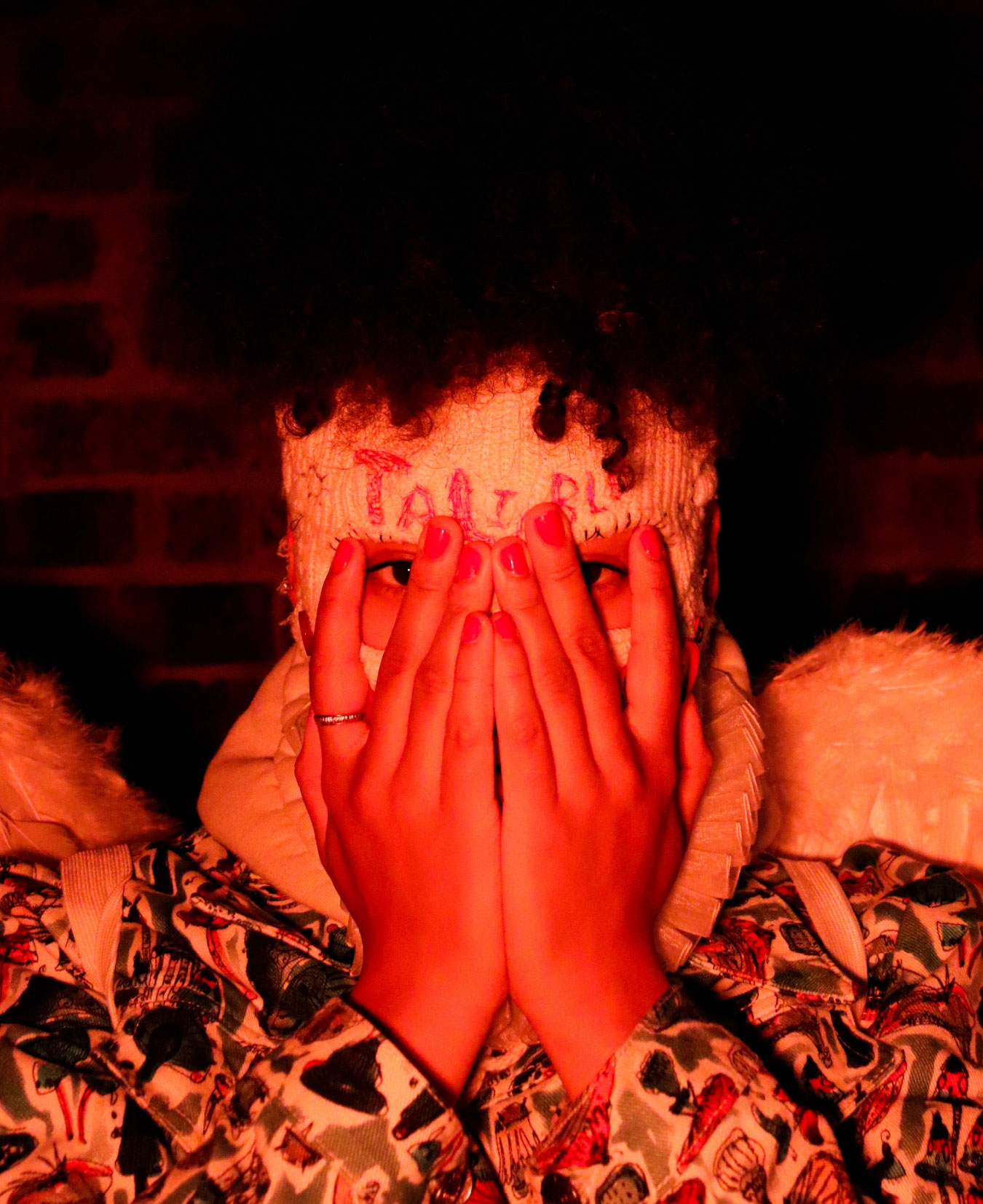 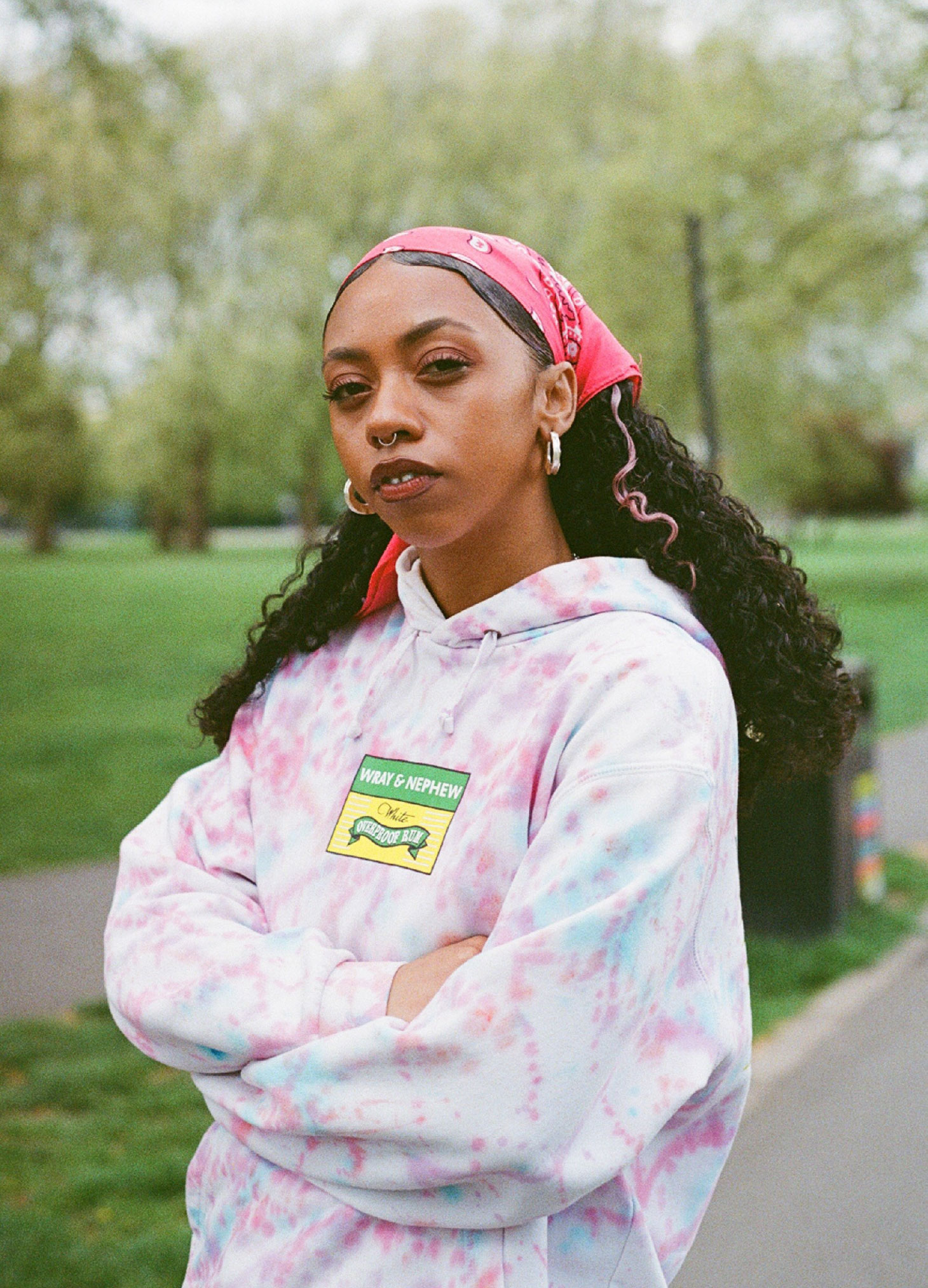 Londoner Nayana Iz has won plaudits left, right and centre for her singular sound which fuses the multiple musical strands she grew up with in the capital with the sounds of her much pined-for homeland.

Growing up in an artistic family in North London and being naturally musical from a young age, she started off making jazz, pop, and indie music in a band (singing and playing keys), before stumbling across hip-hop and fusing it with the soul of India.

Citing MF Doom as her biggest influence, she released a string of singles throughout 2020 and 2021 which won her fans in Jamz Supernova and Radio 1’s Sian Eleri and saw her perform her track ‘Partner in Crime’ for Colors.

A member of the AOT alumni, NiNE8 Collective, an influential network of London-based creatives that also features Lava La Rue and Biig Piig, Nina has also presented radio shows for NTS, Balamii and Reprezent as part of the collective as well as appearing on Boiler Room.

Northampton-based rapper BXKS plays the long game. Back in 2018 she appeared on UK rap and grime platform Mixtape Madness and caused such a furore with her freestyle that Skepta even tweeted her his congratulations. But instead of trying to capitalise on the hype immediately, she took a step back and figured out exactly who she wanted to be.

Instead of ploughing ahead with her career - the now 24-year-old (who grew up in Luton with parents who built a studio in her back garden for her dad to record reggae music) spent her time going to gigs, devouring the work of Skepta and Novelist and working a job at TFL.

By the start of 2020, she had a better idea of the artist she wanted to be and worked on what would become the ‘Full Time Daydreamer’ mixtape with producer TK. Released earlier this year, the mixtape showcases her bouncy and charismatic flow over a series of down-tempo, soulful and at times tripped-out beats that help create the dreamy, escapist world her music lives in.

Londoner RADA has crammed an awful lot in to her 21 years on this Earth. Born and raised in Russia until she was 11, since moving to London she has turned heads for a sound that oscillates between hazy r’n’b and soft trap. Her 2020 track ‘Burn One’ has already clocked up almost half a million plays on Spotify while she also acts as creative director for her musical project and models too. She’s of Jamaican heritage but her influences are wide-reaching and run deep, expressed through her music and visuals. Much like the genre-bending collective 237 to which she belongs, RADA refuses to be put in a box.

TaliaBle is a rising London rapper from Tottenham whose music revels in surrealism and off-kilter beats. She cites the unlikely duo of Salvador Dali and Dr Seuss as big influences and refers to her music as ‘dysfunctional rap opera’. It’s only until fairly recently that she’s begun to take music seriously, spurned on by her first heartbreak. Interning at UK rap platform Keep Hush at the time, she told her now producer, Karl Binarj that she wanted to record something and they struck up an immediate musical connection. She’s already played high-profile shows for Late at Tate and looks set to turn heads throughout 2021.

21-year-old Nia Archives is one of the most exciting young prospects coming out of the UK’s flourishing jungle scene right now. The producer, singer and songwriter form London combines jungle rhythms with her neo-soul purr and caught widespread attention with her 2020 track ‘Sober Feels’. She got a break as part of DJ Flight’s EQ50 mentorship scheme which aims to help womxn to progress in jungle and drum ‘n’ bass and led to collaborations with Redlight, Jakwob and Congo Natty and eventually, releasing her debut EP, ‘Headzzzz Gone West’ on UK bass music online platform and label UKF. 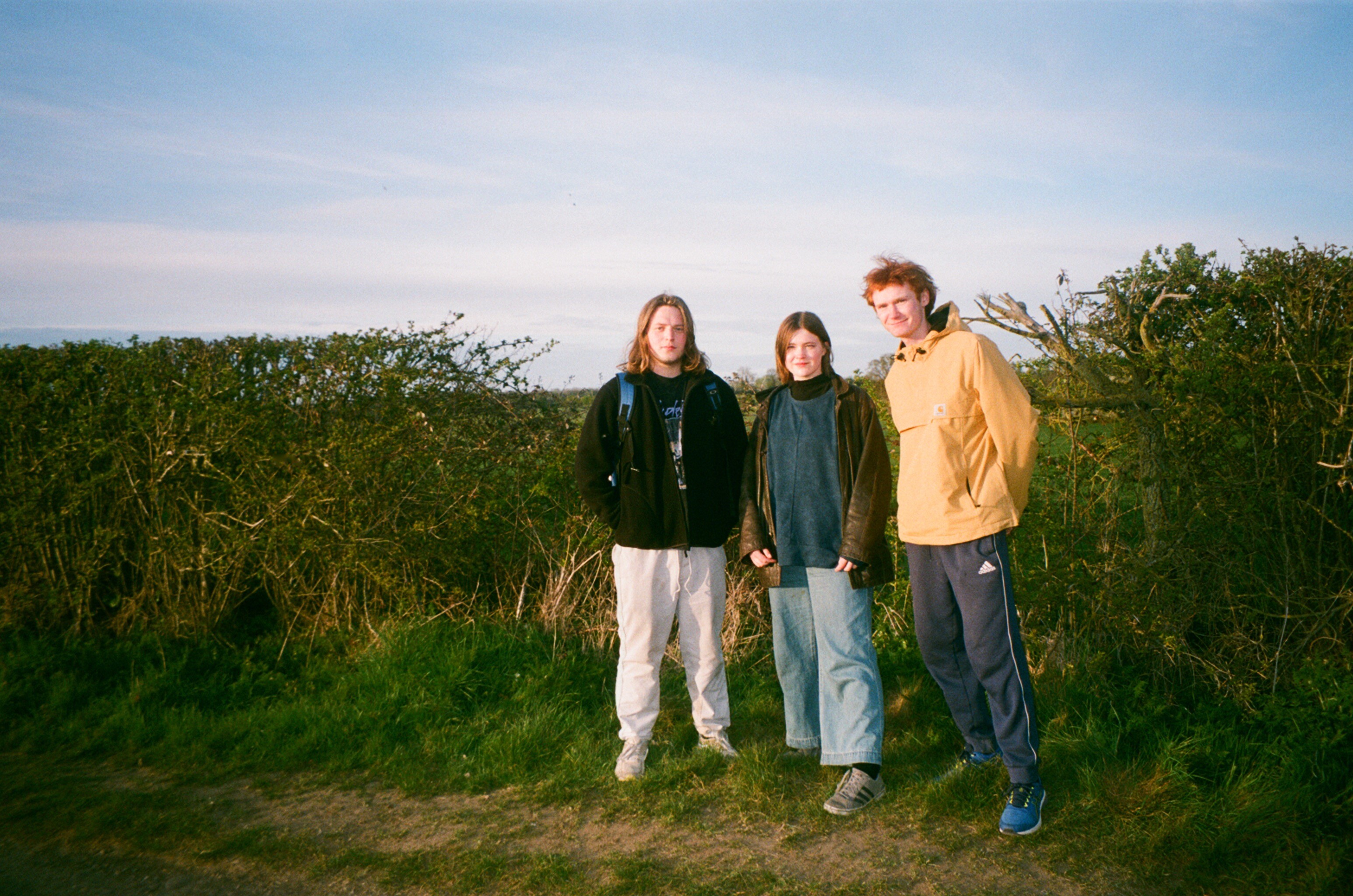 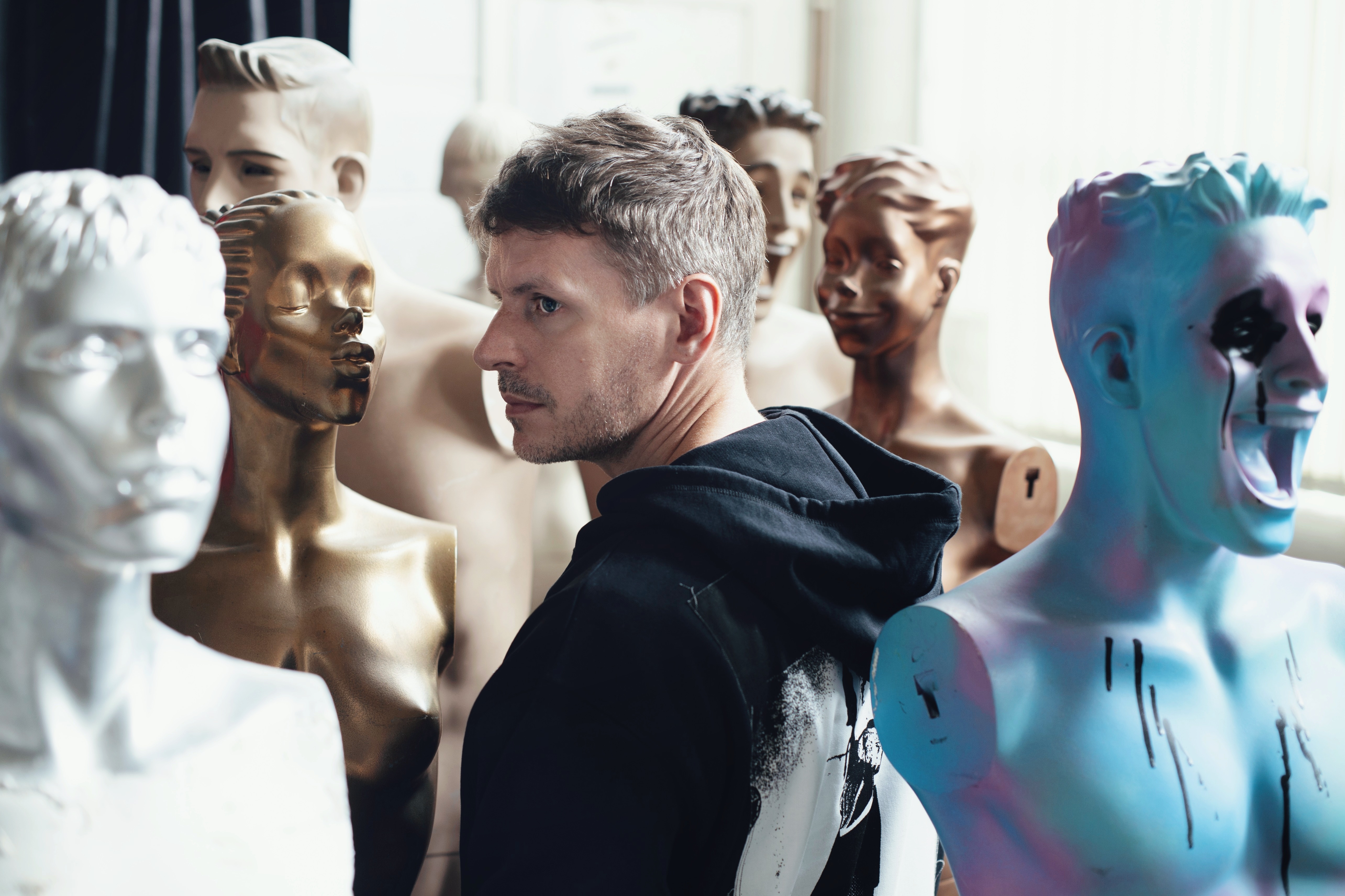 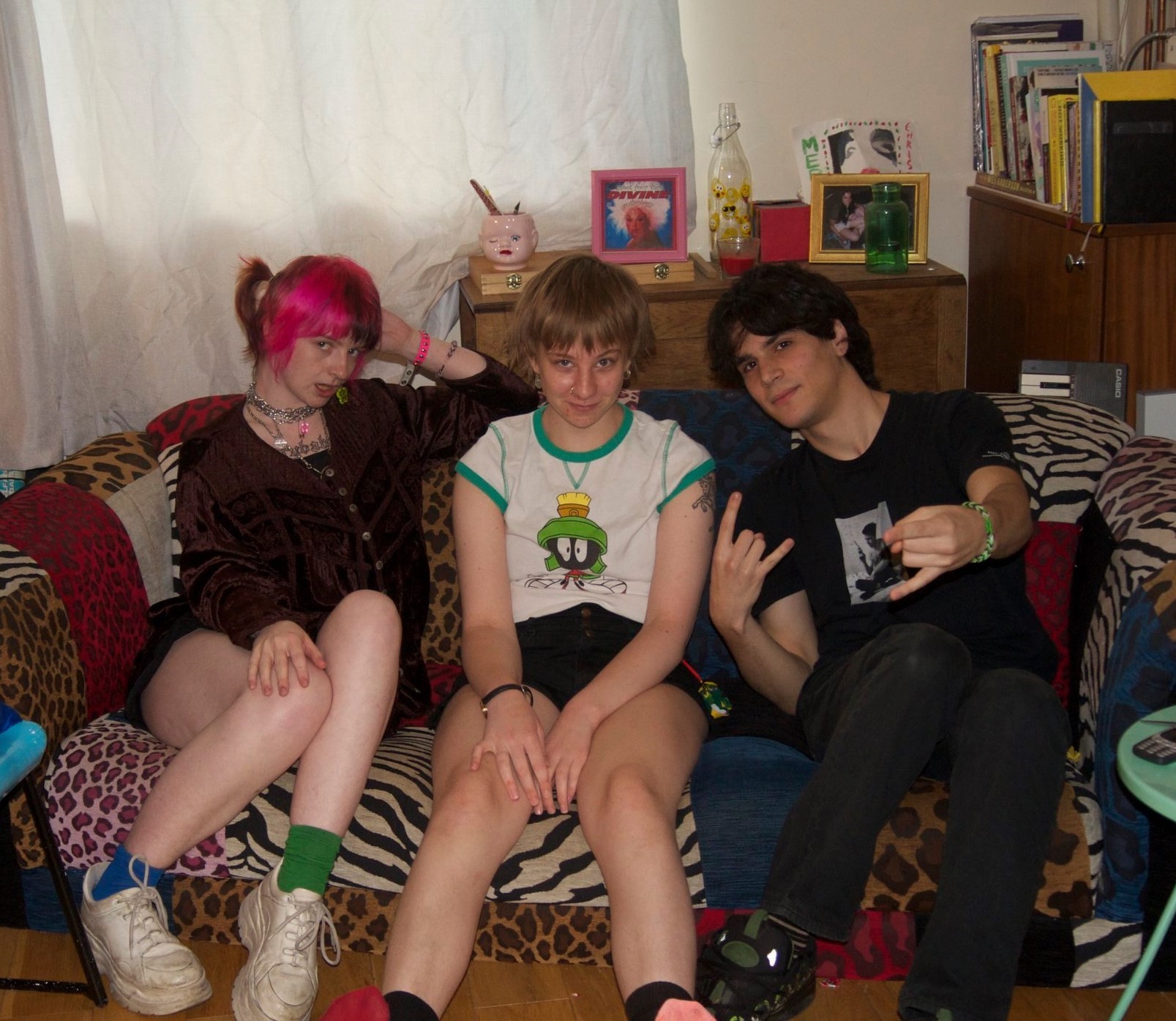 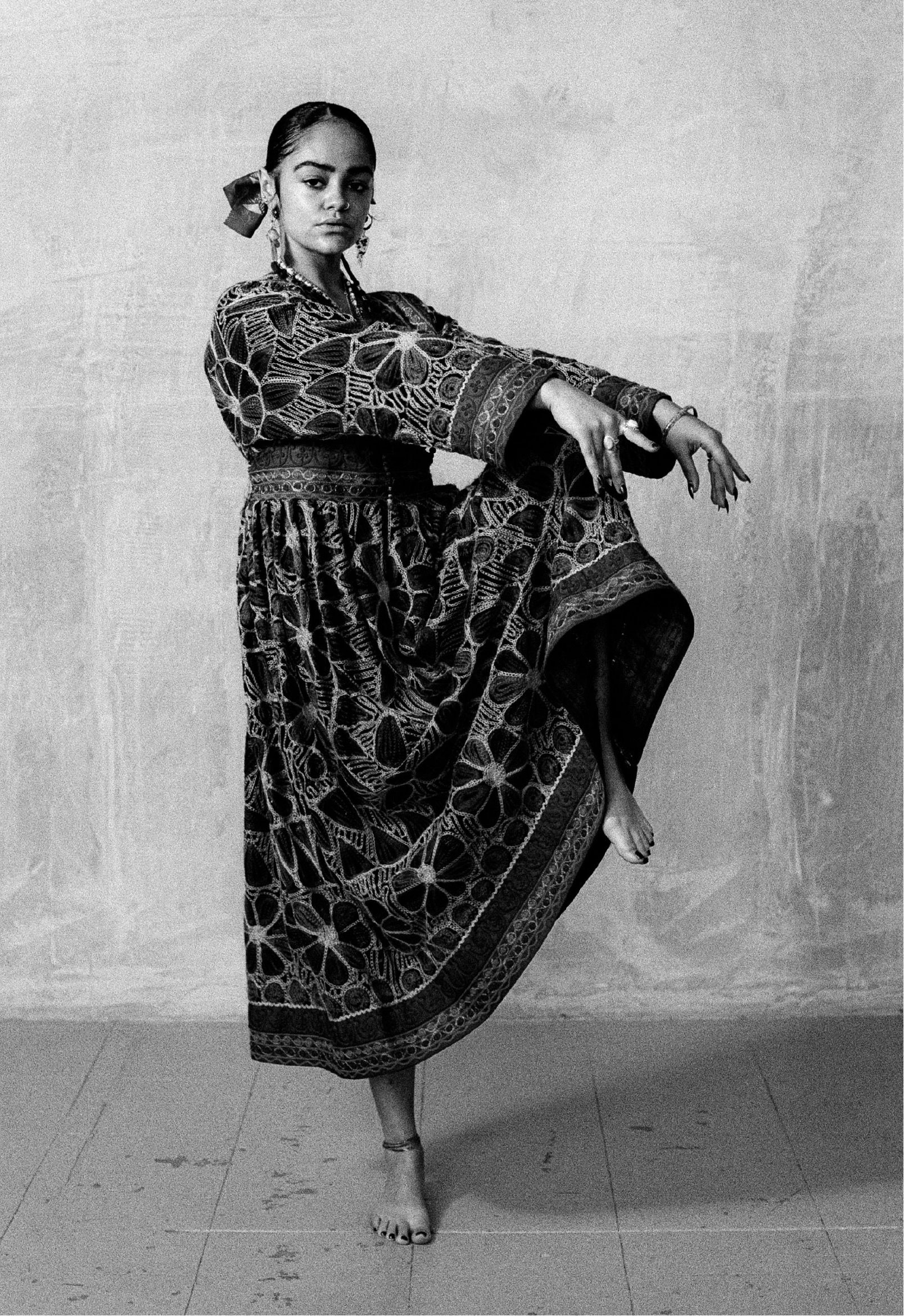 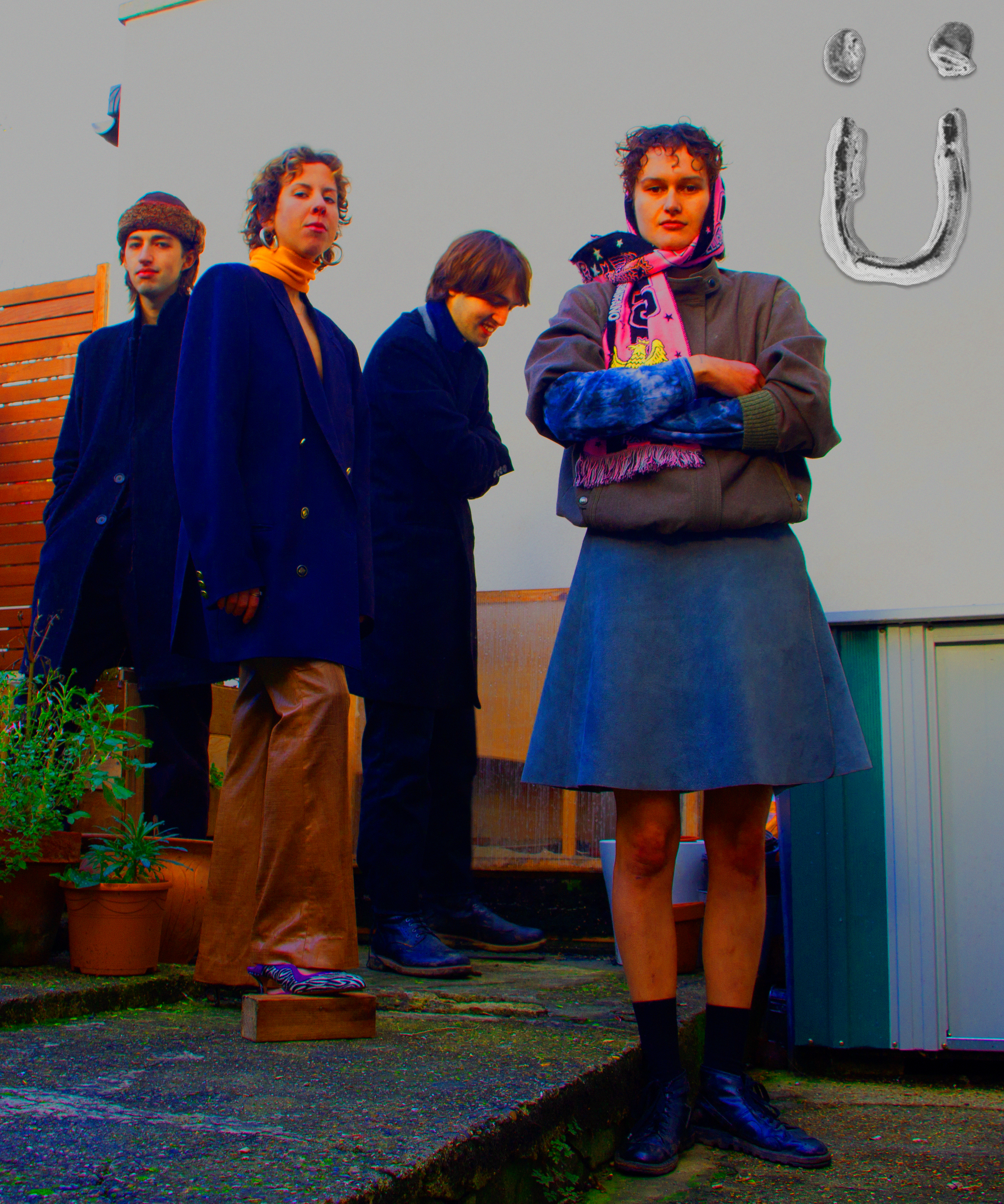 PVA are the genre-hopping passion project of London musicians Ella Harris, Josh Baxter, and Louis Satchell. The trio formed in the din of a house party two years ago and traverse fistfuls of genres throughout rapturous live sets, incorporating techno, Balearic euphoria, and industrial miasma within the same songs. The band’s unique energy combines with blocky synths, deadpan vocals, and motoric drum loops to earmark the group as one of the capital’s most forward-thinking new bands.

Belfast’s Neil Kerr makes raucous, punk-edged techno that has earned him comparisons with Giant Swan and Marcel Dettman. He took on the moniker in 2018 and just days after playing his first live show alongside fellow Northern Irish DJ OR: LA, he was invited to play Berlin techno mecca Berghain. Within a year he’d played four times, including a peak-time slot on the main Berghain floor for their Pride party, and began picking up gigs at huge venues like Printworks in London and AVA Festival in Belfast where he recorded a Boiler Room stream. While the events of 2020 slowed down his rapid rise as a live electronic act, he kept his profile up with remix work for the likes of Enola Gay and his own ‘The Perils of Youth’ album picking up fans far and wide.

PaddywaK’s music has been described as ‘A wonderful wall of noise with some big pop interludes’ by Tim Perry, owner of The Windmill in Brixton, a venue famed for giving early gigs to artists like Meatraffle and PVA. And that sounds about right to us. The London trio (made up of Caitlin Power from Belfast, Orazio Argentero from Rome and Leo from Burnham) has played with Black Midi, and their powerful combination of distorted feedback, psychedelic melodies and uncompromising high power screams caught the ear of London label Double Dare, who released their debut EP ‘Spacey Daisy’ last year.

An intoxicating, unique blend of dub, trip-hop and UK rap delivered with poise and personality, POiSON ANNA is one of the most singular and uncompromising British voices to emerge of late. EXCELSiA, the debut mixtape from the 23-year-old British-Czech artist '' dropped in June this year and was written as reaction to societal mishaps, from the abuse of power to the emergence of fake news. The project is ultimately a meditation on a very personal journey of self-discovery, reflection and the pursuit of truth in a broken and misguided society. The mixtape was produced alongside regular collaborator Mobb and built support from the likes of Mary-Anne Hobbs and Benji B. She even had her music feature in GTA V and has collaborated with fellow artistic visionaries A$AP Rocky and Dean Blunt.

The genesis of London four-piece The Umlauts lies in the Gloucestershire town of Stroud where the group’s song writing duo Alfred Lear and Oliver Offord grew up. There they would spend days writing in the town’s SVA (Stroud Valley Artspace), using the space as a refuge where they could delve into the world of synthesisers, while taking musical influence from everyone from Bjork to The Fall to The Knife. However, it’s at art college in London with the addition of lyricists and vocalists Annabelle Mödlinger and Maria Vittoria Faldini that’s crystallised them as a band. Their debut EP Ü is a tightly woven mix of mechanical synth-pop, spiky no-wave and bristling post-punk.

Their geographic backgrounds come to the fore too, with the two vocalists singing in their native tongues. With Mödlinger hailing from the Austrian Alps and Faldini born and raised in Monaco, one of The Umlauts early fascinations has been communication across boundaries and what can be conveyed.

That The Umlauts formed and operate in the shadow of the UK leaving Europe isn’t something a trans-European group have been able to shy away from, but it’s also why they come across as a much-needed antidote. They’re a brilliantly idiosyncratic reminder of the benefits that a melting pot of cultures and cross-border perspectives can result in.