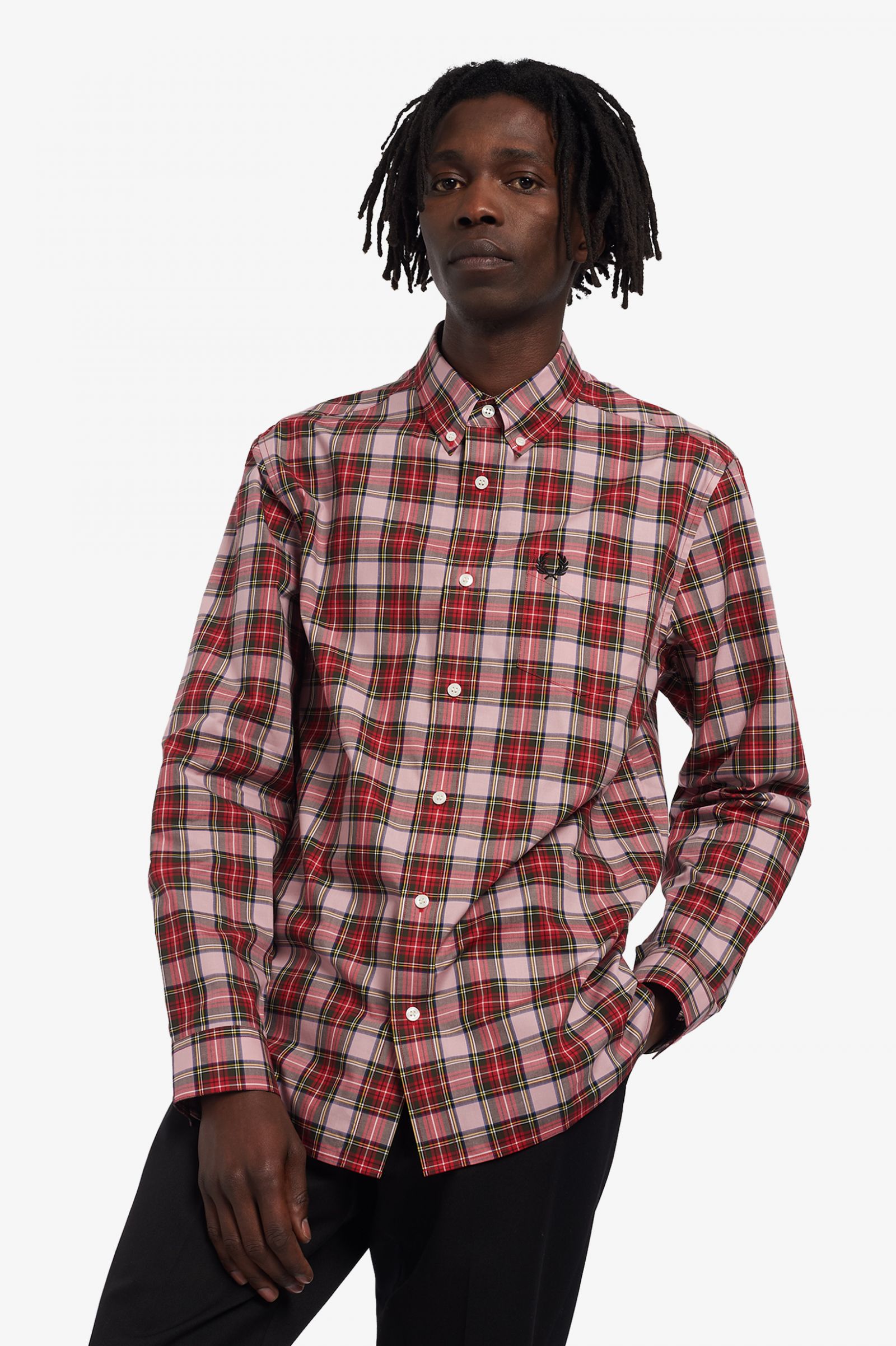 A button-down shirt in crisp cotton poplin, woven with a Stewart Tartan design and constructed with our signature shirting details.