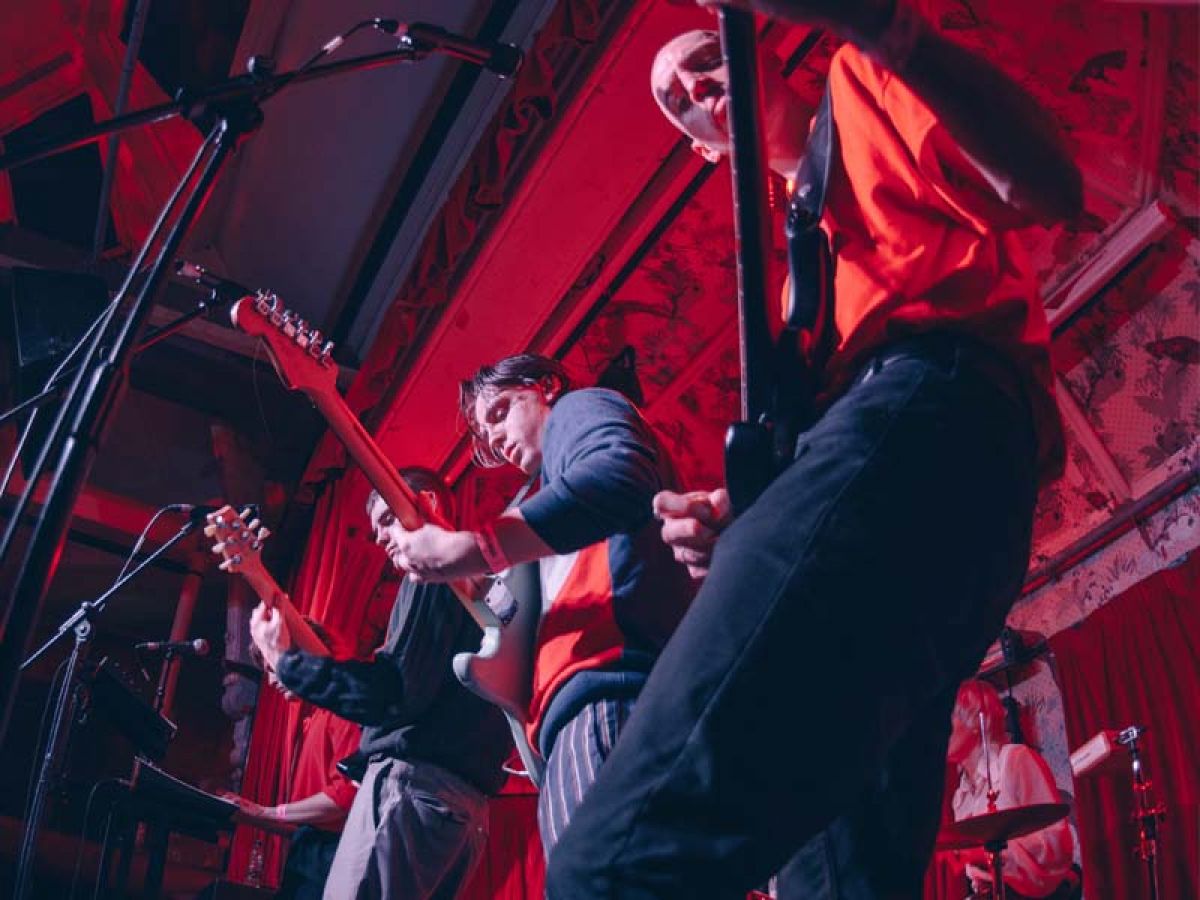 Fred Perry Subculture Live Presents:
Do Nothing at the Deaf Institute, Manchester

Manchester’s Deaf Institute is the perfect host for one of the most exciting post-punk line-ups you’ll find anywhere.

The doors opened to a DJ set from Manchester stalwarts Hot Singles Club, who put on a mix of soul, funk and floor fillers - presented to the crowd from atop the Deaf Institute’s balcony. Hot Singles Club unleashed banger after banger like Roman emperors, playing to their adoring fans. Before long the first band were up, Leeds’ English Teacher. Without a doubt one of the country’s hottest new bands, English Teacher have amassed a cult following of die-hard fans and tonight their sound is better than ever, tearing through track after track. 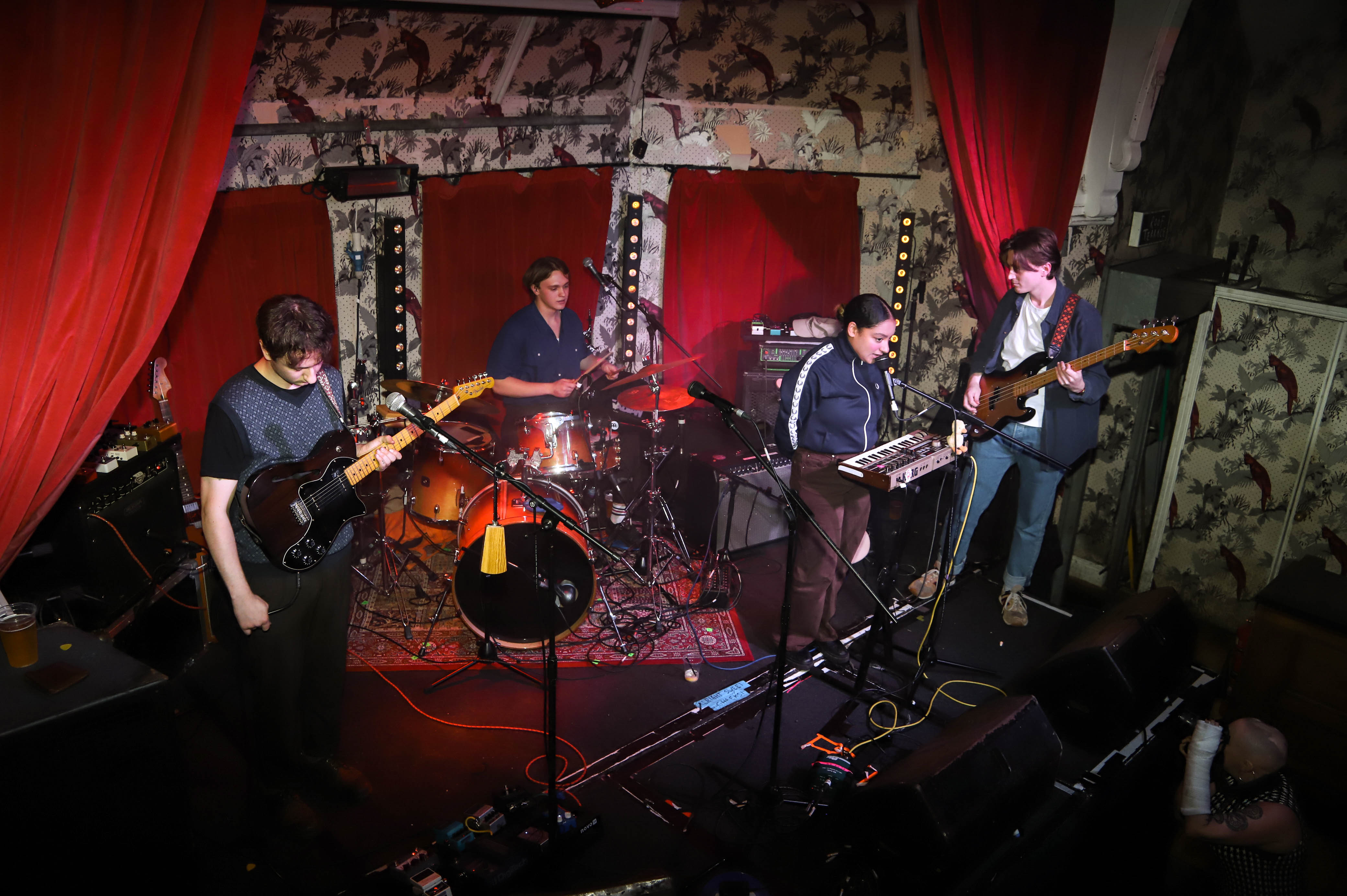 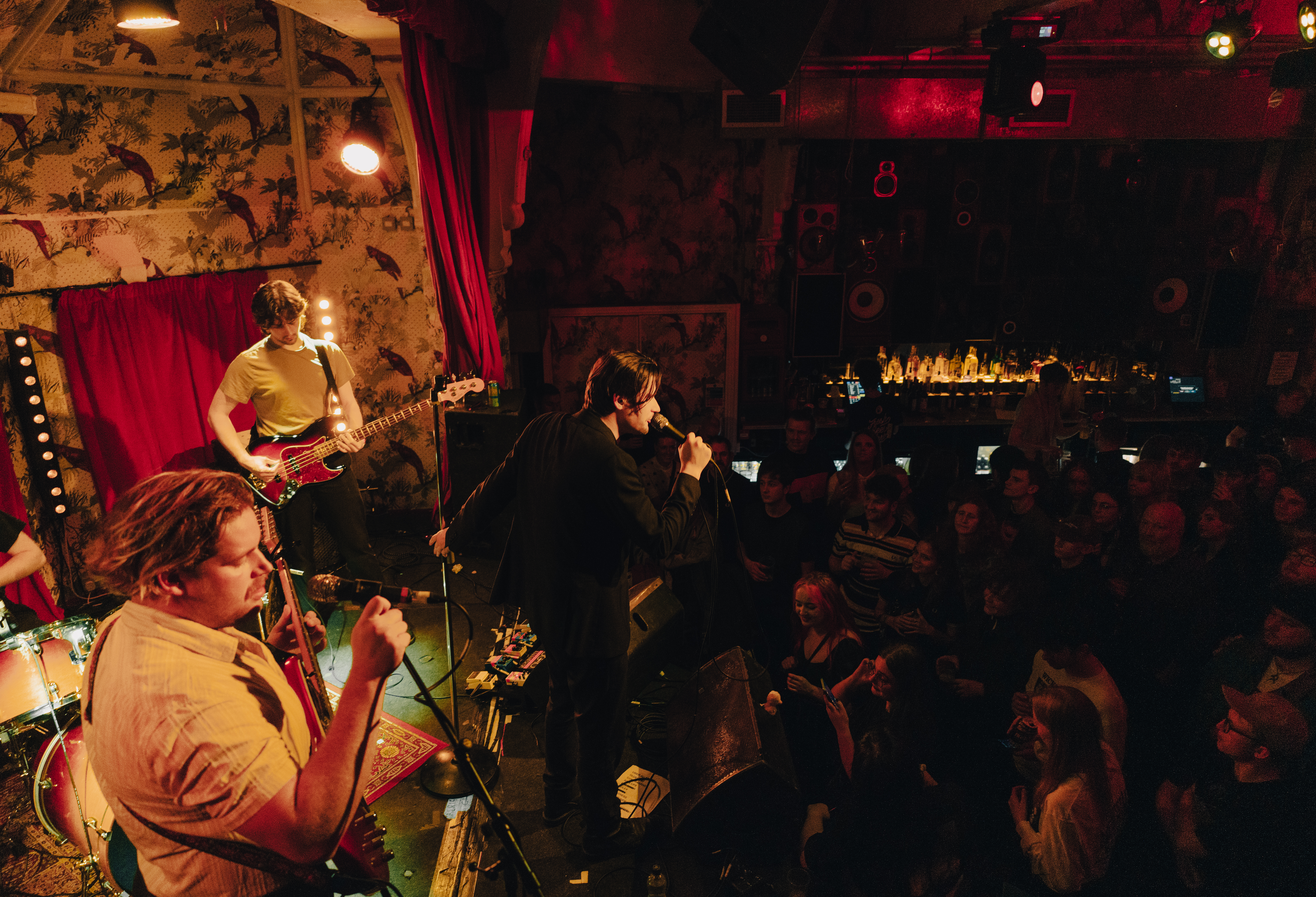 English Teacher’s sound is born straight out of the post-punk scene; poetic lyrics and dreamy indie pop - not unlike Dry Cleaning - mix masterfully with Black Midi/Squid style breakdowns and instrumentals. English Teacher have managed to curate a unique sound that is so captivating - if they’re not already your favourite band, then you are missing out. The band promised new music next week, so keep your eyes peeled - English Teacher are on a seemingly unending upward trajectory. 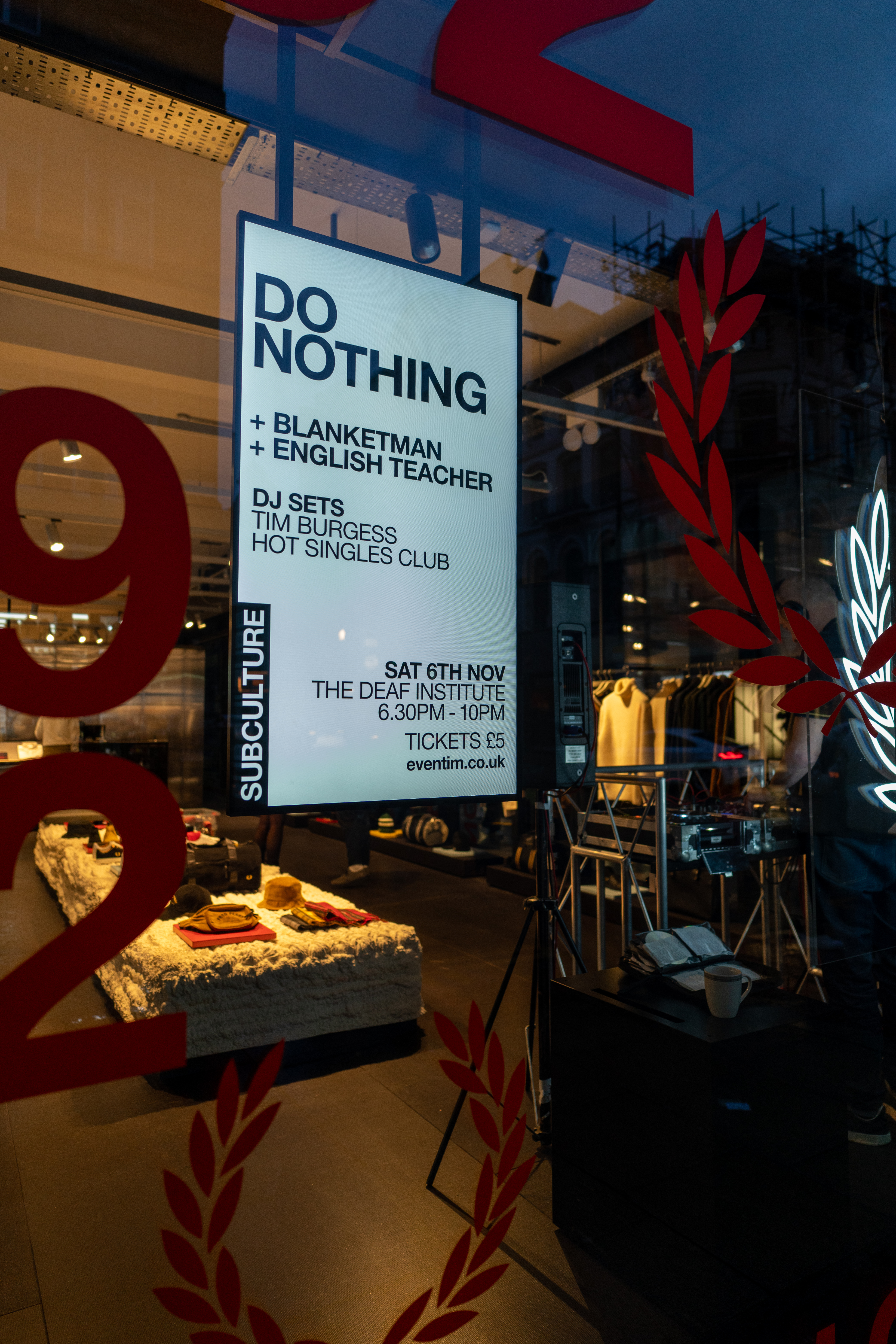 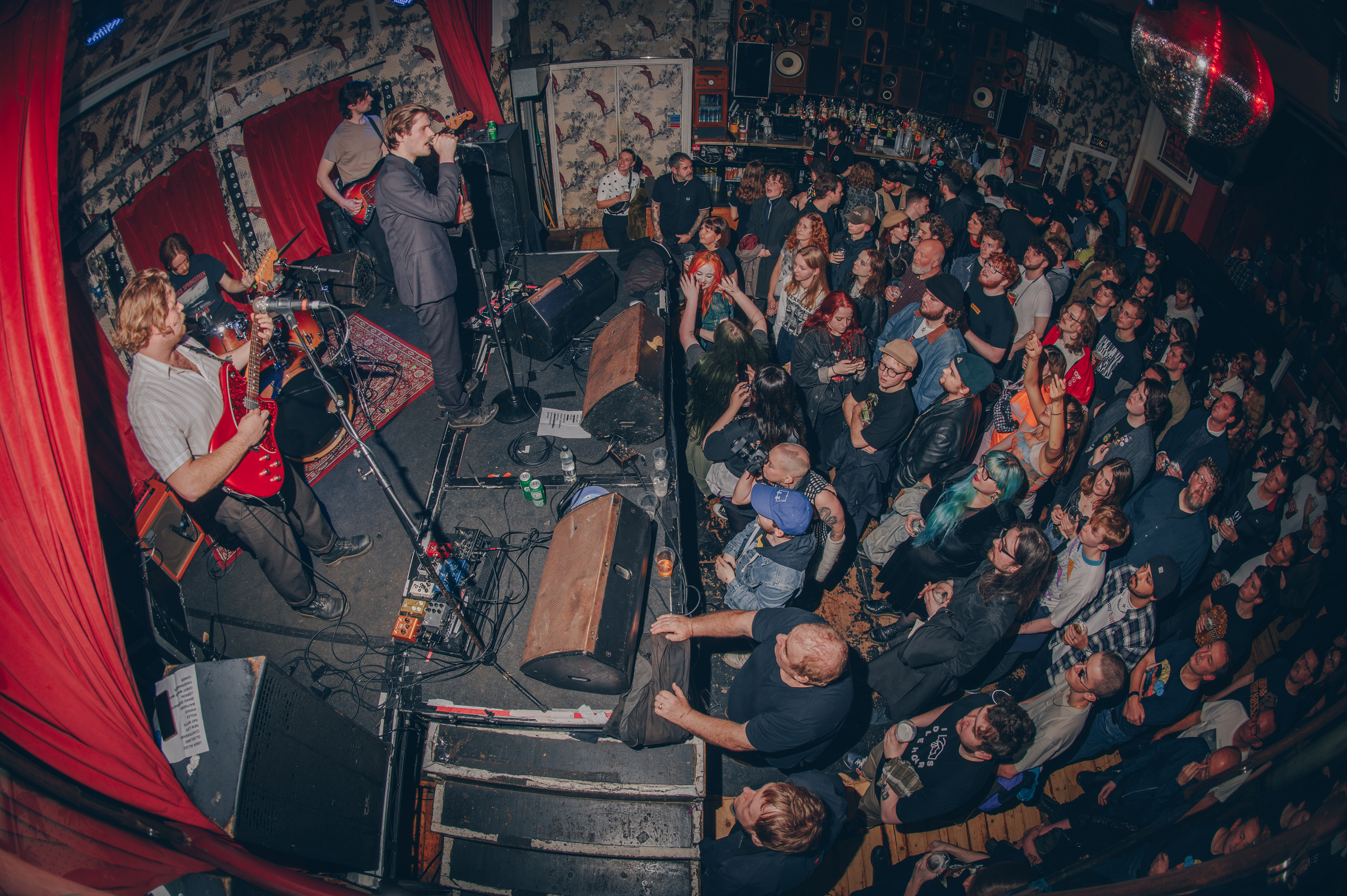 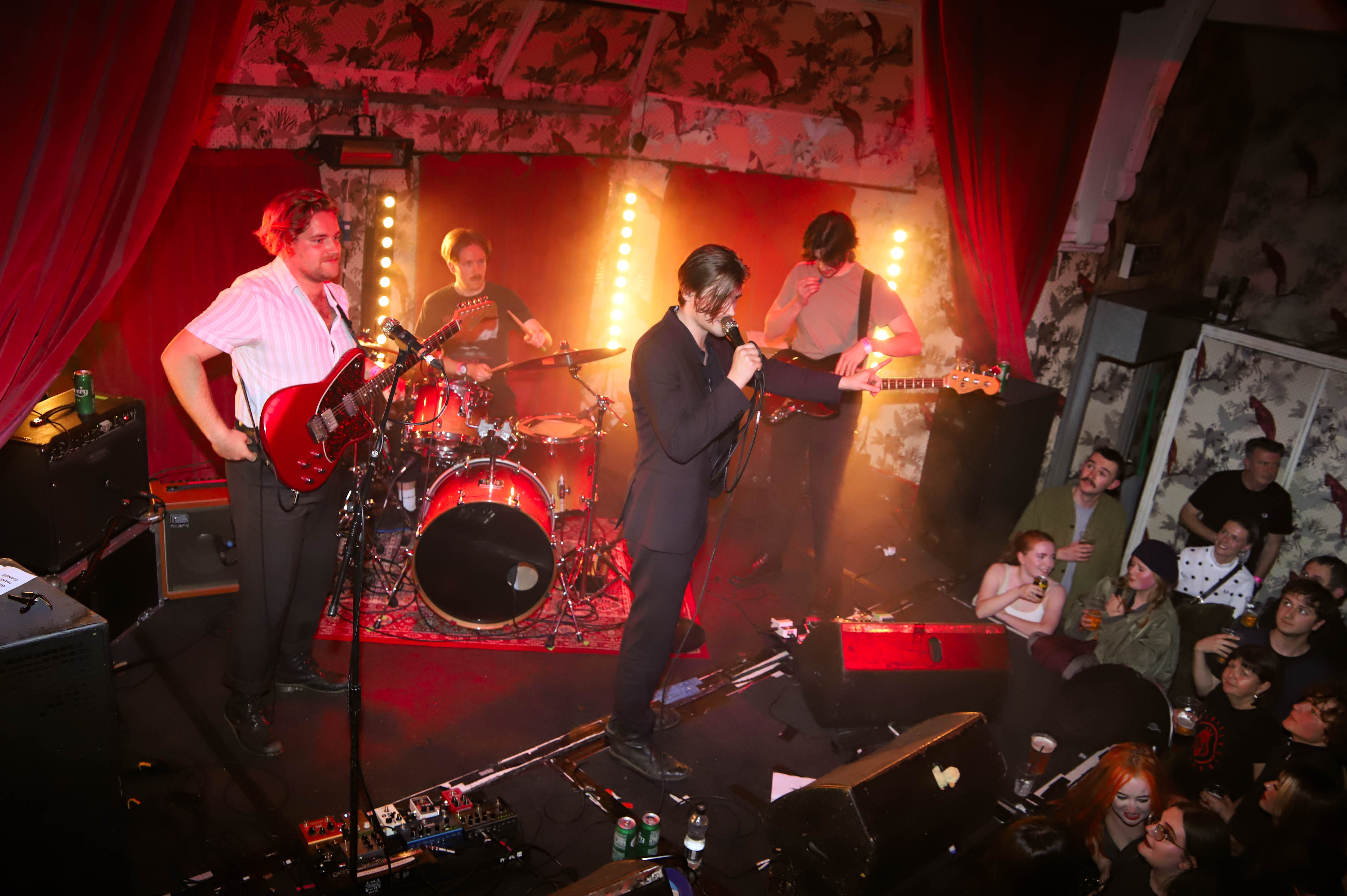 We are treated to a bit more Hot Singles Club before Blanketman begin, barely cramming each member onto the stage. Blanketman rattle through songs with minimal crowd interaction - vocalist and rhythm guitarist Adam Hopper barely has a moment to swig his pint before the band launch into the next number. They played a mixed set of fan faves and a new tune, which went down well with the adoring Manchester crowd. Blanketman are a band who seem on the cusp of something huge, they earn (deserved) critical plaudits left and right, and can’t seem to write a bad tune. Their ever-growing fanbase is passionate and loud; Blanketman are destined for big things.

Mop-topped Charlatan and indie legend, Tim Burgess, emerged from behind his own fringe to play a short DJ set. Burgess took the DJ’s seat in the Emperor's balcony and set about whipping the crowd into a frenzy pre Do Nothing: a task which Tim took on manfully, blasting the Deaf Institute with a selection of hand-picked bangers. Like a sommelier at a wine tasting: think more Madchester than Merlot. 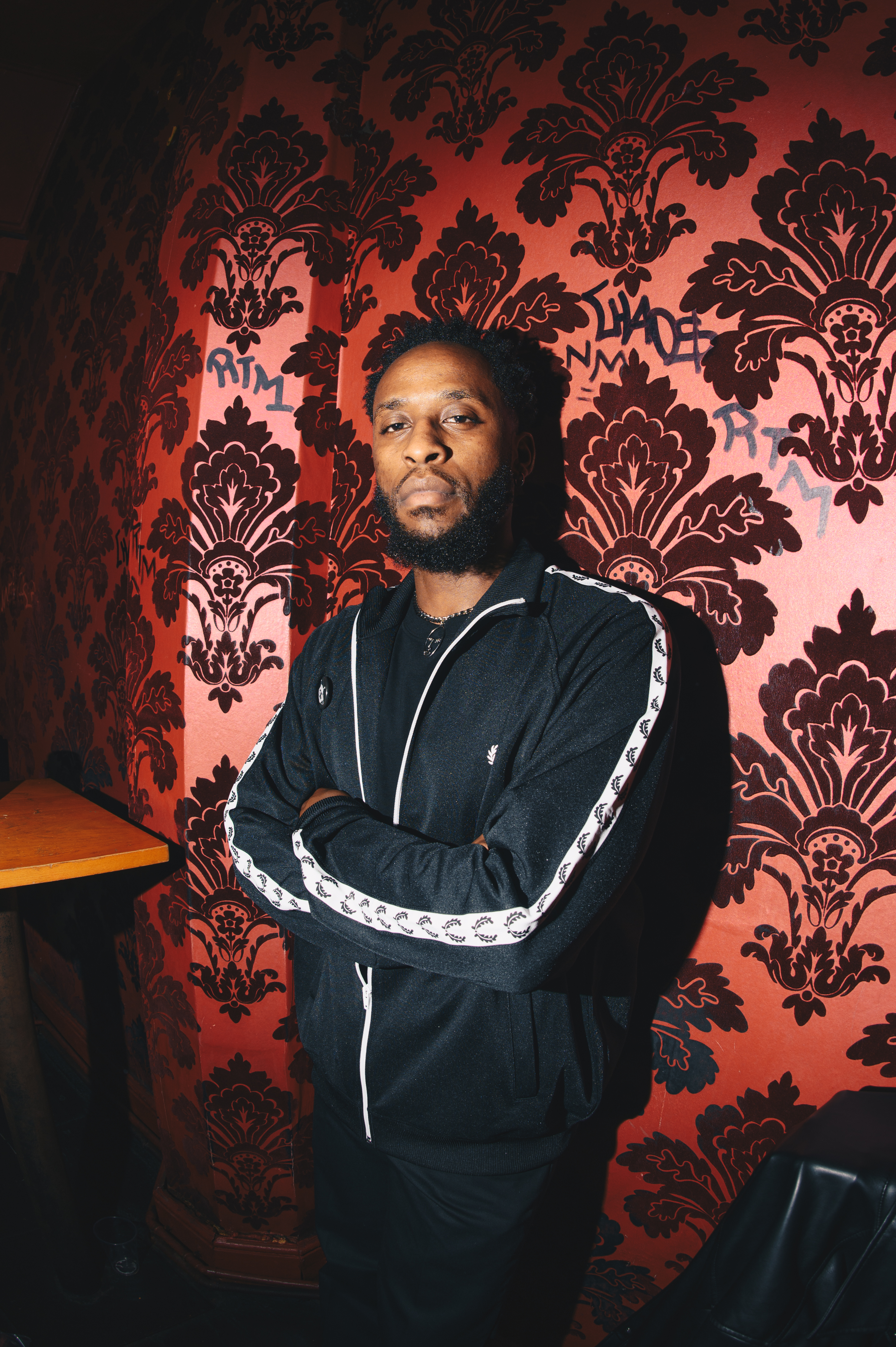 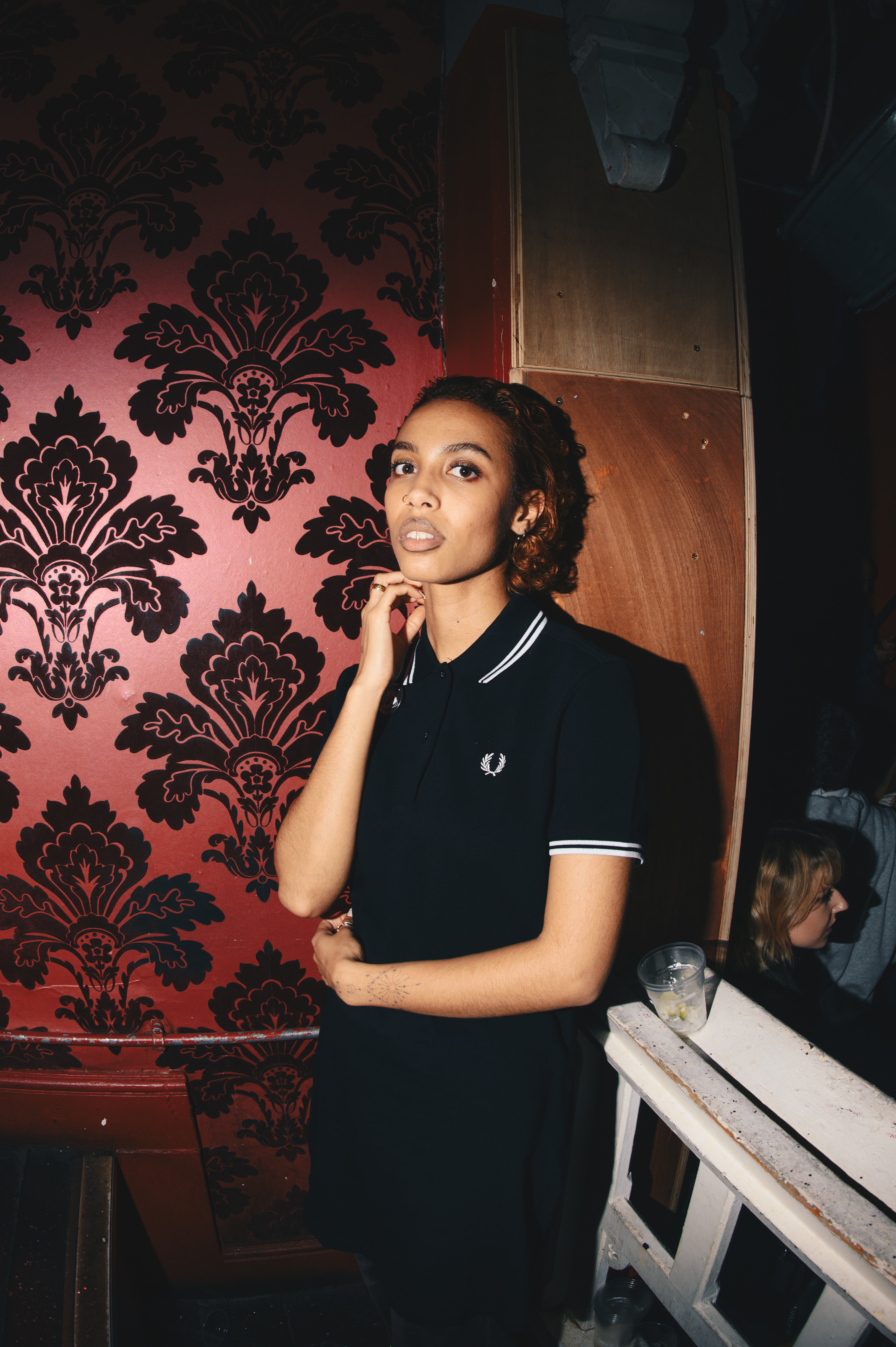 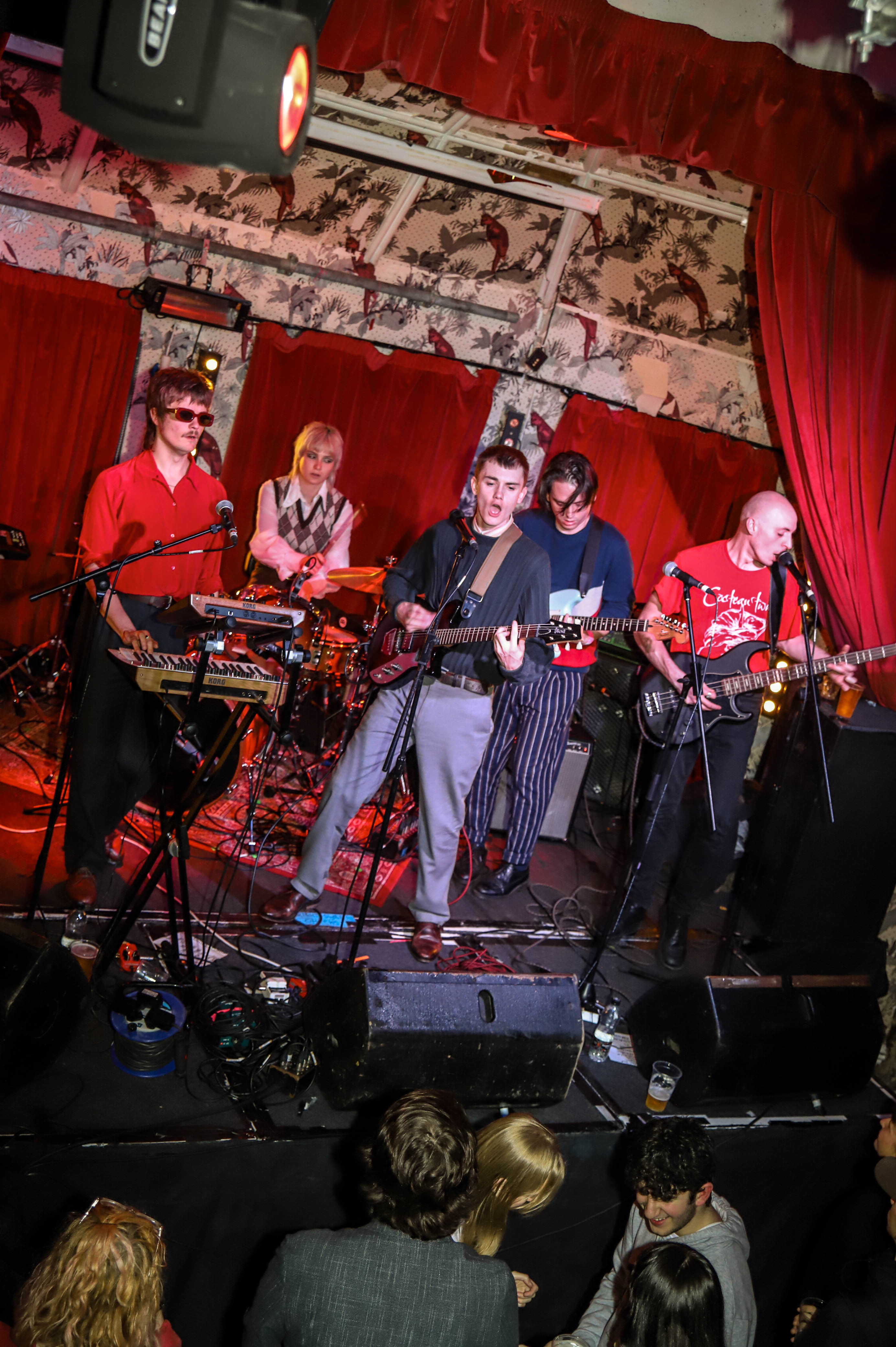 Do Nothing are, at this point, kings of the scene. By the time they walk on to rapturous applause, The Deaf Institute is rammed. People really love this band - with good reason too - Do Nothing are tight and well drilled, having honed their sound by touring the length and breadth of the country in the last few weeks. They look sharp too, each member is dressed in shirts and suit trousers - except frontman Chris Bailey, who is fully suited and booted. Bailey has all the traits of a good frontman - he holds the crowd in the palm of his hand as the band play through tracks from both EPs, Zero Dollar Bill and Glueland. Do Nothing’s offbeat, art-rock sound is the gleaming jewel in the post-punk crown: they’re a band full of confidence and the crowd feeds off the band’s energy. The Nottingham band treats us to a new track before disappearing into the cold November night - the world needs more music from Do Nothing.

The night is closed out by Burgess, once again bringing indie bangers to the masses like some sort of nineties christ, feeding thousands with little more than a Happy Mondays track and some cans.

Overall, Fred Perry have laid on quite the night. The mixture of enjoyable DJ sets and three of the best new bands Britain has to offer makes this an evening to remember. 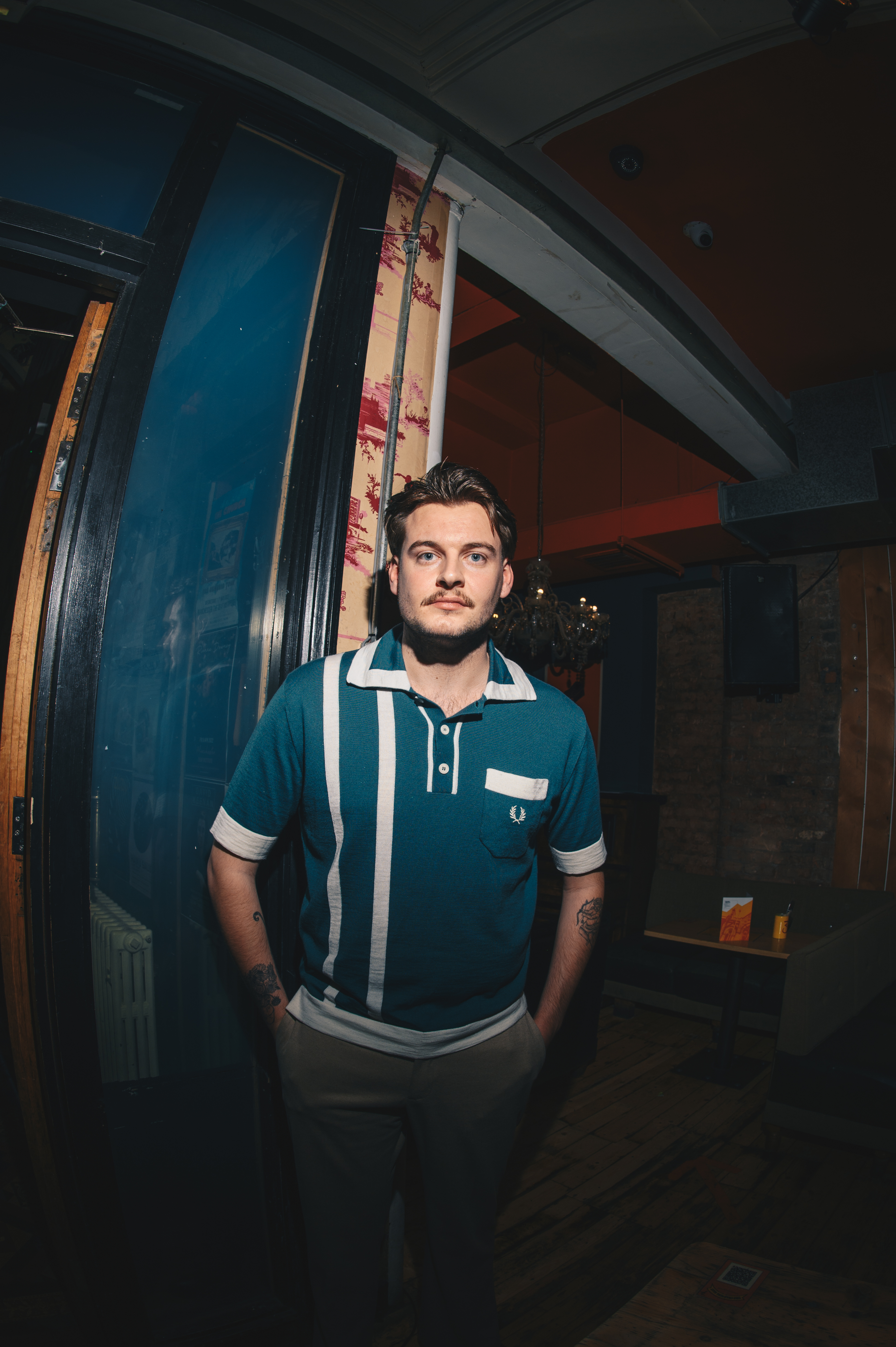 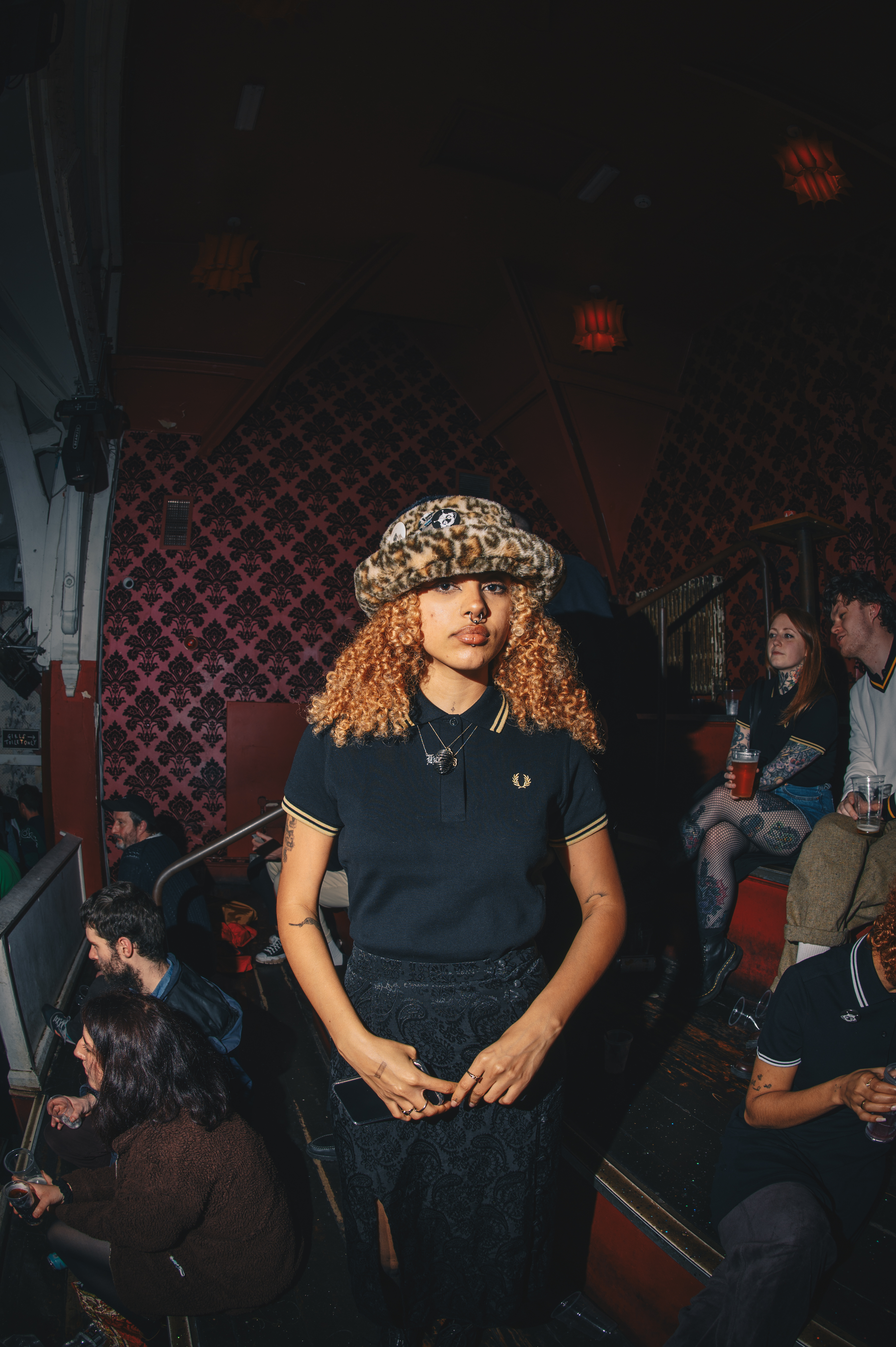 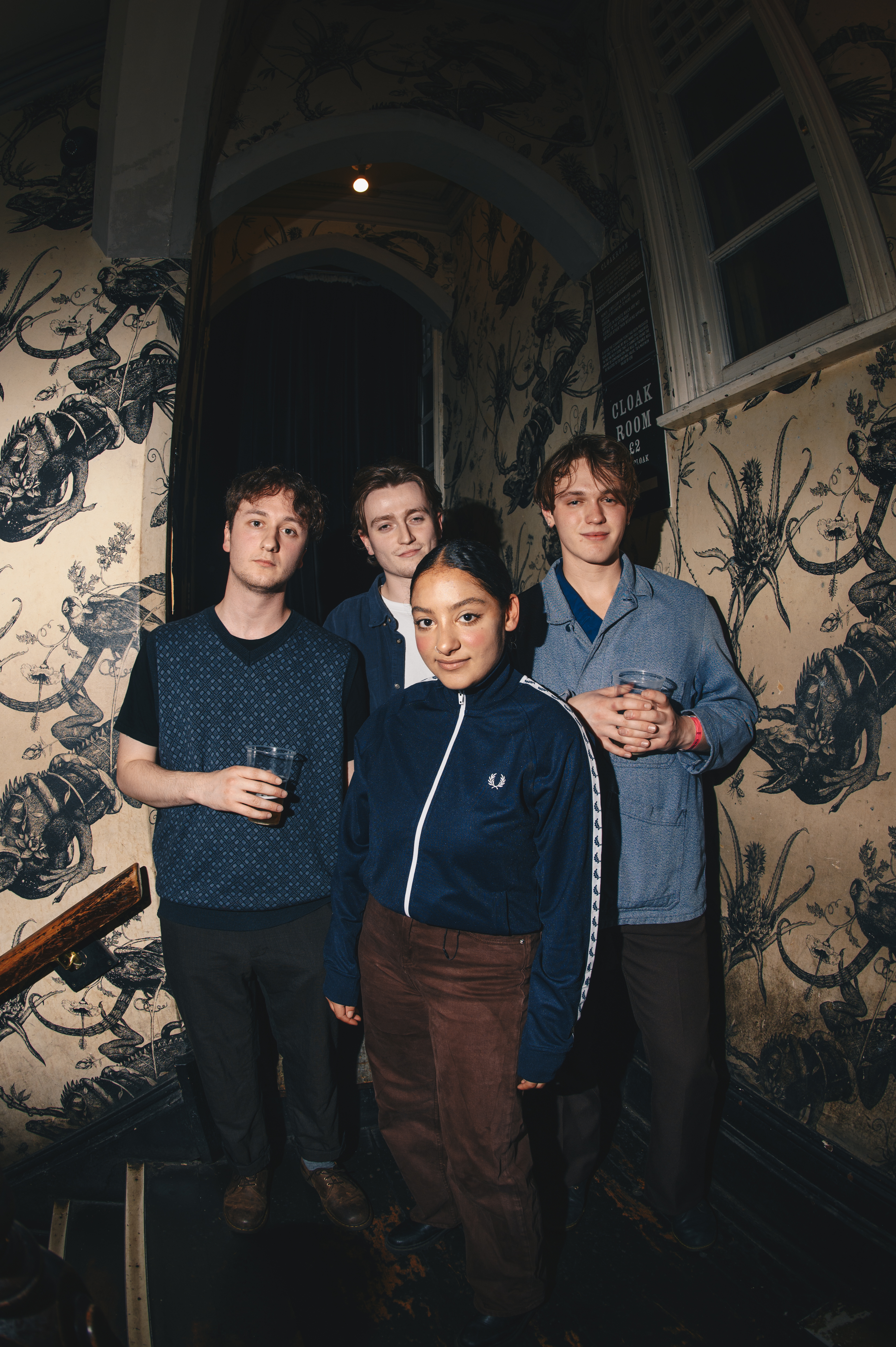