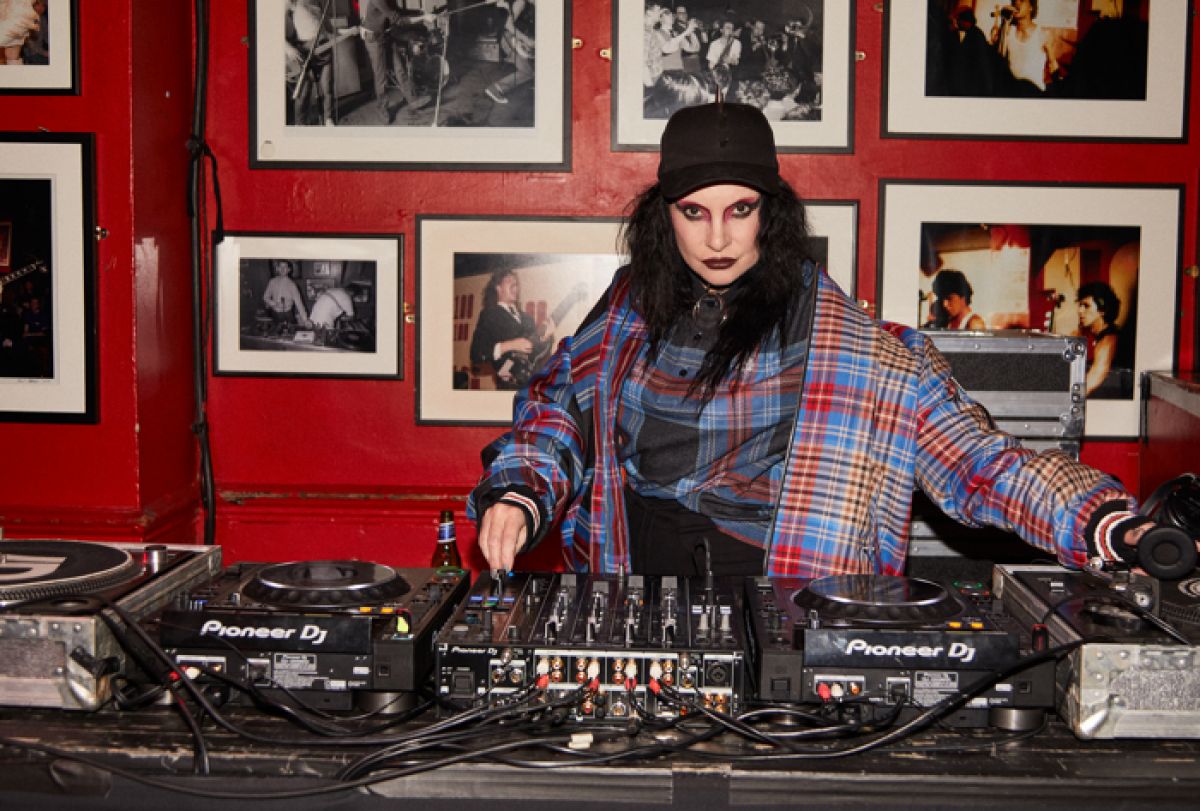 Fred Perry and
Charles Jeffrey Party
at the 100 Club

To celebrate the launch of our third and final collection together, Charles Jeffrey curates a night at our beloved 100 Club. There ain’t no party like a Loverboy party.

Fashion and music are natural bedfellows, this is no secret. Each and every notable subculture since the beginning of the 20th century has been propelled forward by the raw, dual power of sartorial and sonic experimentation. This winning combination is well known to Charles Jeffrey whose brand, LOVERBOY, took over The 100 Club on Wednesday for a night of live performances celebrating a new collaboration with Fred Perry, and a musical foray of his own.

Music and subculture are written into LOVERBOY’s DNA, from the brand’s early beginnings as a queer nightlife collective in East London, to the multi-layered performances ringing in each new collection at fashion week. It’s little surprise then, that an exquisitely dressed band of devotees turned out in force to fill The 100 Club to capacity, dancing, making merry and posing for pics against the famous red walls.

Legendary nightlife doyenne Princess Julia acted as a perfect one-woman welcoming committee, kicking off the evening with a barnstorming DJ set. Having been a mainstay on the London club scene since the late Seventies, and showing no signs of slowing down, Julia’s adoring fans include Bimini Bon Boulash – who paid tribute to her on RuPaul’s Drag Race UK – and Charles himself. Decked out in full LOVERBOY regalia, she got the room sufficiently warmed up ahead of the night’s live performers, with loyal subjects boogying by her booth, and gorgeous go-go dancers slaying the stage.

First to perform live – also clad in full Fred Perry x LOVERBOY – was DJ and vocalist Ell Murphy, who sang original tracks and freestyled over a refined selection of drum n bass. Hailing from South East London, her vocal prowess was a hit with the crowd, who vibed to a set which effortlessly combined nostalgic tracks with the unmistakable sound of now. Throughout the set hypnotic, glitch-heavy visuals danced across a vast screen stretching the entire length of the stage, adding an extra layer of stylish stimulation. Taking breaks to speak to the audience over the beat about the simple joys of great music and togetherness, Ell made sure everyone was feeling the positive energy

Before the night’s headline set, the crowd were treated to an audiovisual feast in the form of Charles Jeffrey LOVERBOY’s debut single and music video. The song, Take Me There, is a collaboration between Charles, artist Robert Fox, singer-songwriter Fi McCluskey and Tom Furse, formerly of cult indie band The Horrors. It represents part one of an allegorical story on social class, told in full on an upcoming album, about characters living in a floating city in the sky inspired by the work of Scottish painter John Byrne. The video was made possible thanks to LOVERBOY’s recent partnership with Fred Perry, and presents a surreal world, populated by (well dressed!) characters from the story. These include Charles himself, who plays a cleaner discovering a portal to another dimension. Striking dance moves come courtesy of LOVERBOY’s resident movement director Kate Coyne, who is seen in the video running gruelling drills with a dancer who breaks into eye-popping contortions.

After the video’s raucous reception, The 100 Club’s crowd were more than ready for headliners, Nimmo, to perform. The two-piece, made up of lifelong friends Sarah Nimmo and Reva Gauntlett, are making a name for themselves with a unique brand of catchy, synth heavy electronic tracks. The pair exhibited a powerful synergy onstage, and filled the room with joyful energy as they tag teamed the mics and synths in obligatory LOVERBOY garb. Vocally, Sarah and Reva are in perfect step, with goosebump-inducing harmonies and impactful belts a-plenty, occasionally reminiscent of their synth-pop forebears, Bronski Beat. These vocals, combined with their infectious tracks and bewitching stage presence, make for an immensely satisfying multisensory experience.

“In true Charles Jeffrey style, we’re going to do something a bit Emo!” announced Sarah towards the end of Nimmo’s set, before picking up her guitar for a haunting acoustic ballad. Putting their harmonies to work once again and holding the room in a tender sonic embrace – the Emo revival was alive and well! This brief moment of calm was then immediately contrasted with an epic rendition of the band’s 2021 hit, OnlyL, which builds to a crescendo that could only be matched by their final track, a cover of 2000s club classic, Touch Me. It was the perfect choice to close out a night tinged with musical nostalgia, and DJ Marie Malarie was ready to take up the baton with a house-heavy late-night slot, including 90s mainstays like De’Lacy’s Hideaway.

Wednesday night proved that there really ain’t no party like a LOVERBOY party, and we can’t wait for the next one!