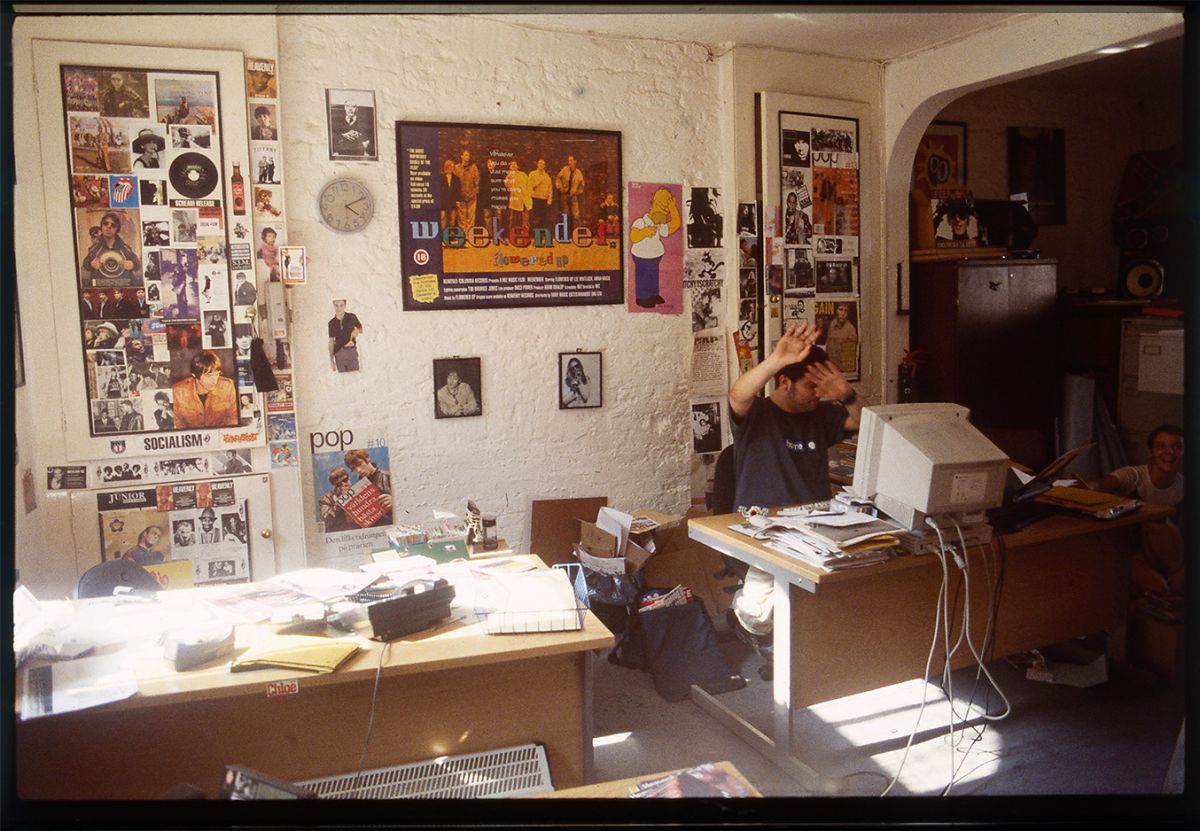 Set up by Jeff Barrett in the midst of the UK’s acid house revolution, Heavenly Recordings’ initial releases were a sign of the times. With Flowered Up, Saint Etienne and the late great Andrew Weatherall in their roster, the ‘90s at Heavenly kicked off with an up-tempo optimism, setting the tone for the upcoming decade.

Written and compiled by Heavenly’s own Robin Turner, the book has been lovingly designed by photographer, graphic designer and long-time friend of the label, Paul Kelly. Split into 30 vignettes, the book traces the landmark records, moments and characters of the label’s first three decades. Anecdotes and interviews are interspersed with rare backstage photos, album cover artwork, and paper scribblings from their London office. 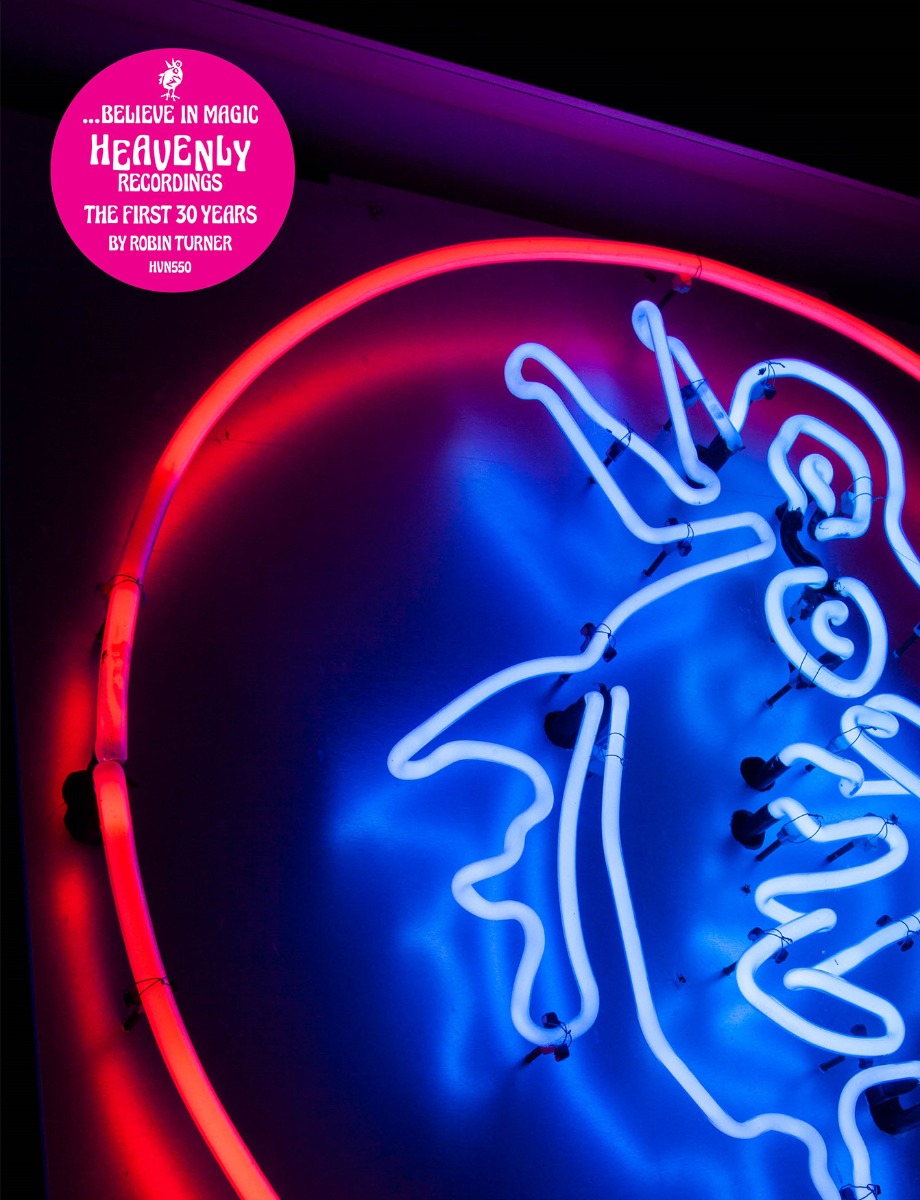 ‘Believe in Magic’ begins with an Intro by music journalist Jon Savage, who was first introduced to Heavenly in the summer of 1990. “Bob [Stanley] pointed me in the direction of someone called Jeff Barrett who had an office in Panther House, near the huge Post Office building in Mount Pleasant. So I went up to Capersville, to be greeted by a man with very long ginger hair, who was presiding benignly over an office full of mad kids. ‘Oh well,’ I thought, ‘this is the future and it looks like fun.’” 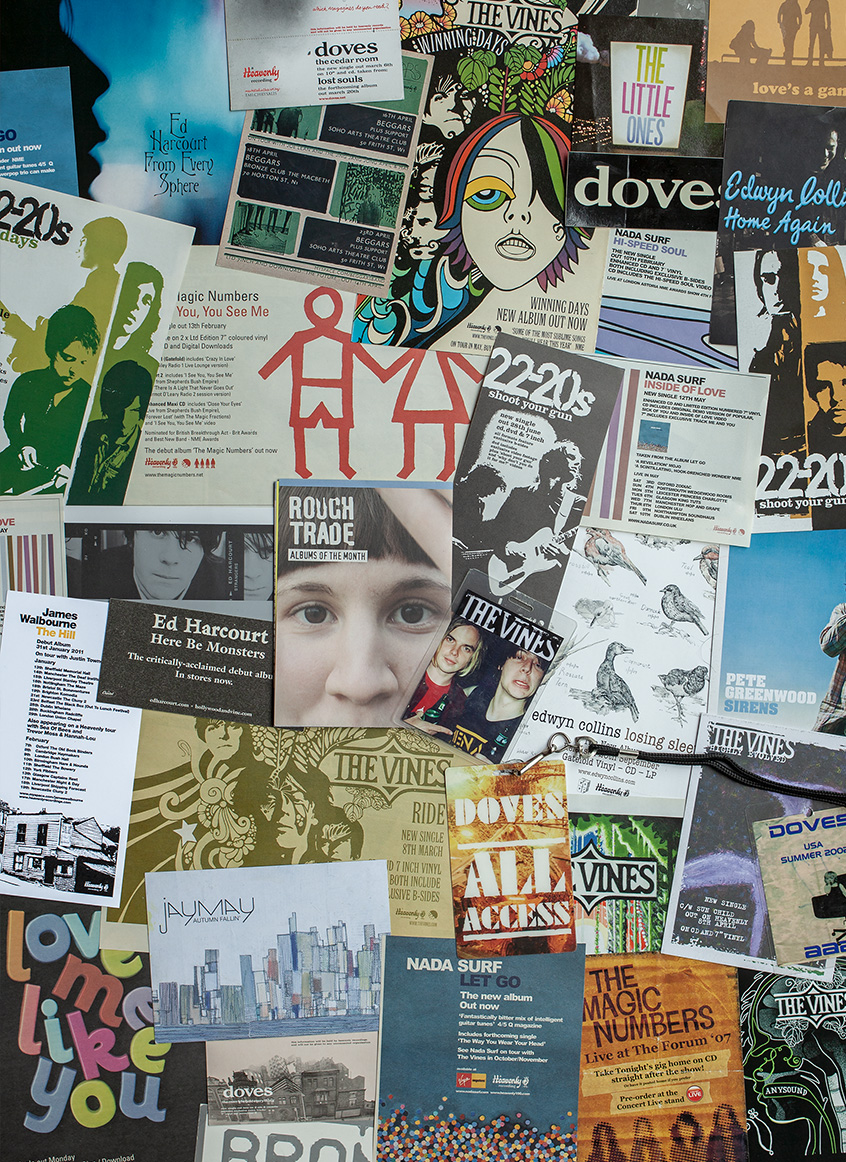 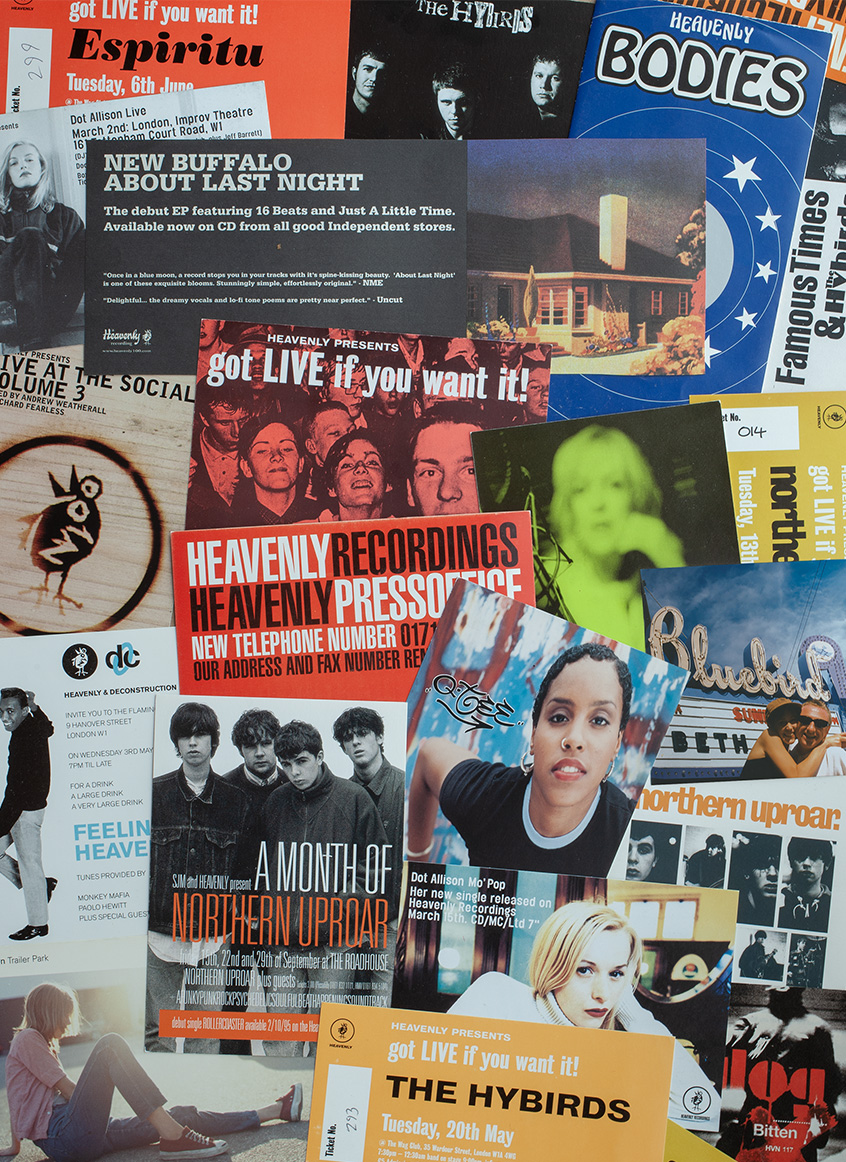 The book demonstrates that it’s this sense of joyful, independent thought that has given the label its longevity. When the UK was in their Balearic phase, Heavenly signed a bunch of Welsh punk bands. When other labels prioritised sales, Jeff and Robin opened up the now legendary Heavenly Social – a venue in which The Chemical Brothers made their name.

With 200 releases now under their belt, Heavenly’s ‘Believe in Magic’ chronicles their first release with Andrew Weatherall, and their most recent with Manchester up-and-comers Working Men’s Club, plus all the high, lows, pub trips, dodgy hair-cuts and wild parties in between. 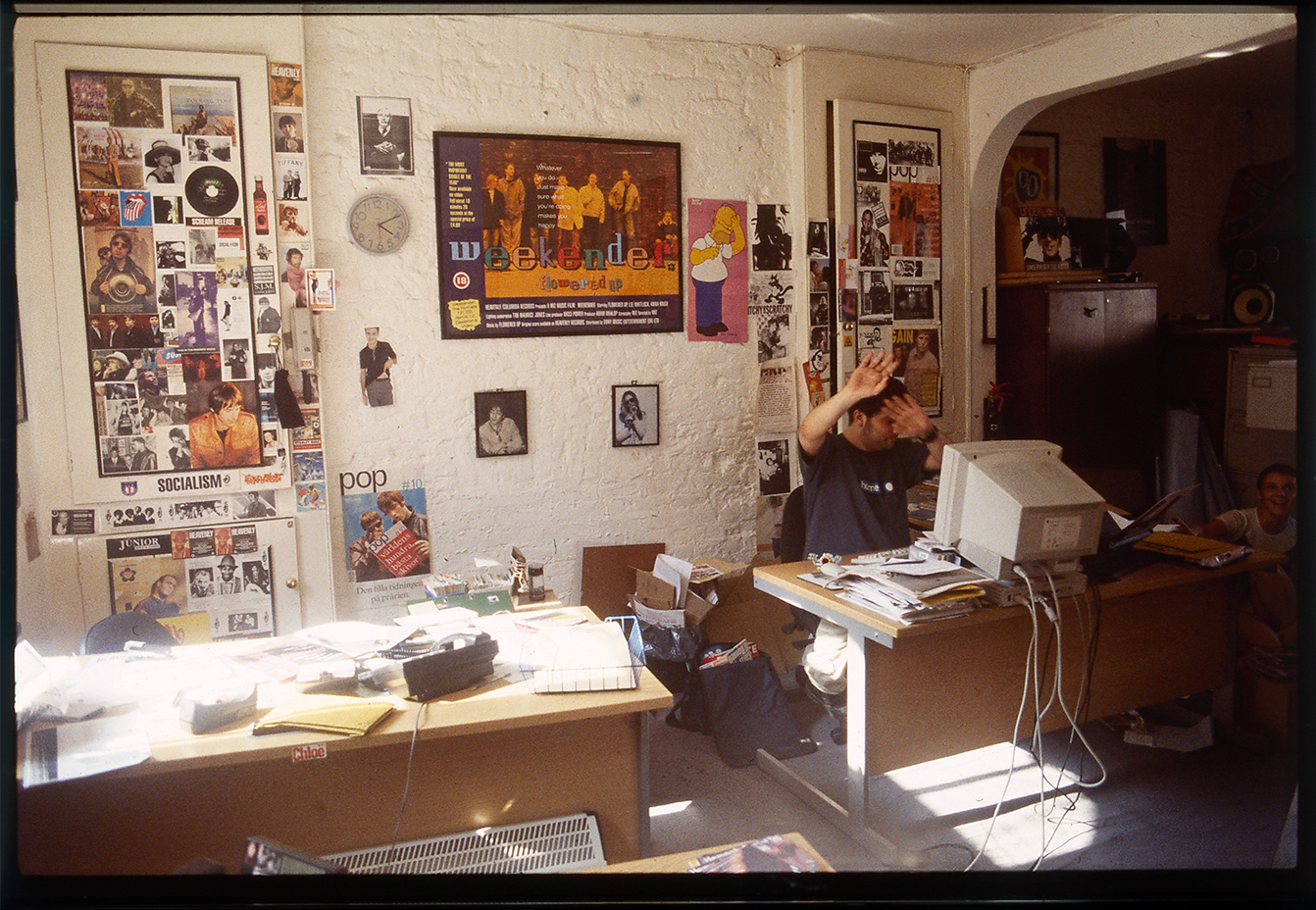 Robin Turner in the Frith Street office, taken by Paul Kelly sometime in 1996

‘If there’s a continuous theme that runs through all this,’ explains Jeff in the book, ‘It’s that everything comes down to conversations with people about music. It might seem like it all starts with someone on one side of the counter selling you something, or someone writing excitedly in a magazine telling you about a band you need to hear, but I don’t think I’ve ever really seen things as one-way transactions. It’s more an ongoing dialogue, one that never really stops and helps build up this growing soundtrack to our lives, something that’s passed from one person to another. That’s really the ever-present thread. That’s why we still believe in magic.’ 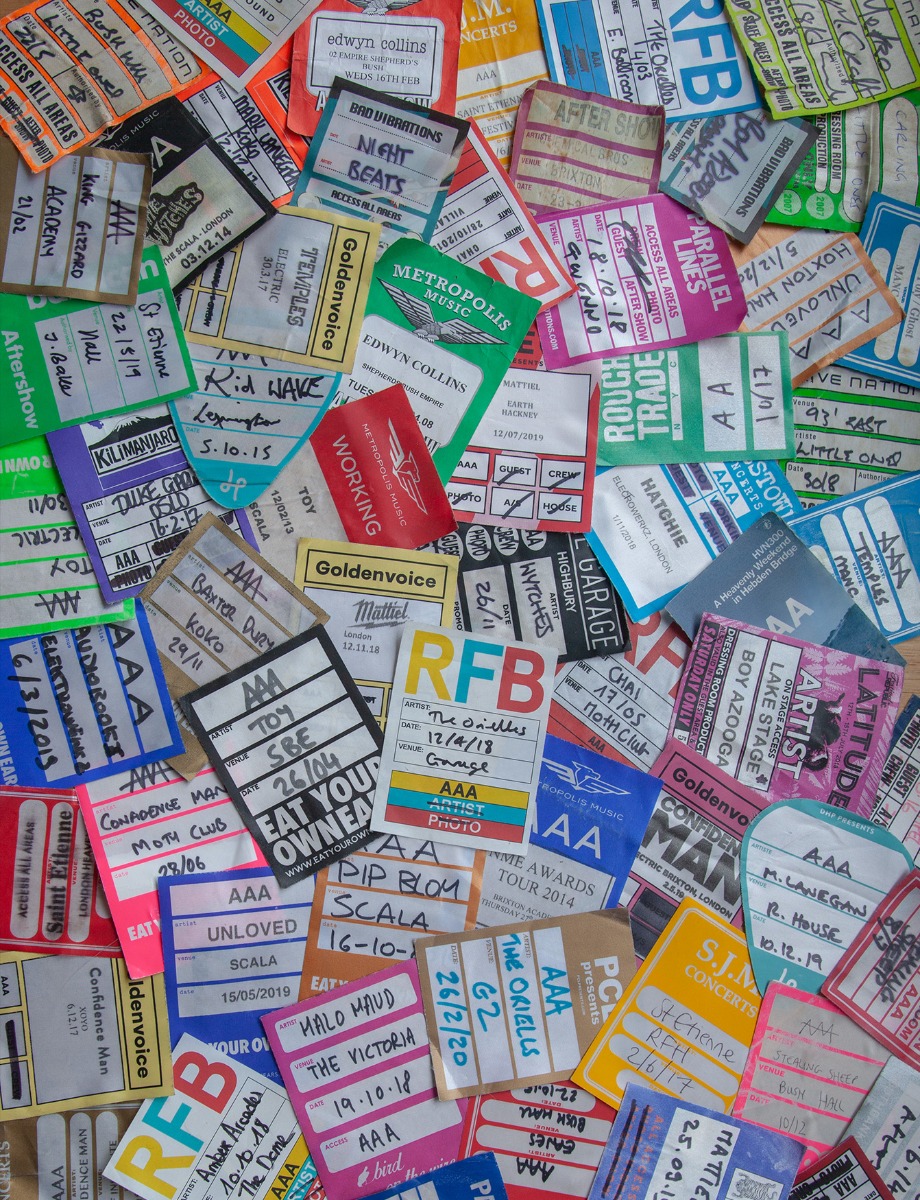 With contributions from Manic Street Preachers, Beth Orton, Don Letts, Confidence Man and King Gizzard and The Lizard Wizard – among others, the book quickly paints a picture of a beloved institution; a dysfunctional family; a club in which we’re all invited. Here’s to the next 30 years of believing in magic…

Believe in Magic… 30 Years of Heavenly Recordings is available now via White Rabbit.