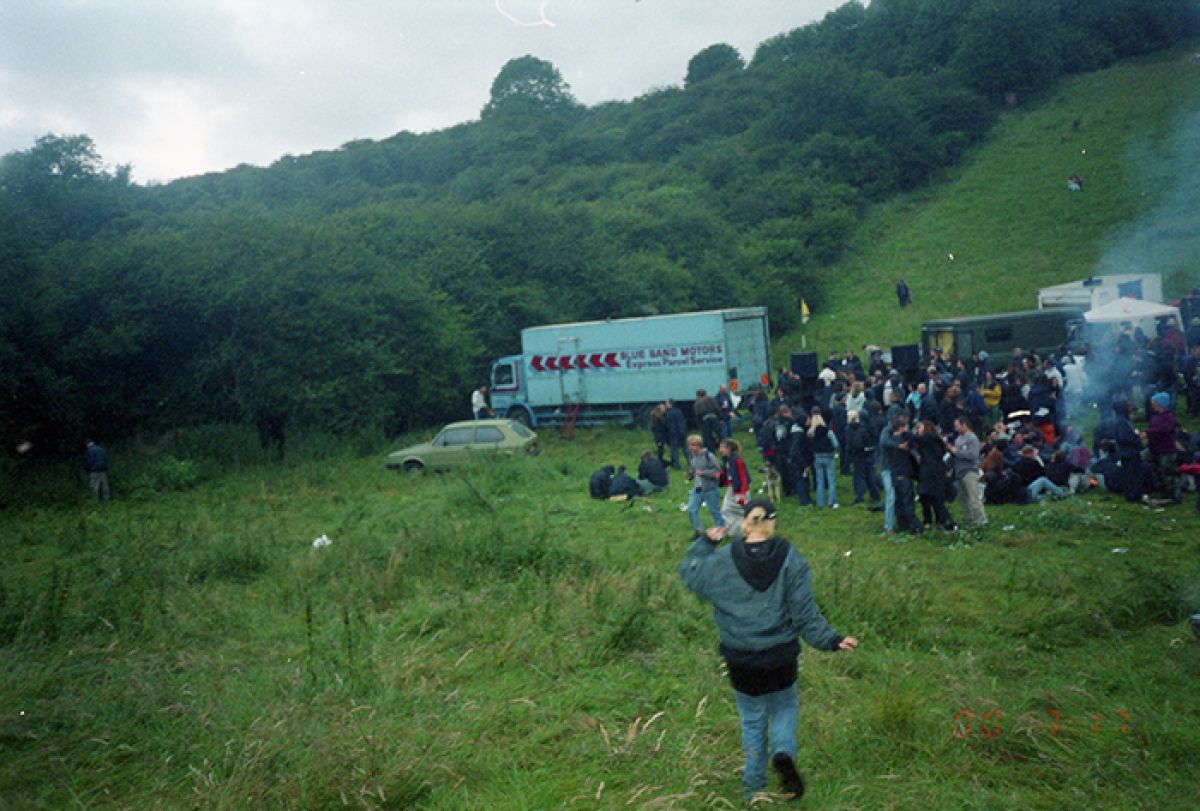 Spiral Tribe was a sound system collective that formed in 1990 and influenced a decade of culture and parties. Seana Gavin was heavily involved with the free party movement, living in nomadic communities and attending parties across Europe. She shares her personal archive of photographs, flyers and diary entries, all demonstrating the scene’s alternative and inclusive outlook on society and way of life. 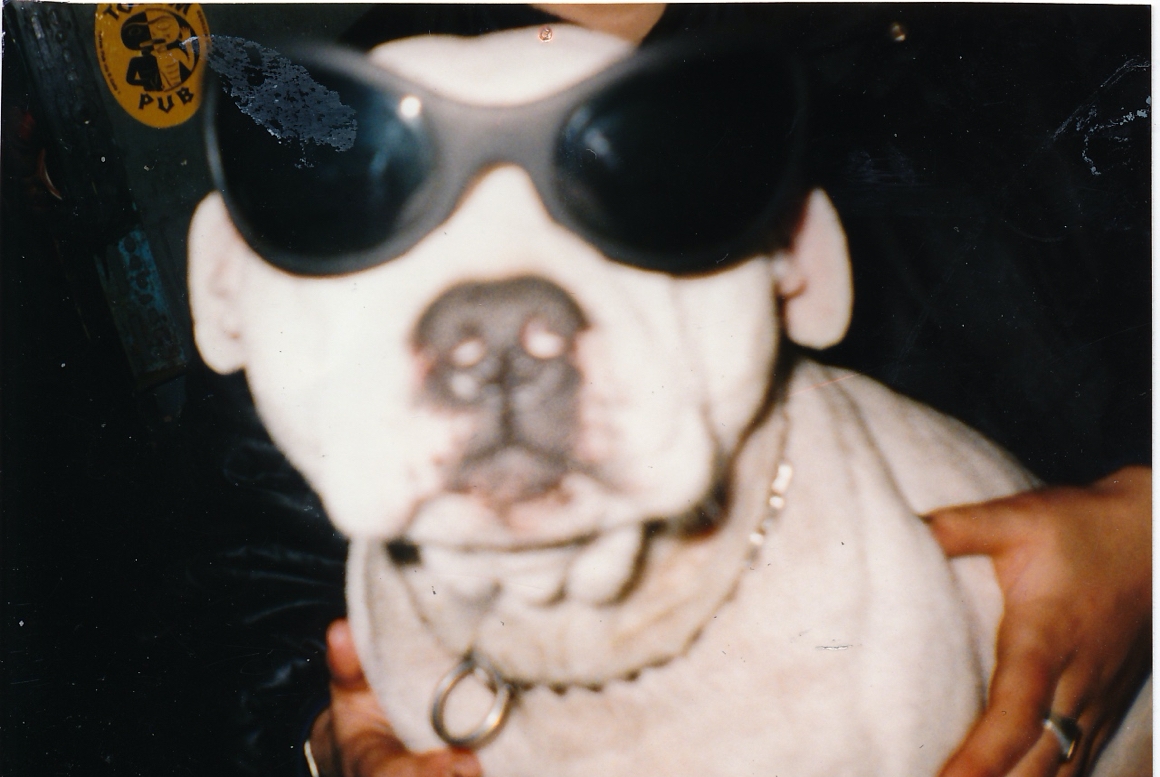 Sitting on the Spiral Tribe Bus with a canine friend on New Years Eve.

I was heavily involved in the free party rave movement from 1993 until 2003. The majority of my mates at the time lived in squats and we were all into an alternative life style. I was only 15 when I started attending these parties in London. I regularly attended a club on Old Street called Whirl-y-gig. The night would finish at midnight, so a group of us would go to raves afterwards. I remember the first one, I danced non-stop all night and interacted with everyone in the room. We all felt connected somehow through the energy of the dance floor.

When I started attending these parties it was the year after the iconic Castlemorton week-long free festival, which took place in the British countryside. Before the days of mobile phones, 20,000 to 50,000 people attended the party via word of mouth. Spiral tribe was the main system that got penalised as they were the last sound system to keep the music playing when the authorities arrived. After violent attacks by the police at raves to follow, a two year court case, and the enactment of the draconian Criminal Justice Act in the UK, the collective decided to head to France to continue their mission of putting on free Tecknivals (techno festivals). Numerous sound systems stemmed from this subculture including Bedlam, DIY, Hekate and Desert Storm, who continued to put on illegal raves in warehouses, derelict factories and post offices across London and in fields and quarries beyond the city. These groups also joined the Spirals further afield across Europe. 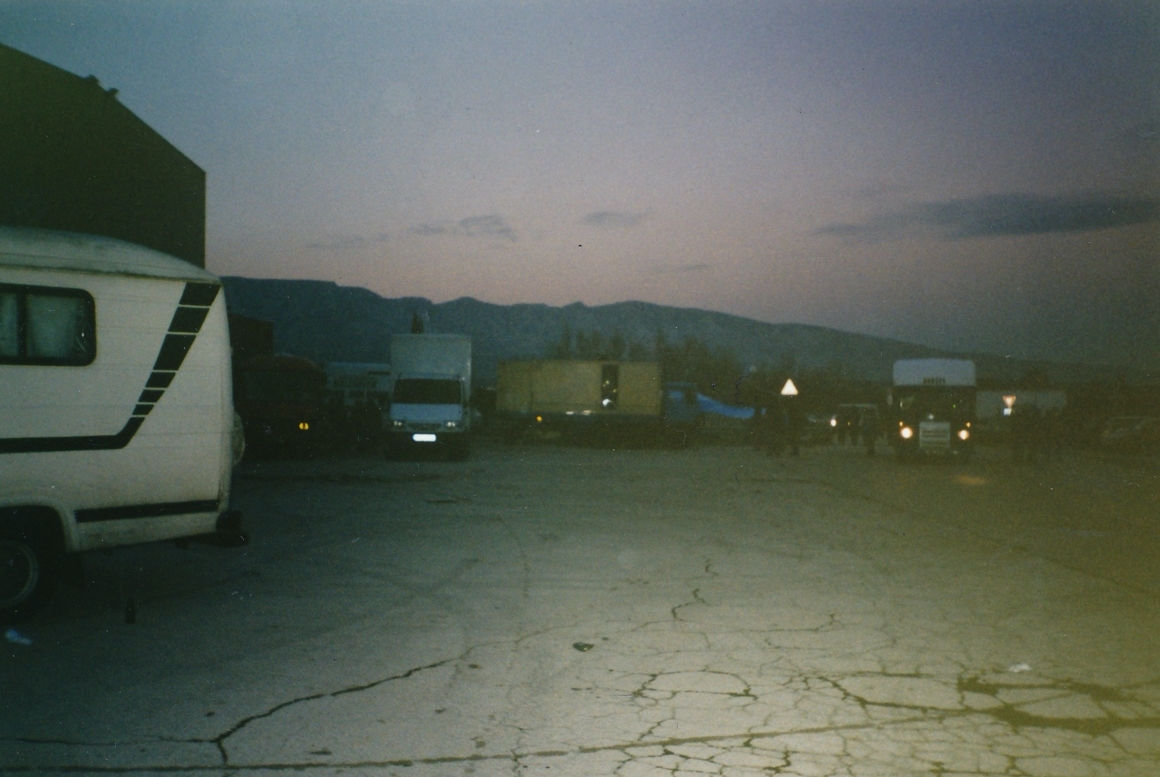 The party was on the outskirts of Marseille. I arrived the night before New Year’s and made the classic mistake of staying up all night but managed to push on through for the main event. I remember it was a bitterly cold winter. Every morning we’d wake up to a white layer of frost covering everything in sight. The party was still epic, but a lot of us arrived back to the UK with flu as a souvenir.

I spent long periods of time travelling in friends’ mobile homes in convoy with the sound systems, living in these nomadic communities, attending raves and parties in France, Spain, Italy, Holland, Czechoslovakia, Berlin and Hungary. At that time the world and our values were so different from the current climate. We were unmaterialistic and survived with minimal funds without limitations. It felt as if this existence would last forever. The ethos was more than a night out. It was an alternative outlook to society, the world and a complete way of life. 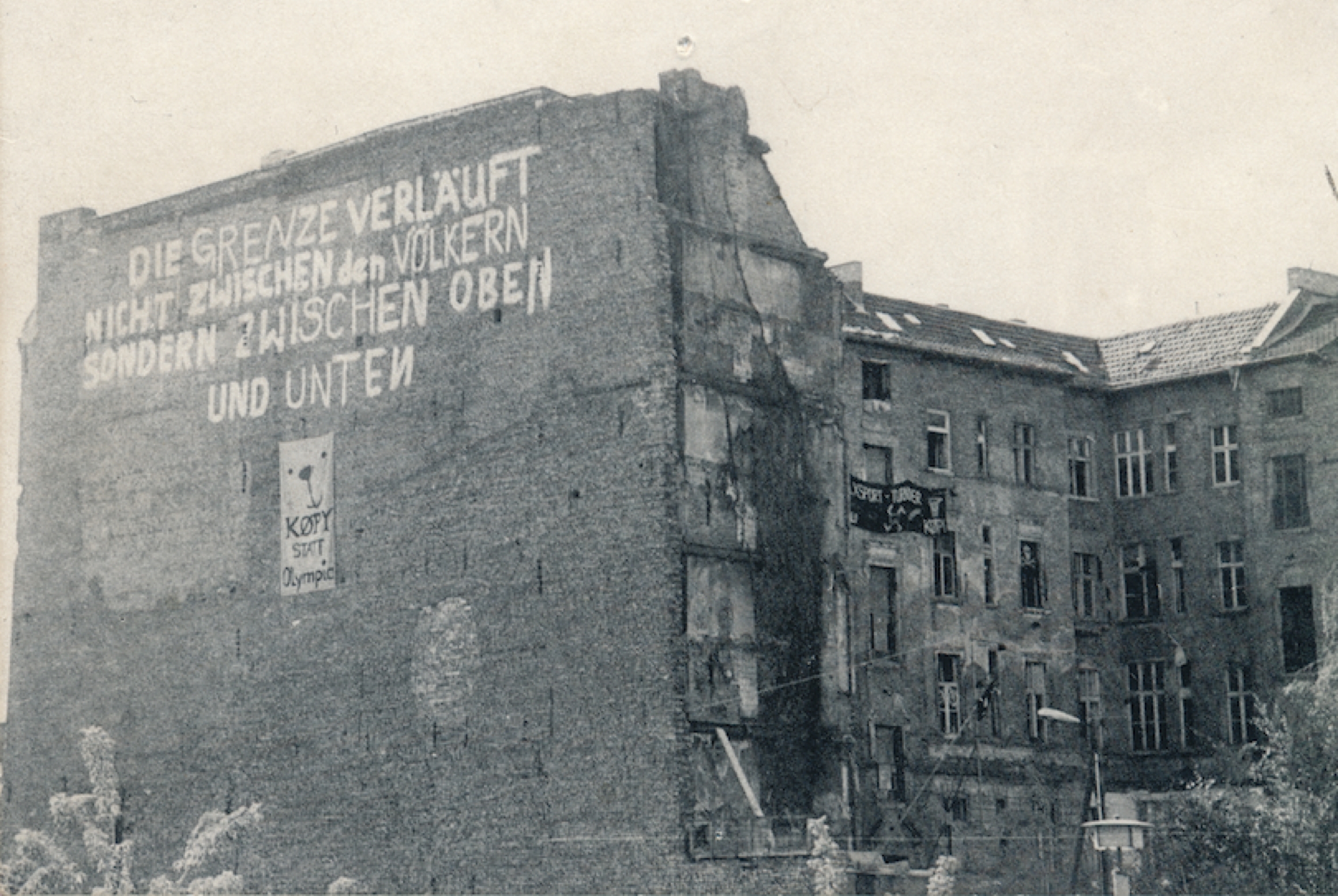 I stayed in this very organised squat for 3 weeks. Back then if you were a young traveller passing through the city you would stay in a squat rather than a hostel. By the end of my trip there was up to 15 of us sleeping in a large room which was dominated by a central boxing ring. It was only a few years after the Berlin Wall had come down. I remember regularly seeing street mimers and performers, found objects being turned into sculptures and the city was covered in graffiti and political slogans like the one seen on this postcard: ‘The Border does not run between the people but between the top and the bottom’. 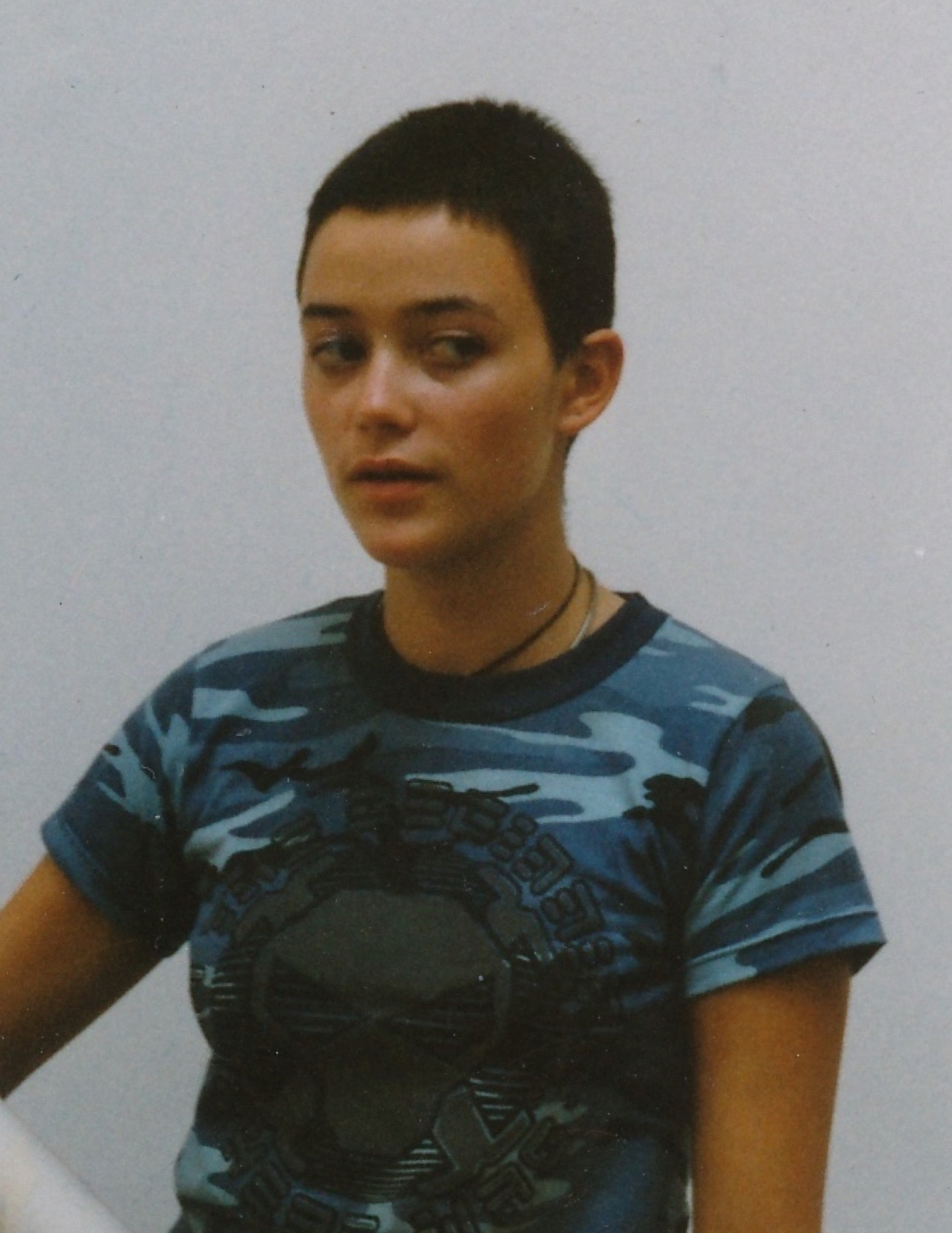 I was still at school when I started attending these parties. I found it hard to relate to the kids my own age, most of my friends outside of school were much older already living their lives. I felt like I had a split life spending all weekend at raves and staying at friends squats on a Sunday night then going to school on Monday morning. 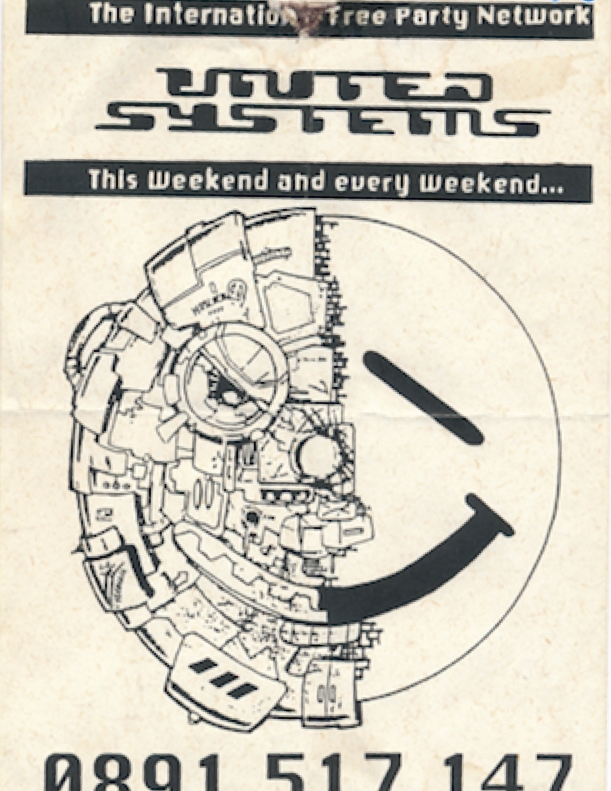 This era was before the days of social media or smart phones. So a lot of the parties came together through word of mouth, flyers and there was a party line number that you would call on the night that gave directions and information about where to go. Sometimes the locations would be hard to find, so you could end up driving in convoy with a few vehicles all on a mission to get to the rave. 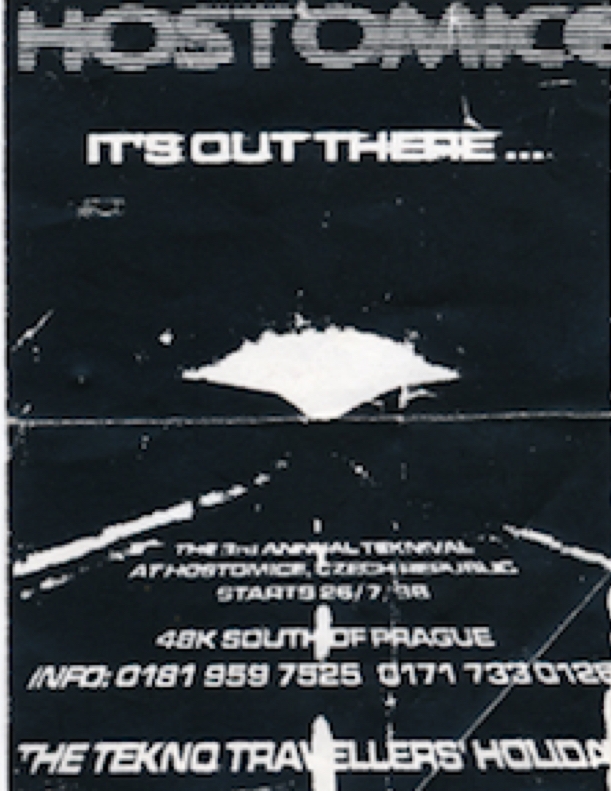 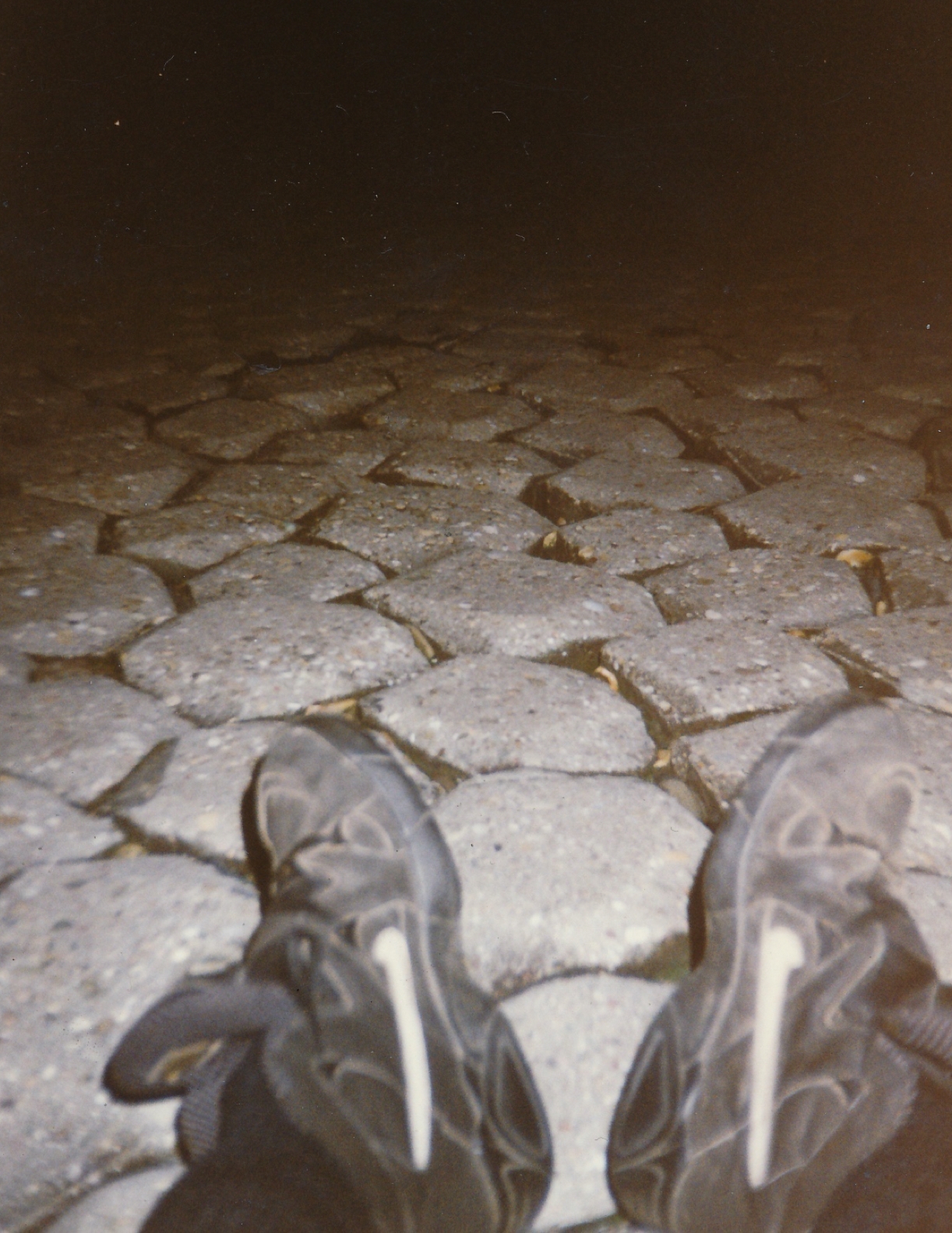 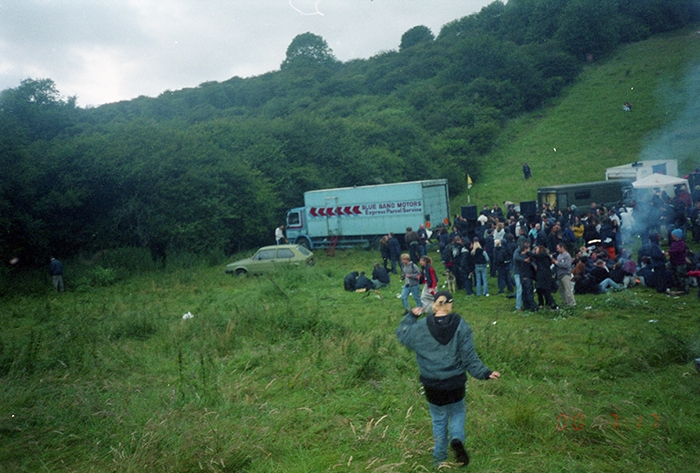 I took this photo at the dawn of a party in a quarry. There was always such a different energy with the outdoor parties rather than the ones confined to a warehouse space. But it was very much weather permitting, so happened mainly in Summertime.

Seana Gavin is a London based Artist who studied at Camberwell. In Summer 2019 she had a solo show at galeriepcp in Paris ‘Spiral Baby’ which included her archive of photographs, ephemera and diary entries.

A selection of her photographs were also included in group show ‘Sweet Harmony: Rave Today’ at The Saatchi Gallery London.

Seana Gavin's new book 'Spiralled' brings together 10 years of photographs and diary entries, published by IDEA and out now.