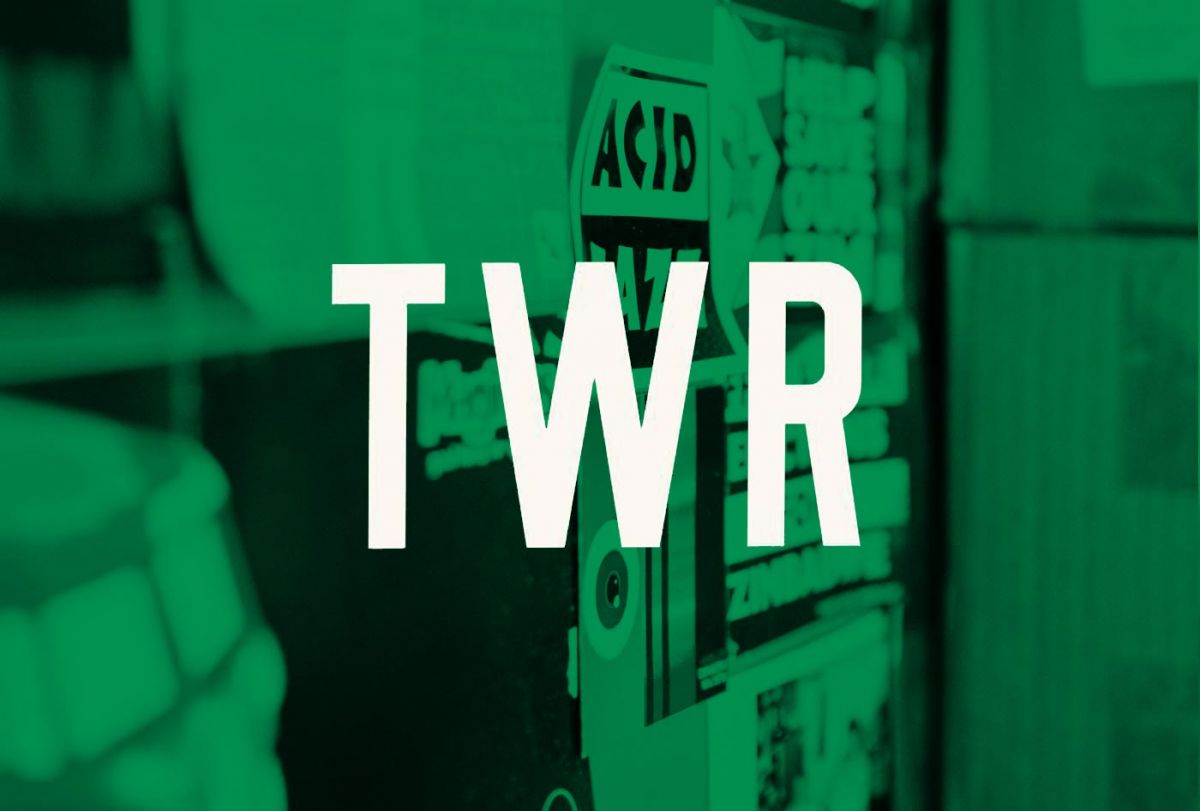 Music across genres and across boundaries

Totally Wired Radio is the new radio station brought to you by Acid Jazz, the seminal record label celebrating its 30th anniversary.

The label, renowned for its enthusiastic championing of Soul, Jazz, Reggae, Mod, Funk and everything in-between, has a history of breaking both classics and new music to a global audience and the radio station will reflect this all-encompassing approach.

TWR is helmed by Acid Jazz founder, Eddie Piller alongside the label's Creative Director Dean Rudland. Broadcast live from the east-end of London, the programming stays true to the ideals of the label and includes a hugely diverse mix of genres and presenters. 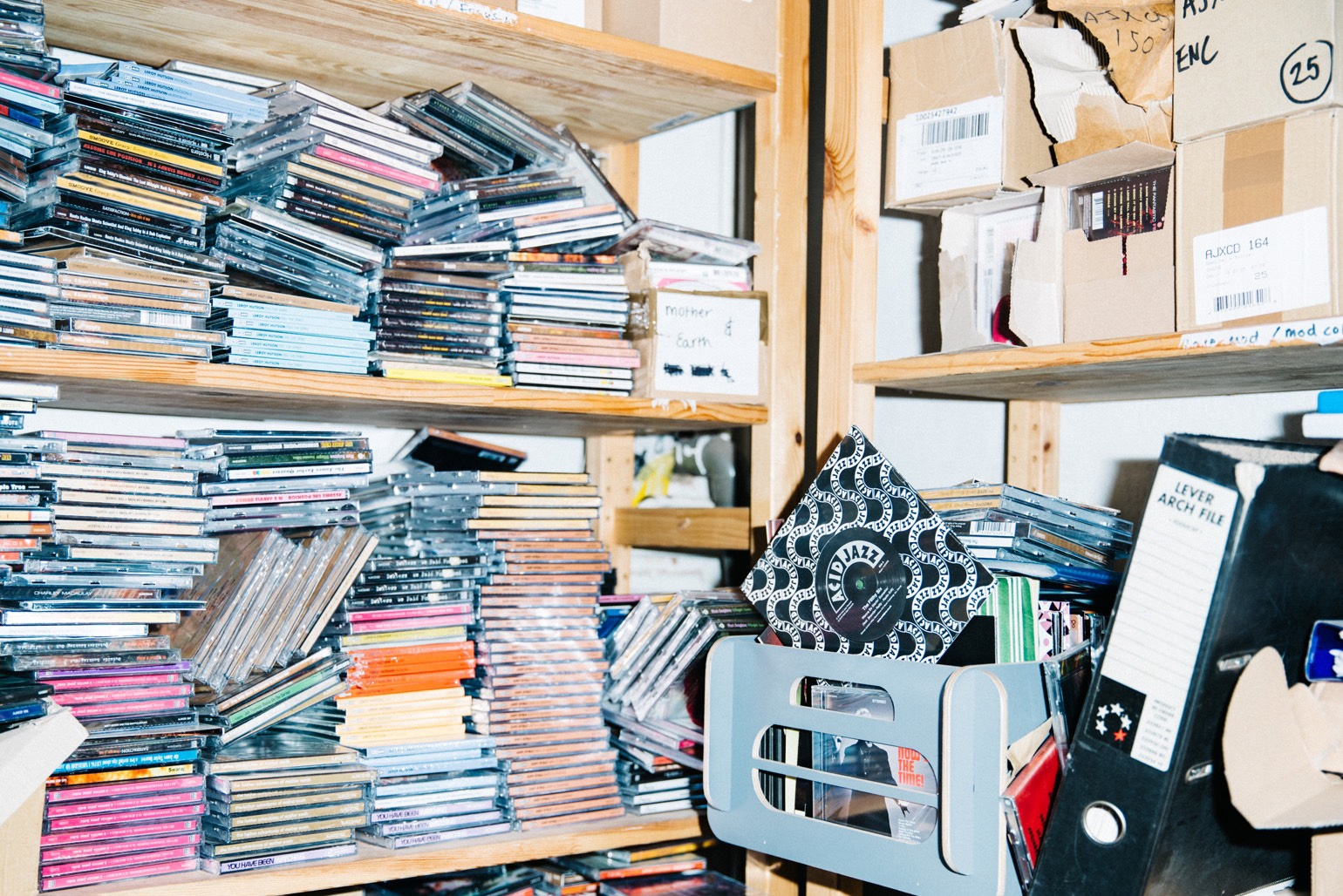 It was the 1980s. Eddie Piller was playing a blend of Rare Groove and Jazz on the Dance scene to a small but faithful crowd. Gilles Peterson was one of biggest names at the time, playing a mix of soul and Jazz. A shared interest in this kind of music led to a friendship, and eventually the setting up of a genre-defining record label called Acid Jazz Records.

"In the summer of '87 we were introduced to House music in Ibiza. This music took over everything. No one was interested in Rare Groove, or Funk or Soul or Jazz anymore, they were only interested in Acid House. It was an exciting time in British culture, but it was completely new." - EDDIE PILLER

Eddie ran a big Acid House night, and whilst he enjoyed the spirit and atmosphere, he was keen to rebrand the music he loved playing the most. After much messing around, fellow DJ Chris Bangs came up with the name 'Acid Jazz', and for a few months started to play a mix of music which was basically what he was doing before and a little bit of Acid House dropped in. That's how the record label started, and within three months they had their first single – a clubland hit - with Galliano's 'Fredrick Lies Still . Everything took off from there in '89.

"It was very underground," Dean explains. "It was probably only about a couple of thousand people worldwide who were into this kind of music. When I joined Acid Jazz in 1990 when Gilles left, we were down to managing a couple of bands. But then it all suddenly took off again with the Brand New Heavies, Jamiroquai and The James Taylor Quarter Quartet - it was golden, and it was golden around the world."

"These were musicians who all had something important to say, and they came from a group of about 200 people who were going to the same two club nights. That was it for a long time, before it started to grow worldwide," explains Eddie. 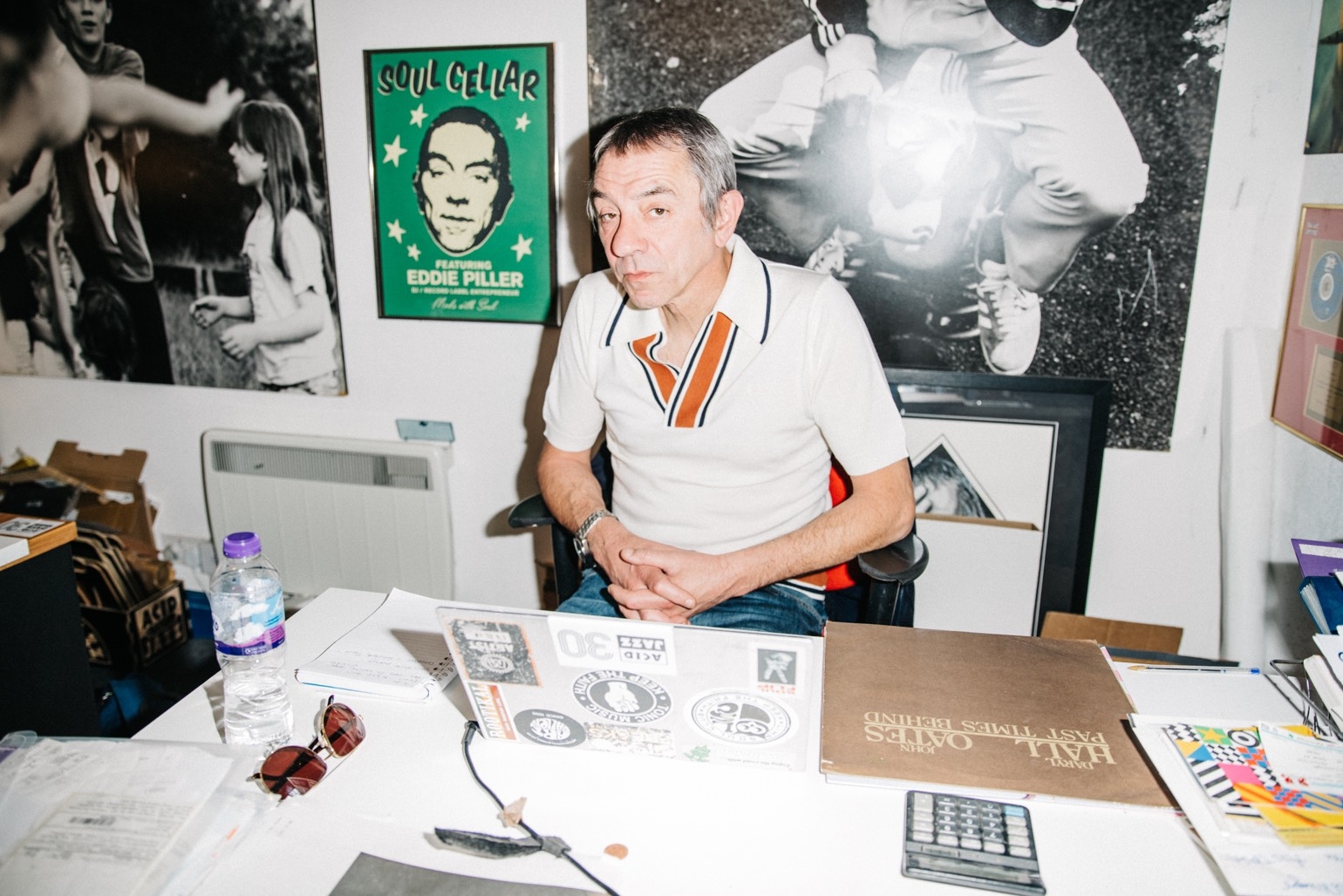 “Acid Jazz has always been international. From the very start, our fans were from Italy, Greece, the whole of America, Germany… the idea that you can do a radio station now and don’t have to be specific to one language, one culture, it’s a brilliant opportunity” - EDDIE PILLER 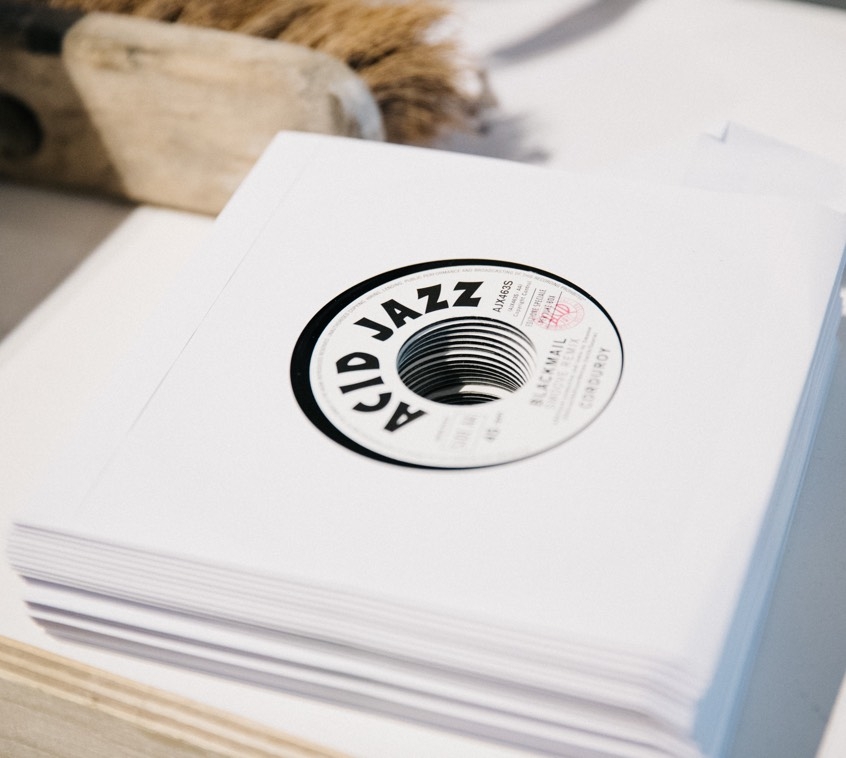 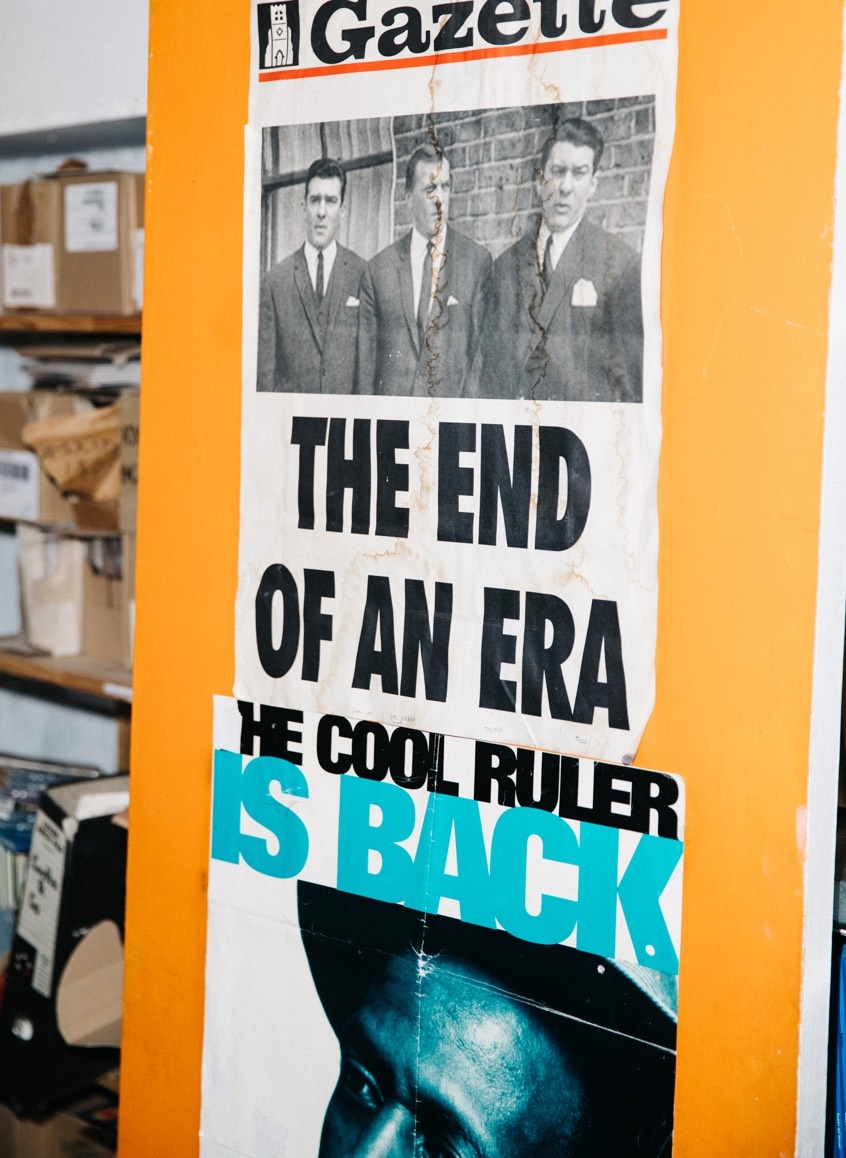 The label was initially run from his bedroom, then the Hackney Road before they moved into Denmark Street, the home of the independent record label. The turning point? Eddie received an invitation from the American Hip Hop label, Delicious Vinyl.

“They told me they loved what we were doing and wanted to release our band, The Brand New Heavies. They flew us to Brookyln for a gig at SOB’s. There were maybe 500 people outside, and the stage was invaded by Q-Tip, De La Soul, Third Base, Tribe Called Quest… all these rappers jumped on the stage and started rapping over the band – it was mad, De La Soul were the most famous hip-hop band in the world.”

One of the people in the audience that day was a 16-year-old heavy metal fan called Mark Ronson, who recently had the band play at his 40th birthday. He has credited Acid Jazz with changing his life. “If nothing else, we got that sorted!” jokes Dean, but it’s fair to say the label has been hugely influential beyond putting records out.

Like all things, music is cyclical. “The jazz scene in London, especially South London, is massive, the underground soul scene is going from strength to strength. We’ve always been slightly left of field. We’ve always tried to keep true to our ideals, and British indie’s don’t last 30 years, simple as that. This is our 30th year – what better way to celebrate than to open a radio station?” 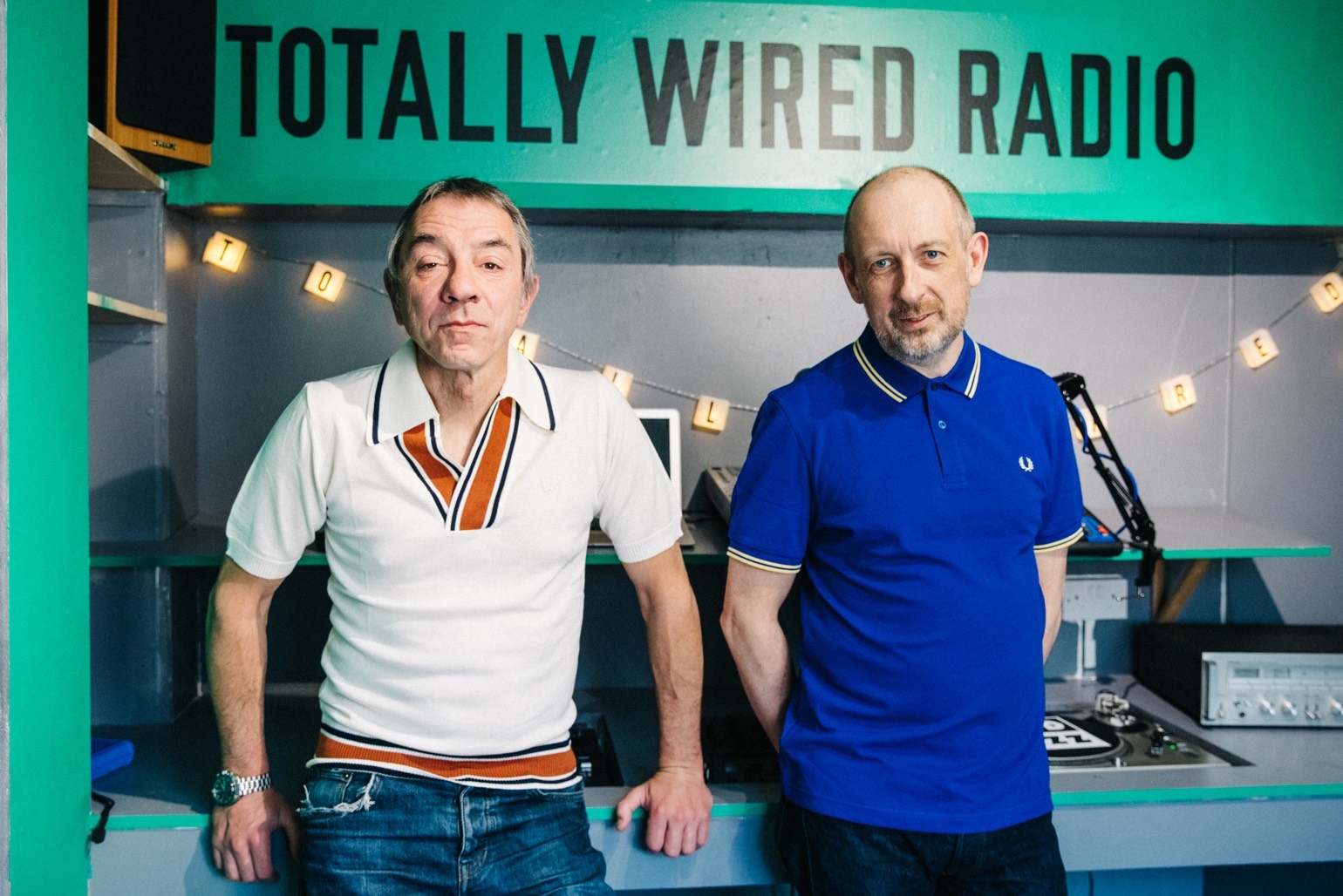 It’s named after Totally Wired - their phenomenally successful compilation series established in the late ‘80s which sold in excess of a million records and became a by-word for creativity. It was the first time anyone had made an album you could put on at a party and play all the way through, with tracks from the 60s, 70s, 80s, demos from new bands, things they had licensed from Africa – it was a musical journey.

Alongside Eddie hosting his much loved Eclectic Soul Show, the roster includes legendary jazz DJ Kevin Beadle, the disco girls, X-Press 2 hit-maker Ashley Beedle,Noble & Heath mixing it up with Northern Soul, Disco Freaks, Jeff and Ruby Horton from the iconic 100 Club, Sybil & Chloe from Independent Venue Week, emerging record label Council Music plus several slots a week from international presenters such as, an Argentinian based reggae show, the Lima Soul Club in Peru and a funk show from Southern Italy.