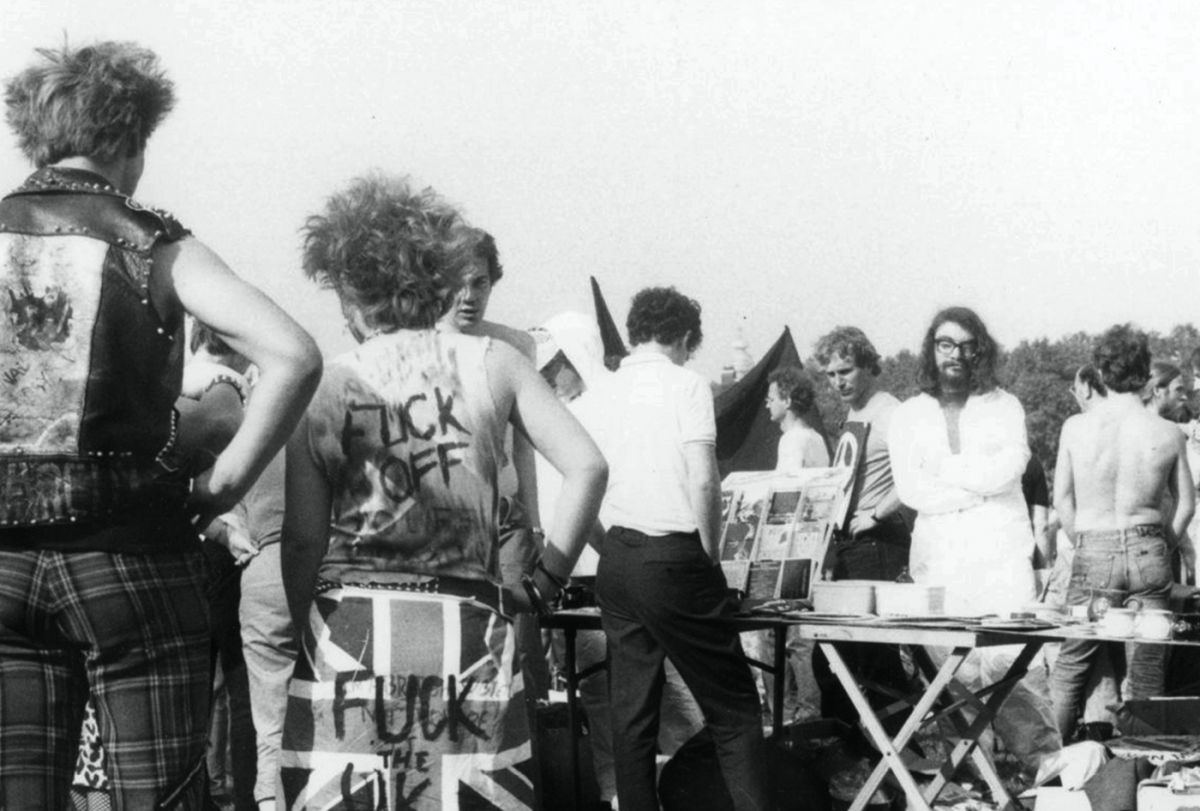 In the late-70s, a bizarre court case put Nottingham at the centre of the UK punk scene, ensuring the city would be forever linked to the Sex Pistols’ notoriety and success.

During the Sex Pistols' relatively brief reign as the original punk shock-troopers, the London-born band galvanised alienated teens with a combination of sheer fuck-you attitude, anarchic songs,wild gigs, brilliant haircuts and clothes, not to mention a succession of scandals that made most older people thoroughly disapprove of them. Examples? Well, for starters, they launched into a string of expletives live on primetime TV, in December 1976, provoking many outraged tabloid headlines the following day. The group were banned from playing gigs up and down the land, as local councils pressured music venues into cancelling their bookings. In May, 1977, when they released God Save the Queen, at the height of Her Majesty’s official Silver Jubilee, the single was deemed so offensive it was banned nationwide from being played on the radio or TV, yet still reached number two in the UK charts (allegedly kept from the top slot by behind-the-scenes music industry-collusion).

By October of the same year, their debut album, Never Mind The Bollocks – Here’s the Sex Pistols, was released to much fanfare on Richard Branson’s Virgin record label. Some prudish stores refused to stock it, while others declined to display it – perceiving the word ‘Bollocks’ to be far too threatening to public morals. By contrast, large promotional posters, complimenting the garish album sleeve artwork designed by Jamie Reid, were proudly placed alongside copies of the album itself in the windows of Virgin record stores, in cities around the UK. This prompted unwanted visits from police forces with firm instructions to remove them, backed-up by threats of prosecution for indecency, under the archaic terms of the 1899 Indecent Advertisements Act.

Many of the Virgin stores complied, but one, on King Street, in Nottingham, took a decidedly punk-ish stance in order to defend freedom of artistic expression. An unamused local police force had, it turned out, on four separate occasions warned the store’s manager, Chris Searle, that 32 copies of the album which leered provocatively from the King Street window must be removed. He stubbornly refused and was eventually arrested, in early November. Branson offered to fund his legal defence fees - appointing John Mortimer, one of the most respected barristers in the country, to represent Searle in court.

The case at Nottingham Magistrates Court took place on the 24th of November, attended by Branson, the legal team and the Sex Pistols’ frontman, Johnny Rotten (who was chucked out of the building for lighting up a cigarette!). In spite of the prosecution’s determination to make an example of Searle, as well as the band and Virgin Records, things didn’t quite go to plan. In a genius legal move, Mortimer brought in Professor James Kinsley, Head of English from the University of Nottingham. He successfully argued that ‘Bollocks’ was in fact a fine old English word which, historically, had perfectly innocent meanings - ranging from ‘priest’ to ‘nonsense’ to ‘stone’ - and could therefore not be defined as obscene.  Upon hearing his inarguable testimony, the chairman of the court declared the case over and issued the following, rather begrudging acknowledgment:      “Much as my colleagues and I wholeheartedly deplore the vulgar exploitation of the worst instincts of human nature for the purchases of commercial profits by both you and your company, we must reluctantly find you not guilty of each of the four charges.”

The triumphant verdict was swiftly splashed all over the national newspapers, including the Nottingham Evening Post. And, of course, such bad-yet-good publicity had added to the infamy surrounding the band, further ensuring Never Mind The Bollocks – Here’s the Sex Pistols reached number one in the UK album charts!