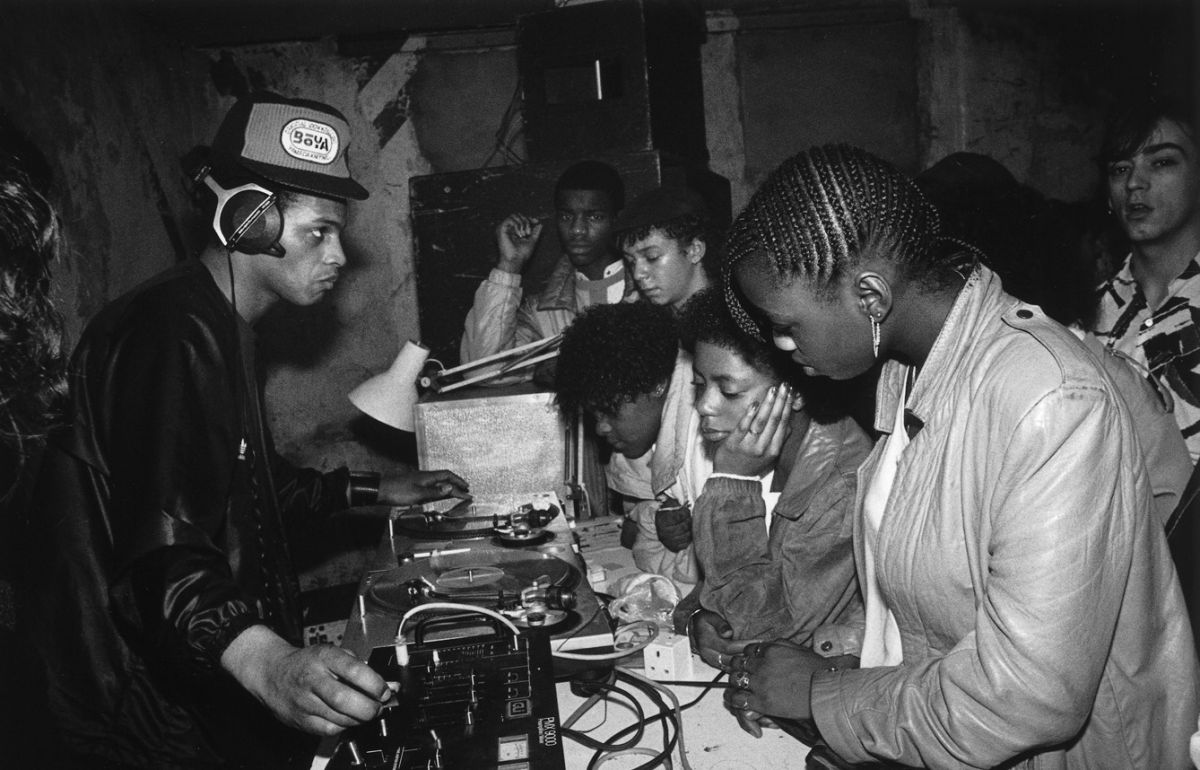 Dawn and the
Brave Rave On!

Words by Alice Perera
Images courtesy of Museum of Youth Culture
Image right: Milo Cutting It Up at The Crypt, Bristol, 1985, taken by Beezer

We trace the legacy of Bristol’s legendary rave scene, which gave disused spaces around the county a new lease of life. All aboard the rave train!

White gloves, whistles and dancing to the sound of Mr Kirk’s Nightmare...

Parties engulfed the weekends, with ravers often heading in convoy along the M4/M5 corridor to warehouse parties in London, Brighton, the Midlands or to a field in Somerset where regular hosts Spiral Tribe took everyone to another dimension. There were also jam-packed Tribal Dance events at the Bath Pavilion and Bristol’s Mutant Dance hosted an array of free parties in the area.

The notorious pre-rave meeting place was the Hat & Feather Pub in Bath.

People drove for miles, walked along dirt tracks leaving cars parked up along country lanes all over the South West of England in different abandoned locations, all summer long. 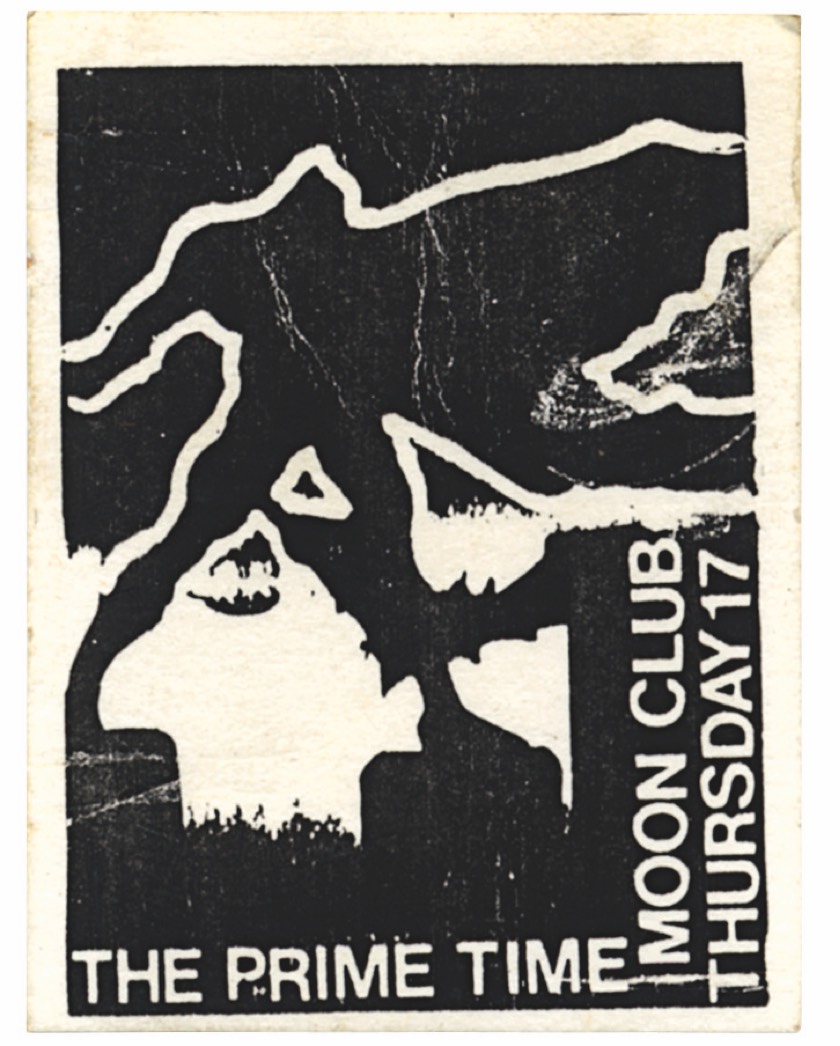 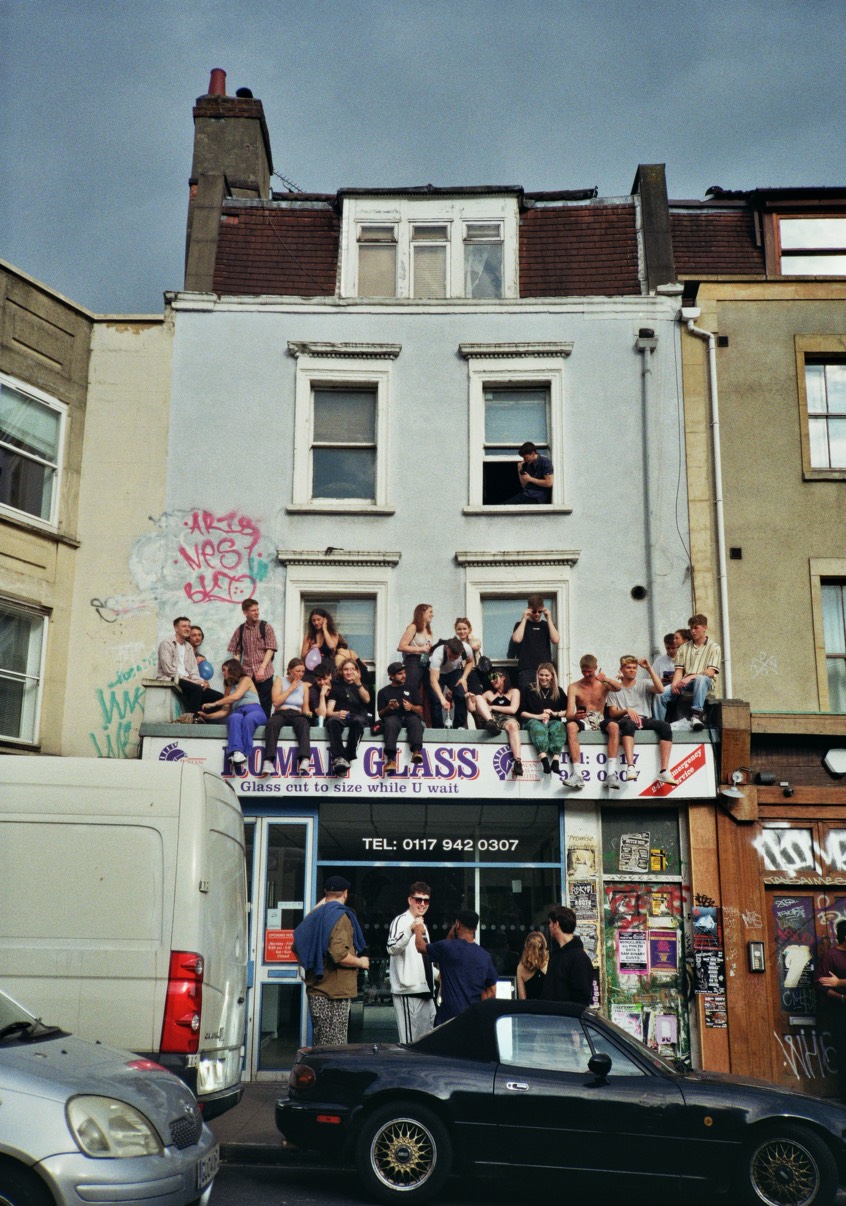 Ravers sitting on a balcony at the 11th Rave on Avon, Bristol, 2019. Photograph by Rosie Bond, courtesy of the Museum of Youth Culture

Sometimes for days at a time, like the historic Castle Morton in May 1992, the rave that went on to change the law about outdoor illegal gatherings a few years later.

New party locations would be found via a message from a telephone number found on a flyer in a phone box, or if you knew a geezer, who knew a geezer. The grapevine was pre internet, anti-establishment and underground. 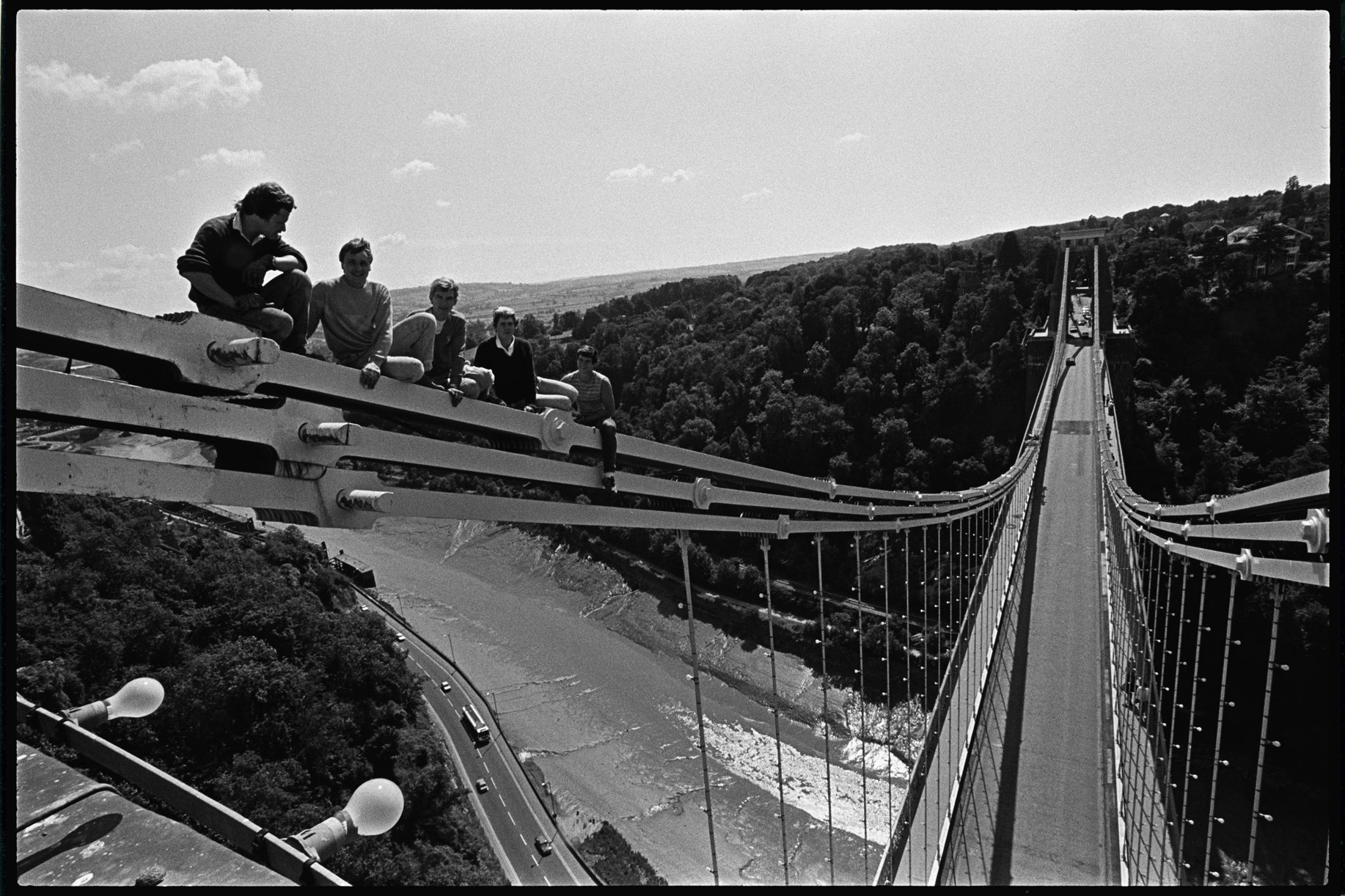 Life On The Bridge: Workers on Clifton Suspension Bridge, 1986. Photograph by Beezer, courtesy of the Museum of Youth Culture

Locarno and The Tropic Club. Alongside the clubs were the warehouse parties at the Exhibition Centre under Watershed, Anchor Road, squat parties, Lechlade air hanger, disused railway tunnels and the police firing range under the Clifton Suspension Bridge.

Raves were bringing disused spaces back to life; weekends would be spent searching for the next free party. Abandoned warehouses, filled with hundreds, sometimes thousands of people dancing, hypnotised by the music in a tribal trance-like state, until the police arrived and shut the party down, often confiscating the equipment and arresting a few people. Around the mid ‘90s, a large collective accessed the abandoned industrial site at Hinkley Point, now one of the UK’s largest fully operating nuclear power stations. Known at the time as Steart Beach, around 18 sound systems would blast out acid techno, jungle and hardcore for days. 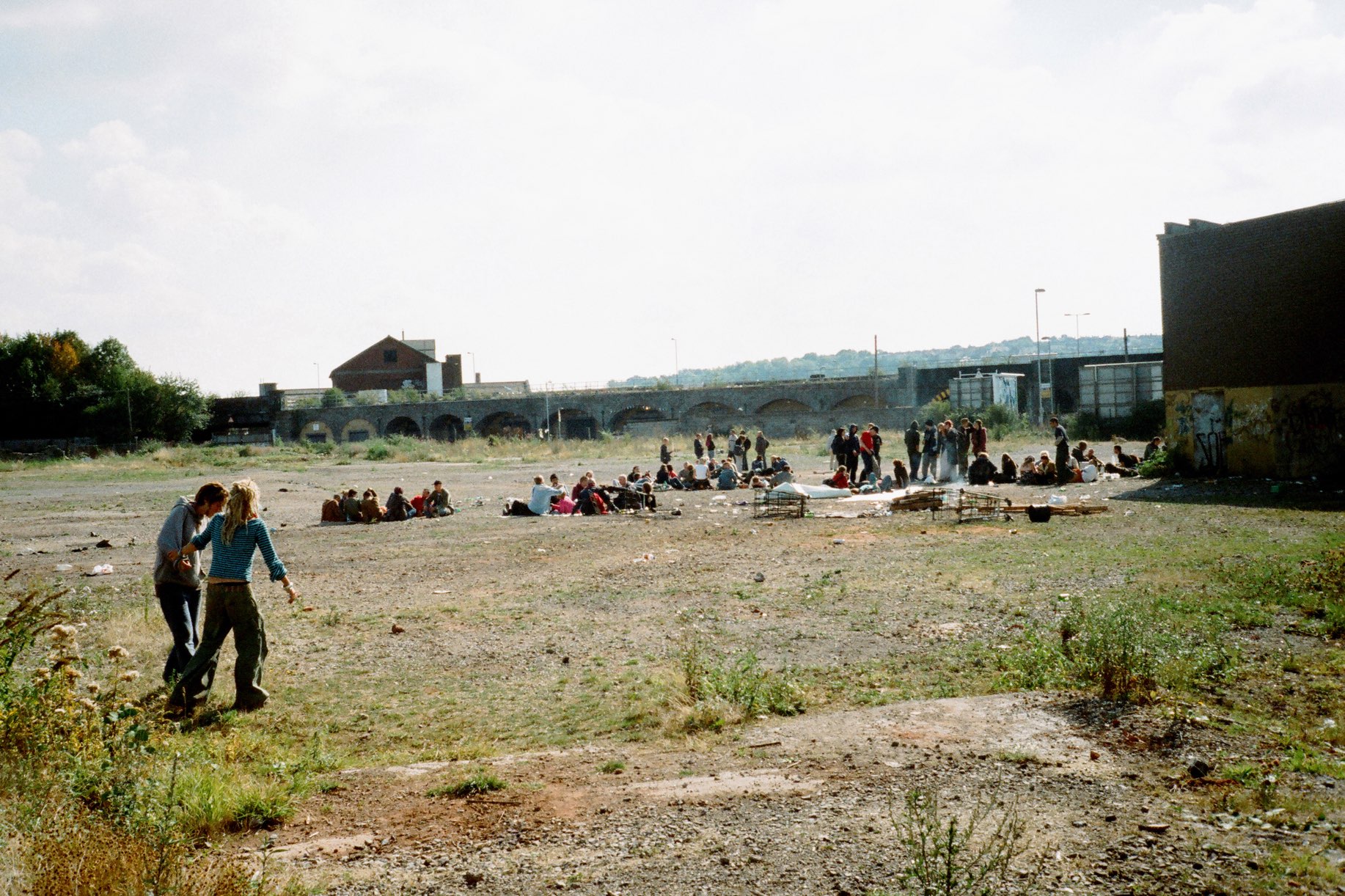 Record shops also played an important role, bringing out the latest US techno imports on vinyl, UK and European white labels, and later tape packs were aplenty with DJ’s cutting their own dubplates.

Fights broke out over flyers amongst DJ’s and promoters, arguing over who would get prime position on display. Tony’s Records on Park Street, Replay, Soundsville, Plastic Wax, Revolver, Breakbeat

Culture and Tribe of One all well-known names in the record store community.

Pirate radio was also a key platform for DJ’s and promoters, promoting the new up and coming UK / US / European underground dance music hitting the scene.

Bristol is known for its clubs and diverse subcultures. Many DJ’s originated from the punk, disco, house and hip-hop scene, creating an alternative DIY generation. The scene permeated a coolness, an underground edge that people of all walks of life felt they wanted to be a part of; anti-establishment and social oppression, united through dancing to loud repetitive beats with your hands in the air! 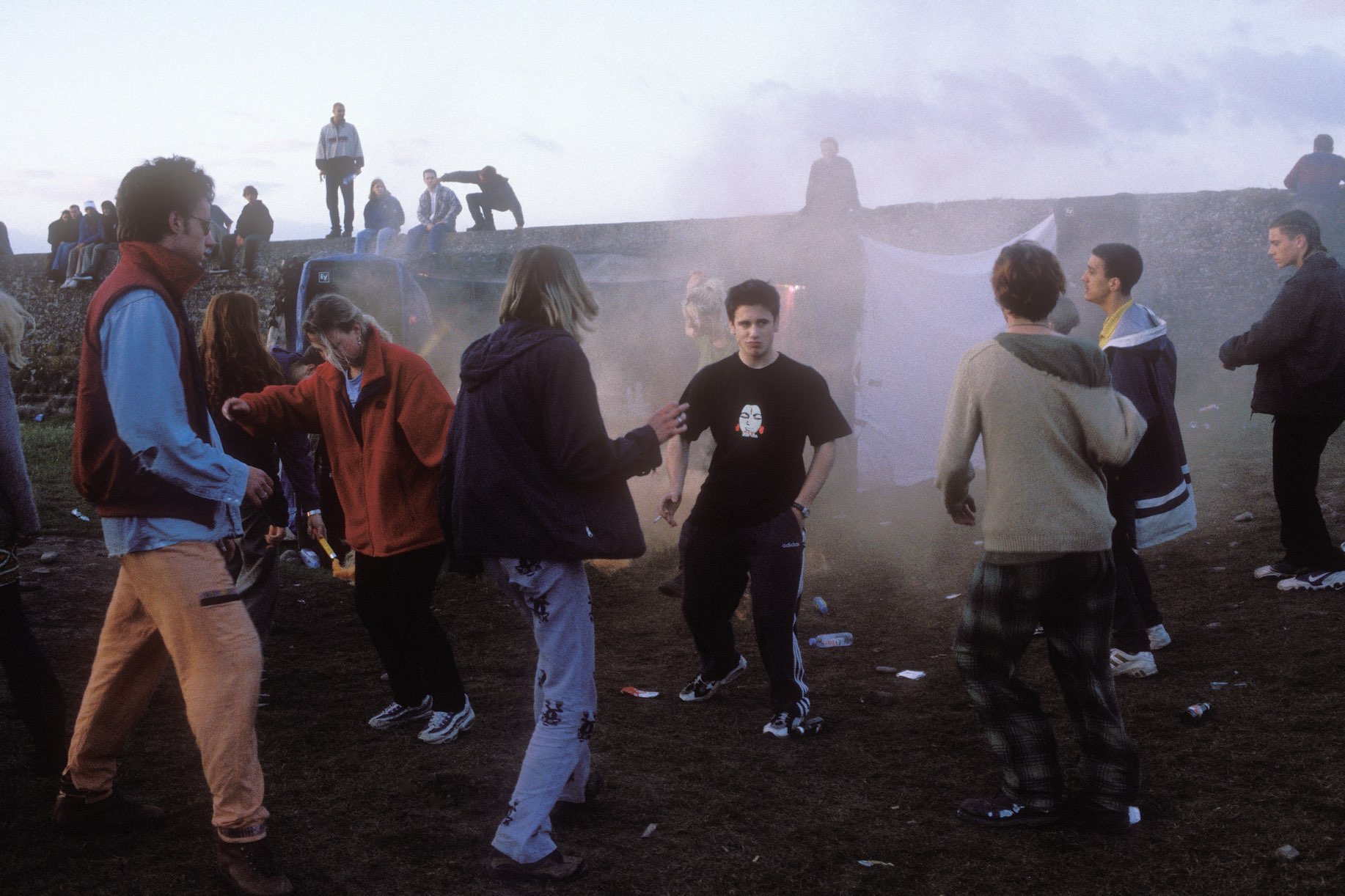 Forty years on, Bristol raves on. Venues like Motion are considered one of the top 10 clubs in the UK. The Station (the old Bridewell Police Station) recently hosted a Fantazia; and in 2019, Boomtown Festival conglomerate, with its headquarters near Temple Meads Train Station (Area 404), has taken a firm hold for Bristol’s youth culture, attracting up to 3.5K audience at a time and selling out in under 24 hours.

‘The Road to Rave’, our European series with Museum of Youth Culture started its journey in the Fred Perry Madrid shop in September. We retrace the rave convoy route across the continent, ending in Bristol.

You can now visit the new Fred Perry shop at 82 Park Street, Bristol.