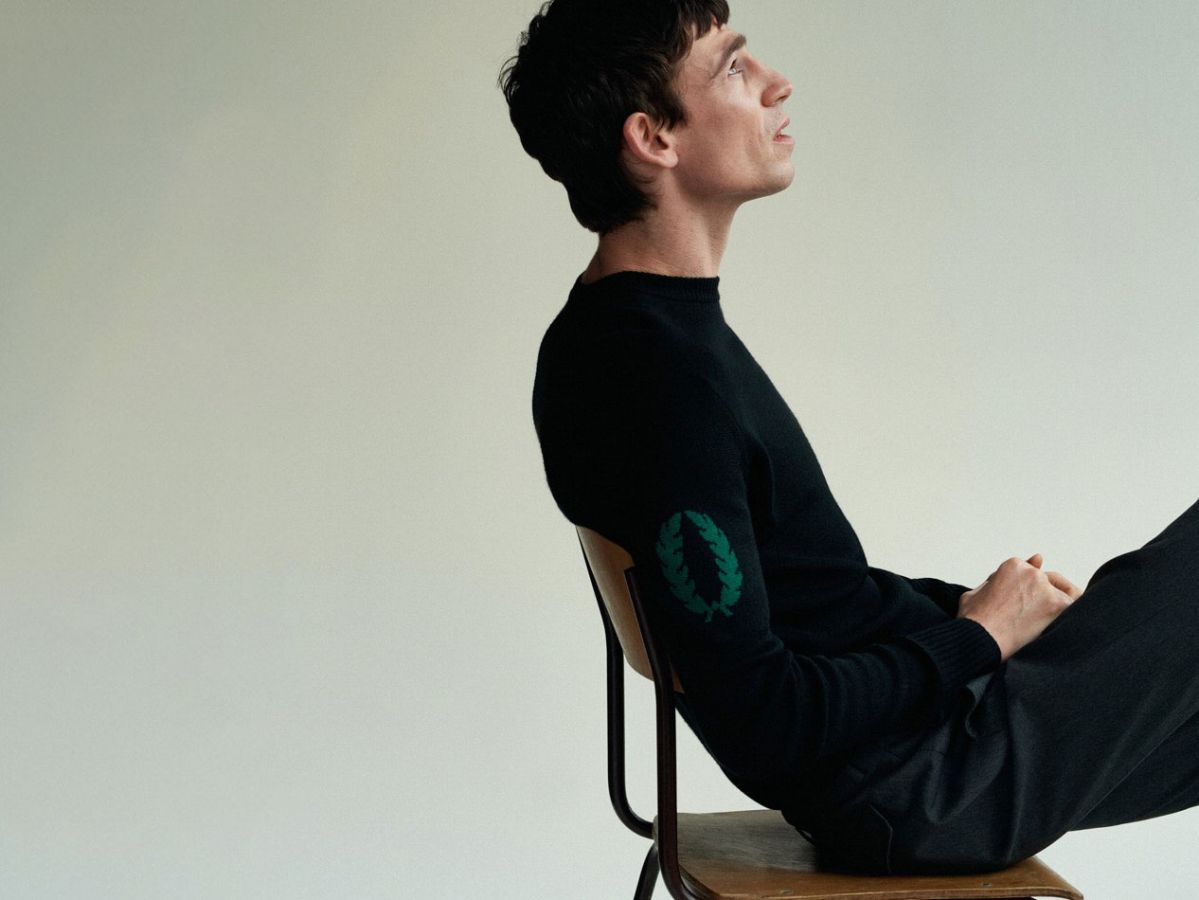 From the Archive:
All Played Out

We take designs ‘From the Archive’ in our new series and examine some of our most special pieces and the individuals who wore them best. For this quarter, we revive an original 1970s jumper, which was immortalised by Spanish Olympic skier Francisco Fernández Ochoa - aka ‘The Spanish Enigma’.

“I didn’t strive to be good; champion was good enough for me.” Fred Perry

Fred Perry’s statement of intent is visually encapsulated in the dynamic symbolism of the brand’s laurel wreath logo. Thought to have originated from the Greek God Apollo, (famed for his athletic physique and his association of wearing a laurel leaf crown) Fred’s own signature wreath has become a testament to the brand and to the man, himself a model athlete, whose clothing label would grow through the decades to represent different sporting disciplines in different continents.

In 1952, Fred Perry launched what is now considered to be a British design classic, the Fred Perry ‘M3’ tennis shirt. The first batch of shirts which were simple all-white, cotton pique, polo-style shirts with a slim silhouette and lightweight durability, arrived fortuitously, during the 1952 Wimbledon championships. With access to the men’s dressing room Fred himself would go to hand out kits to all the players, and on the hallowed courts of Wimbledon SW19, Fred Perry sportswear made its debut. Crowd favourite Jaroslav Drobny wore it during the men's final that year, together with a pair of black tinted sunglasses and the shirt became an instant success. Despite losing, Drobny, the Egyptian, had given the Fred Perry shirt a stylish start in front of not only an audience in South West London, but the world. Throughout the 1950’s and ‘60’s a generation of men’s and women’s Wimbledon players would wear Fred Perry clothing in their bid to become a champion. 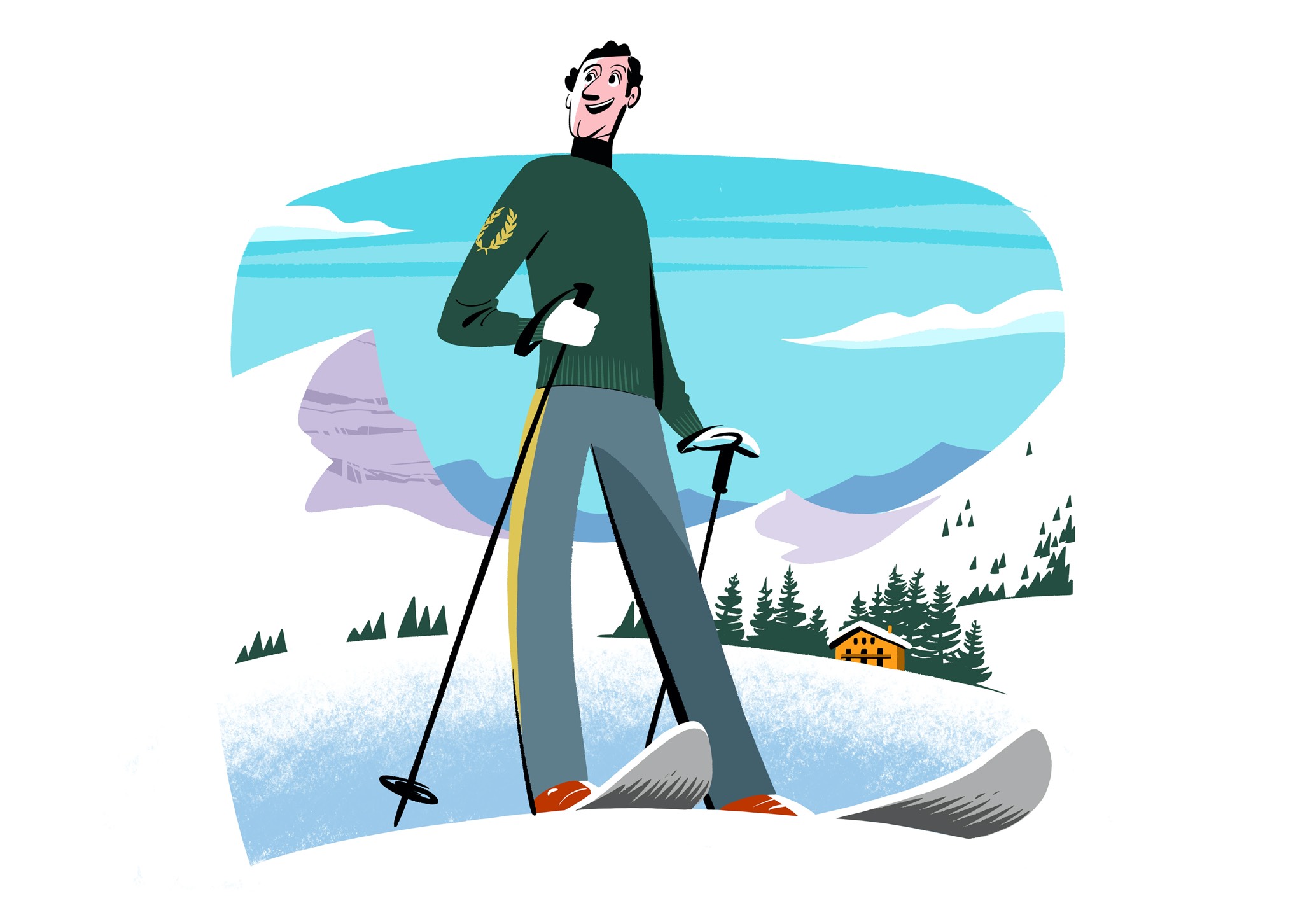 Skier, Francisco Fernández Ochoa seems to have acquired a reputation that teetered precariously between mystery man and peculiar odd ball,​ ​throughout his entire sporting career. He was sponsored by Fred Perry, and frequently trained on the slopes wearing the label, going on to achieve sporting greatness by winning Gold in the down-hill slalom, at the Winter Olympics in Sapporo, Japan in 1972. At 15 he surprised everyone when he turned up on the World Cup ski circuit, hailing from a country whose National sport involves bulls and blood, as opposed to speed and agility on virgin white snow. A perfect example of a Spanish sporting oxymoron. On a cold Sunday morning at the Teine ski resort in Sapporo, a 22-year-old Ochoa, made unique sporting history for Spain by beating Italian cousins Gustav and Roland Thoni by a full second, knocking them respectively into silver and bronze places. His technical form of ski-ing which included athletic twisting and turning resulted in him being known as the ‘matador on skies’. Ochoa described his achievement as being equivalent to a Japanese person conquering the bull ring, and he remains the only winter Olympic champion from Spain. 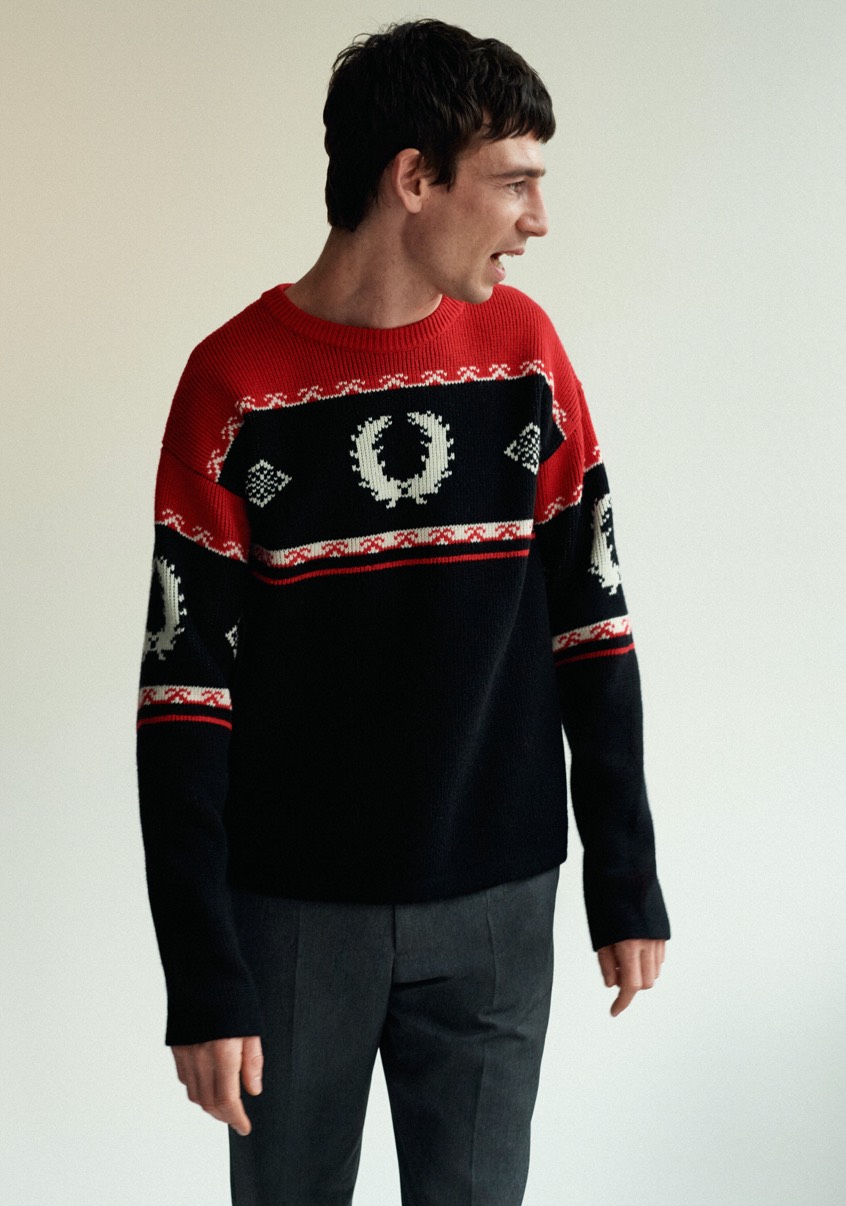 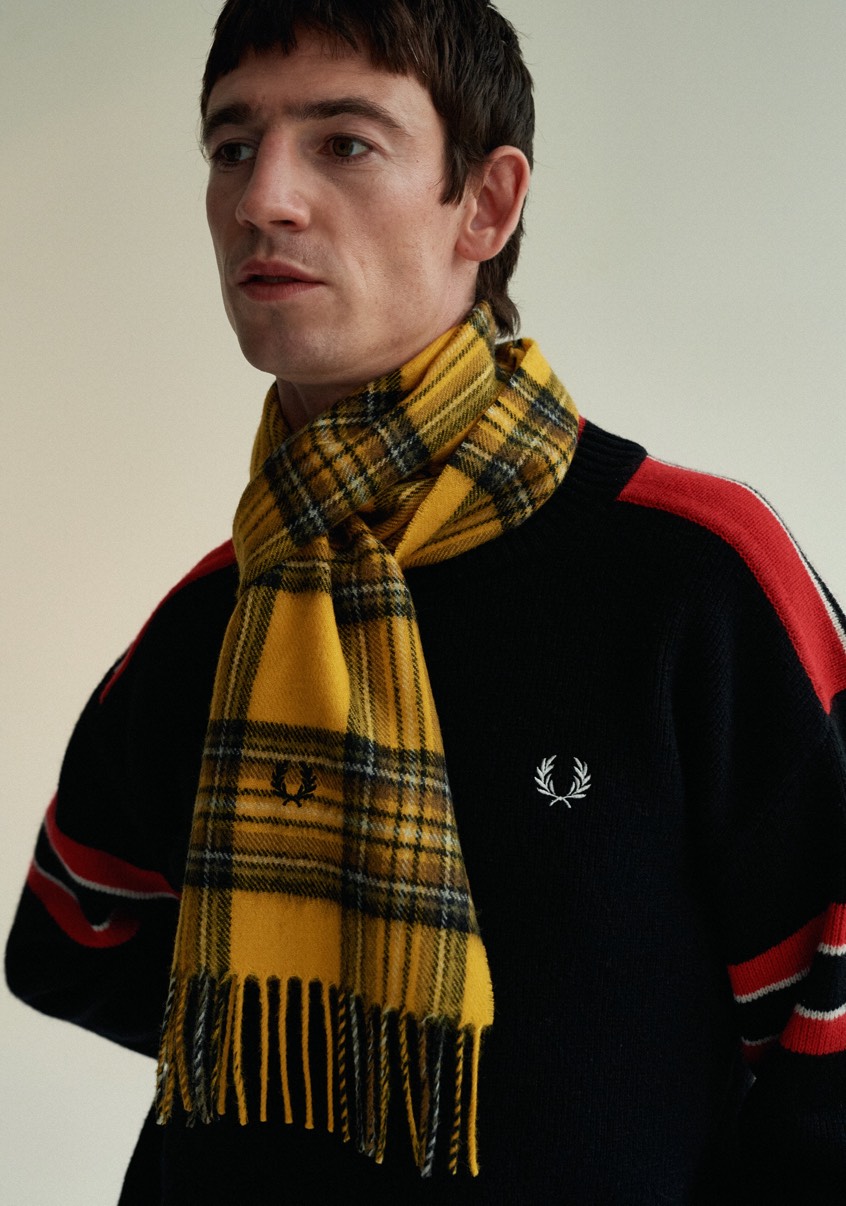 A giant Laurel Wreath made from vines was placed on his head for the assembled press pack as he flew onto home soil, at Madrid's Barajas airport, his arrival making the front and back pages of the daily newspapers. Nobody thought the outsider had a chance of a podium finish let alone a gold medal and his life changed forever after his successful downhill run. He was subsequently photographed in ​Holla! wearing a Fred Perry ski jumper, the gold Laurel on his right arm reflecting the colour of his winning medal around his neck. There are significant parallels between Ochoa’s life and Fred Perry’s, with both men originating from working class backgrounds, and going on to achieve sporting immortality by reaching world number one, in their respective fields. Ochoa won gold using wooden skies, the last of his generation to do so, before the fibreglass synthetics revolution took off in time for the Olympic Winter Games in Innsbruck in 1976. Both men lived to see their sporting success immortalised in the form of a life size bronze statue, a reminder for future generations that economic background has little to do with the drive and ambition required to achieve a long-lasting sporting legacy. 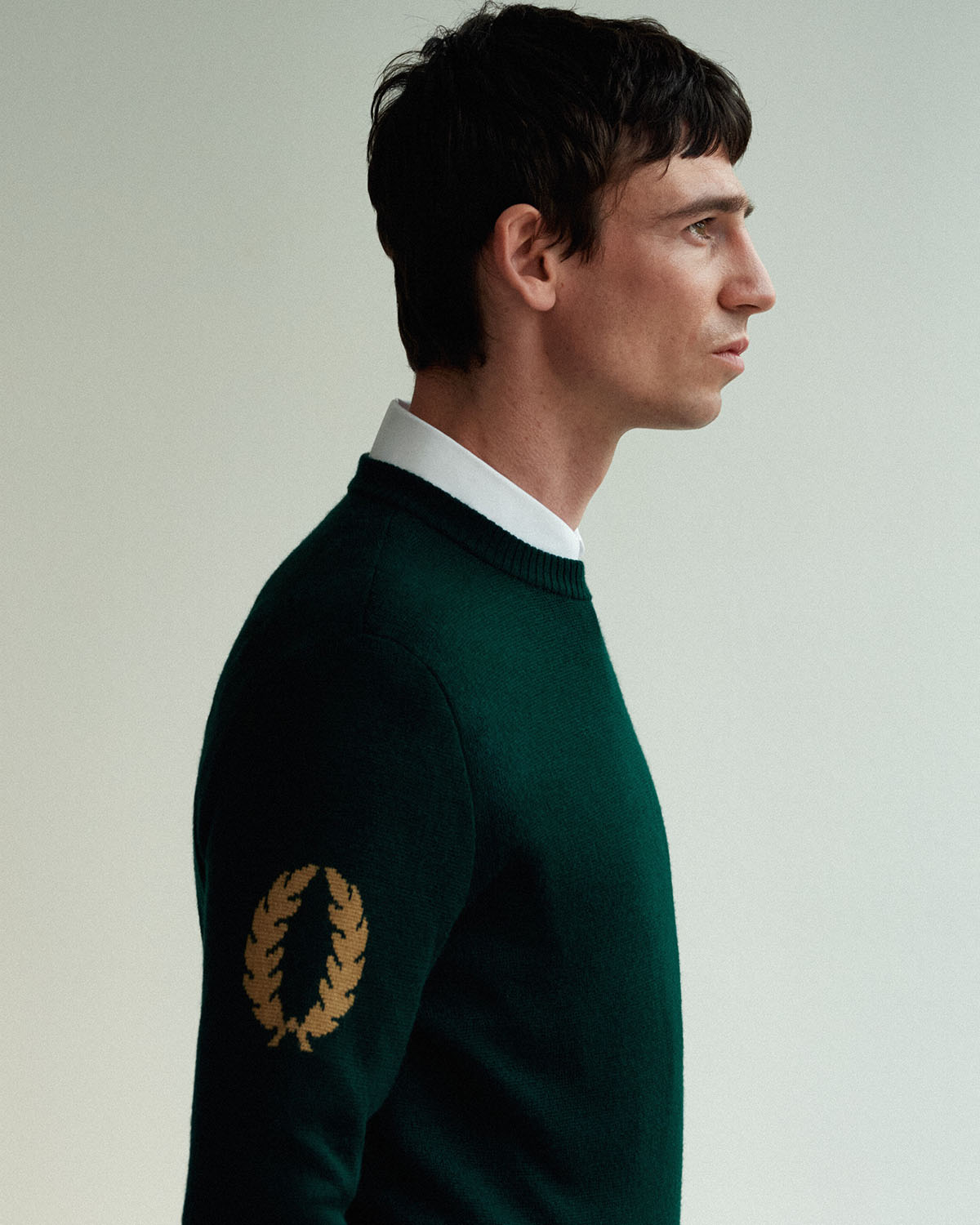 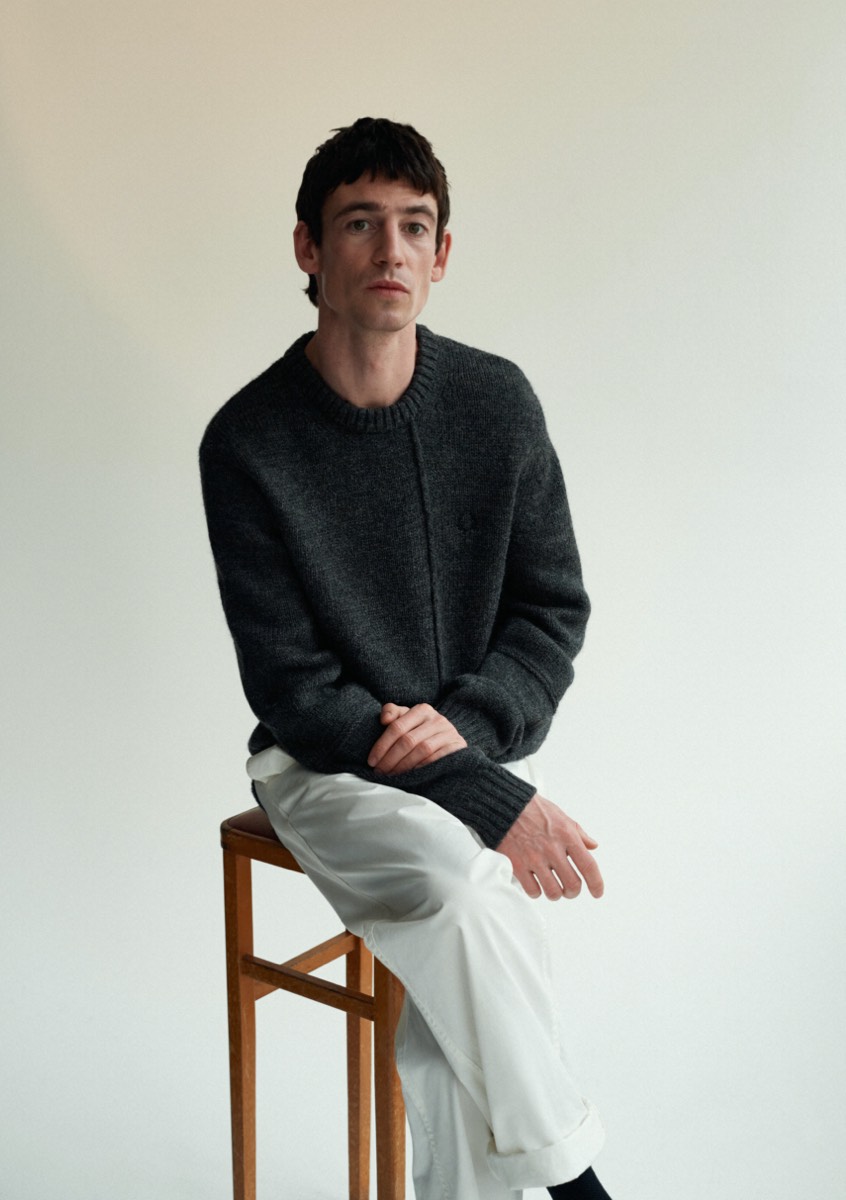 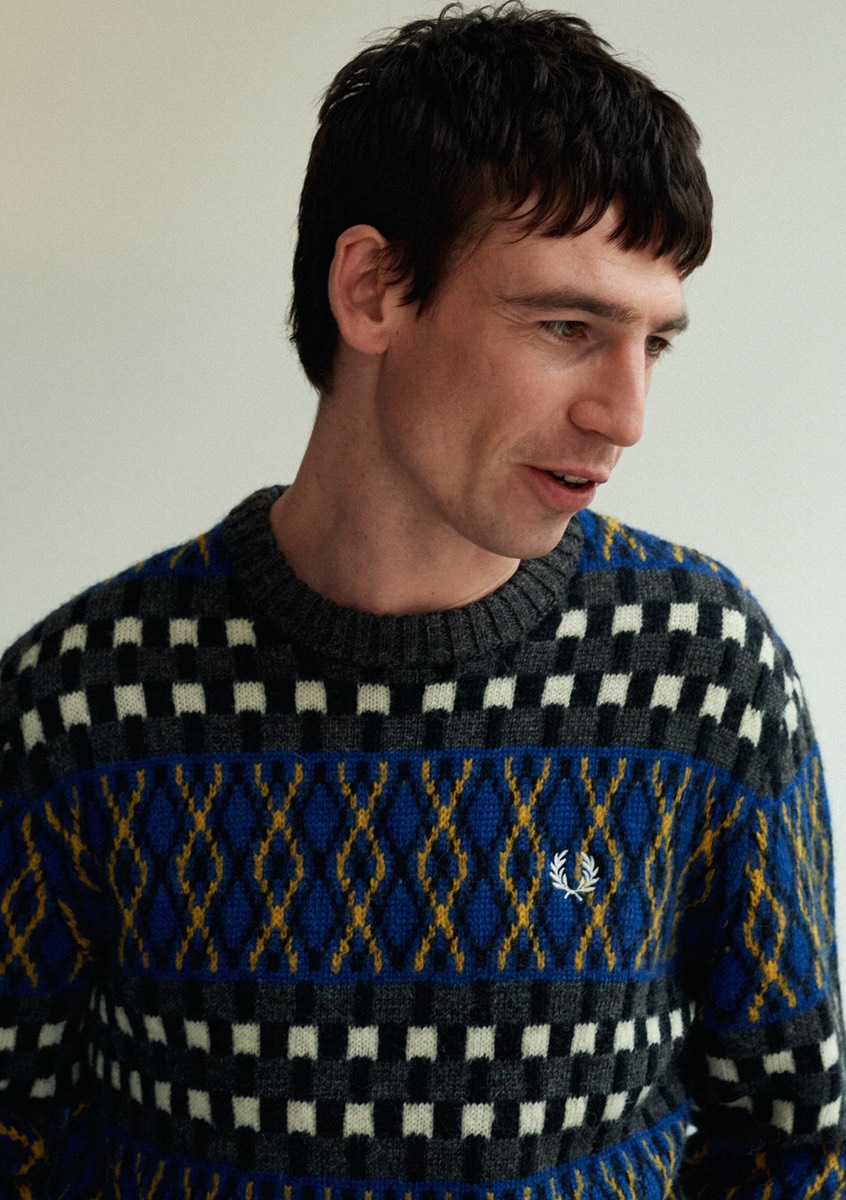 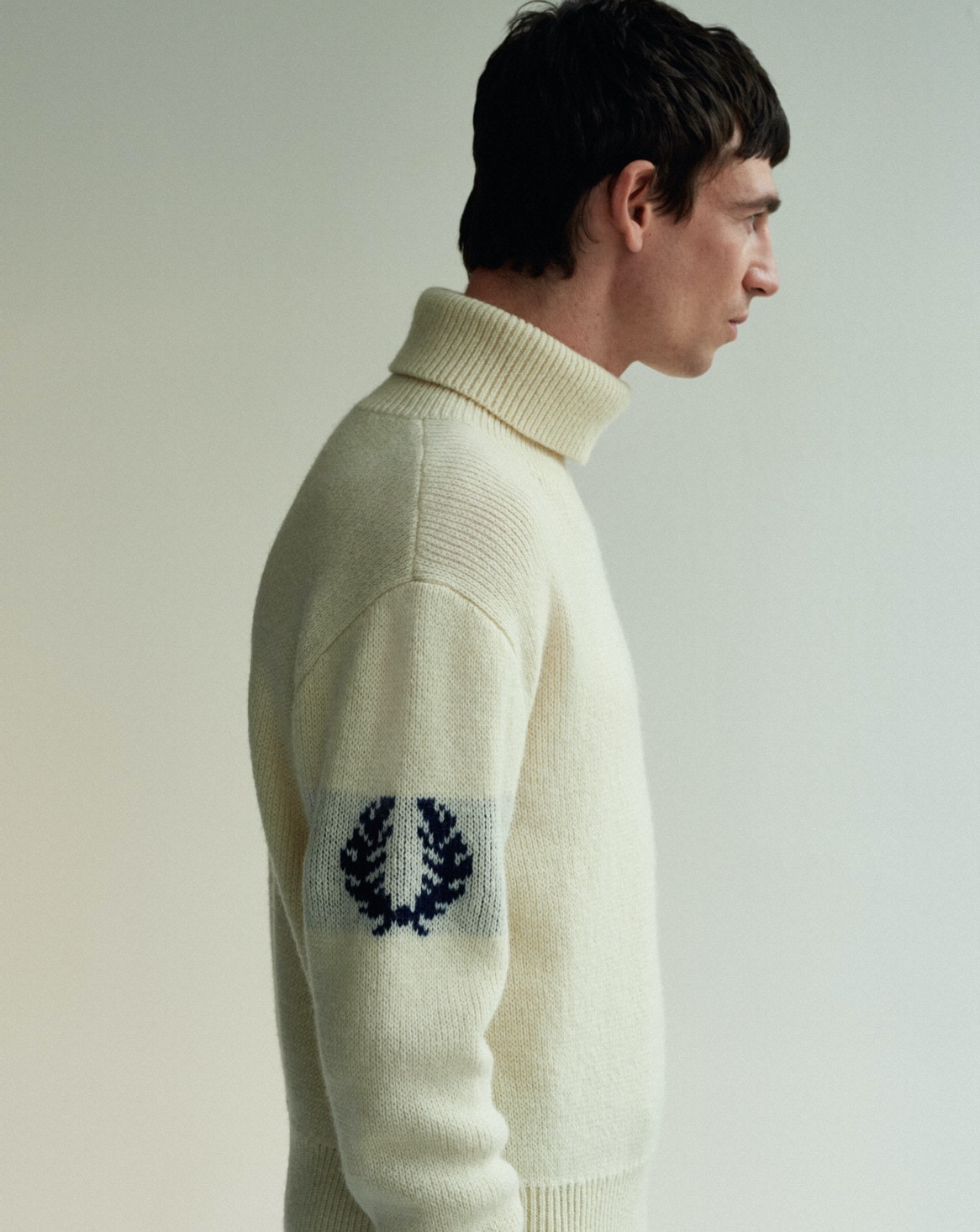