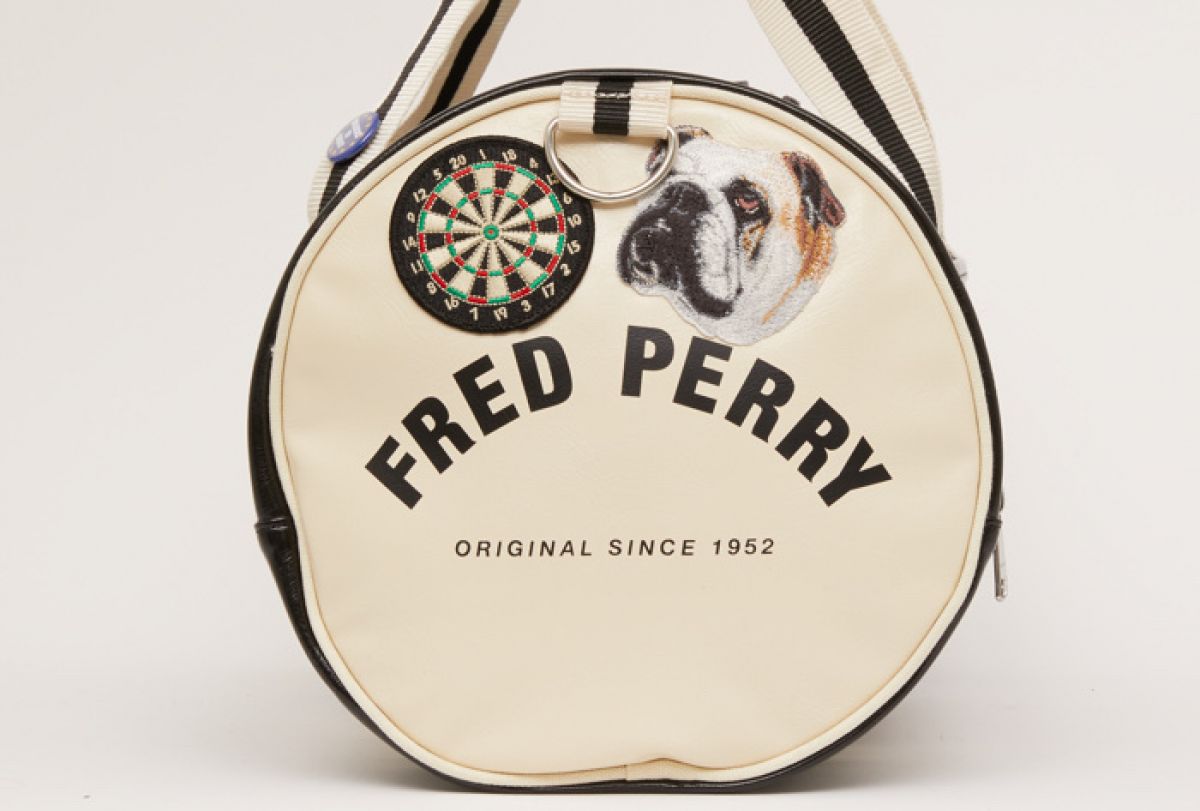 Casual is a publication that is inspired by identity, youth and culture and so when Tom Kelly, the editor, contacted us to let us know about a project he’d briefed a group of young artists to work on with the Barrel Bag at the heart of it, we were keen to see what they came up with.

“The pieces I’ve painted represent what I’d like someone to think of when they think of Britain and its history; the literature and poetry from British writers paired with the nature found in a lot of British countryside which can seem magical at times and something out of a fairytale; I also included a passage from Shakespeare’s Midsummer Nights Dream, as this was the first British piece I ever read once moving to this country; also alluding to the fact that we love Britain for all its ugly parts too, similar to the girl who falls for the donkey in the story.” 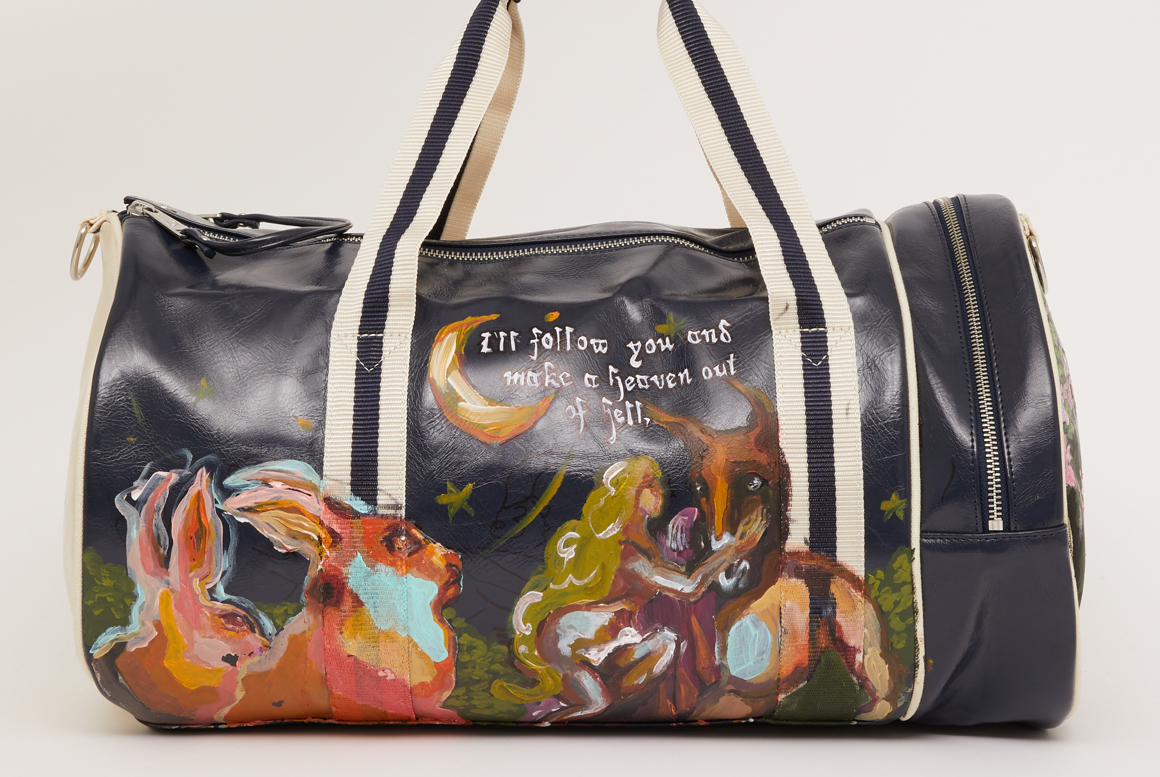 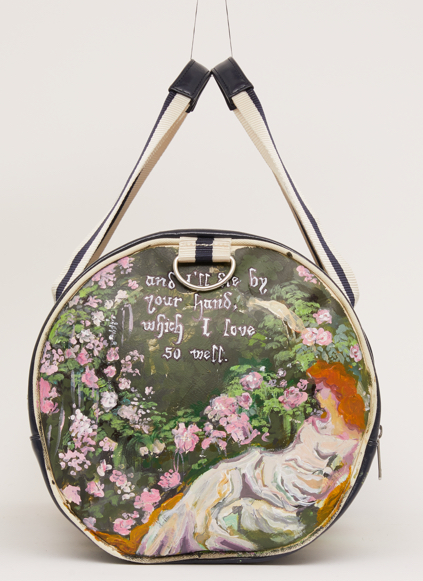 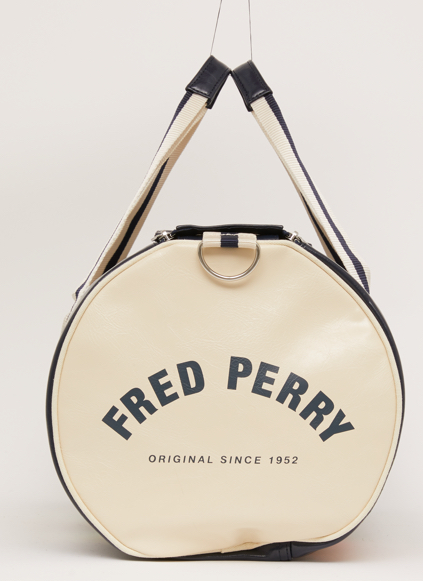 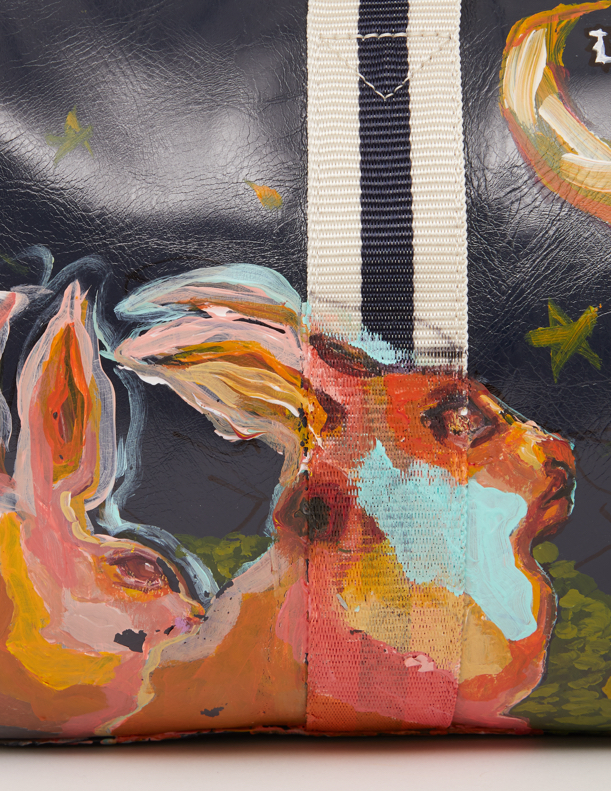 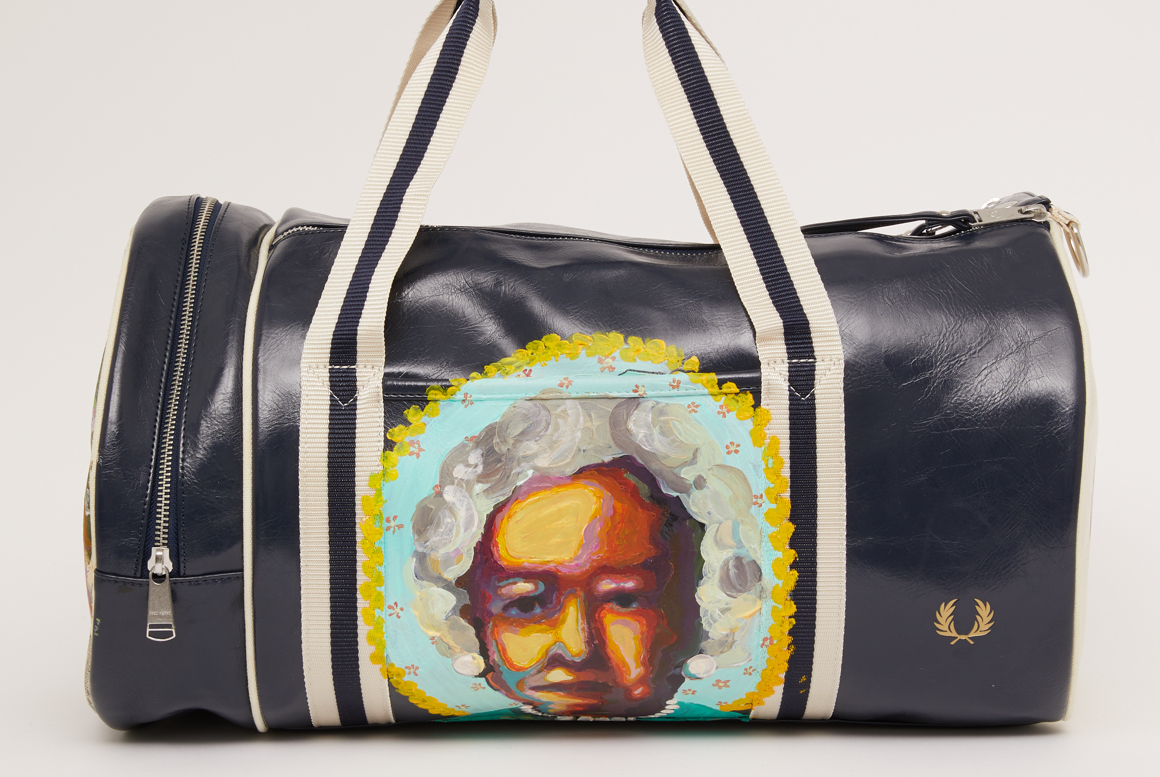 “When I can think of England I think of the hills, I think of the streams like capillaries that map our nation. The undergrowth and the heather that textures our surface and trees that reach up to the sky. No matter how we try to sanitise the land with our safety barriers and concrete toppings, the asphalt bulges and cracks as the roots infiltrate the grey. The resilience of nature will always endure our blueprinted advances. This bag is the physical embodiment of this sentiment, taking a staple piece in any modern man’s repertoire and making it reminiscent of our land's true heritage.” 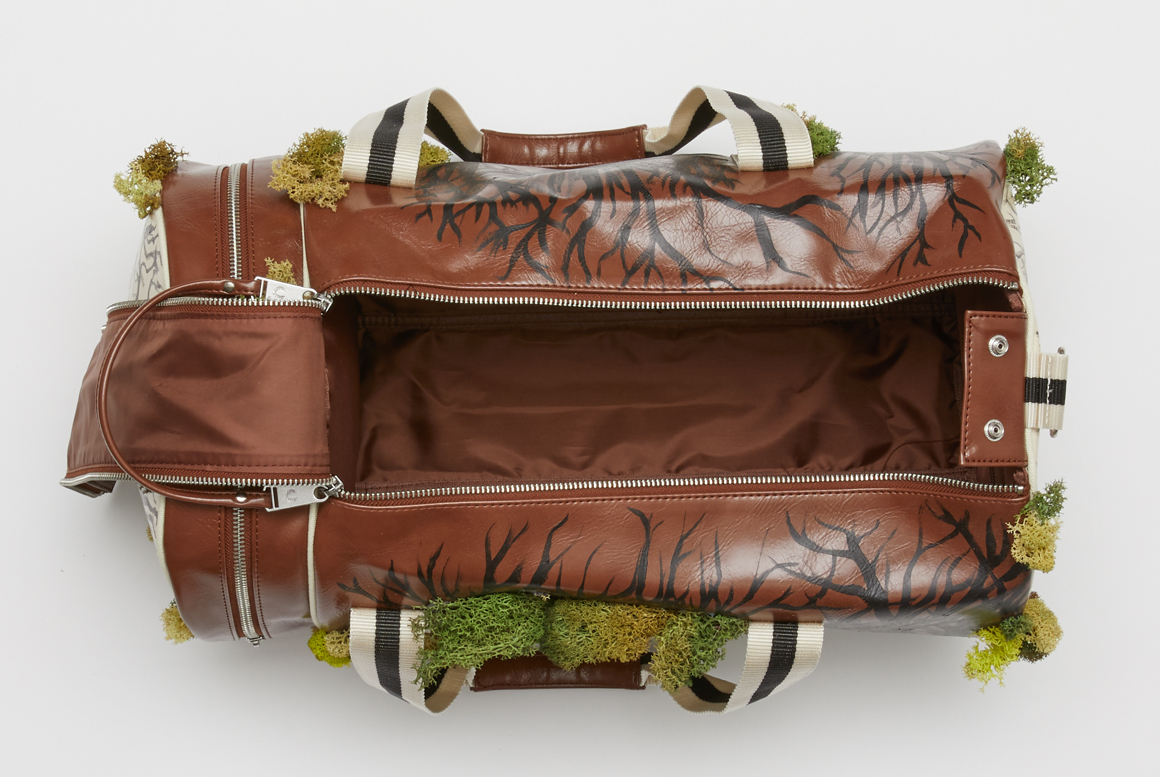 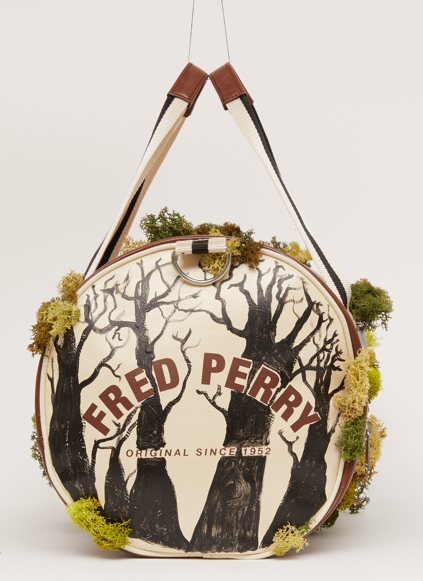 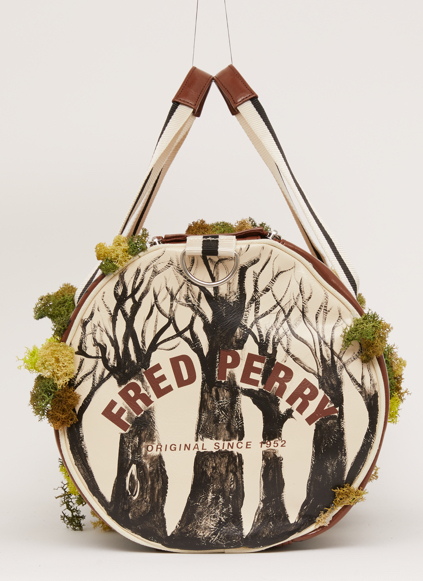 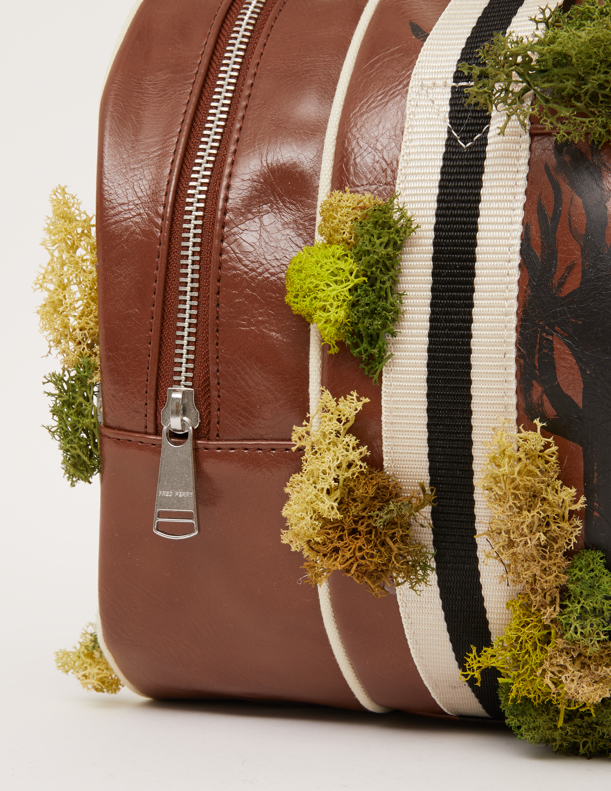 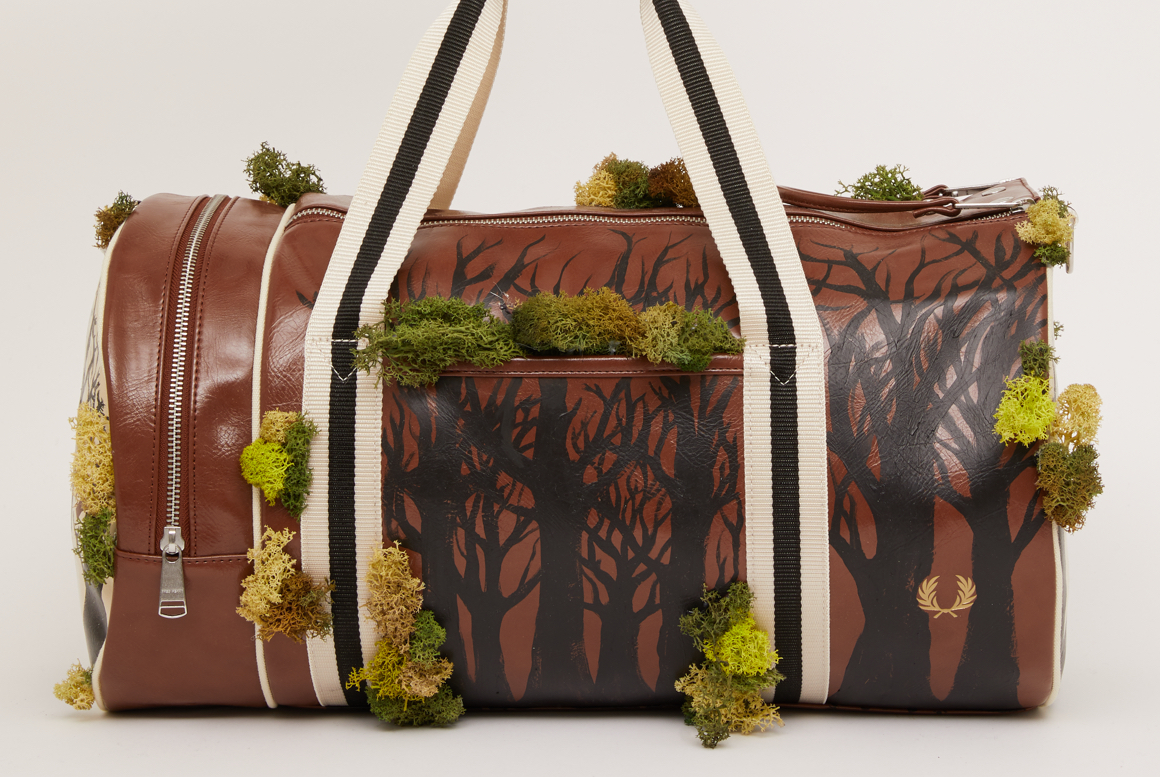 Britain, Now and Then

“Fred Perry is a very forward-thinking brand that celebrates the past but makes clothes for now. When designing my bag I had the same state of mind, I wanted my design to reference Britain now and its past. I started by drawing quintessentially British graffiti from school tables, bus stops, walls etc all over the bag. I wanted the patches to sit on top of the graffiti as a statement about how Britain tends to ignore the real problems going on and sweep them under the carpet. Britain loves to self-indulge in its traditions whilst ignoring a lot of problems happening in the streets, schools, hospitals etc. I chose to use patches on my bag as a reference to the northern soul bags and mod parkas of British youths past. The patches on the bag are references to some of my most cherished things I associate Britain with, whilst some are political, and others jokes. The bag is meant to be a statement and a celebration. Britain is beautiful but also very problematic. Britain must evolve. Britain must do better to make itself equal for everybody.” 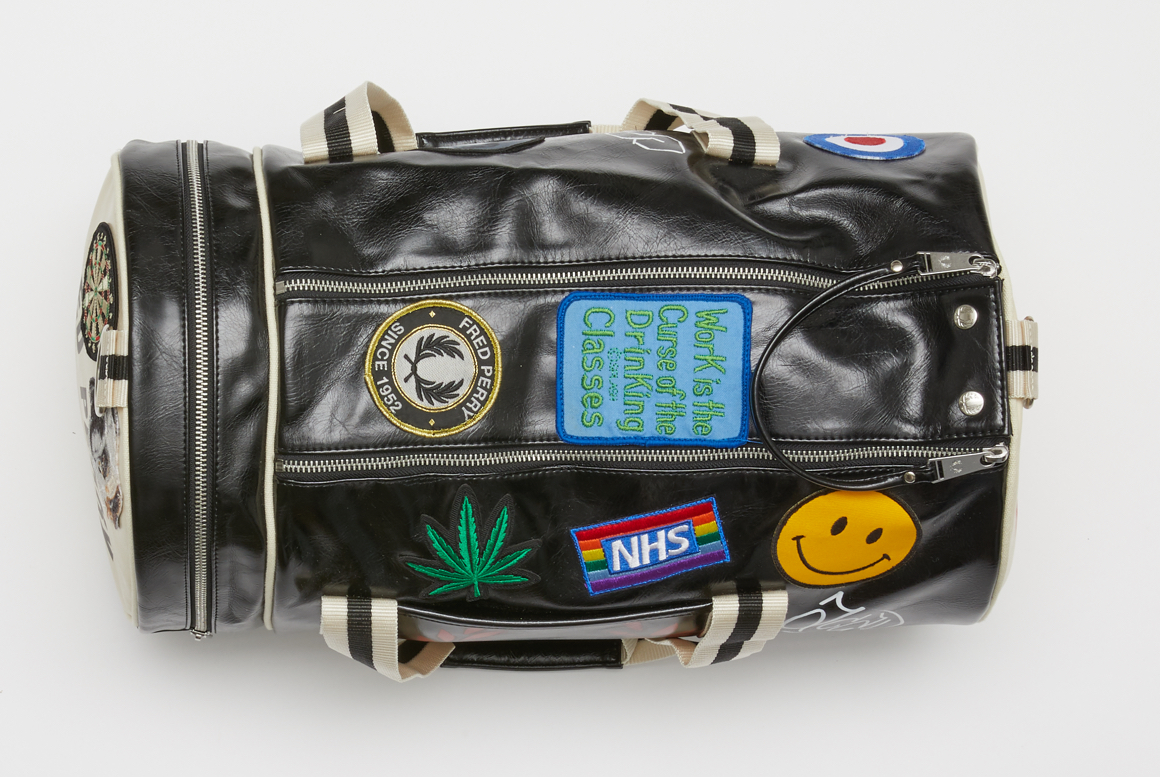 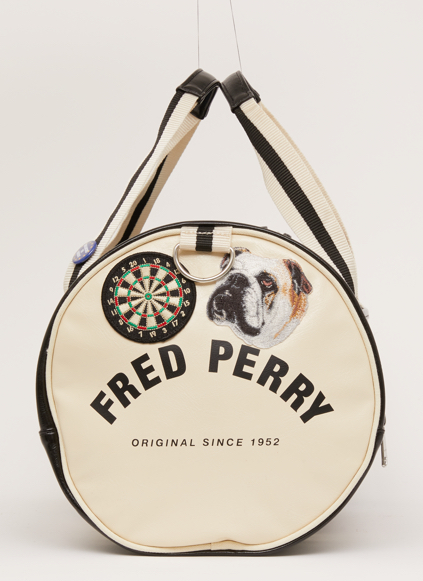 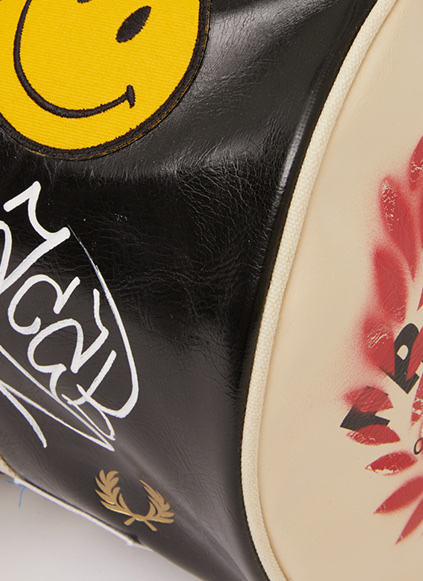 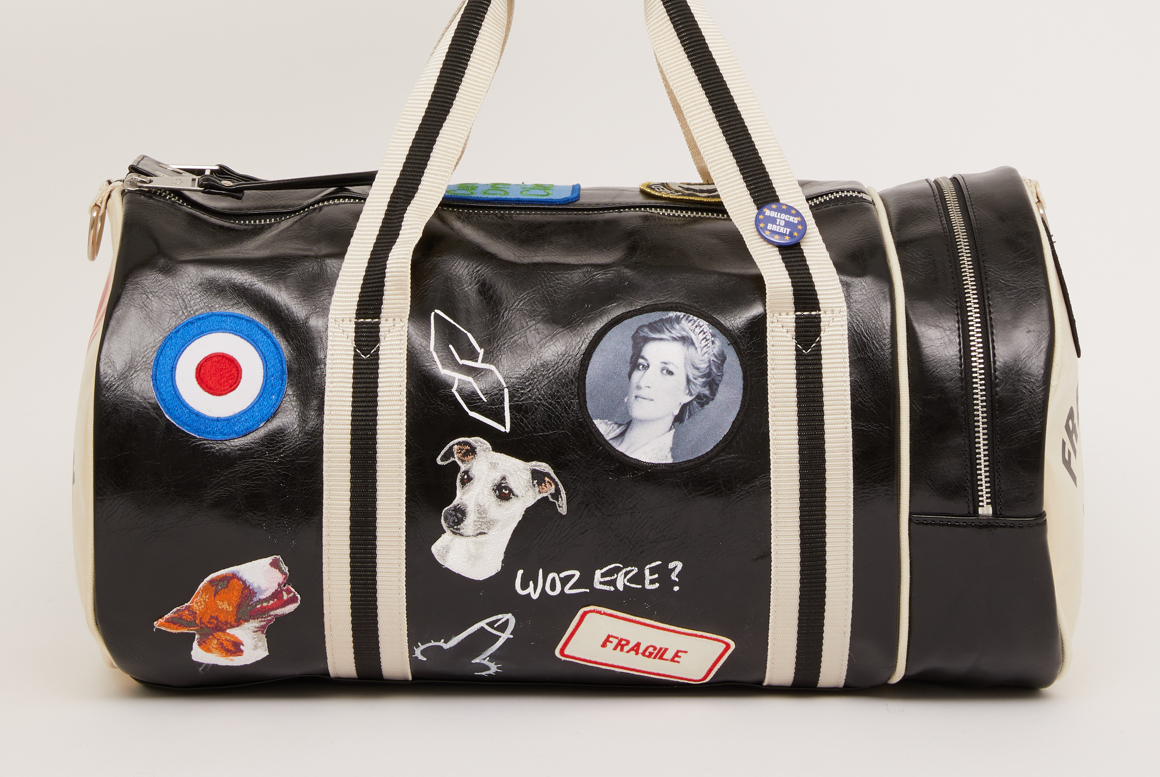 Each Barrel Bag has been auctioned for charity via casualmag