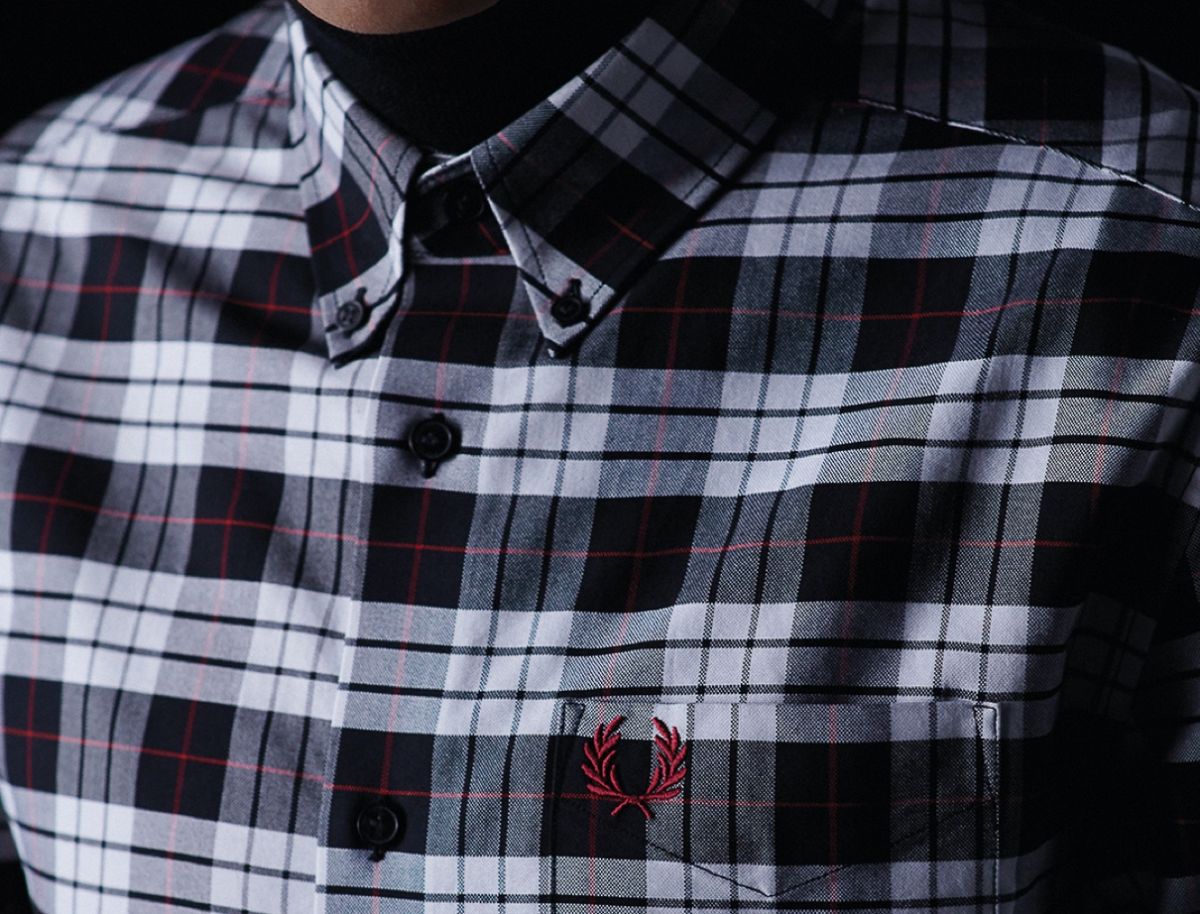 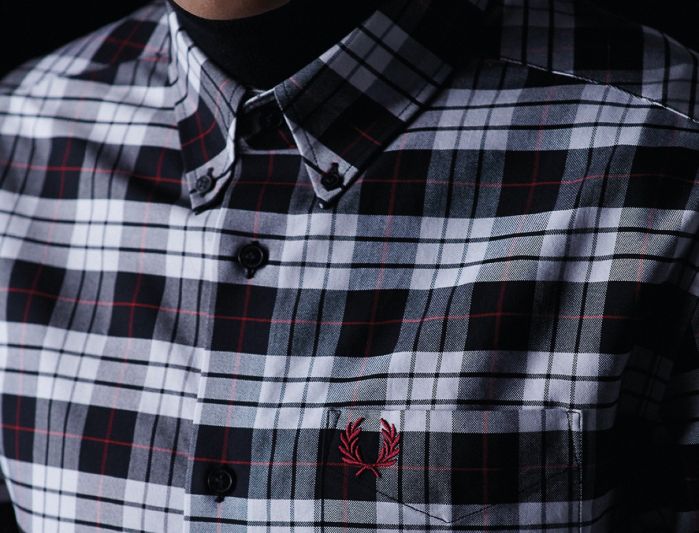 This seemingly-simple patterned cloth commands serious respect in the style stakes, having been embraced across continents and decades by not only Mods, Skinheads, Rude Boys and Rude Girls, but also Punks, New Romantics, Grungesters, early-00’s Millennials and avant-garde fashion fans, too.

We instinctively recognise tartan whenever we see it. Yet those familiar criss-crossed lines and checks, in all their varied arrangements of size and hue, demand deeper inspection and appreciation. Look more closely and you find strands of tartan woven throughout key subcultures from past and present and stitched into fashion’s ongoing timeline. Those Scottish highlanders who wore tartan as daily attire, hundreds of years ago, clearly knew they were on to a good thing.

From the middle of the 20th Century onwards, tartan-ism has been embraced by the young and rebellious. In the 1950s, for example, lightweight Harrington jackets lined with tartan (hitherto donned for gentle outdoor pursuits such as golf) were re-appropriated by the era’s freshest heroes of music and film. Elvis Presley and James Dean boldly wore theirs semi or fully-unzipped, accessorised with quiffs and sex appeal. The look was emulated by teens worldwide.

During the following decade, the tartan-lined Harrington further diverged in context, achieving eternally-cool status. It became a staple piece of clothing for sharply-clad UK Mods in the 60s, as well as Ska-loving skinheads and Rude Boys and Rude Girls, in their evolving incarnations between the late-60s through to the 80s. Fred Perry’s ever-popular tartan-lined Harrington has maintained this subcultural connection over the years, along with other back-in-the-day staples beloved by the shorn-of-hair, including jaunty tartan socks, woven button-down tartan shirts and tartan knitwear, all of which remain in the Fred Perry collections today.

There were other tartan innovations during the 1960s, too. Futuristic designer, Pierre Cardin, incorporated tartan into his designs, while in London the game-changing tailor, Tommy Nutter, combined his Savile Row training with an instinctive understanding of pop culture. As the swinging 60s morphed into the 70s, his generous use of maximal tartan checks upon suits boasting roomy flared trousers and massive lapels was favoured by glam rock’s most discerning influencer, David Bowie, no less. By the middle of the decade, the rather cartoonish rock group, Slade, as well as the Scottish boy band Bay City Rollers, both made tartans a kitschy part of their image, yet even their unabashed cheesiness couldn’t dent the dignity of this much-loved material. 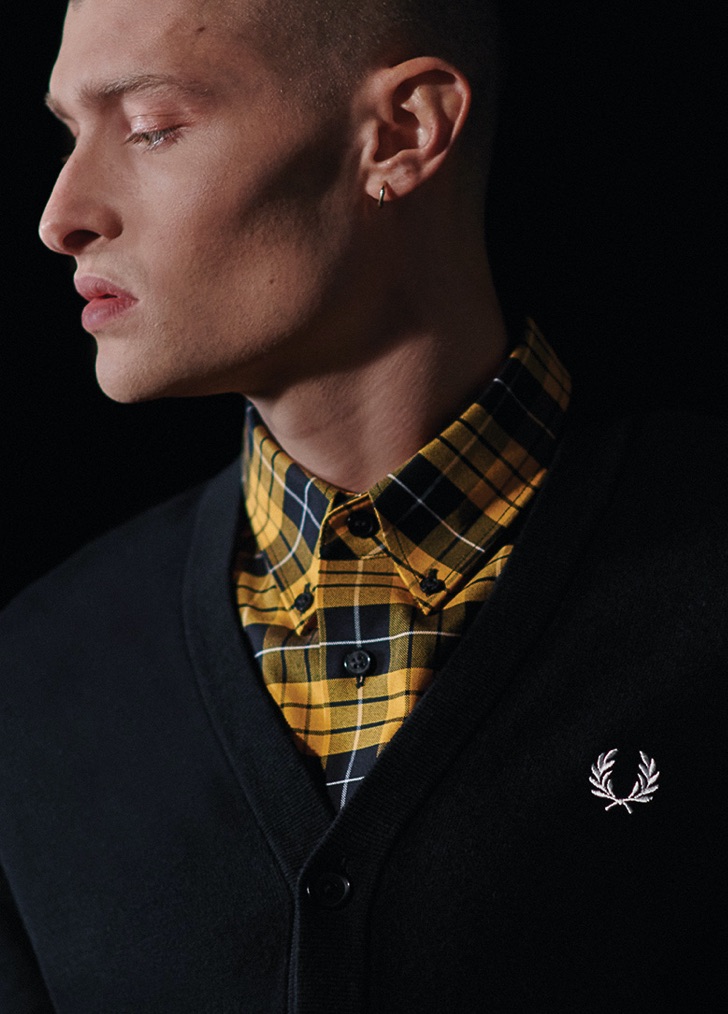 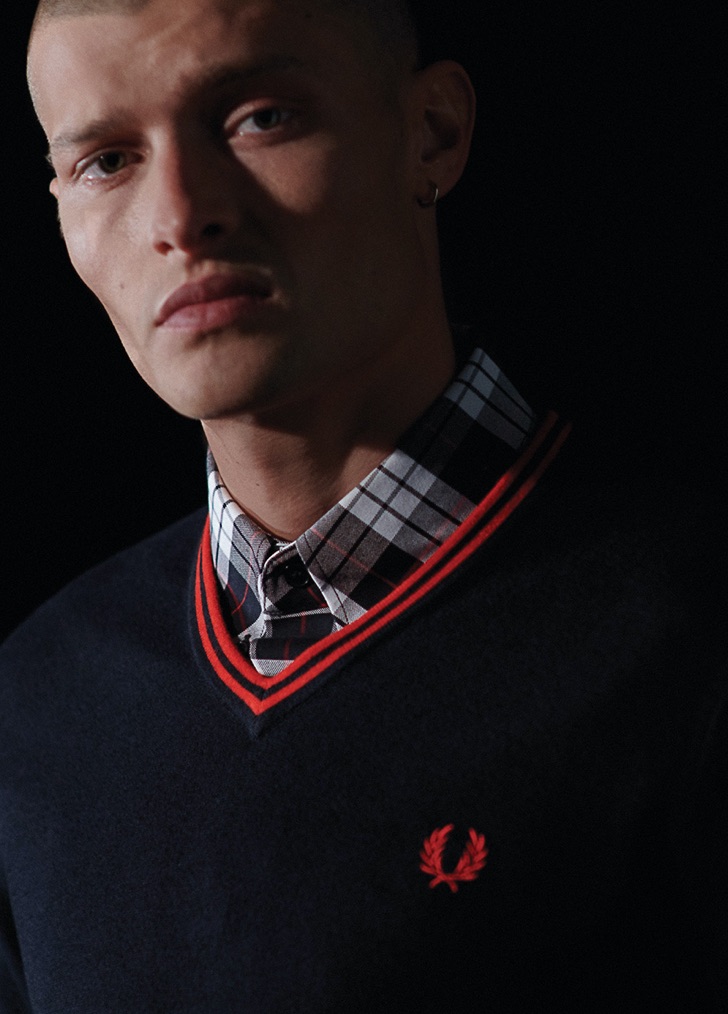 When Punk fermented in London during the latter half of the 70s, the use of vibrant tartans upon bondage trousers and suits felt decidedly subversive and anarchic, rather than comedic. The prototype for these designs, unleashed by Vivienne Westwood and Malcolm McLaren, spawned a wider enthusiasm for DIY, customised, or cheaper tartan togs among Punk followers far beyond the cliques of the Capital. This penchant for tartan continued to mutate across the post-Punk and New Romantic landscapes during the early 80s. Indeed, four decades ago – long before we documented our best looks on Instagram – wearing a vivid flash of tartan could convey a witty, postmodern approach to all-things sartorial. It might, at the time, have even ensured one’s photograph made it onto the pages of cult street style magazines such as i-D - the ultimate accolade for any 20th Century trend-setter. 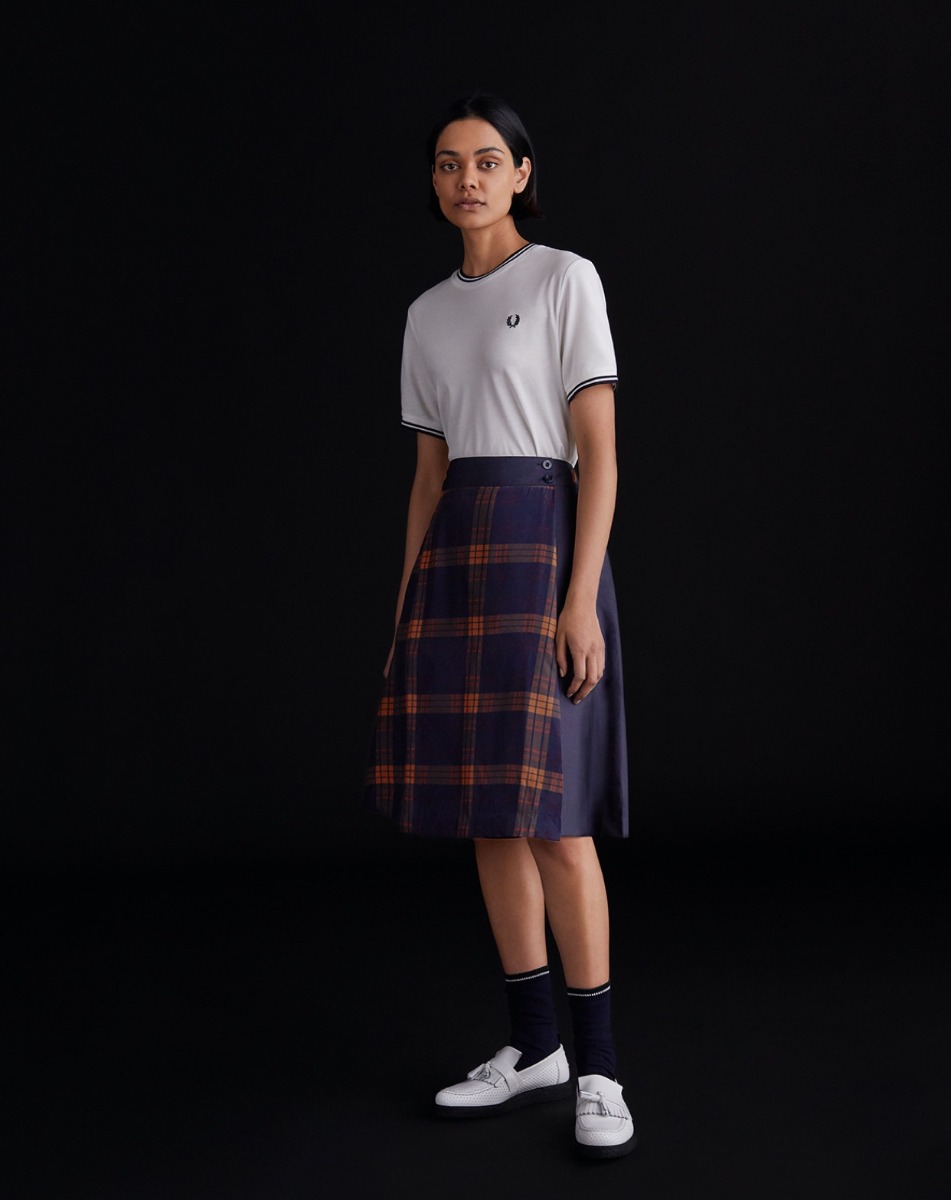 By the 90s, Grunge brought a raw, stripped-back, anti-fashion mindset and punky spirit all the way from Seattle to an increasingly-corporatised global music scene. It was the non-ironed, thrift store-purchased tartan-check shirt - casually flung atop a plain Tee and teamed with ripped, faded jeans - which became the uniform for fans of bands such as Nirvana, as worn by its frontman Kurt Cobain. Away from mosh-pits, the runways of Paris and London have also played host to tartan throughout the ensuing decades, not least when incorporated into collections by the avant-garde Japanese design brand and long-time Fred Perry polo shirt collaborator, Comme des Garcons. In the early-00s we saw second-hand tartan check shirts re-popularised among skinny jeans-wearing Millennials - albeit now rebranded as ‘vintage’ and procured from retro boutiques and eBay.  More recently, the London-based, Glasgow-born designer, Charles Jeffrey, has imbued the non-binary club-kid aesthetic of his Loverboy label with a bespoke tartan, officially copyrighted in 2018 with The Scottish Register of Tartans.

Modern-yet-traditional, eclectic-yet-iconic, tartan’s true colours have time and time again been shown to us by staunch individualists or specific clans. And we never tire of checking them out.