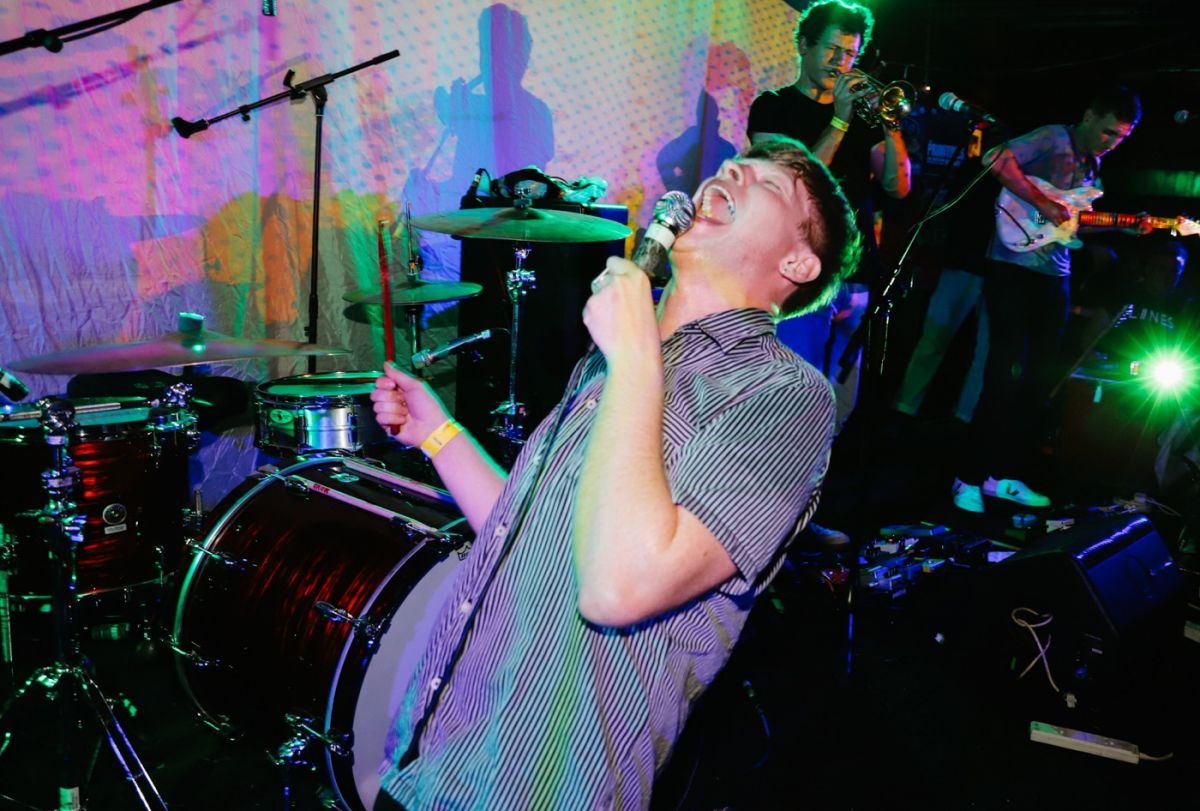 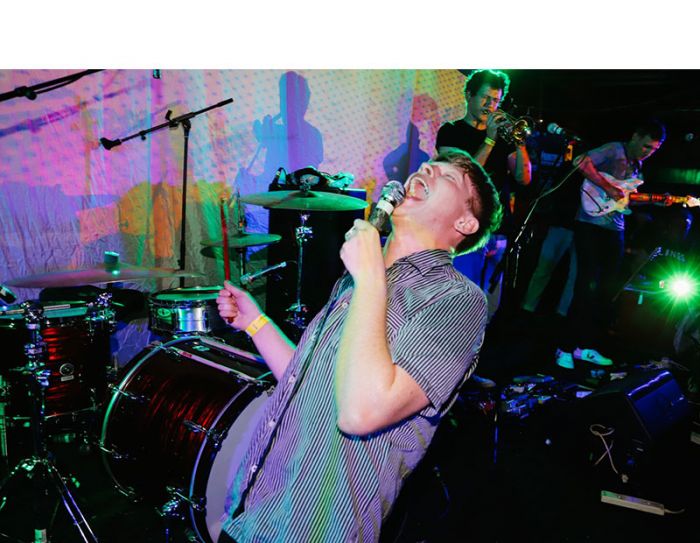 The word ‘subculture’, when used today, threatens self-parody, self-aggrandizing and selfishly works in favour of the corporate individual rather than garnering a sense of community. It tends to exist either as hangover from its hedonistic past, or an exploitative experiment in the commodification of independent thought, often devoid of emotion. This particular evening set out to prove otherwise.

The hilarious myth of Mr Kane sets an unprecedented energy for the night. What a joy it is to see an indie crowd smile, just for a second, to see them dance, even. With his mouth adorned in a southern drawl and his body in an American flag, the alter-ego that is Lazurus Kane recollects being at the 100 club back in ’78 doing “not the in-house, but the out-house lights. Making sure the venue was lit up real well from the outside!” Lazurus Kane and his band, clad in mesh, make-up, golf attire, piano ties and numerous sports sunglasses, apart from being very, very funny, have written some really great songs, the kind of songs that bands are afraid to write nowadays. Infectious, thumping melodies, popping harmonies and witty song subjects which include a song about a song, and ‘I Do All My Own Stunts (featuring Harrison Ford for Legal Reasons).’ The entire band is a gorgeous good time, and the sublime tones of Heavenly’s own Katy J Pearson are a beautiful crystalline icing on it all.

Following them is POZI. This trio from London, made from the unlikely set up of drums, bass and violin, emanate a kind of nervous, intense energy. With a Blockheads-esque bounce and a Jona Lewie feel, POZI combine this Stiff Records pub glow with their own modern observations and earth shattering, dynamite strings. That unnerving violin is like a wasp whizzing past the ear, a bug you can’t shake. It seems to be a symptom of the English age of anxiety they exude in their lyrics, “we’ll never leave you behind” they chorus the ascending harmony, always swapping lead singers, before dropping into the next ska influenced bop. Due to the choice of instruments, their sound stays firmly centred, so when Rosa, the violinist, takes hold of the melody towards the end of the set, her voice offers up a new tone via an eerie, Cocteau Twins slap back on the vocal. The final, explosive song sees her fingers like spiders legs dancing over the strings alongside that thudding bass and only just keeping up with the relentless energy of the drummer.

Squid, of course, are the perfect climax. Insatiable, fun and fearless. Aware enough and intelligent enough and self-reflective enough without being unreachable as we watch our drummer-come-lead-singer projected upon a white screen at the back of the stage. He now exists as a delayed reaction to himself, such as Squid’s sound and instrumentation often is. Their music is the rejection of the conventional, yet without any exclusivity or hierarchy, and the audience is always invited and involved, because there’s openness to the music and its ever-changing rhythms and melodies – tripping into an accidental birth. It’s this continual revolving that is typical in a Squid set, and each song a delightful, violent gunshot from this loaded, revolving barrel.

While there is a narrative arch in the set, it doesn’t feel linear, as each musician and instrument is dependent upon each other in a much more innate way than most bands. They are involved in a constant, unfolding discourse, such as we hear in The Cleaner, with two subjects angling the same narrative – different voices give different versions as drummer Ollie and guitarist Louis playfully fight for the lead. And then of course comes crowd favourite House Plants, with its rotational bass line constantly feeling one step ahead. Off-beats like ad-hoc punctuation conjure up a feeling of uncut, chopped-up melodic sentences, fitting for the millennial nervous breakdown it represents. Squid make intelligent, upbeat music brimming with humour that isn’t malicious or sardonic and most importantly, is genuinely emotive.

Our DJ’s for the evening, our mood-setters and soothsayers, are Glows (Marco Pini) and Savage Gary (Dan Carey). Despite the baby face, Glows sets an effortless cool, holding back and giving way expertly with some light dub-infused sounds. Savage Gary, playing later, hits on the harder stuff. Using a modular synth of his own construction, Savage Gazza gives a drizzling of deep beats and techno like some kind of mad scientist, fingers twisting and turning around the erupting cables.

The greatest thing to take away from this night is a genuinely emotional feeling of community and joy through excellent music. Sing-a-long moments, laughter and very few mobile phones. A night to remember, which held its own energy from start to finish, and is reflective of the real musical subcultures and intelligent sounds and musings that our city still has to offer. London’s still got it.