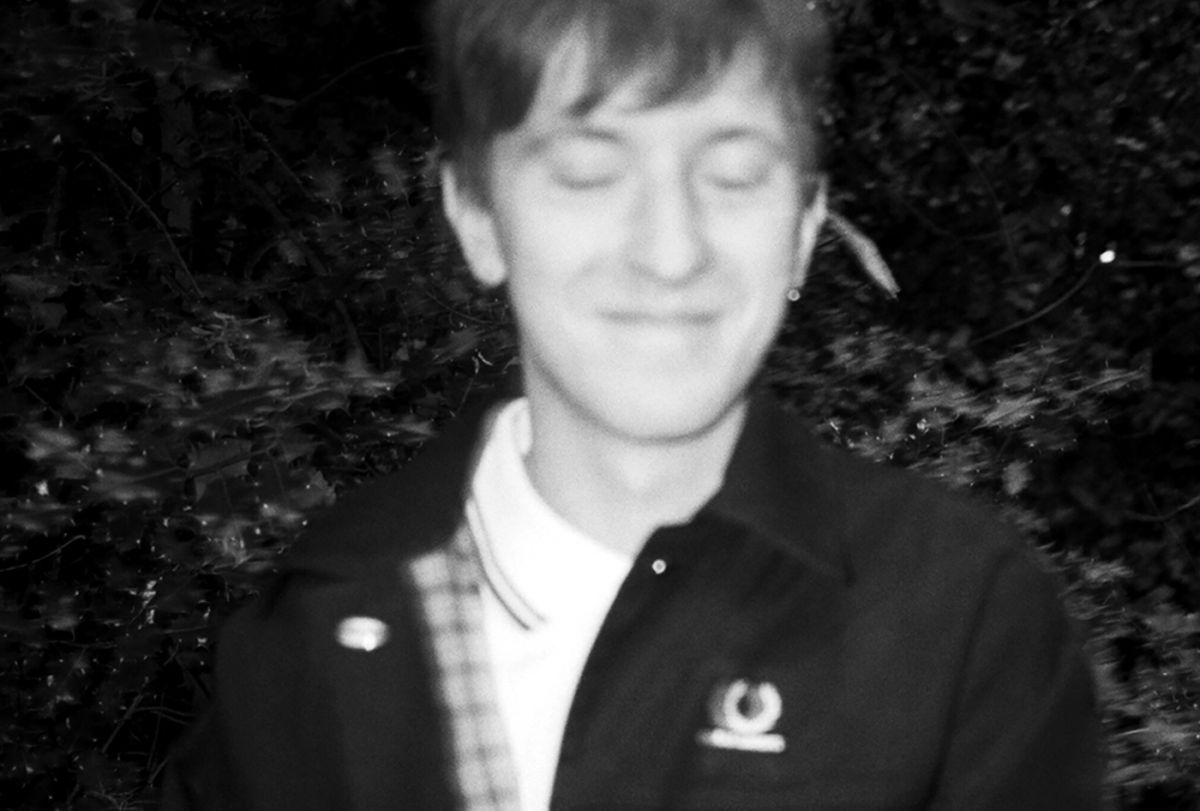 This is Departures – five creatives on the journeys that shaped them. We collaborated with CRACK MAGAZINE to create a zine and online series featuring the stories with exclusive photography by Charlotte Patmore.

Danny Nedelko’s move to the UK was so successful that Bristol punks IDLES wrote a song about it – a pro-immigration anthem. Here, the Heavy Lungs frontman shares his story of moving from Ukraine aged 15.

It was a complete culture shock moving from Kiev to Bournemouth at the age of 15. I’d just established my proper friendship circle, and then was put through this crazy adjustment and had to start all over again.

In Bournemouth, the roads were different and the houses seemed smaller. It was all tower blocks back home. There weren’t many places for us to hang out other than the playgrounds. Obviously we had the underground in Kiev, but I remember taking the train to school and it feeling like a very English moment: running for it in the morning, riding four stops to a place I’d dread going to, even if there were a lot of good times I had there. Thankfully, I’d been learning how to speak English from the age of seven, so I guess knowing the language meant I could understand the humour and the jokes of my schoolmates, but I was watching things like Friends and English-language films to catch up when I arrived.

When I was in Kiev, I was almost too young to be digging into cool bands, so my taste in music back then was ridiculous. At the time, our group was just listening to gangsta rap and Fall Out Boy. As I slowly started to hang out more with my stepdad (my mum moved to England because she met him), he showed me bands like Echo and the Bunnymen. I guess I was still at an age at which I was too young to appreciate them.

After school, I made the move to Bristol, where my stepdad said I should go to university. I decided at the end of second year that I wanted to be in a band, but I couldn’t play anything. Honestly, I’d just seen Scott Pilgrim vs the World and had decided that bass seemed like a cool instrument. I only learned it so I could start a band.

At that point, I started getting exposed to all of the great guitar groups I missed out on during my childhood. Nirvana and Oasis? I was discovering them at 20, and I realised that LCD Soundsystem were the greatest band ever about a year after they’d broken up! Five years ago, I genuinely thought I’d never see them live. Coming from Kiev, I guess it created a different kind of appreciation for them from me, because I had to catch up with everybody else.

That moment of finally feeling like I belonged in Bristol came when I graduated four years ago. It came about when I started working at a pub there called The Golden Lion. After most of my friends had left the city, my friend Rosie introduced me to the scene that I’d missed out on before. We worked and lived together, and this all started because Adam Devonshire, the bassist of IDLES, was my boss at the time. The friends I met then slowly helped me realise that this city was becoming a home.

I haven’t been back to Ukraine since; I feel so far removed from it that I don’t miss it anymore – especially after I lost my Ukranian passport [during] the invasion in 2014. I would have had to serve [in the Ukrainian military], so I applied for my UK citizenship just in case.

It’s almost like going home would be new to me, and I haven’t been there for a decade, so I’d feel like I’ve done a real 180. But because of all the people that I’ve met, and all the experiences I’ve had in this city, I realise that Bristol is my home now. I’m grateful for that change – the same one I was once so sad about.