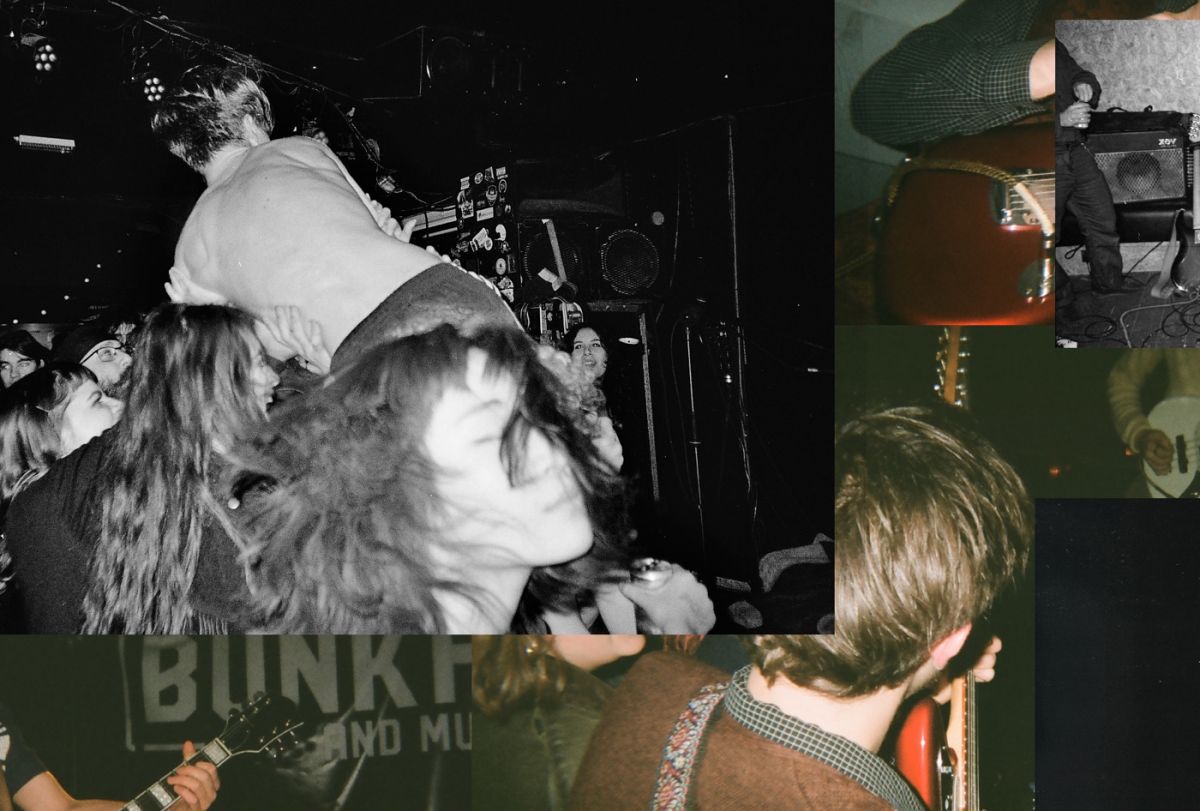 As we wave goodbye to Independent Venue Week and seven raucous days of live music, we finally have a reason to feel optimistic about the future of grassroots music venues.

From Nadine Shah at Newcastle’s The Cluny, to Warmduscher at The Horn in St Albans, Independent Venue Week 2020 was a true celebration of music, shining a spotlight on our vital grassroots venues and the people behind them. 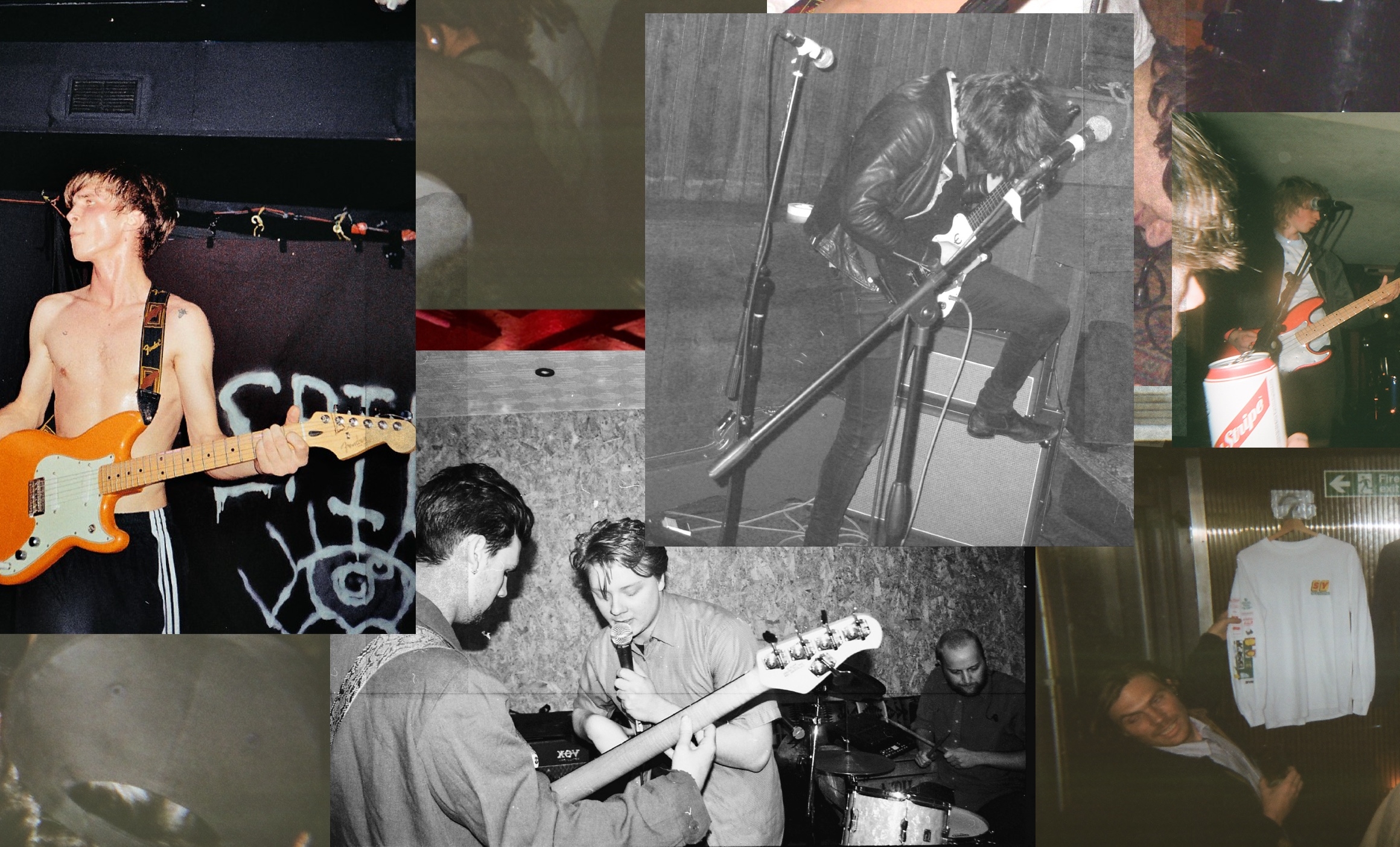 The week coincided with a very important announcement from Westminster Council and a venue very close to our hearts: The 100 Club on London’s Oxford Street has been given special status, meaning it will soon be exempt from business rates. The iconic venue, which has been around since the ‘40s when it opened as a jazz club, has seen the likes of The Sex Pistols, Oasis, Paul McCartney and Amy Winehouse stand on its stage. Steeped in history, photographs spanning 80 years of music cover its iconic red walls. After battling with high business rates, the club has been fighting for survival for years, so this status comes as a huge relief to owner Jeff Horton.

But it’s not just good news for The 100 Club. Last week the government announced that business rates will be reduced for hundreds of small and medium-sized independent venues across England and Wales. Long live the independent venue…

“Local and independent venues gave me and every other friend I have in music their start, without them we’d all be wandering around aimlessly, relegated to the idea that maybe playing Wonderwall down a couple of keys for a couple of pennies on the corner of Queen Street is the only way to make it in the music industry.” 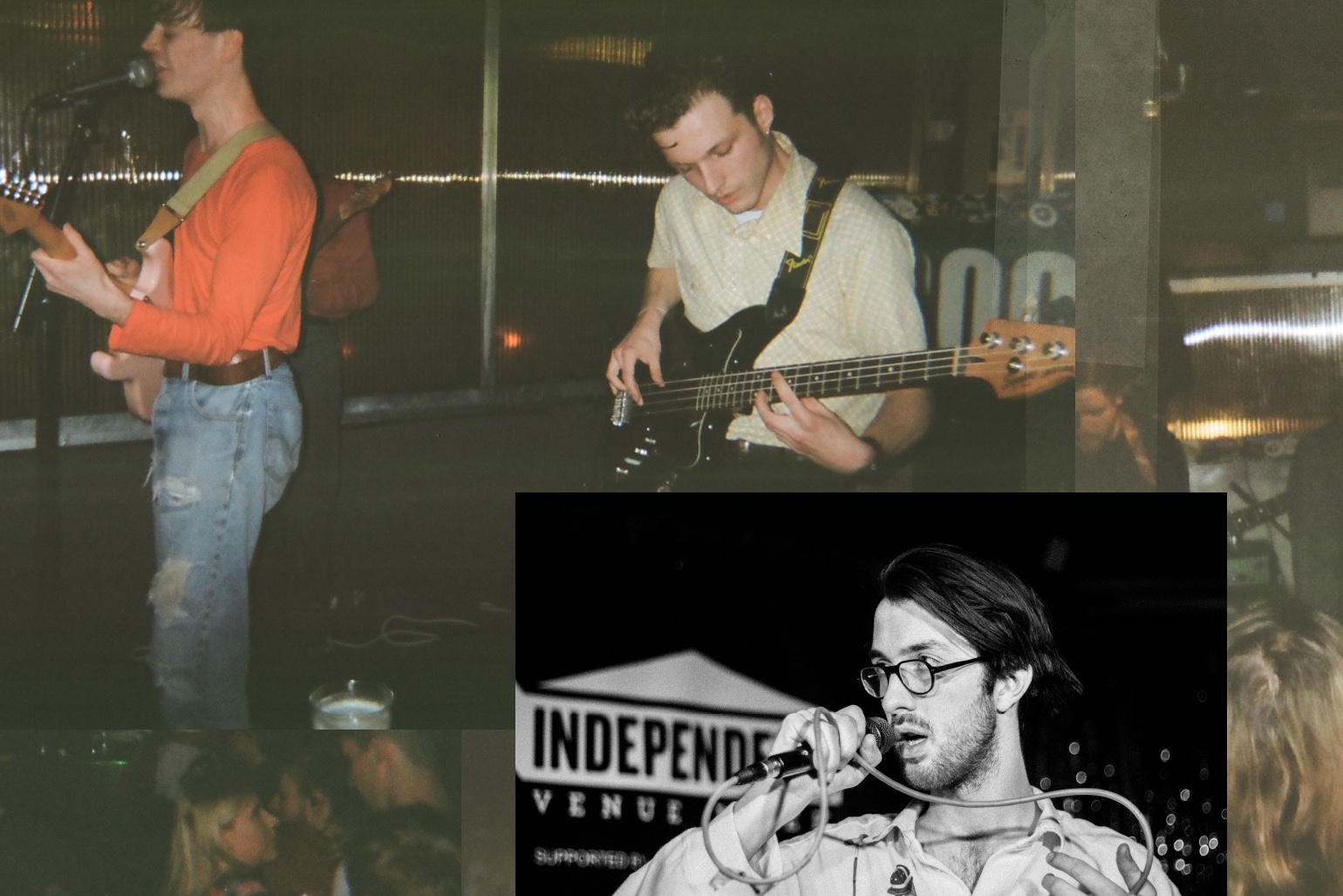 This year, we asked you to join in with IVW’s celebrations by sending in your reviews and photos from the week. Here are a few of our favourites…

Ushering in the first day of Independent Venue Week at the Windmill, regulars Jerskin Fendrix and Black Country, New Road brought their sonic assault on the senses to the renowned Brixton pub. As a sublime opener, equipped only with a MacBook and his ferocious wit, Fendrix rattled through a set of searing experimental pop. Teasing the audience with suggestions of an incoming album, Fendrix played the SoundCloud released track ‘Swamp’, ‘A Star Is Born’ and his official debut single ‘Black Hair’. With a set underpinned by countless pop-culture references, Fendrix was the perfect support for the post-ironic Cambridge group, Black Country, New Road.

The tone was set for the genre-bending sonic experience of a BCNR gig with a klezmer-infused instrumental track, commanded by the hypnotic beats of Charlie Wayne’s drums. The Speedy Wunderground exports may only have two currently released songs in the form of ‘Sunglasses’ and ‘Athen’s France’, but their hour-long set is as mighty as any other band around. The meticulous complexity of the seven-piece’s live sound can be seen through saxophonist Lewis Evans’ subtle, yet frantic signals, conducting the band through each and every segment of their set. The evening was brought to a momentous close with the well-recognised, yet unreleased ode to Charli XCX; ‘Wet Sheets.’ Gaining notoriety through lead vocalist Isaac Wood’s hyperreal lyricism, the track’s pop-culture references are in perfect balance with the rousing and ethereal arrangements of the band, so lovingly cultivated by the Windmill’s experimental platform. 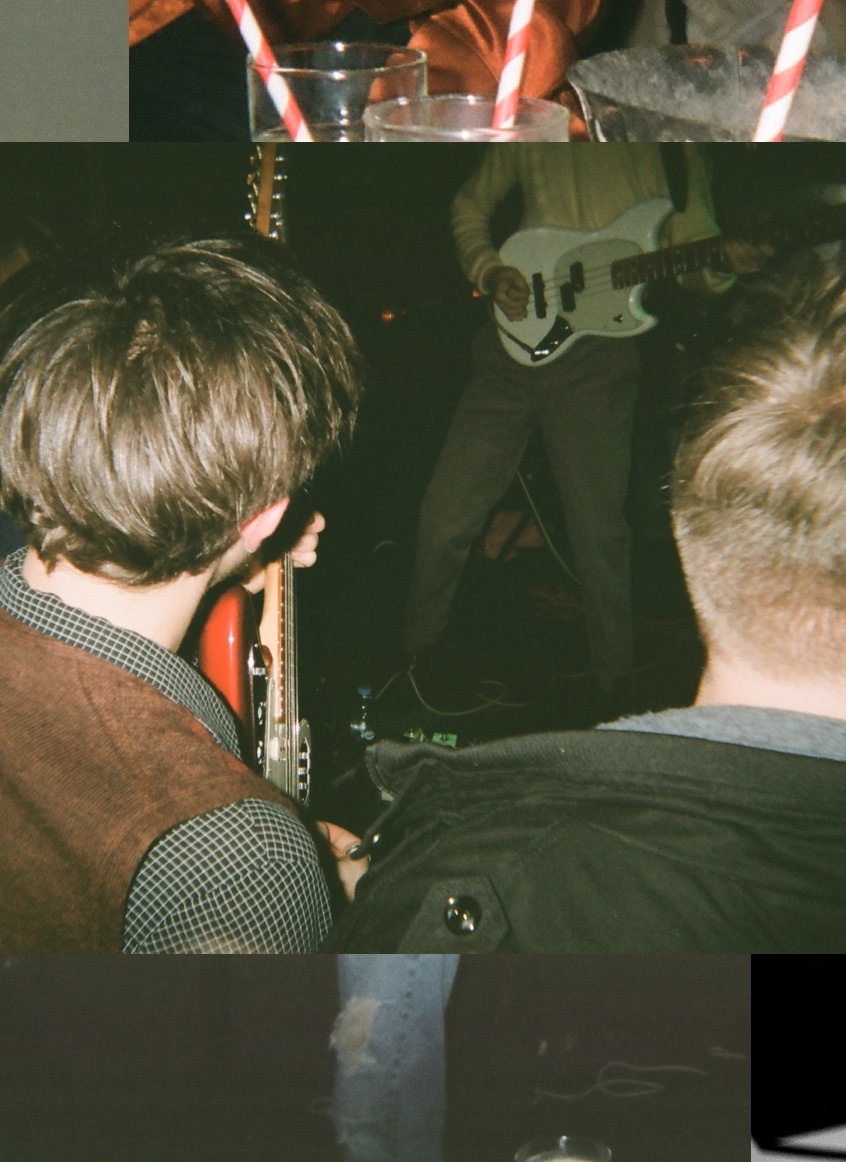 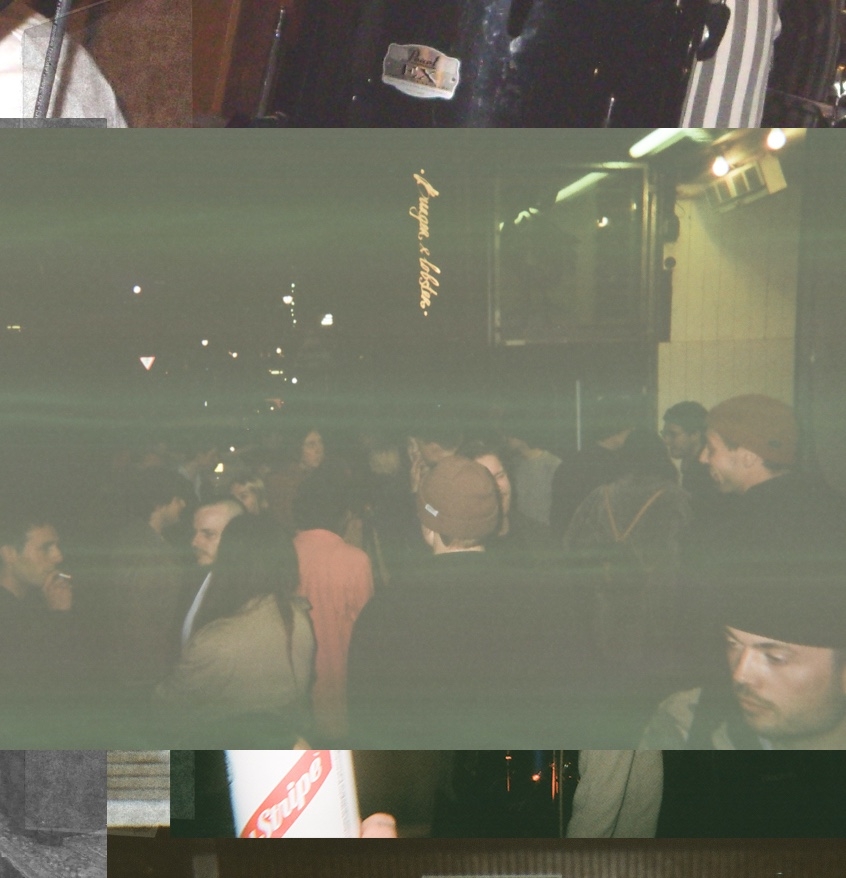 At the beginning of Independent Venue Week, music/art magazine So Young put on a gig at The Social in central London to mark the launch of their exhibition showcasing the best artwork from its pages over the last 12 months.

Legss, a four-piece that BBC Radio 1 DJ Huw Stephens has made one of his bands to watch in 2020, effectively combined a post-punk sound with brief poetic monologues between tracks. And, despite there being a small hiccup when one of the guitarist’s strings broke, this went down well with the audience, who were glad to see some proper punk spirit. Providing a juxtaposition to this were Hampshire trio Drug Store Romeos, an outfit which must have decided that a less animated, more intimate stage presence was a better way of getting their dreamy pop sound and soft, delicate vocals across to the crowd, which paid off well, as once the set had been completed, there was an enthusiastic round of cheers and applause.

Rounding the evening off were Do Nothing, a collective that have now pretty much established themselves on the British underground music scene with an infectious fusion of post-punk, art-rock, and new wave, coupled with lyrics packed full of humour and razor-sharp wit, and a growing reputation for unpredictable live sets. Whatever was going to happen certainly wouldn’t be disappointing. Over the course of the set, I couldn’t help but notice that more and more members of the crowd were bopping along energetically to the music, as well as singing along to the lyrics, and this kept building up until the final number, when the audience truly let rip, forming a moshpit just in front of the stage, leaving any reservations behind them. On this evidence, then, Do Nothing will surely be making the mainstream breakthrough they so richly deserve at some point in the near future. 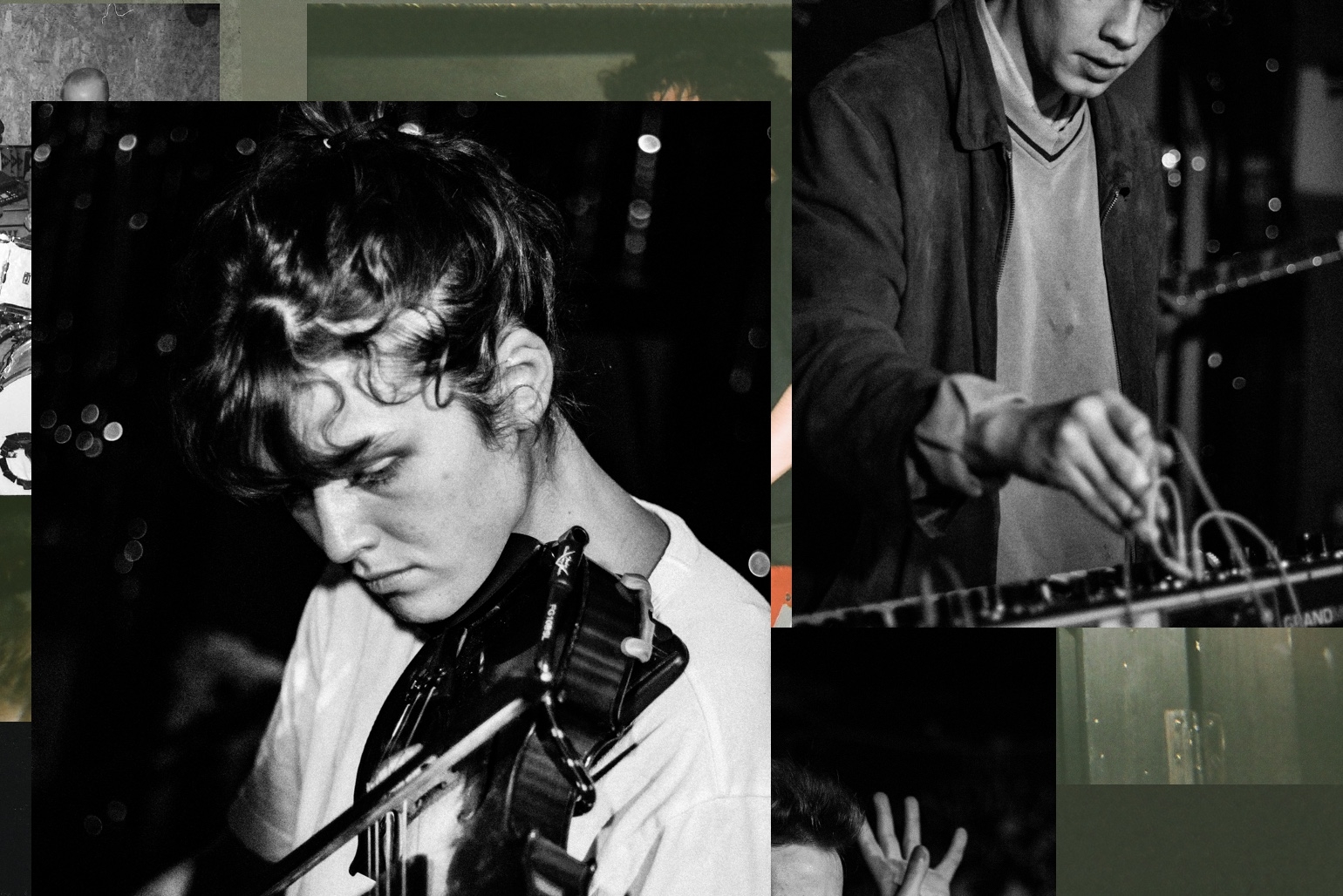 Alfie Templeman, the seventeen-year-old rising star, could barely wipe the grin off his face as he headlined the BBC Introducing showcase for Independent Venue Week at The Horn. Who can blame him, with three EPs already under his belt, a signing to Chess Club records and a recent support slot with label mates Sundara Karma, he has every right to beam from ear to ear.

Tonight may be another cold winter evening, but the Bedfordshire-born singer brings his sunshine slacker indie pop to St Albans to warm up people’s hearts. Opening with ‘Who I Am,’ from his latest EP ‘Don’t Go Wasting Time,’ the front row immediately starts bopping. Other tracks from the EP are dropped throughout the set including disco track ‘Circles,’ which Templeman was keen to make clear does not sound like The Bee Gees. A stand out track from the night was the unreleased ‘Wait I Lied,’ where Alfie and his band deliver a tight performance that gets the packed out venue grooving from front to back. Finally, the night closes with ‘Like an Animal’ from Alfie’s debut EP, delivering the final joyous blow that leaves the audience wanting more. 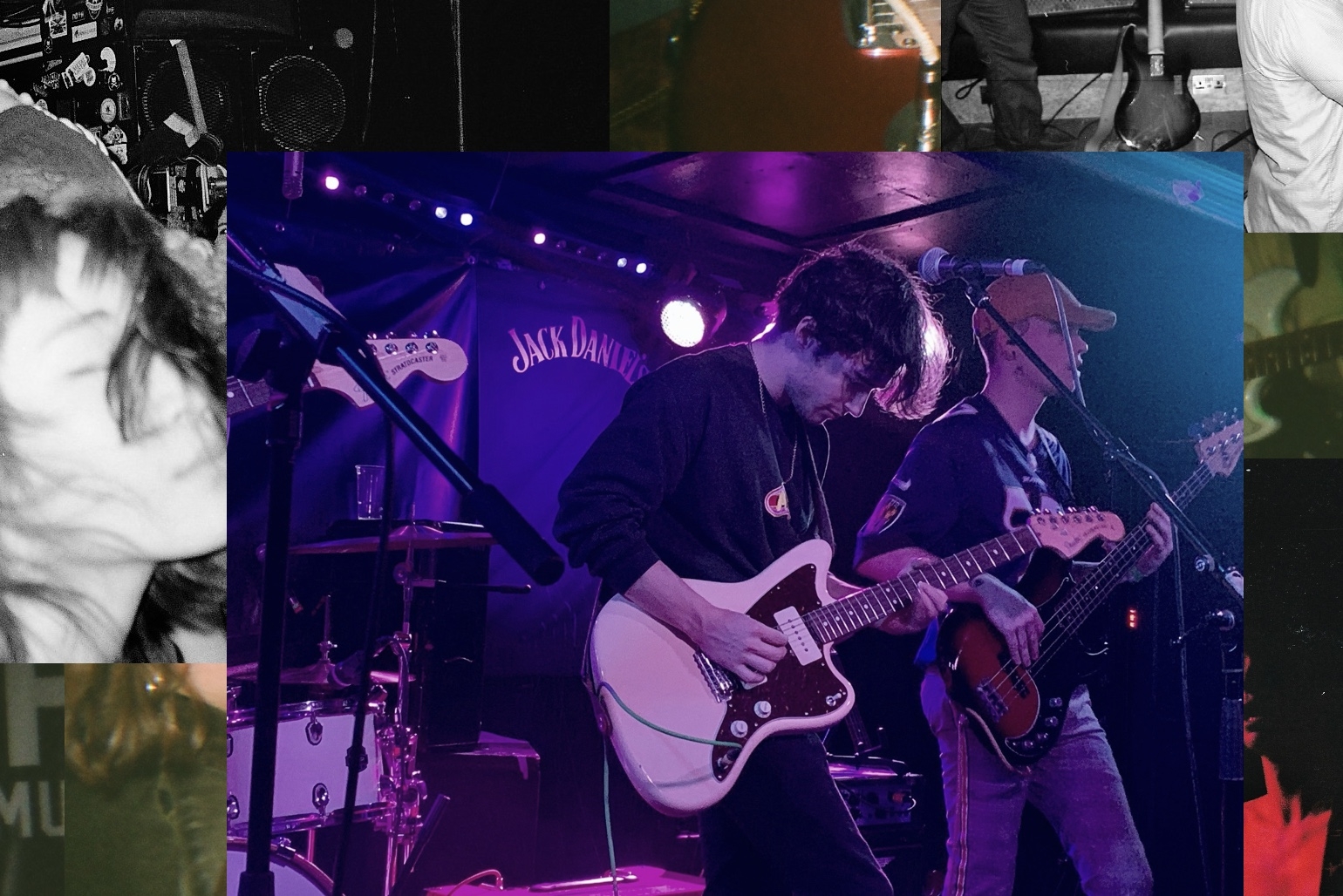 Having changed 50% of their line-up it was only natural that The Keepers’ sound would evolve. Now more expansive and taking in a wider range of influences, they’ve outgrown their retro roots for something more forward facing. They hit the ground running and by second track ‘Here Comes Spring’ they’re firmly in the swing of things. Vocalist Jordan is every inch the star, especially when mid-set he puts his guitar down to indulge in some crazy dancing before forthcoming single ‘Champaign Cocaine’ caps an impressive set.

Naked Next Door have a sound that seems tailor made for the biggest stages and tonight, as they deliver indie banger after indie banger, you can almost envisage 10,000 voices singing along. Four distinct personalities operate in unison, with ‘Not Much of Me’ and lead single ‘Save It’ being particularly poignant.

My only previous exposure to tonight’s headliners King Purple was an intimate acoustic show. Now electrified they become a whole different beast, a smorgasbord of styles ranging from psychedelia to grunge and it’s to the band’s credit that they bring these disparate influences together in a cohesive whole. It’s an interesting set that constantly shape shifts as ‘Trembling’ is an angular, punchy affair; ‘Wasting Away’ is a monolithic slab of rock while the following ‘Twisted World’ has a lazy summer’s day vibe. The set is briefly interrupted as the band are awarded a trophy by those groovy guys at New Boots magazine before their set-closer, ‘Sleep to Dream’, a track that builds towards something huge and ensures a cataclysmic ending. 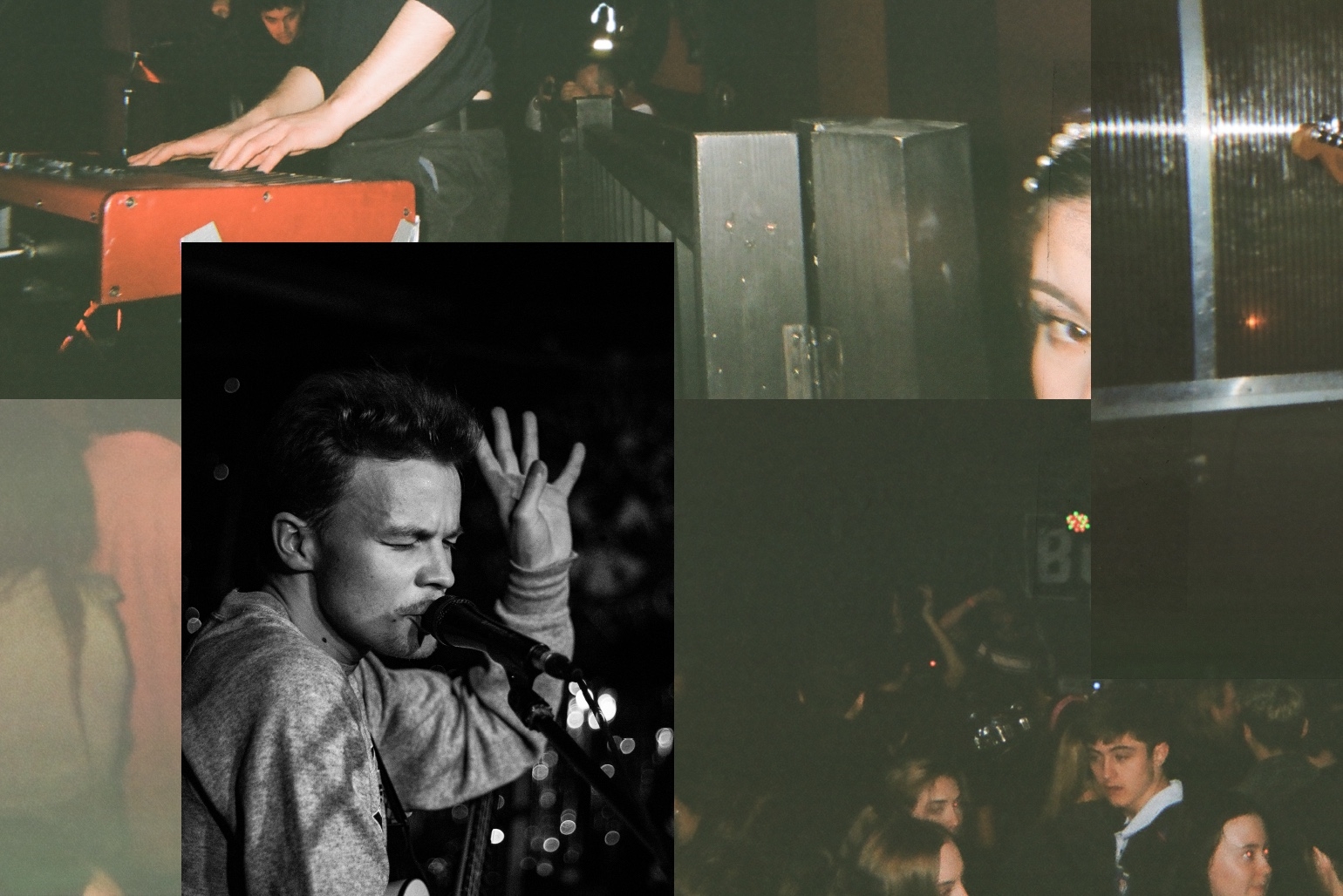 Lancaster’s Kanteena celebrated Independent Venue Week with a night dedicated to all things psychedelic. Curated by local collective Lune Attack the event and atmosphere inside the packed out repurposed warehouse encapsulated all that is vital about DIY spirit and independent venues.

Dream English Kid intoxicated the crowd with delicate elegance. Live, their roll necks, bobs and sugar sweet melodies countered by an ethereal melancholy evoke the spirit of a young Francois Hardy; if she’d grown up in Preston listening to The Cocteau Twins and Felt.

Purple Heart Parade meanwhile unleashed a celestial storm inside Kanteena. A sprawling sea of feedback and cascading guitar lines poured from the stage as shades of early Verve and Ride permeated the ebb and flow of a both ferocious and fragile set. 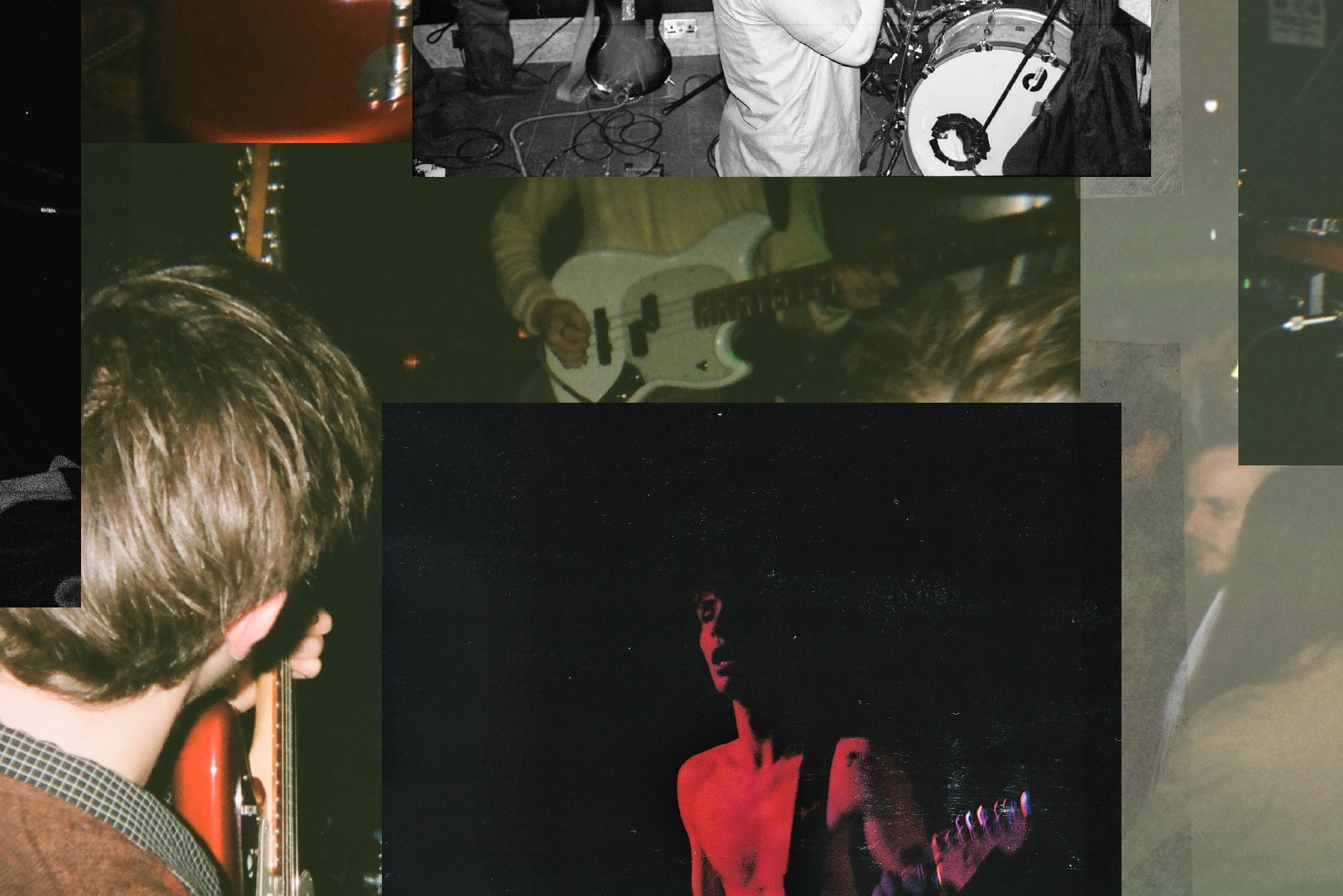 Brotherly duo The Temple Street Resistance climbed the paisley stage with a well-worn, but at the moment unassuming acoustic guitar in tow. With no time to mess around. the Ireson brothers catapulted walls of sound with country slide guitar licks, encircling punky snares creating a ferocious, almost thrashy sound. It was as if Rage Against the Machine and Seasick Steve joined forces to create an unstoppable supergroup. Along with leading singles ‘Wooden Bones’ and ‘Fugazi T Shirt’, The Temple Street Resistance debuted new tracks ‘I Got To Tolerate’ and ‘Twisted Heart’ exclusive to The Night Owl, enticing listeners with their fiery, bourbon soaked hits. The perfect fuel to the fire that was the main event: 45s.

Most cover bands stick to the wire, they keep to the four chord formula they know to satiate an expecting crowd. It’s only Bristol’s 45s that completely rip up the song sheets and set them alight. With the pleasantries out the way (including the “we don’t take covers or requests” quip), things got gritty. ‘Boots Are Made For Walking’ was treated to a savage twist along with ‘Heard it Through the Grapevine’ and ‘Miserlou.’ Even the fab four weren’t safe from a blazing reprise as drummer Des made sure those stomp along beats in Come Together’s chorus weren’t feeling left out. A slick and surprising cover of Nirvana’s 90s hit ‘Breed’ sent 45s into a frenzy, bassist Rob throwing himself into the crowd whilst Des and Bob left no holds barred, managing to blend grunge with its older, 1960s cousin garage effortlessly.