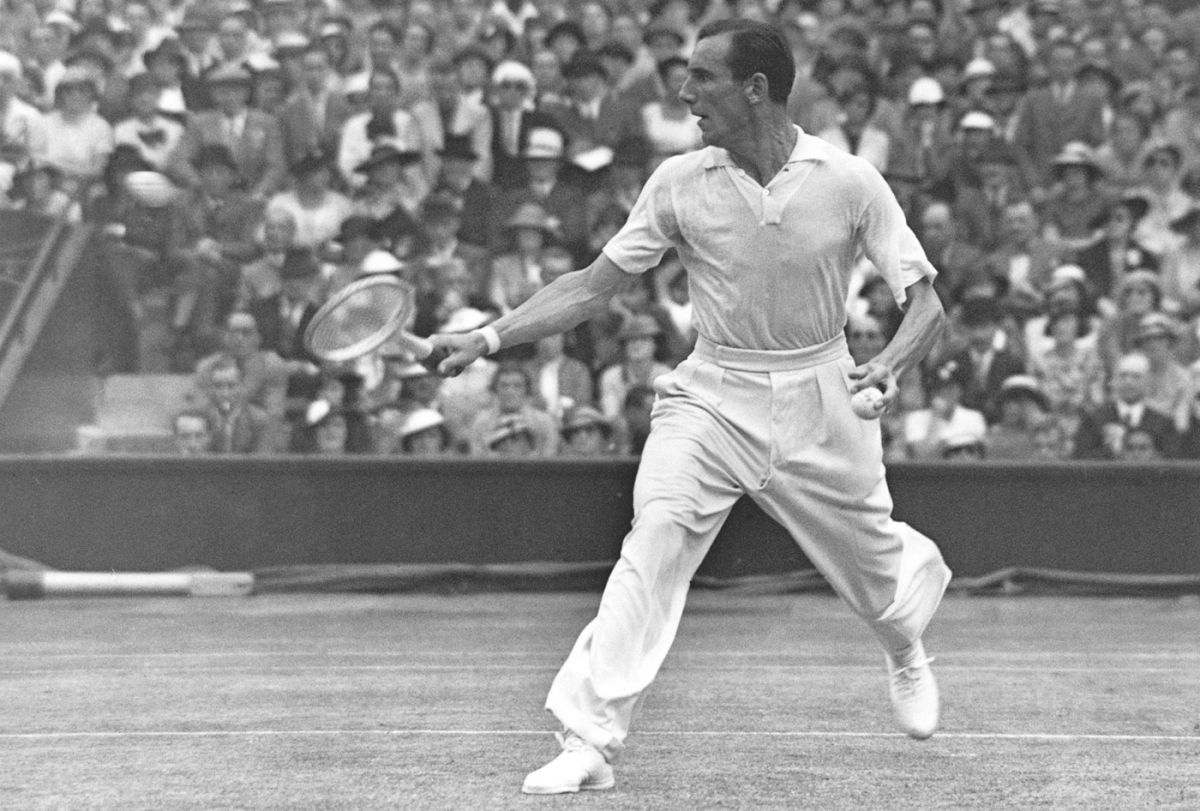 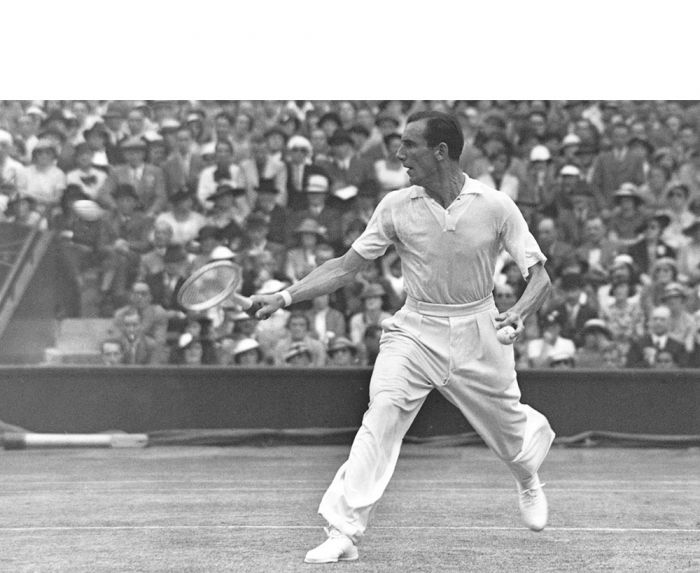 “Being a realistic man, I have never worried about admitting that my name is better known worldwide, not for winning Wimbledon three times, but because of Fred Perry shirts and sportswear.” Fred Perry, 1984.

Despite his reign as the only British tennis player to ever win a Career Grand Slam, the Fred Perry name is perhaps more synonymous with his clothing label. What a lot of people don’t know is that Fred’s first foray into tennis gear wasn’t the piqué shirt we’re all so familiar with, it was the humble sweatband.

Back in the late 1940s – over a decade after Fred had become a triple-Wimbledon champion – he was approached by fellow sports-player and future business partner, Tibby Wegner.

Tibby had a business meeting in a South-London restaurant, pitching an idea for a new tennis product. The product, which was just a prototype at this stage, was designed to help mop the brows of tennis players during play. The large towelling strap he’d invented was the first of its kind and was instantly met with high-praise from the sports-players at the table.

But Fred, who happened to be eating at the restaurant at the time, was not impressed. The best-dressed man in tennis simply couldn’t get behind something that – in Fred’s words - ‘looked like a bath towel and weighed a ton.’ Taking the basics of Wegner’s idea, Fred leant on his tennis expertise, recalling his Wimbledon days when he played with a piece of gauze wrapped around his wrist, preventing the sweat from dripping down and loosening his grip. We can’t say that it was entirely down to Fred’s DIY sweatband that he won Wimbledon three years in a row, but it certainly helped.

With Wegner’s background in textiles and Fred’s unrivalled tennis experience, the pair went back to the drawing board to develop something together. A few months later, they went to pick up their new prototype from a manufacturer in Leicester. This one was the lightweight, pliable sweatband we all know today. The new business partners put in a healthy order and began sending them out as gifts. Soon they were worn by the best tennis players around the world.

And so, Fred Perry – the sportswear brand as we know it today – was born, and after the success of the sweatband, Fred branched out into sportswear. His ethos of functional, stylish product always at the forefront.

What started as a practical tennis accessory launched an instantly recognisable and enduring British brand; his 1952 tennis shirts now at the heart of it. Synonymous with the British subcultural uniform, what inspired Fred went on to inspire a generation of tennis players, rebels, musicians, film-makers and full-circle back to sports-players. It was only fitting that the sweatband followed suit. Tracing the legacy of the brand, the simple tennis accessory was also adopted into the subcultural uniform, from the wrists of sports-stars to those of guitar-players, drummers and bassists. Function still very much at its core.

Most notably worn by Joe Strummer, who it was subsequently named after, the ‘strum-guard’ became a rite of passage for many musicians; a symbol of commitment and perseverance. Like Fred, Strummer’s version was a DIY job – usually a bandana – and always secured with duct tape. Not only did it protect his hand from frantic sets on his Fender Telecaster, but it soon became part of his signature look.

Legendary musicians like James Hetfield and Paul Weller went on to wear their own versions of the sweatband, and over the years it’s been adopted by generations of sports-players, musicians and subcultures.

The sweatband is the start of the Fred Perry story. A symbol of achievement and passion; sacrifice and triumph. A sign of being absolutely dedicated.

For the Fred Perry Championship, exclusive sweatbands have been designed for all contestants. Each one signed off with the Fred Perry Laurel Wreath. Find out more about the championship here.