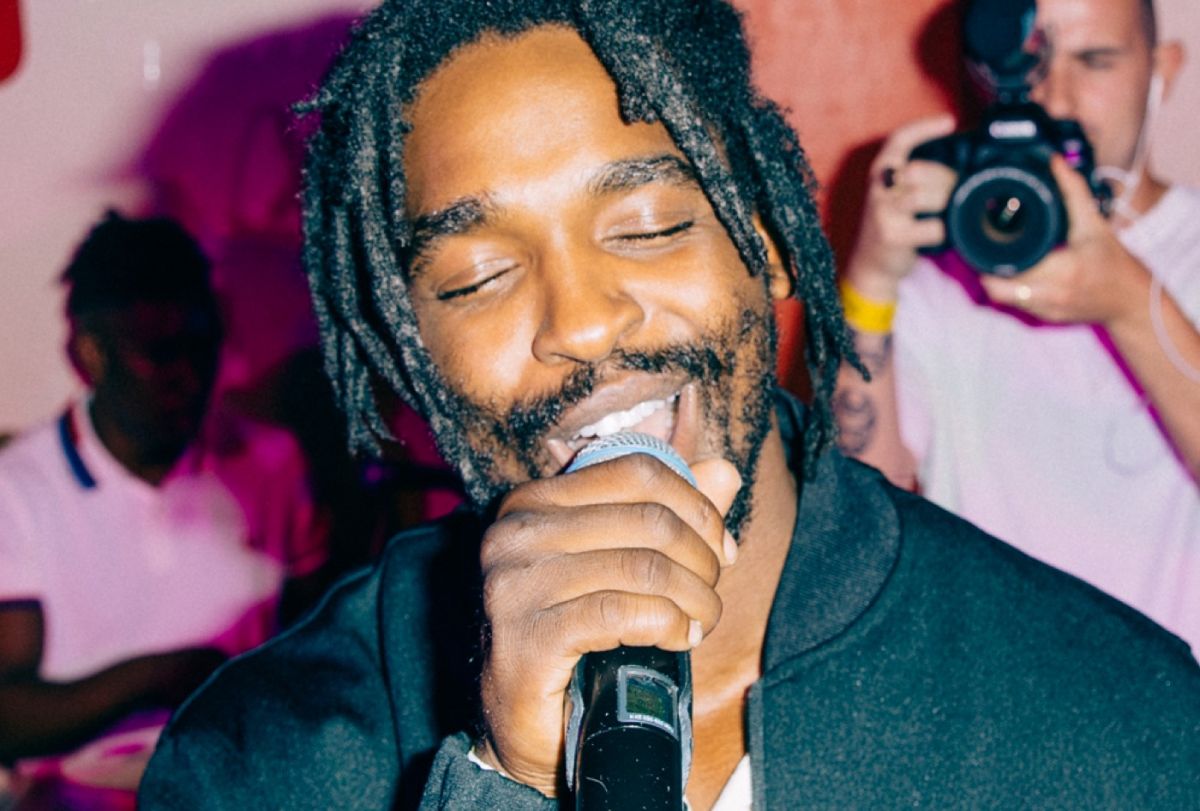 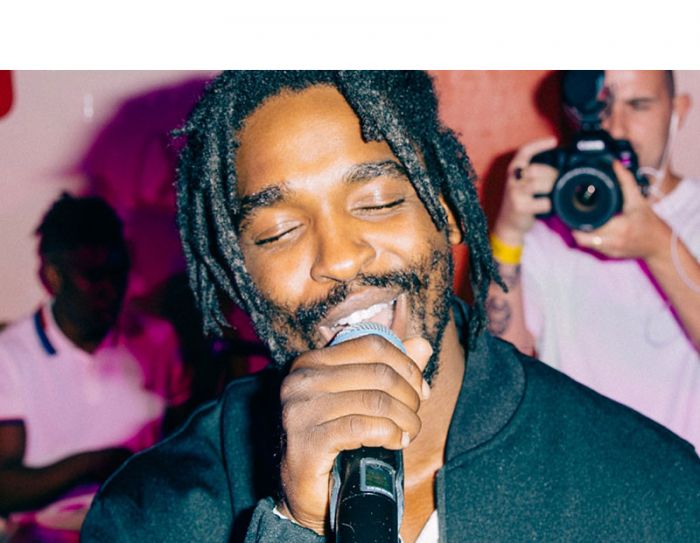 Friday night’s line-up for All Our Tomorrows hosts an intriguing array of guests plucked straight from the heart of youth culture. You could categorize most of the acts billed tonight as children of internet culture, which is apparent as genres and styles bleed into one another and reference points sizzle in a melting pot of influences. But what better way is there to take on the conflicted and perplexing times we find ourselves living through in 2019?

First to grace the historic 100 Club stage is rapper Nayana IZ, member of the West London collective NiNE8. Having only just begun striking out in a spotlight on her own, Nayana already wields an almighty control of the stage - her verses burst with dazzling wordplay as they’re lined up and knocked out in rapid-fire succession. There’s a contagious grit and grind behind her delivery which is sometimes broken to accommodate passages of pretty vocals - these two elements bind fantastically on ‘Pusha’ which holds the audience hostage to its moreish hook. As her set comes to a close, she orchestrates chants of “people in London get your hands up” in classic hip-hop style; rarely does an opener set such a high standard of performance. 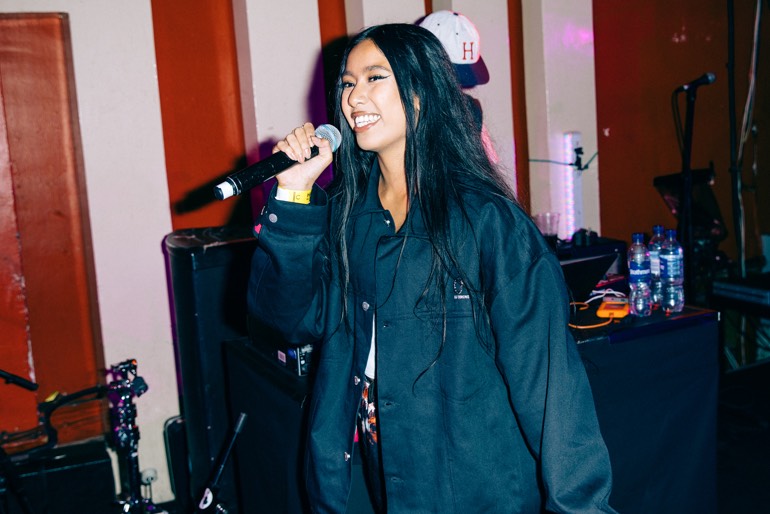 With the atmosphere of the venue already on the simmer, Master Peace steps up to drag it kicking and screaming to boiling point with his insanely catchy take on rap and R&B, which is also informed by his love of punk and surf rock. Whilst this stands up as a truly unique sonic imprint, its appeal seems instantly universal - it only takes one round of the choruses that light up ‘Goosebumps’, ‘FaceTime’ and ‘Big Trouble’ for the audience to become acquainted; they’re hurled back at him the second time they come around. The crowd are energized in the hands of Master Peace’s animated personality - his vocal is underlined by an unmistakable London twang which resonates tenfold against the topics he covers, like resisting the temptations of somebody who’s no good for you on ‘No Brainer’. 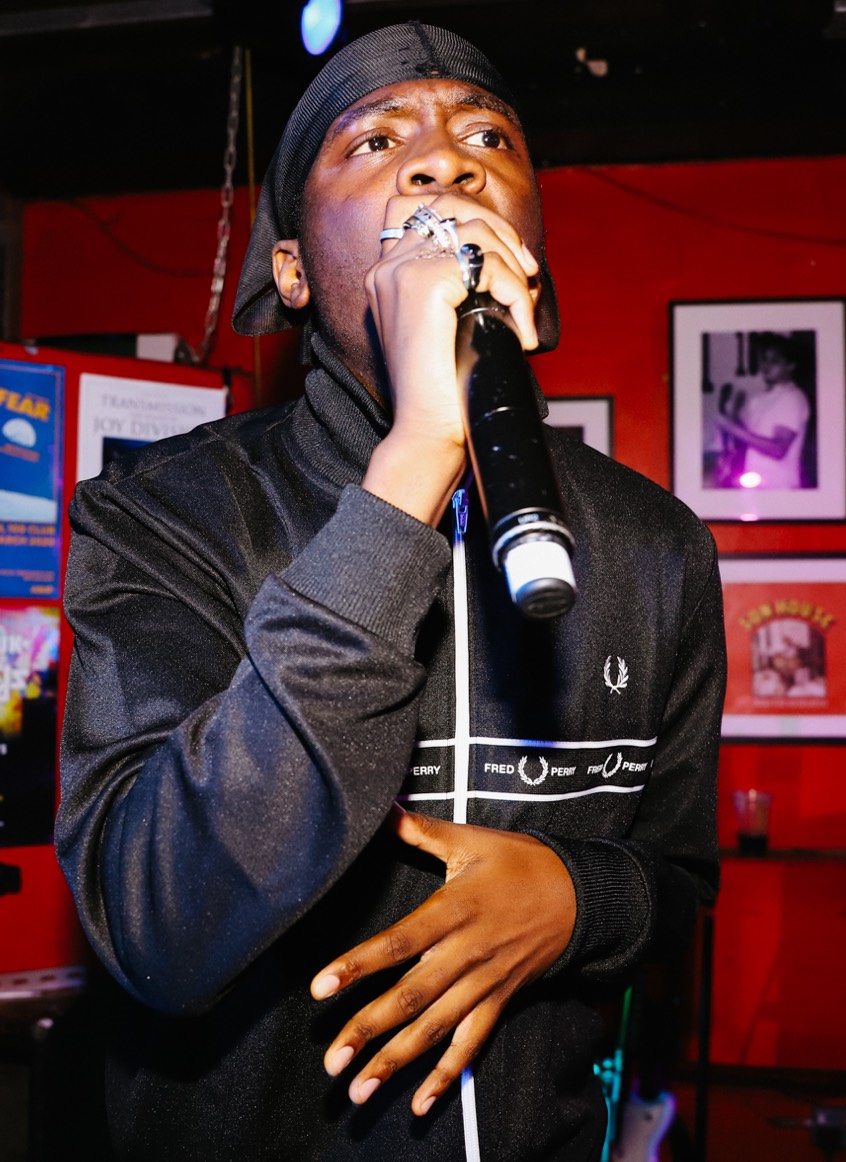 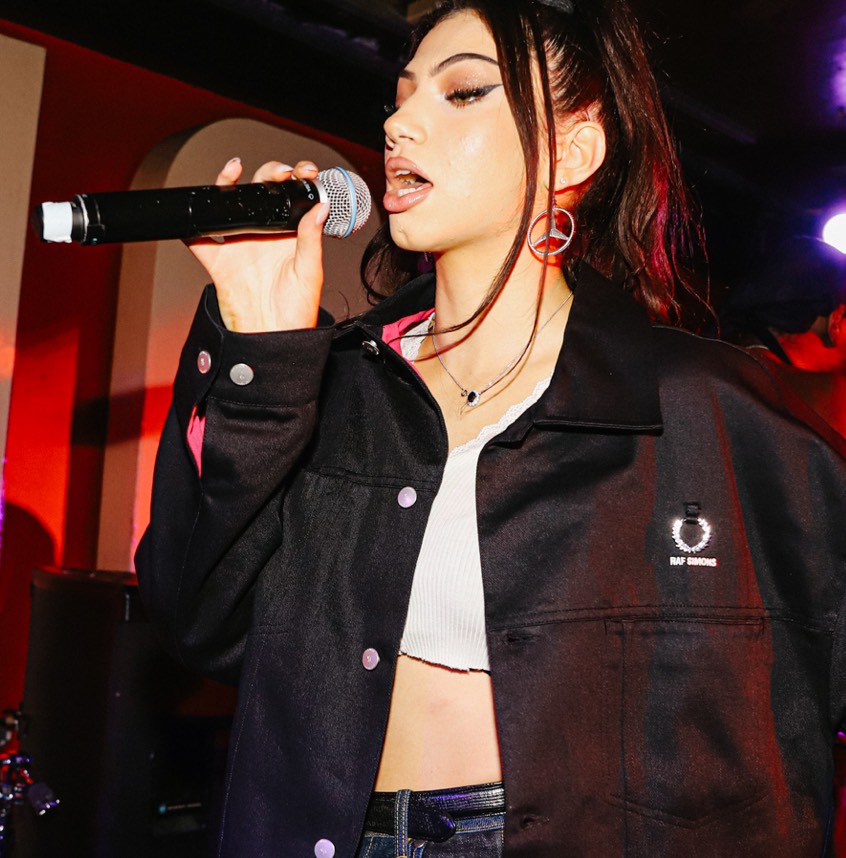 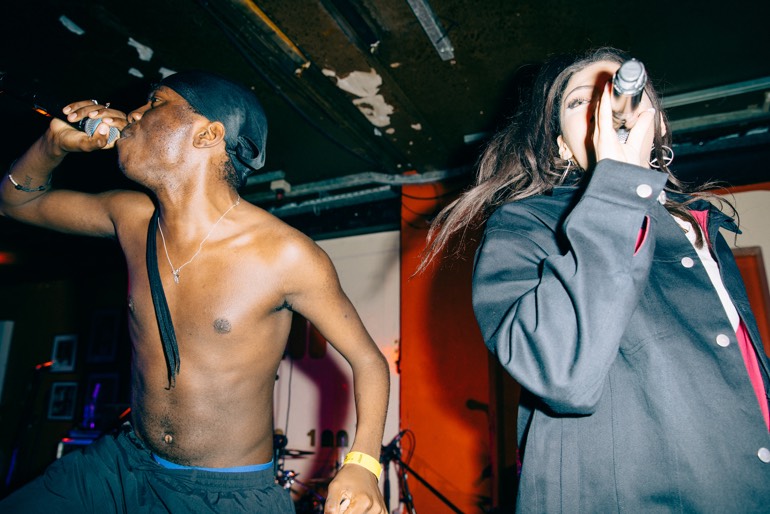 Manchester’s own Badgirl$ deliver a fittingly ramshackle set in the spirit of punk that lingers within the 100 Club’s walls. The trio’s sound is wrapped in a cornucopia of references - trap beats, driving bass, punk and a dash of guitar play that recalls the golden era of emo. Their vision aligns beautifully on ‘Click’; a moody number that finds members, Billi and Cooks, exchanging melancholic vocals over a spiraling riff spelled out by guitarist, Bubz. There’s a real sense of improvisation at play throughout as the group run between laptop and mic stand to change up the setlist - “no wait, I want to do this one,” Billi says as he sources another hard-hitting instrumental. Their set is a living, breathing force to be reckoned with. 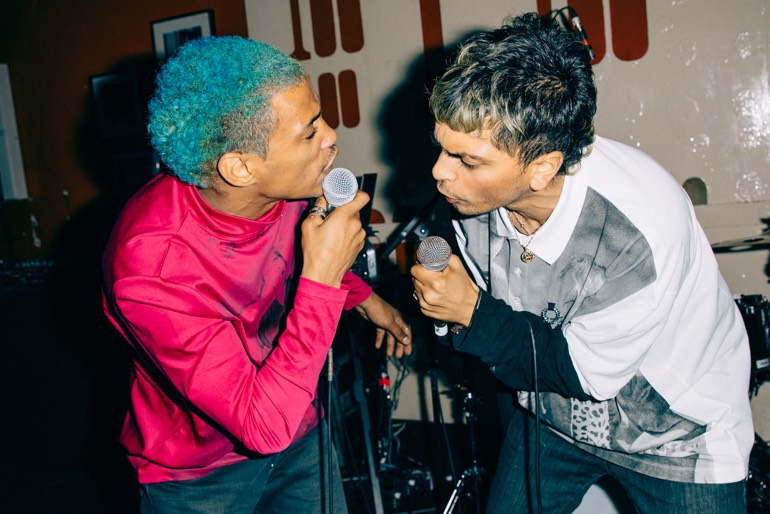 Arriving to a rapturous reception, tonight’s headliner Hak Baker steps over the rubble left behind from Badgirl$ with an acoustic guitar slung over his shoulders. Baker’s self-proclaimed ‘G-folk’ sees his stripped-back acoustic guitar and intimate vocals on record underpinned by a swell of dubby basslines and rimshots in the live setting. Although Baker has been on the scene for a while under different guises, the material he’s released since 2017 has charmed a legion of faithful followers who make themselves known tonight through their boisterously faithful singalongs. 'Growing up in East London,’ goes the chorus on ‘Conundrum’ between verses that paint a bittersweet portrait of carefree youth and the difficulties that face the city’s tougher areas.

Later, ‘Like It or Lump It’ holds down a groove and instrumental that demands to be danced to. “Let’s have it again,” Baker shouts as the song’s closing notes morph into an extended jam that creates pure pandemonium in the crowd. Circle pits swell and the audience spill on to the stage to join the choir of chants - the scene is pure celebration; you could imagine the 100 Club erupting in the same raucous fashion back in punk’s heyday. 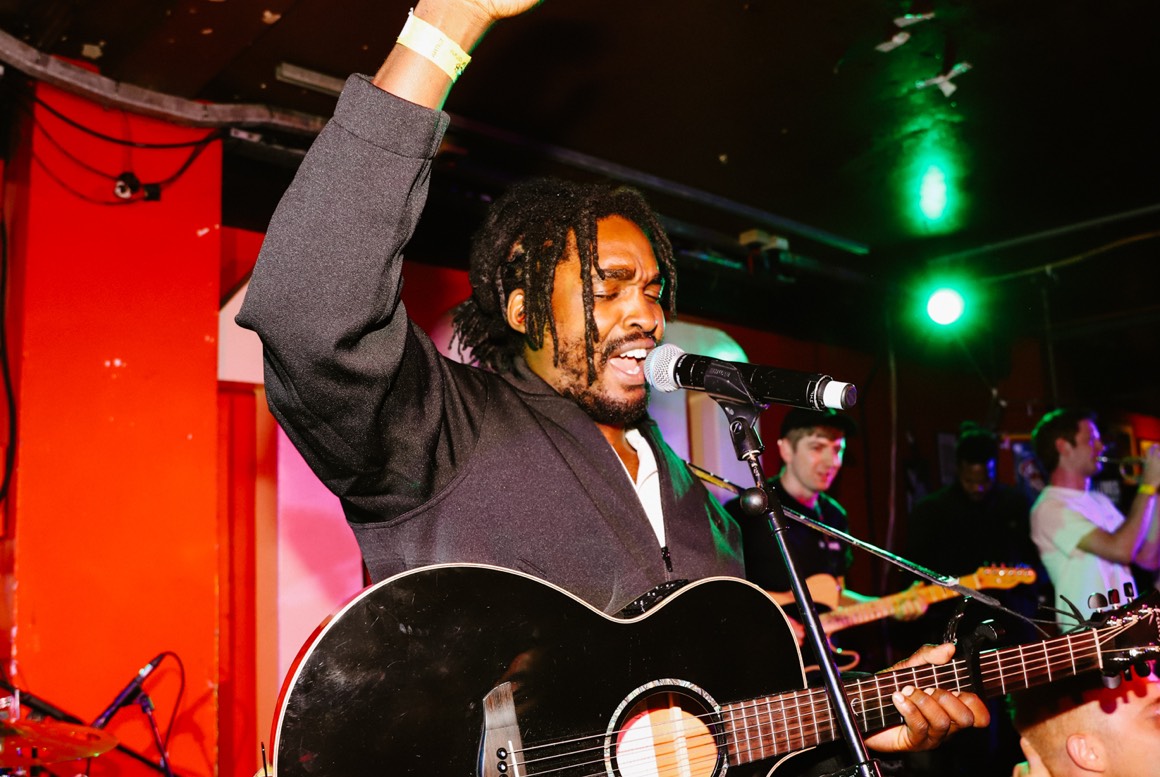 As the mound of emptied beer cups piles high across the venue’s floor, Emerald sets up shop behind the decks to see the night through to its close with an impeccable sonic tapestry of house, funk and garage. The beats round off an evening shimmering with promising new talent; nights like these affirm that our tomorrows are certainly in safe hands.