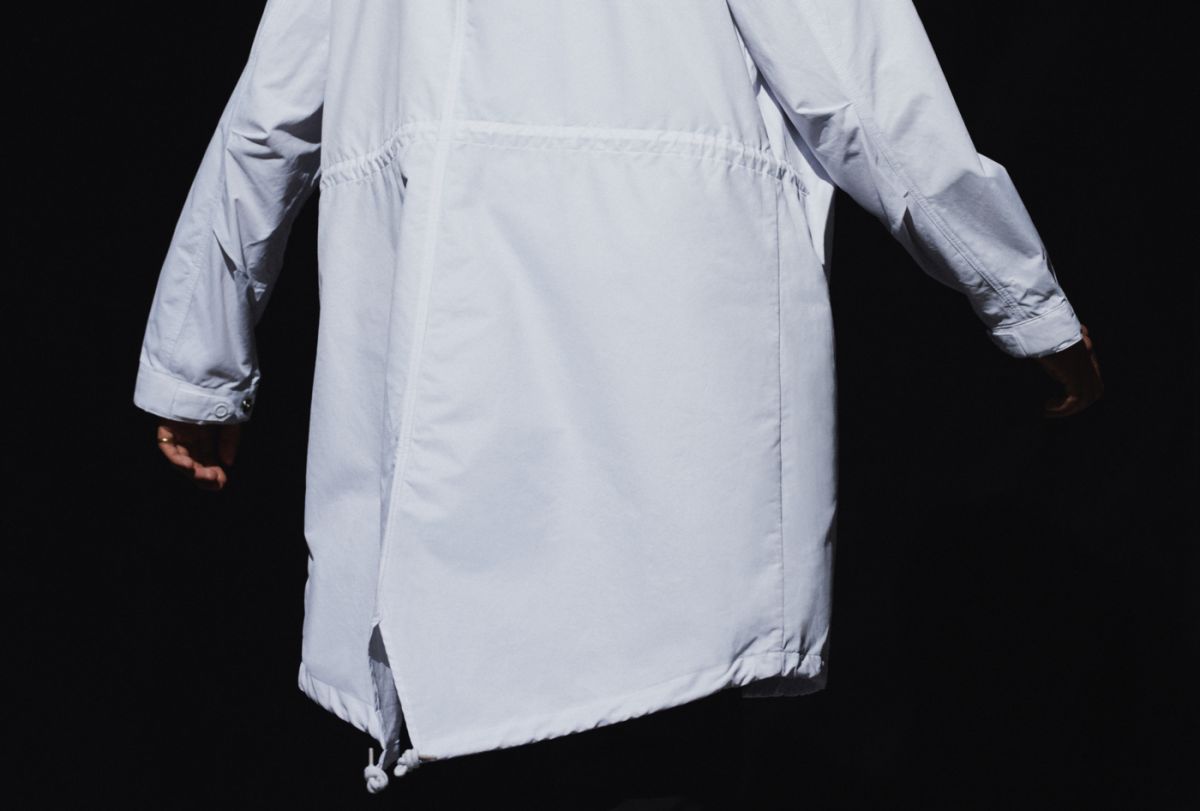 Paying homage to a classic, one too revered to really mess with, generally means a faithful reproduction and some modern touches. Not so the parka. Here, it reemerges instantly familiar, yet radically changed. Same subculture DNA, but whited out. A departure from the expected olive greens and navy. From the traditional twills. This is, and ain’t, your archetypal fishtail.

The message here is not about newfound purity or minimalism; it remains disruptive to the core. A complete stripping away and removal of colour challenges the status quo. Its subversive history includes ripping up the art world’s rules as far back as the 50s. Works like Robert Rauschenberg’s iconic ‘White Paintings’, their canvases covered entirely in white. And the silent 4’33 by sound artist John Cage, a performance with its notes removed, this time blanking out noise rather than colour. But the same mindset feels just as relevant on the sidelines of a Sunday league match, witnessing the revival of all-black football boots as a statement about the game’s obsession with flash colours, and style over substance. Where monochrome is again an outsider choice.

Its cross-cultural resonance, blurring the boundaries of high and low, reflects the democratic appeal of such a pared-back approach. A simple idea with deeper meaning. Showcasing the styling that makes the military parka so timeless by erasing any distractions, bringing the focus back to silhouette and details. It becomes universally accessible, and a symbol of purpose. Doing it in white means having nowhere to hide. Committed to defying the norm, like The Beatles at the height of their powers, breaking musical tradition with The White Album that rejected commercial artwork in favour of all-over colour. Or the plain zinc alloy of New Order’s Brotherhood. And even the sandpaper cover for 80s post-punk cornerstone, The Return of the Durutti Column. 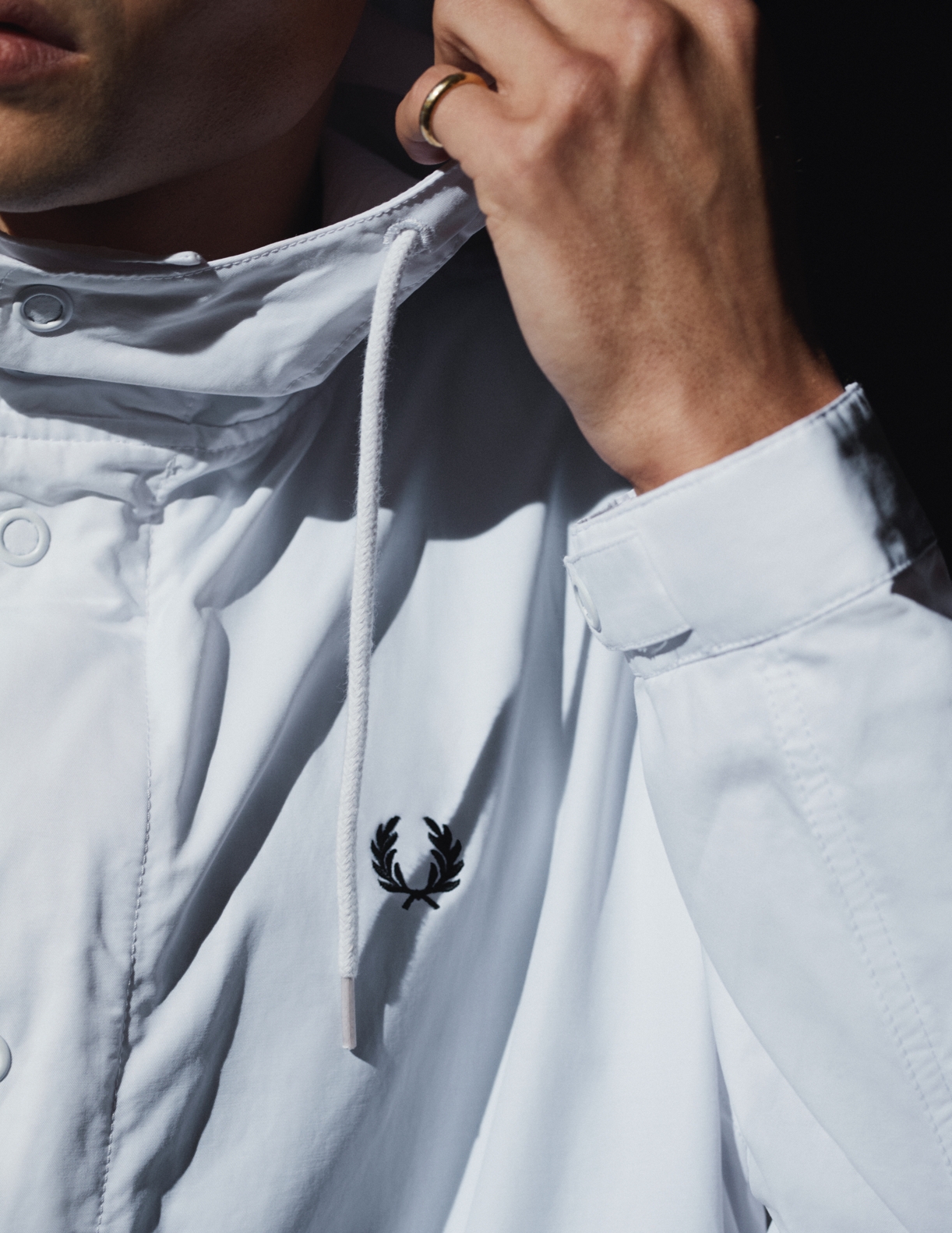 “It's a bold statement of intent,” says Phil Barton, owner of Soho record shop and subculture institution, Sister Ray. “When Metallica issued their all-black Metallica album in 1991 it had that Beatles feel too. Now, like The White Album, it’s only referred to by its colour, black.” And while bands like The Pet Shop Boys have made the case for more minimal album covers over the years with their all-white designs, overlaid with single words and stark images, they miss an element of timing. “Because you could easily argue that The Black Album and The White Album show those bands at their creative peaks. They had the songs and self-belief to carry it off.”

More than anything, this new white take on the parka is a blank canvas. Rauschenberg’s simple paintings were so important not just because they were unconventional, but because every viewer saw something different in them. When a piece is stripped of its normal colour, and freed from the usual associations, its creative potential is limitless. Here, it resets the possibilities for how a subculture icon can evolve with future generations. What are you going to do with yours? 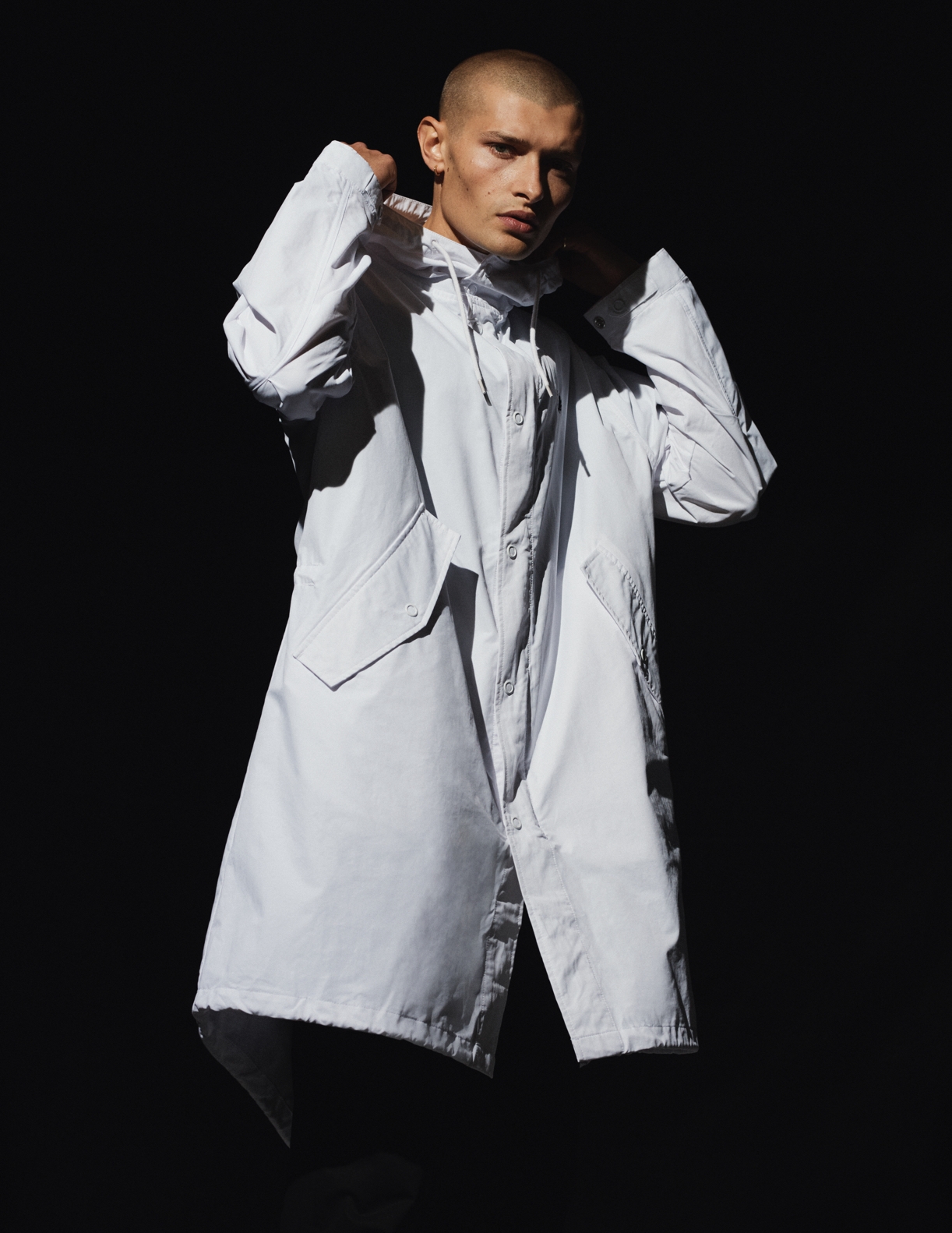